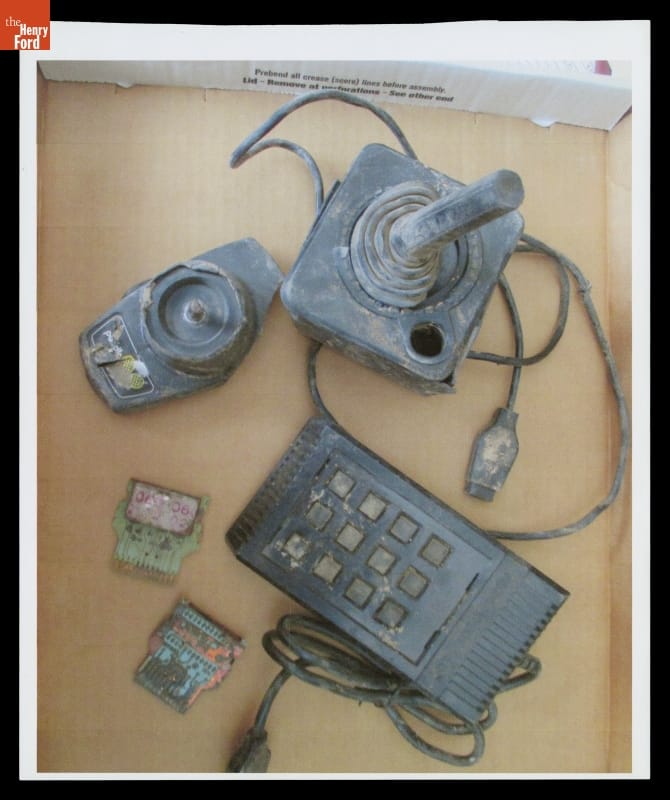 The Strongest Sandstorm of the Year
A 30-foot-deep pit in constant danger of collapsing in on itself. Mercury-laced pig remains. Unexploded World War II ordnance. Poisonous gas. Two years ago, the threats were real in the desert landscape of Alamogordo, New Mexico, as archaeologists prepared to commence an important historical dig.

For video games. In a landfill.

In April 2014, the Atari burial ground of urban legend was excavated and artifacts exhumed to worldwide media acclaim. More important, a global conversation about what archaeology is or should be began. And a new strand of the scientific study of human history, culture and its preservation that had been somewhat underground was given newfound legitimacy. 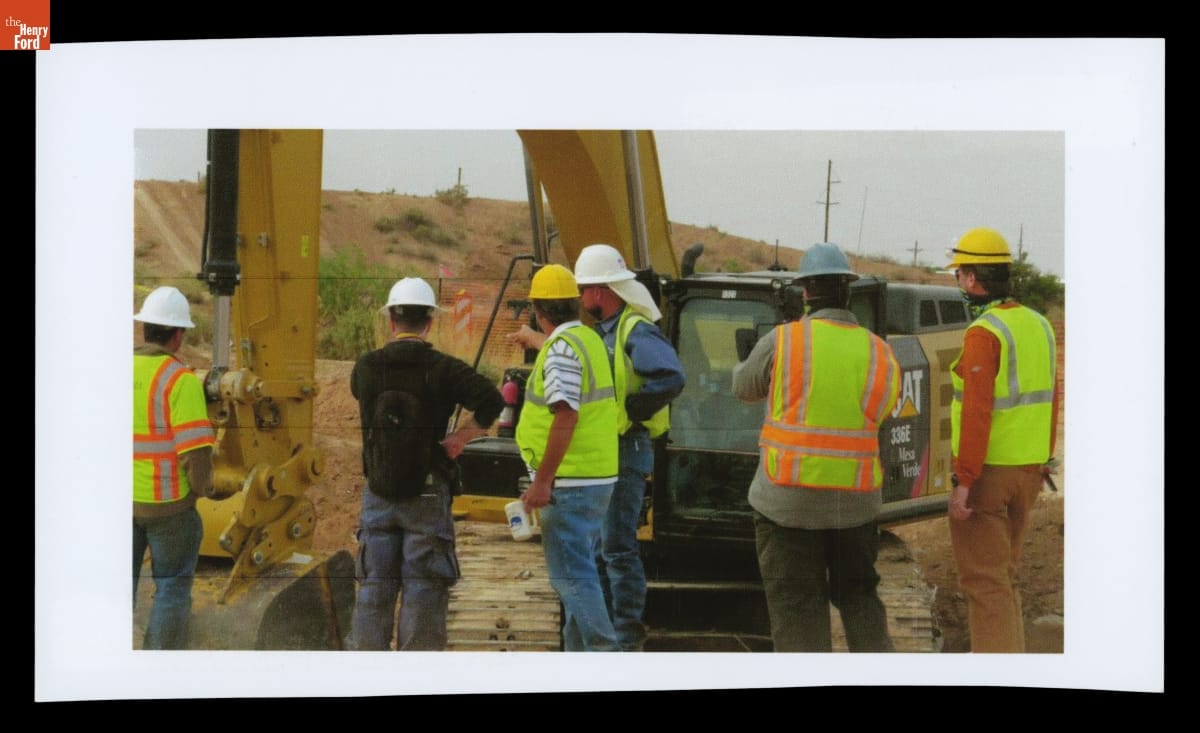 Punk Archaeology
Known as “archaeology of the recent past,” punk archaeology is archaeology at the margins, focusing on documenting and preserving histories and cultures thought of by others as either too strange or obscure for serious study. Thriving on a DIY work ethic, volunteerism and community outreach, it bridges the gap between science and instant communication with a curious public.

This movement began in 2008 when two professors of archaeology, Bill Caraher and Kostis Kourelis, started casual conversations about how quite a few Mediterranean archaeologists they knew of also had punk rock associations or predilections. Those chats jump-started a blog, where the two started bantering online about themes shared between punk rock and their own archaeological methods. How punk rock and archaeology share an irreverence of tradition, an interest in abandoned spaces and see value in objects discarded. How they both embrace destruction as part of the creative process. How punk music has archaeological underpinnings in its songs — not in their reproduction of the past necessarily, but in their preservation of the past through brazen critique.

The blog ultimately led to the publication of the book Punk Archaeology, a manifesto of sorts about how we can use punk music as a tool to think about archaeology in different, more playful ways. But like punk, the play is serious and has, at its core, a social conscience.

As a collective study, punk archaeology realizes that as the speed of consumerism and technology continue to increase at such a rapid rate, it threatens to leave no real archaeological record. That by recording the recent past and the artifacts left behind almost as it happens, punk archaeologists can retain information for future use by scholars of culture, technology and even trash. Punk archaeology strives to give a voice to history that can be too easily ignored or forgotten by the mainstream.

All of us have one foot in punk history and the other foot in either classical antiquity or the American West. We were willing volunteers, happy to participate in a project that would be a first-of-its-kind technology excavation. All captivated by the weirdness surrounding the story behind it and mindful of how punk embraces the weird and does so on a shoestring.

A Tale of Trash
Urban legend had it that in 1983 video game giant Atari buried millions of copies of its notorious flop, E.T. — The Extra-Terrestrial, in a landfill in the New Mexico desert. Trucked over from Atari’s warehouse in El Paso, Texas, and dumped, the games sat among heaps of trash, subject to nightly thefts by adventurous kids who would sneak in and grab from the pile, until everything was finally driven over with heavy machinery and covered with a slurry of concrete and alternating layers of sand and garbage.

The facts and fiction of the tale had long been debated in certain circles. Some rumors claimed that Atari buried the goods to rid itself of the game thought to have singlehandedly caused the video game crash of the mid-1980s. Others said that the dump never happened. No way could a company as huge as Atari do such a thing.

Years later, online chat rooms still continued to buzz, speculating about the truth of the legendary disposal and cover-up, with some Internet conspiracy theorists claiming that perhaps as many as 5 million games had been buried, still entombed beneath a solid concrete slab.

Finally, 30 years after the supposed event, a film production company secured the rights from the city of Alamogordo to excavate the old landfill as part of the documentary Atari: Game Over on the video game crash. When I learned of this agreement, I wrote to Fuel Entertainment to see how they planned to manage the “archaeology” of the excavation. A few months later, our team was invited to participate.

We reached the Atari level 30 feet underground on April 26, 2014, to the cheers of hundreds of Alamogordo residents, gamers, pop-culture mavens, news media and even the creator of the E.T. video game, Howard Scott Warshaw. Copies of more than 40 Atari games, plus Atari 2600 consoles and controllers, were excavated, some still boxed, in shrink wrap or with price tags from Target and Wal-Mart on them.

So a legend was proven true. But what about the archaeology? And what should be done with the artifacts recovered and the stories they held?

As we examined the recovered games, we spoke to the crowd and to the media. Traditional archaeological digs and excavations rarely have public onlookers, but we welcomed the audience, sharing what we found. Punk archaeology is public archaeology. And while the Internet usually takes a passing interest in archaeological projects, typically leaving any news of discoveries to professional journals and books, this was different. The excavation of the Atari burial ground trended globally on Twitter and Facebook, prompting a public debate as to what archaeology is.

For all of us on-site in New Mexico, the excavation yielded artifacts from our recent past that had been discarded as trash — considered artifacts now because they represent a culture, a heritage for people of a certain age. They are a statement to the corporate culture and mindset of a time. 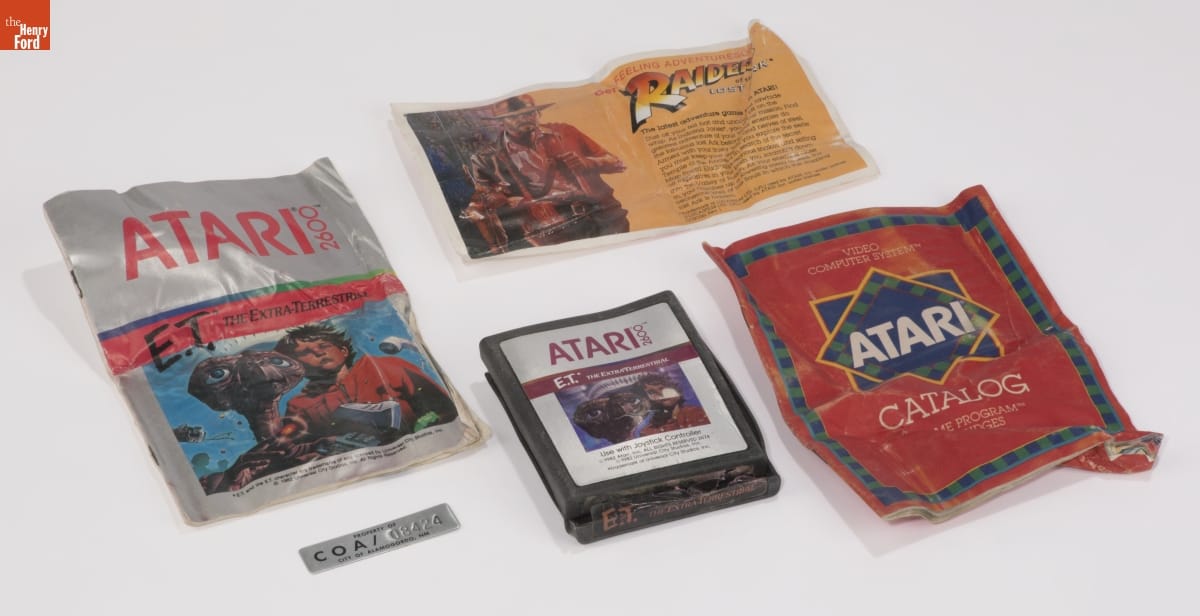 And now, they are recognized for their significance by the likes of institutions such as The Henry Ford, the Smithsonian Institution, the Strong Museum of Play and the Vigamus video game museum, all of which accepted items recovered from the Atari burial ground as part of their collections — once again giving further legitimacy to the legend, the dig and the recovered items as important artifacts in the study of 1980s pop culture and human history. Continue Reading