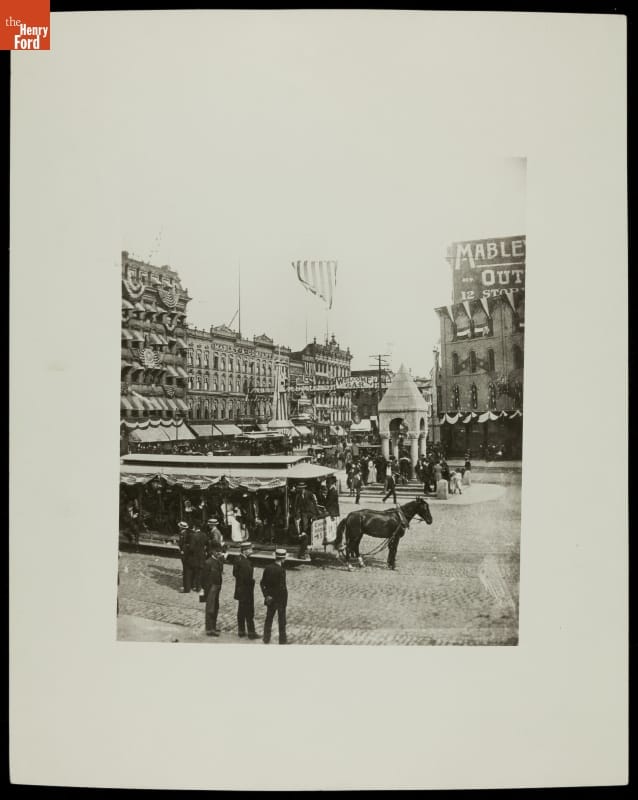 Mourning Lincoln with the Union League

We all have a unique and individual story, whether it started in this country before or after the Civil War, and the collective history of our past is the relevant ingredient that we all share. The social, political, technological, medical and scientific innovations from the Civil War were transformative and vast that serve as the foundation of the many attributes we still benefit from today.  As we get ready to celebrate Civil War Remembrance at The Henry Ford, we ask you to join us in honoring all veterans for their sacrifices and achievements in protecting, sustaining, and preserving the promise of the Constitution of the United States for “a more perfect Union.”

Brian Egen is Executive Producer at The Henry Ford.

Guests to Civil War Remembrance at Greenfield Village 2014 may have been surprised to find the Tintype Studio transformed into a living history exhibit for the weekend. The small building was outfitted as a period social club called the Loyal Union League, serving as a Lincoln campaign headquarters for the 1864 presidential race. Last year marked the 150th anniversary of President Abraham Lincoln’s reelection to a second term in office and the exhibit explored how local Union Leagues throughout the country participated in the campaign.

The previous year, The Henry Ford's Executive Producer Brian Egen and Senior Manager of Creative Programs Jim Johnson, along with members of The Petticoat Society (a living history organization), discussed the creation of a special program and interpretative scenario utilizing the Tintype Studio building. This site, because of its proximity to activities taking place at the Pavilion, Town Hall and the Village Green, was a perfect location for visitors to step back in time and experience the excitement and uncertainty of the 1864 election season. Continue Reading