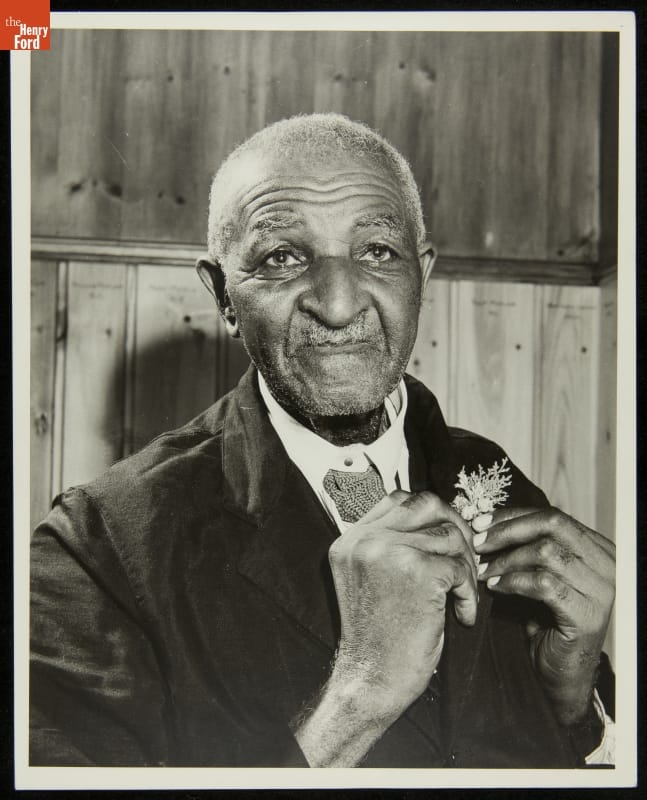 On this day in 1946, George Washington Carver Recognition Day was designated by a joint act of the U.S. Congress and proclaimed by President Harry S. Truman. Carver died just three years earlier on this day in 1943.

Immediately, public officials and the news media began to celebrate his life and create lasting reminders of his work in education, agricultural science, and art. Carver, mindful of his own legacy, had already established the Carver Foundation during the 15th annual Negro History Week, on February 14, 1940, to carry on his research at Tuskegee. It seems fitting to pay respects to Carver on his death day by taking a closer look at the floral beautis that Carver so loved, and that we see around us, even during winter.

Carver recalled that, “day after day I spent in the woods alone in order to collect my floral beautis” [Kremer, ed., pg. 20]. He believed that studying nature encouraged investigation and stimulated originality. Experimentation with plants “rounded out” originality, freedom of thought and action. 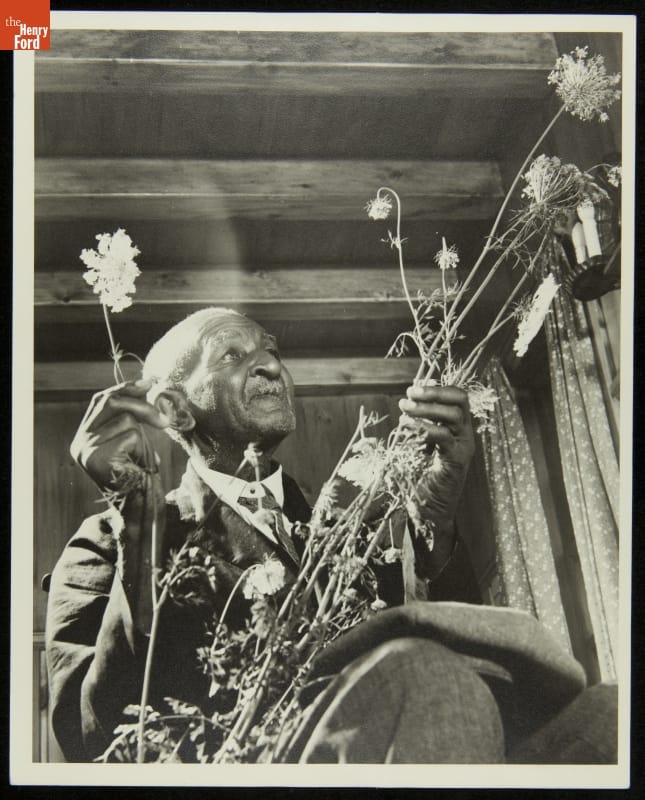 Carver wanted children to learn how to study nature at an early age. He explained that it is “entertaining and instructive, and is the only true method that leads up to a clear understanding of the great natural principles which surround every branch of business in which we may engage” (Progressive Nature Studies, 1897, pg. 4). He encouraged teachers to provide each student a slip of plain white or manila paper so they could make sketches. Neatness mattered. As Carver explained, the grading scale “only applies to neatness, as some will naturally draw better than others.”

Neatness equated to accuracy, and with accuracy came knowledge. Farm families could vary their diet by identifying additional plants they could eat, and identify challenges that plants faced so they could correct them and grow more for market.

Carver understood how the landscape changed between the seasons, and exploring during winter was just as important as exploring during summer. Thus, it is appropriate to apply Carver’s directions about observing nature to the winter landscape around us, and to draw the winter botanicals that we see, based on directions excerpted from Carver’s Progressive Nature Studies (1897). (Items in parentheses added to prompt winter-time nature study - DAR and DE, 3 Jan 2018.) 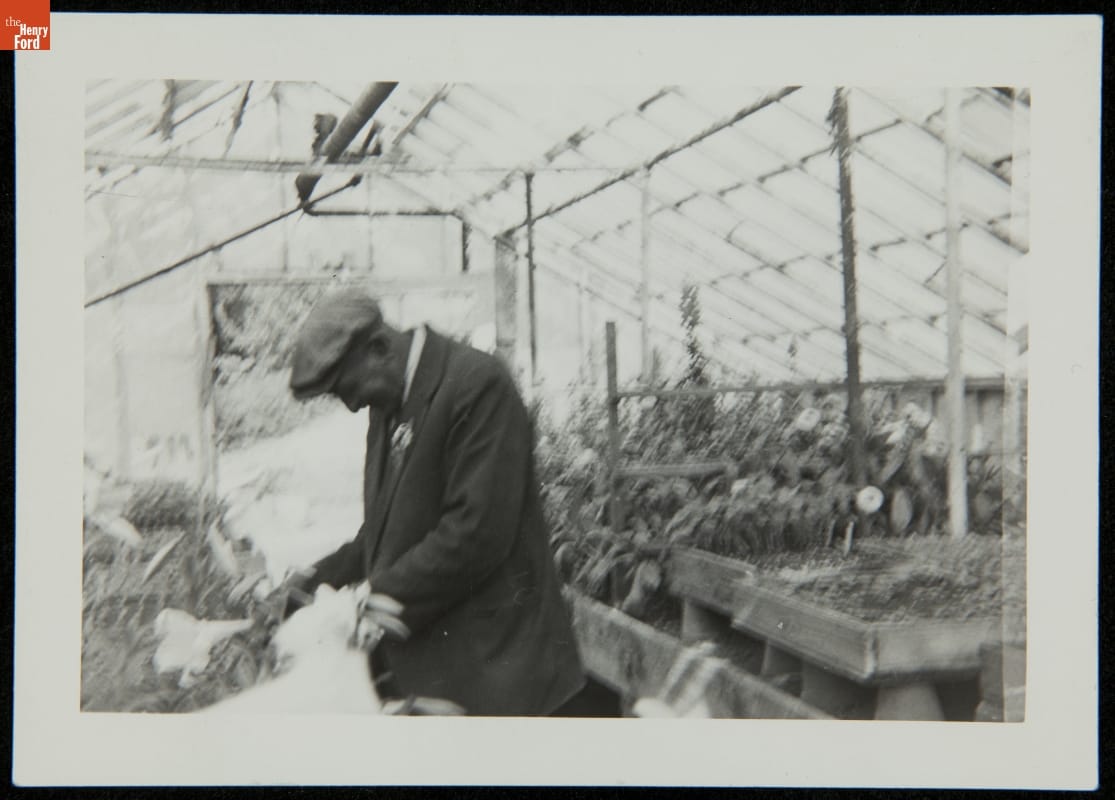 In 1910, Carver included directions for work with nature studies and children’s gardens over twelve months. Selections from “January” suitable for nearly all southern states” included: 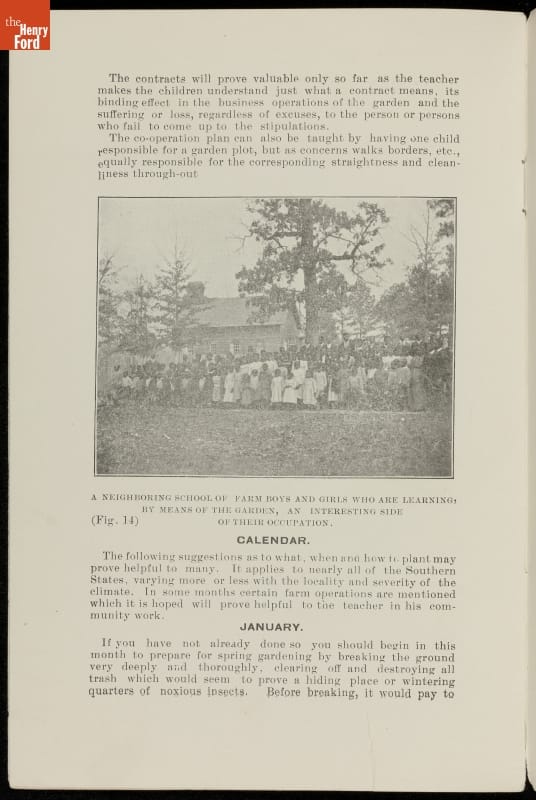 Carver illustrated his own publications, basing his botanical drawings on what he observed in his field work. He conveyed details that his readers needed to know, be they school children tending their gardens, or farm families trying to raise better crops. 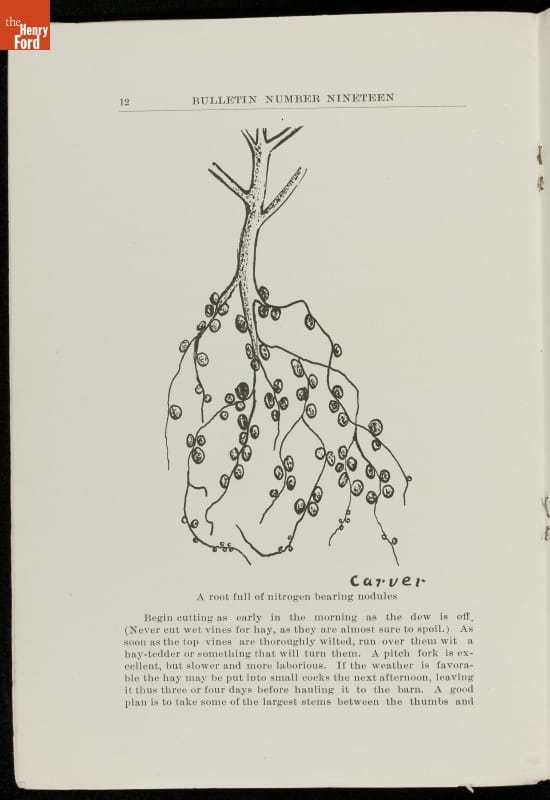 Edible wild botanicals, also known as weeds, appeared in late winter. Carver encouraged everyone from his students at Tuskegee to Henry Ford to consumer more wild greens year round, but especially in late winter when greens became a welcome respite from root crops and preserved meats which dominated winter fare. His pamphlet, Nature’s Garden for Victory and Peace, prepared during World War II, featured numerous drawings of edible wild botanicals, also called weeds. Americans could contribute to the war effort by diversifying their diets with these greens that sprouted in the woods during the late winter and early spring. Carver illustrated each wild green, including dandelion, wild lettuce, curled dock, lamb’s quarter, and pokeweed. Following the protocol used in botanical drawing, he credited the source, as he did with several illustrations identified as “after C.M. King.” This referenced the work of Charlotte M. King, who taught botanical drawing at Iowa State University during the time of Carver’s residency there, and who likely influenced Carver’s approach to botanical drawing. King’s original of the “Small Pepper Grass” drawing appeared in The Weed Flora of Iowa (1913), written by Carver’s mentor, botanist Louis Hermann Pammel. 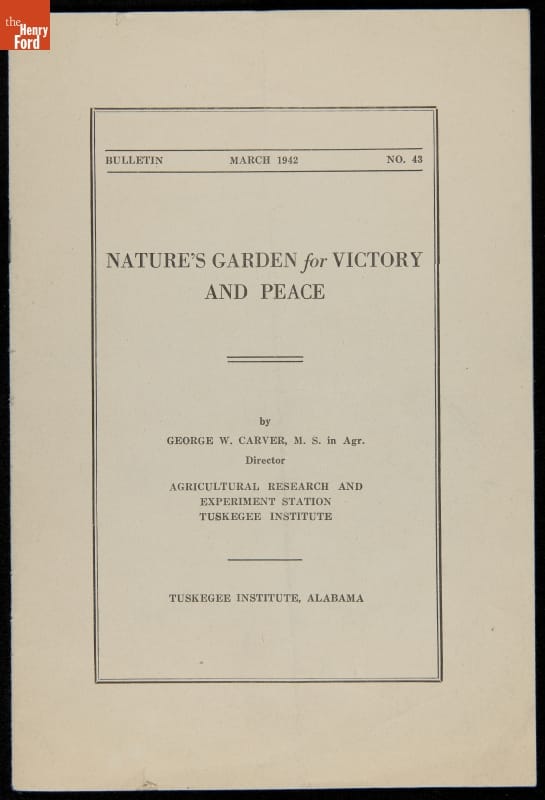 To learn more about Carver, consult these biographies:

To read more about Carver and Nature Study, see: