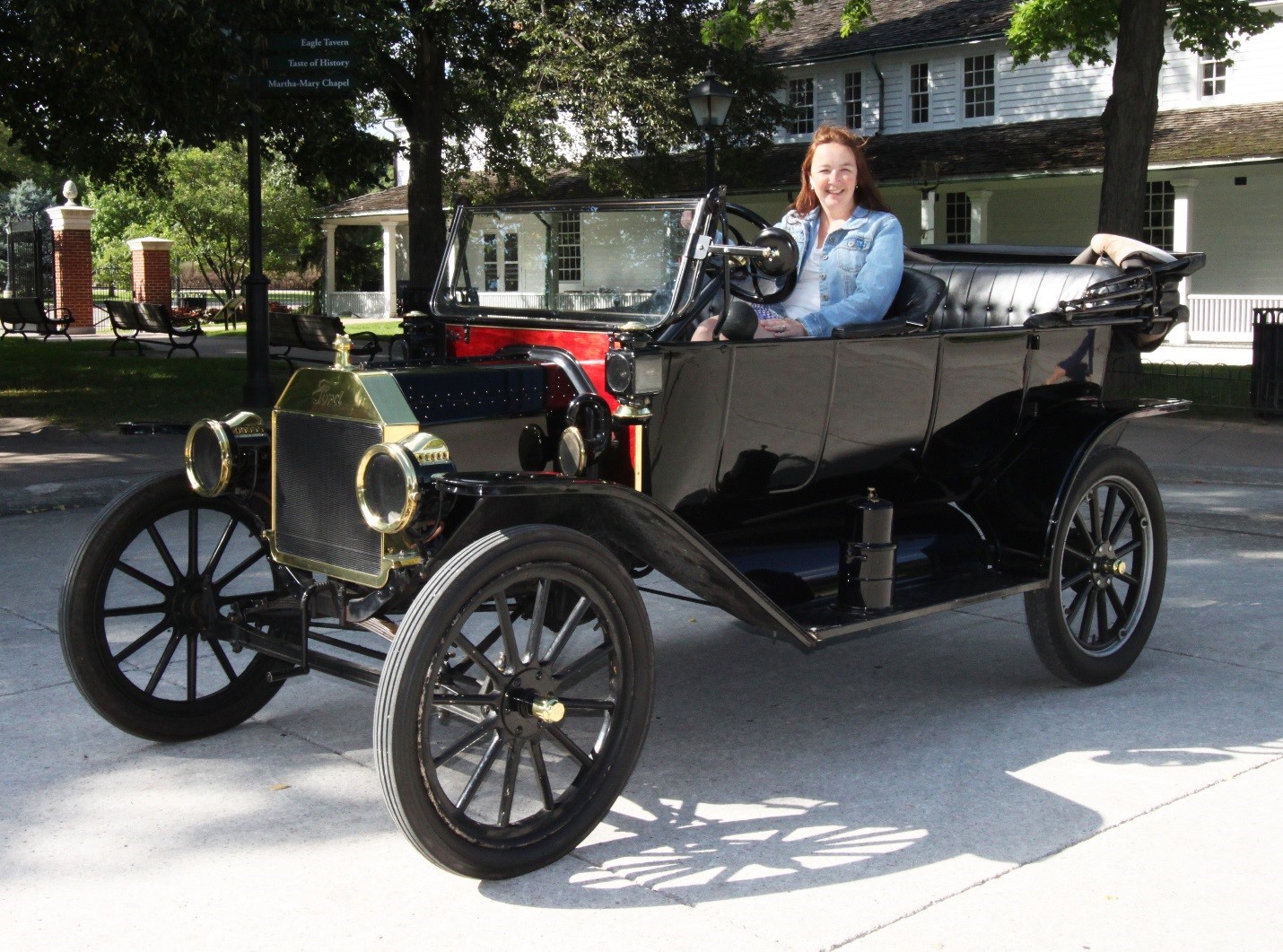 In the summer of 2014 I had the opportunity to study at The Henry Ford through the National Endowment for the Humanities Landmarks of American History and Culture Workshop “America’s Industrial Revolution at The Henry Ford.” I had applied for two NEH programs that spring, one in Boston and the other at The Henry Ford. As a history major, I was very excited about the idea of Boston. Being a Michigan resident, I had been to The Henry Ford numerous times in my life and I "knew" what was there. I knew I would be happy with either location and a week of studying history is pretty much what history nerds want, right?!

I was honored to get the letter inviting me to The Henry Ford even if I was a little disappointed that I would not spend three weeks in Boston. I was somewhat concerned because as I left school in June, I knew that my schedule for the next school year was World History and AP European History - not necessarily classes that I thought related to Michigan or the collection at The Henry Ford.

Was I in for a surprise. My week at The Henry Ford blew me away. Henry Ford Museum of American Innovation, Greenfield Village, and the Ford Rouge Factory offered social, economic, and political history for the US and technological artifacts that directly related to the worldwide Industrial Revolution. I came back to school with images of technologies that had propelled the world into the modern era and new ideas of how to share those images with my students. On top of the sheer number artifacts, the staff of The Henry Ford also put together a collection of speakers with expertise beyond any I had studied before. 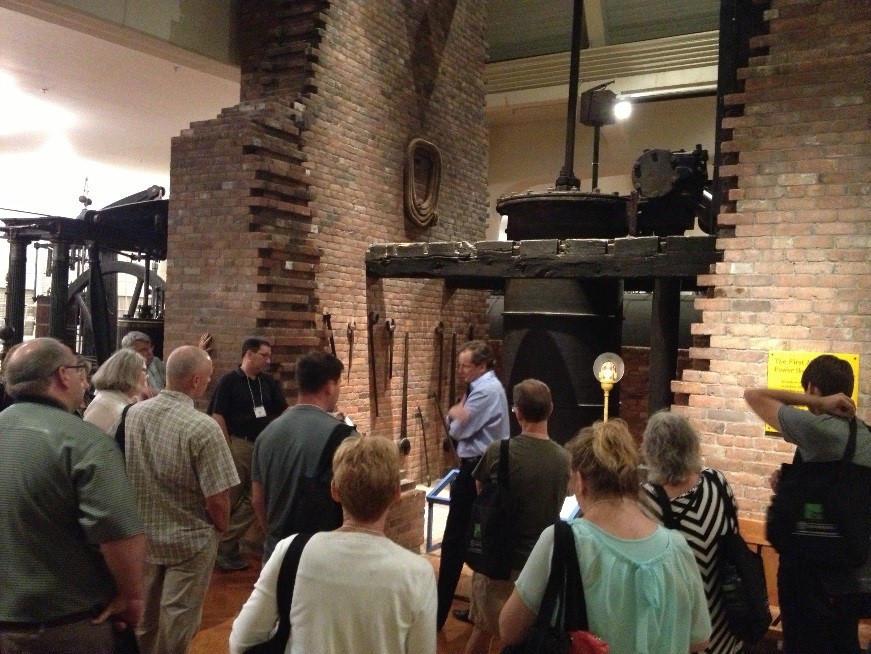 That first year back I did not have the time or the resources to take my students to The Henry Ford, but I showed clips and shared my experiences. In 2015 I was given the opportunity to teach AP US History and my main goal was to get my students to the museum and village. With the help of a grant from The Henry Ford my first class of 40 AP US History students got to spend a day at both locations. We spent the morning in the rain wandering around the village and seeing the buildings and pieces of history.  The afternoon was warmer and drier and we were able to wander through the museum and see artifacts that we were reading about in the classroom.

In 2016 the interior design teacher and I brought two buses of students to see the village and we wandered through time, seeing the changes in American life from the colonies to the 1920s. We rode the train and watched as The Henry Ford’s artisans showed how everyday items were created with past technology. With both visits, my time at the workshop came flooding back. I could share with my students details about the buildings, artifacts, and museum history that are not available to just any visitor.  I felt like I took them on a journey through time. Both years I was able to use the trip to make connections that would have been more abstract without those personal experiences. More than half of my students had never been to the village or museum before this trip. 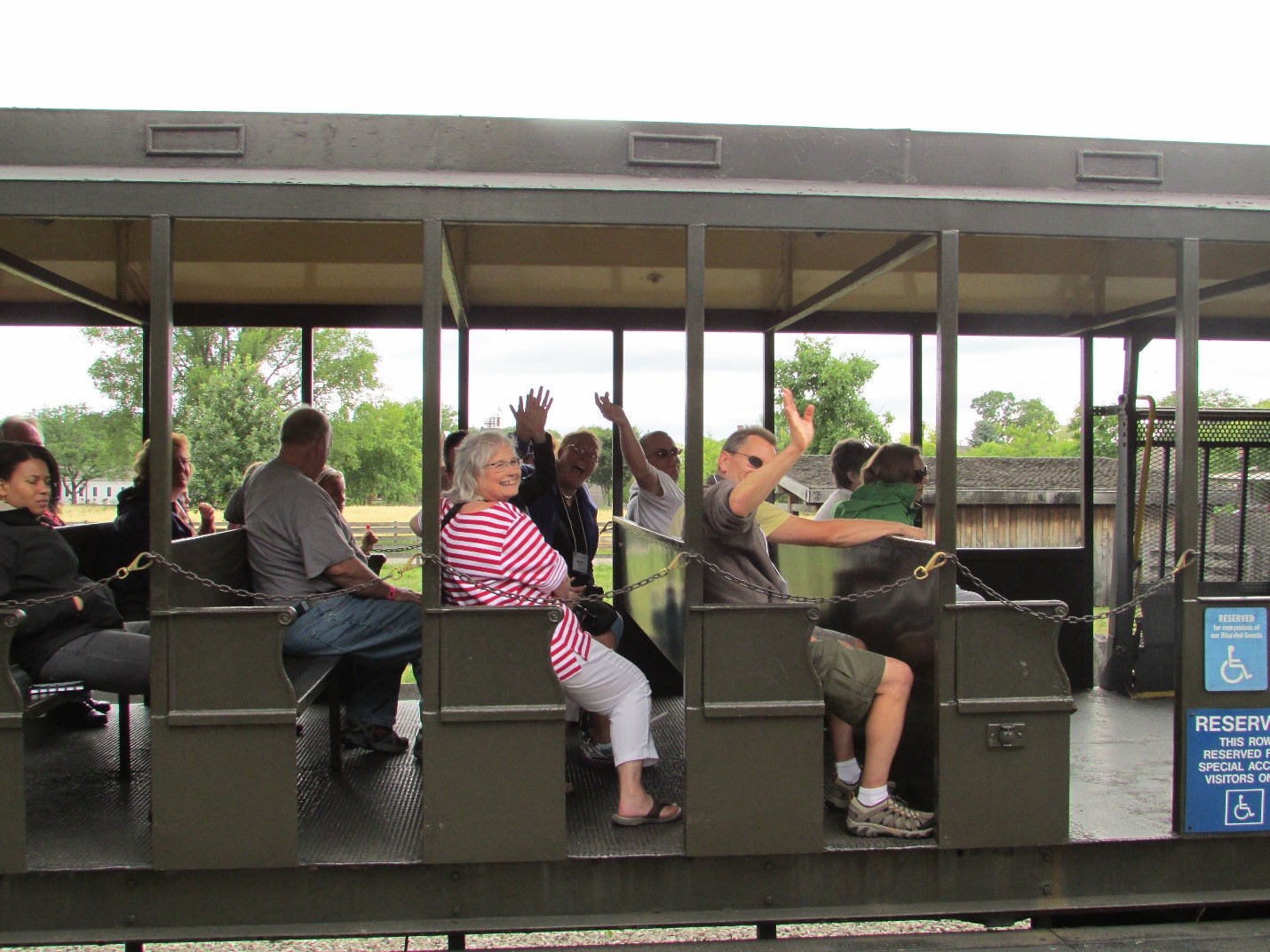 NEH teachers learn by doing on the Weiser Railroad in Greenfield Village.

I asked some students to share their experiences and here is what a few had to say.

"Throughout the field trip I enjoyed seeing many historical buildings that contributed to American History. I didn't think I would ever get a chance to see the laboratory where the Wright Brothers did their famous work. I had seen pictures of their workshop when I created a project on them in middle school. Overall a great experience."

"It was fascinating to actually see the stuff that we read about in textbooks. The Thomas Edison exhibit was interesting because there was indoor electricity but still had an outhouse. "

"I mean personally for me, it was just amazing to see things and stuff that didn't even originate in Michigan. The fact everything there is kept as detailed and accurate as possible amazes me. The old style homes were crazy and definitely reflected the location they belong in in their architectural design.  So simply put it was a fantastic opportunity to learn a lot about not just our state, but others and see the different technological advancements."

My last day at The Henry Ford my family came down to visit and we spent an extra day taking our daughters around the museum and village. Needless to say, we left with a family membership and have been back at least three times a year since. We have shared the experience with friends and family and watched the World Series of Historic Baseball and ice skated during the Christmas festivities. We saw Gridiron Glory and grooved to the Beatles in The Magical History Tour. It is our day trip destination of choice.

With a little creative planning, the buildings and artifacts on display in Greenfield Village were the ideal companion to my current world history unit. I’m teaching about the Neolithic Era of world history, which is from approximately the end of the last Ice Age (10,000 years ago) until about 3,000 BC.  The Agricultural Revolution began around 5,000 BC.  It is when humanity moved away from hunting and gathering, instead domesticating animals and beginning to plant crops. They also developed tools like the plow and used canals to irrigate crops and fields.

My students do not have a very concrete understanding of agriculture, as they come from an urban/suburban area. They have seen farms on television and in movies. But they have not had the personal experiences that would bring the agricultural revolution to life.

Fortunately Greenfield Village allowed my students to experience in person a farm that employs principles of the agricultural revolution, like using domesticated animals as a source of power.  Using Firestone Farm in Greenfield Village, my colleagues and I constructed a “farm-focused” field trip as a component of our world history course.

The people, animals, and artifacts at Firestone Farm made our world history unit come alive.  The employees and volunteers were happy to explain how and why farmers have used and interacted with domesticated animals.  The students were excited to see the Merino sheep, draft horses, pigs, and chickens in and around the barnyard at Firestone.  They gained a greater understanding of the tools and technology created during the agricultural revolution by examining the plows, seed drills, and other pieces of equipment in the Firestone Barn. Reading about a barn, or seeing one on TV doesn’t compare to actually stepping foot in one. Holding the tools, watching the animals, and smelling the barn did far more to impress upon my students the rigors of farming more than any textbook could.

The Henry Ford is, and should be, a favorite destination for American history field trips. But with the help of The Henry Ford, creative teachers can also make textbooks come alive for STEM (science, technology, engineering and math), art, economics, civics, world history, and English language arts.

Matthew Mutschler is a veteran teacher currently teaching middle school in the Warren Consolidated School District. He has been involved with The Henry Ford for a number of years, and is an alumnus of both The Henry Ford Teacher Fellow Program and the National Endowment for the Humanities Landmarks of American History and Culture workshop America’s Industrial Revolution at The Henry Ford.

This #GivingTuesday consider helping us bring more teachers and students on field trips to The Henry Ford by giving a gift of at least $8.