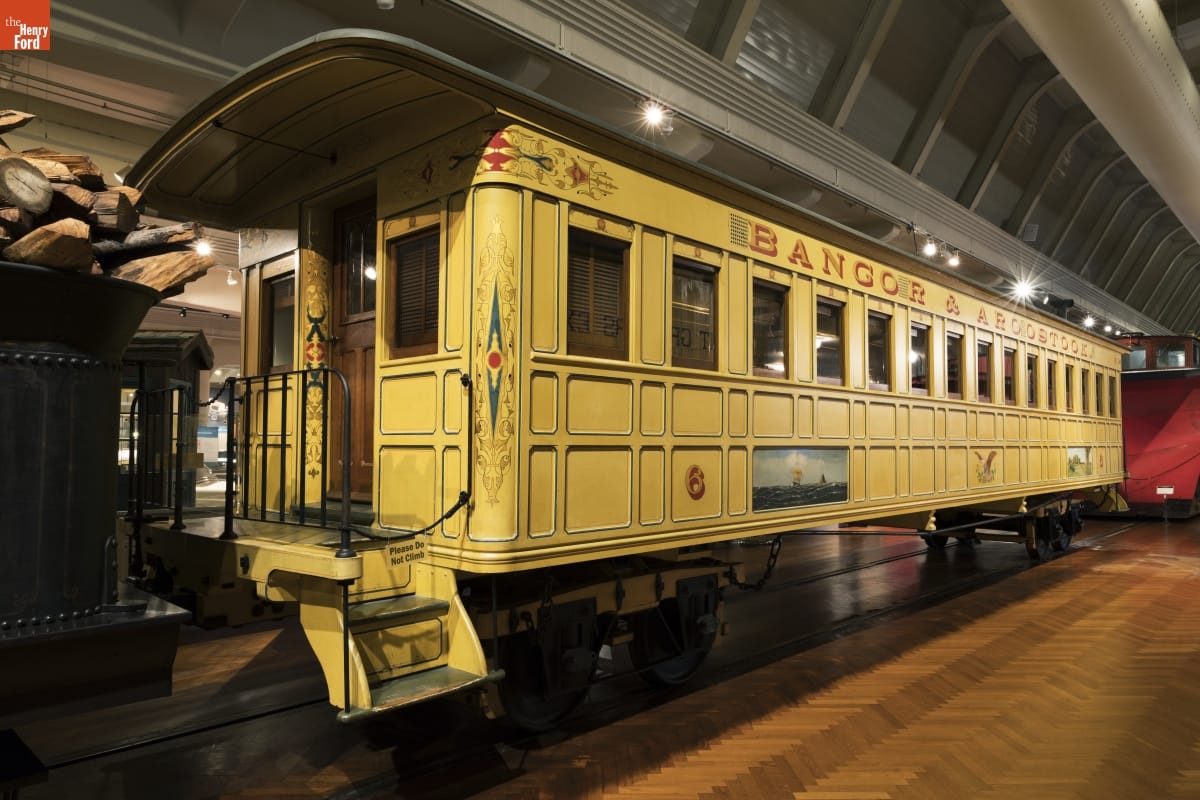 Historian Wolfgang Schivelbush has convincingly claimed that open cars such as this were “economically, politically, psychologically and culturally the appropriate travel container for a democratic pioneer society”—contrasting such vehicles with the European compartment cars that reflected the stratified social conditions there. While it is generally acknowledged that Mississippi riverboat accommodation provided the prototype for the open cars developed by American railroads, there can be no doubt that the increasing spread of the American railroad network, using open cars as the standard passenger vehicle, helped promote this democratic, all-in-it-together approach to travel. 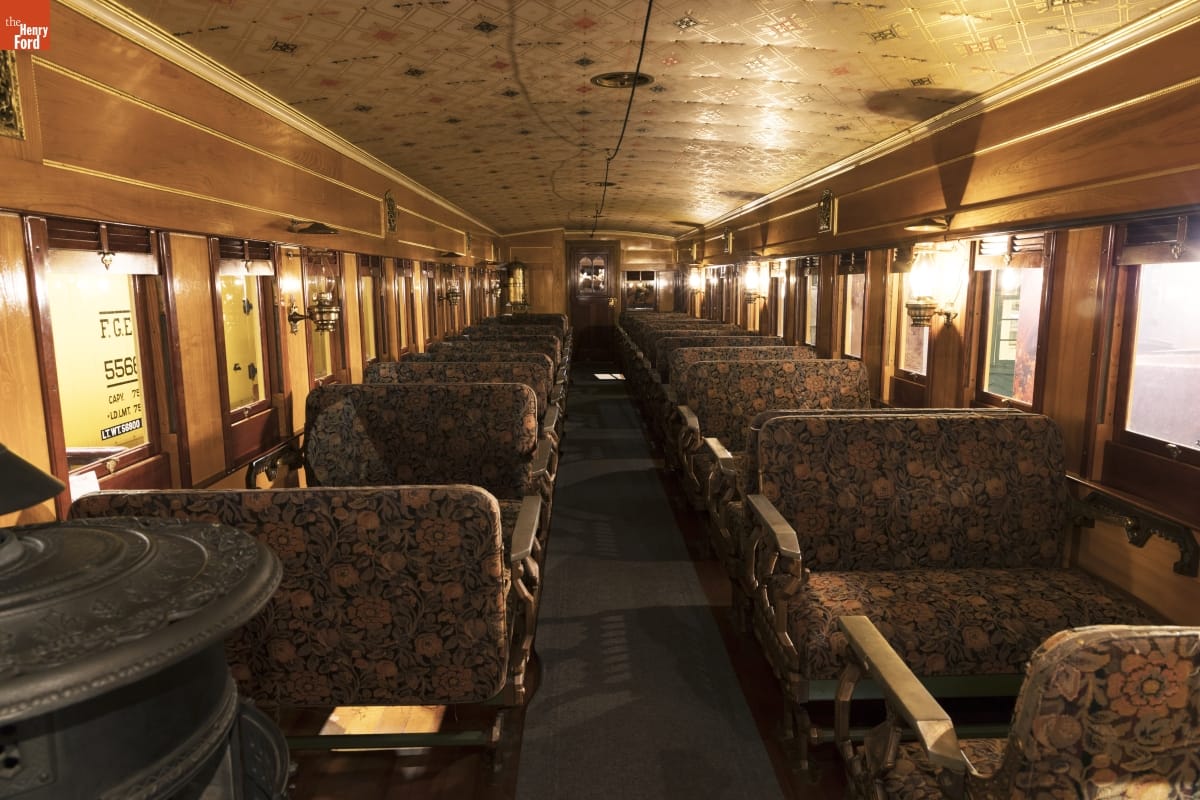 The open layout might appear to us practical, rational, and straightforward, but in many ways it was radical and socially innovative. And even if its layout simply reflects the social norms or attitudes of its era, it absolutely offers evidence of a social leveling largely unknown in other developed nations. Not until the era of the cheap automobile did enclosed personal compartments become the transportation situation of choice for the general public.