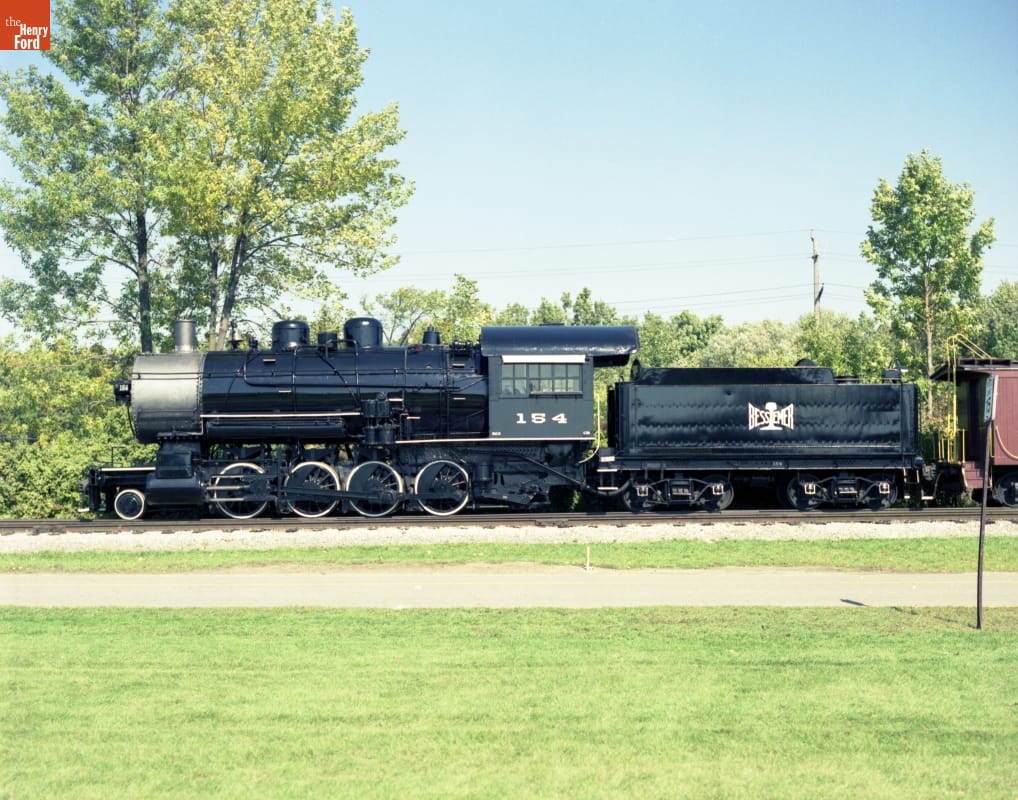 Locomotives like the 1909 Baldwin “Consolidation” Steam Locomotive, currently on exhibit in Henry Ford Museum of American Innovation, were designed to haul heavy freight trains at relatively slow speeds: a perfect example of the kind of anonymous motive power designed to haul apparently unremarkable material. This example was built for the Bessemer and Lake Erie (B&LE), an Andrew Carnegie–owned railroad connecting the port of Conneaut, Ohio, on Lake Erie with Bessemer on the outskirts of Pittsburgh, Pennsylvania. Traffic on the B&LE consisted almost exclusively of southbound iron ore trains and northbound coal trains—a great example of an apparently modest connector railroad playing a limited but utterly crucial role in a nationally important heavy industry.

The B&LE locomotive used a 2-8-0 wheel arrangement—two pilot wheels and eight driving wheels, but no trailing wheels under the cab. One of the first locomotives of this type was ordered in 1866 by Pennsylvania’s Lehigh and Mahony Railroad and named Consolidation. In time, that engine’s formal name came to describe any steam locomotive of the 2-8-0 design.

Visually, the B&LE locomotive stands in stark contrast to the “Sam Hill,” just 50 years its senior: no pinstriping to refresh, no bright paintwork to keep clean, no brass to keep polished—in fact, no superfluous details whatsoever. This is practical, brute technology designed for a single purpose, maintenance kept to fundamentals, and aesthetics of no account whatsoever. While its technological origins lie in the confident improvisations of the 19th century, the overall design of locomotives in this period was increasingly informed by a better understanding of scientific principles.


This post is adapted (with additional new material by Matt Anderson, Curator of Transportation at The Henry Ford) from an educational document from The Henry Ford titled “Transportation: Past, Present, and Future—From the Curators.”