The Emergence of “Clock Time” 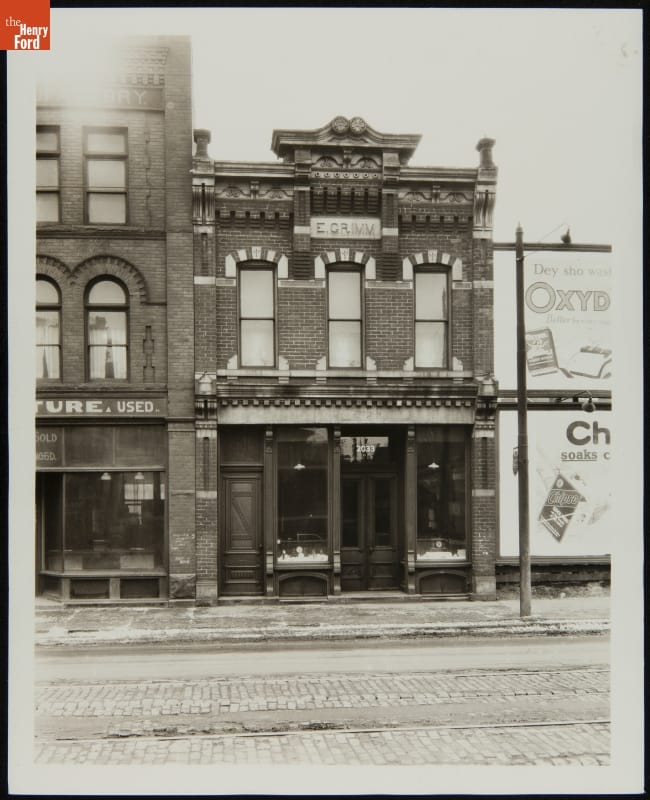 Grimm Jewelry Store on its original site on Michigan Avenue in Detroit, Michigan, 1926, before being moved to Greenfield Village. / THF254049

In the 1880s, an entrepreneur named Engelbert Grimm sold modestly priced clocks, watches, and jewelry out of this store when it was located in Detroit, Michigan. One of Grimm’s customers was, in fact, Henry Ford, who often stopped by the store to purchase watch parts and chat with him. 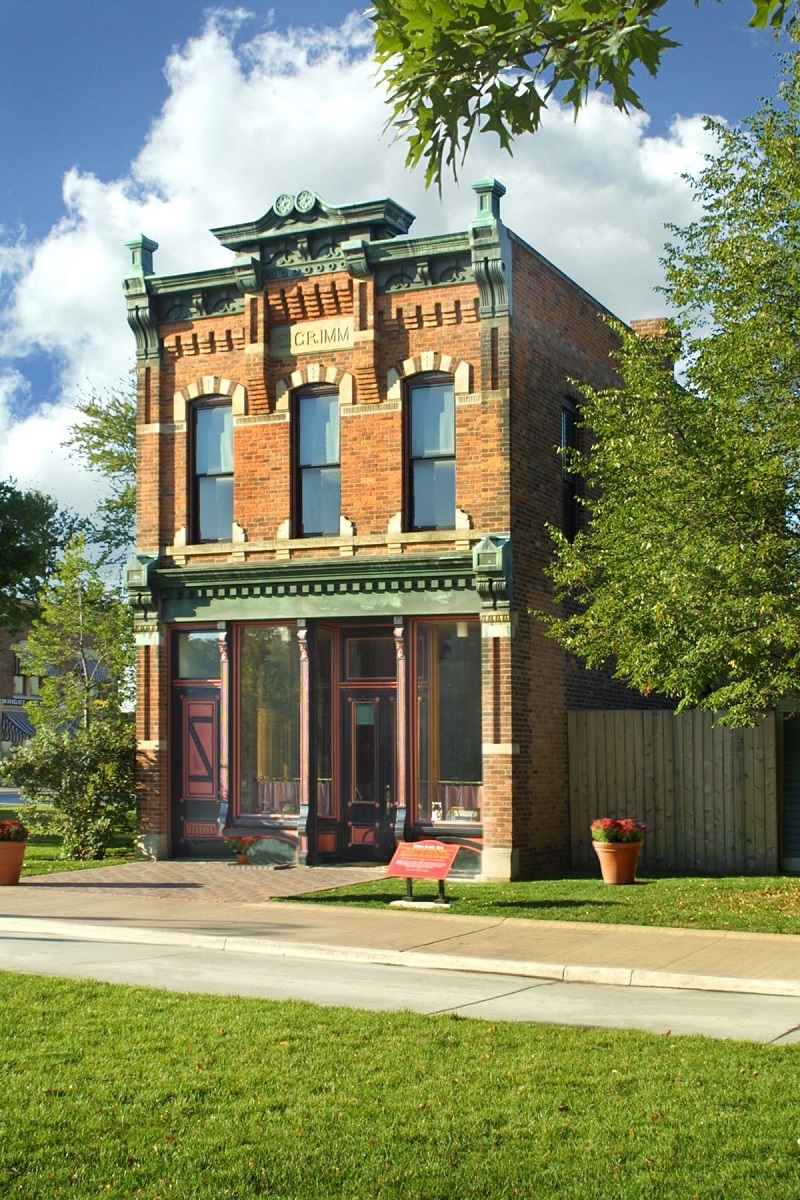 The Grimm Jewelry Store, now located in Greenfield Village, also provides a way for us to look at larger changes in Americans’ lives at the time, especially for people living in cities. 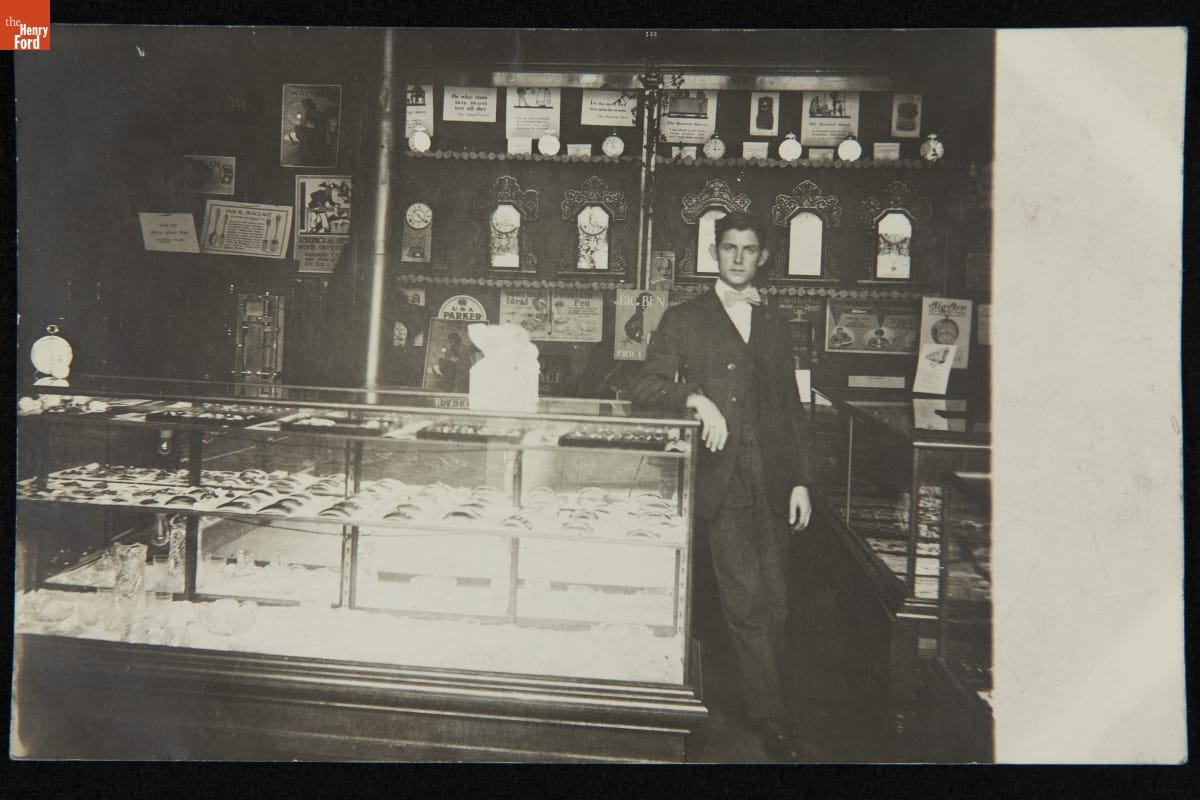 Shops selling clocks and watches became increasingly common, as seen in this photograph of a clerk posing in such a shop from Urbana, Ohio, taken some time between 1907 and 1915. / THF250161

In an increasingly urban and industrial nation, people were expected to know the time and be on time, all the time. Notice that, if you look hard enough, you can see that each of these photographs from our Detroit Publishing Company collection has a public clock in it. 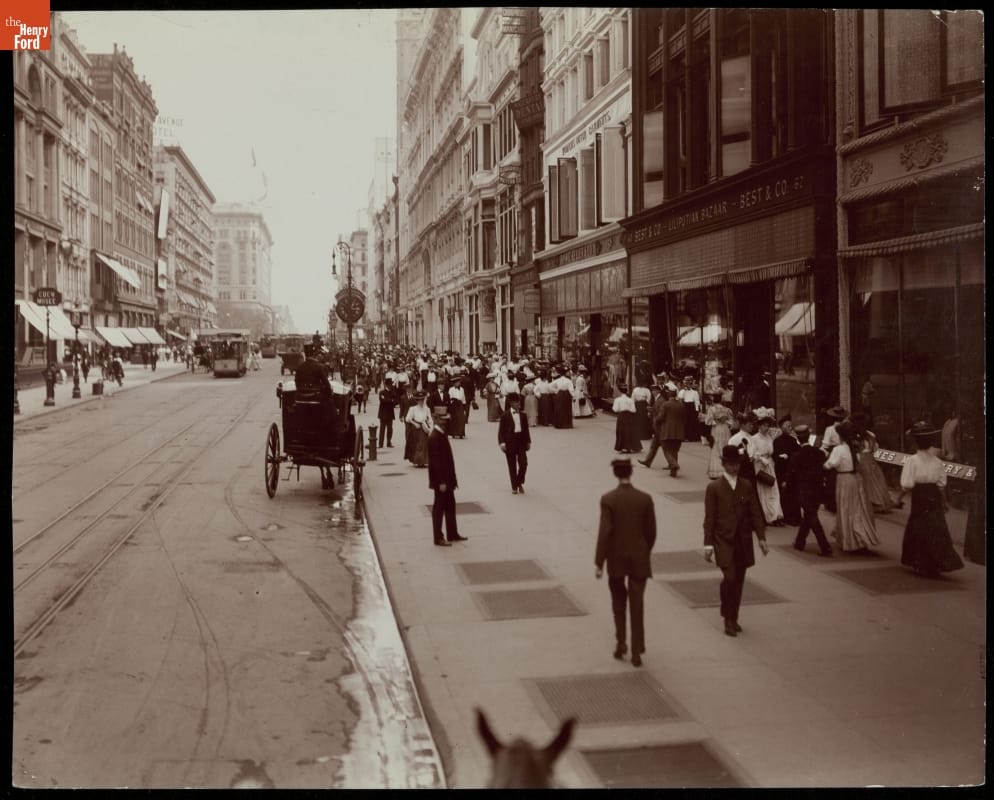 Looking down West 23rd Street, New York City, about 1908. Clock-finding clue: Look down the street, above the horse-drawn carriage, and you’ll see a large street clock on a stand. / THF204886 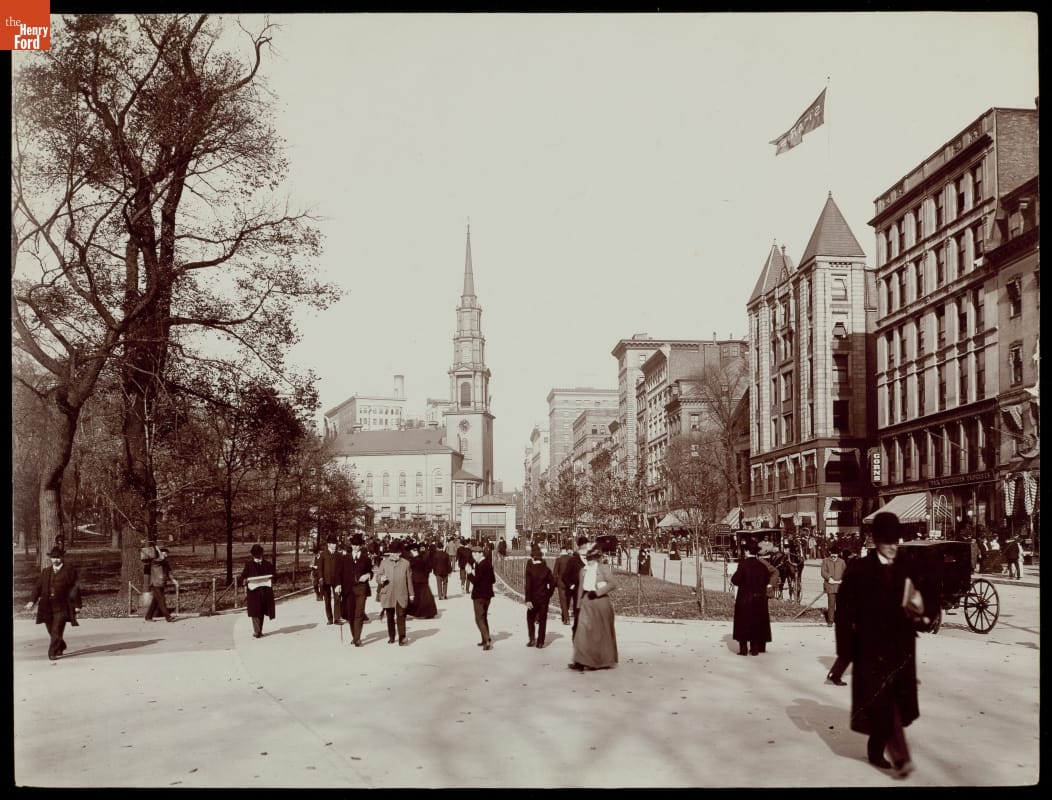 Tremont Street Mall and Boston Common, Boston, Massachusetts, about 1905. Clock-finding clue: Look at the bottom of the church steeple in the center of the photograph. / THF203418 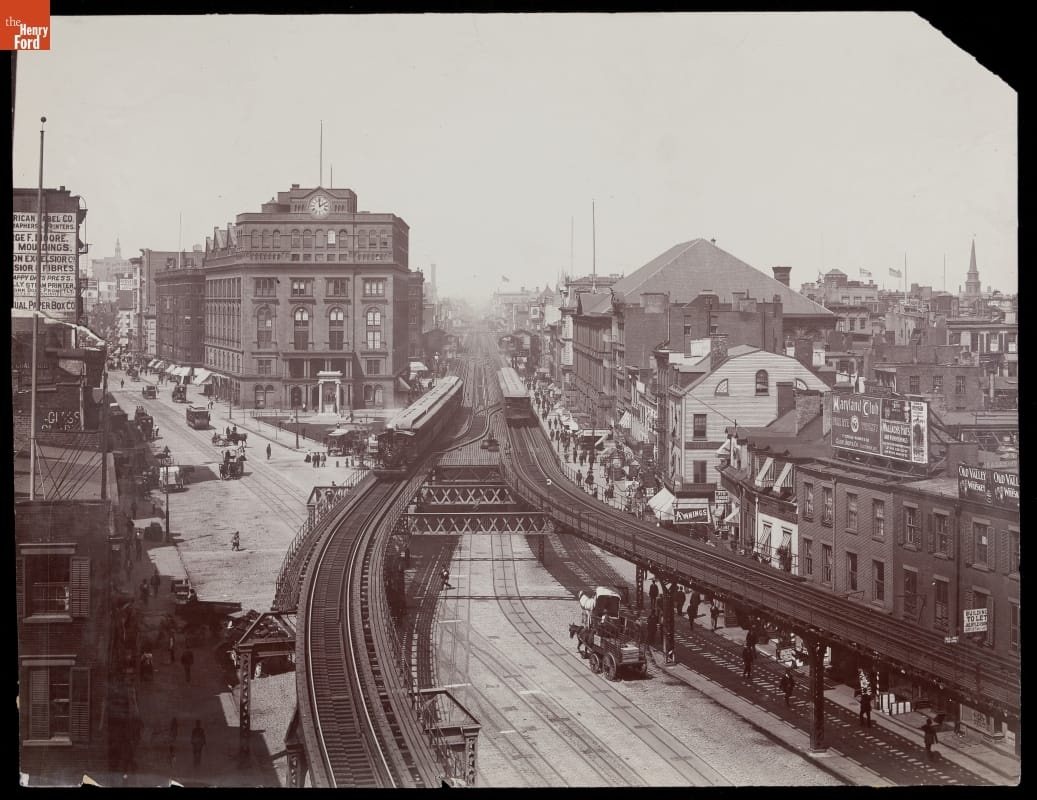 Elevated railway at Cooper Union and 4th Avenue, New York City, about 1900. Clock-finding clue: Look at the top of the building to the left of the railroad tracks. / THF203350

Synchronizing one’s watch with public clocks became part of meeting one’s social responsibility. The clock and the watch came to be seen as models for disciplined, regulated personal behavior. One advertisement for pocket watches in the 1880s claimed, “The man is nothing but a botch, who tries to live without a watch.” 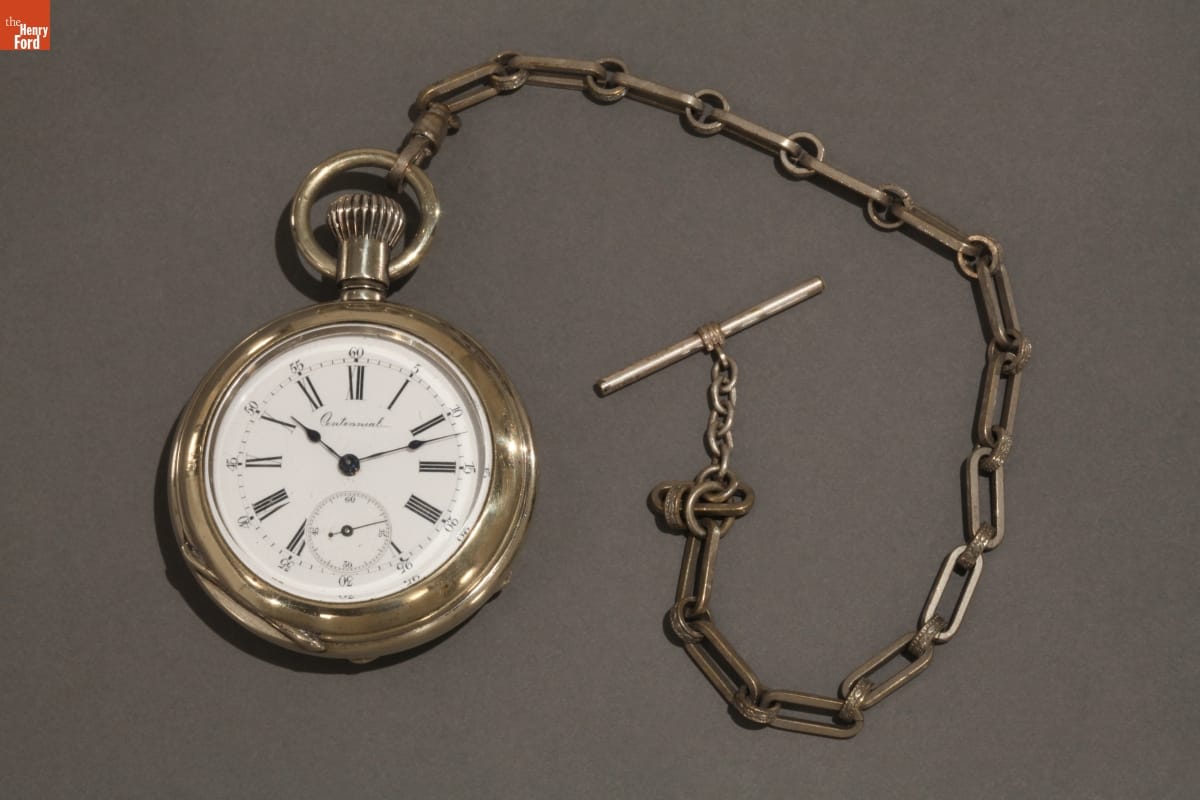 The downside to this, of course, was a greater level of anxiety—living with what was called “clock time,” an artificial construct very different from following the natural rhythms of the sun, the moon, and the seasons, as farmers had done for centuries. 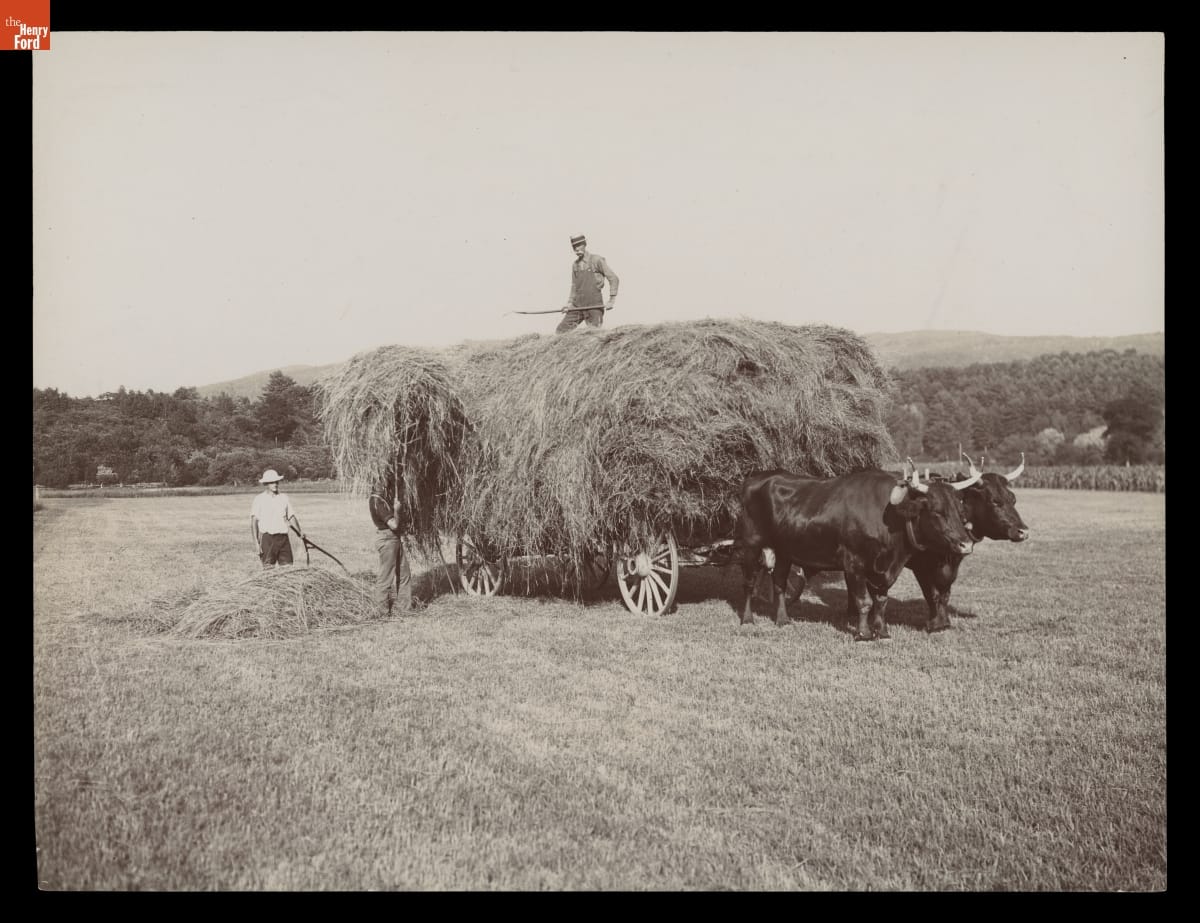 Today, we seem to be controlled by clock alarms and alerts, schedules, calendars, and the pressure to be punctual.  “Clock time” has become an expected part of our lives.