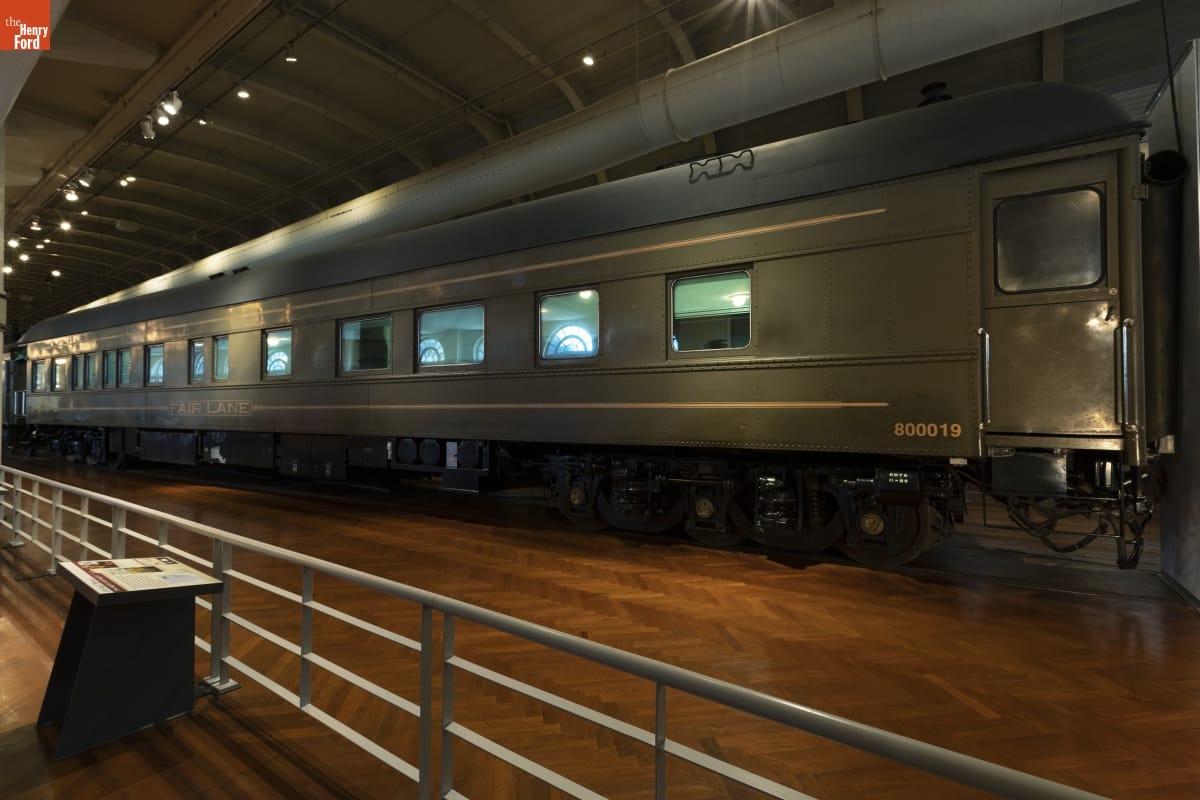 Just as many of today’s captains of industry and business leaders consider an executive jet to be a crucial part of their tool kit, so in the period prior to widespread air travel was the railroad business car considered an essential amenity. There are two basic categories of business cars, each with their equivalents in the modern world of business jets: the private car (at its most grandiose taking the form of “a palace on wheels”), owned by a wealthy individual or large corporation, and the chartered car, a well-appointed business car available for hire by companies or individuals as needed.

Business cars were attached at the rear of regularly scheduled passenger trains, according to arrangements made ahead of time with railroad companies. While the reliance on existing timetables and the inevitable complexities associated with being switched from one train to another en route might seem cumbersome and time-consuming to us, the opportunity to conduct business on the go, with food to order and a place to sleep, all in fully-staffed, well-appointed surroundings, made sense from a business standpoint: Work was accomplished, decisions were made, and the individuals concerned arrived in a better state than if they had been prey to the pitfalls of the ordinary traveler. 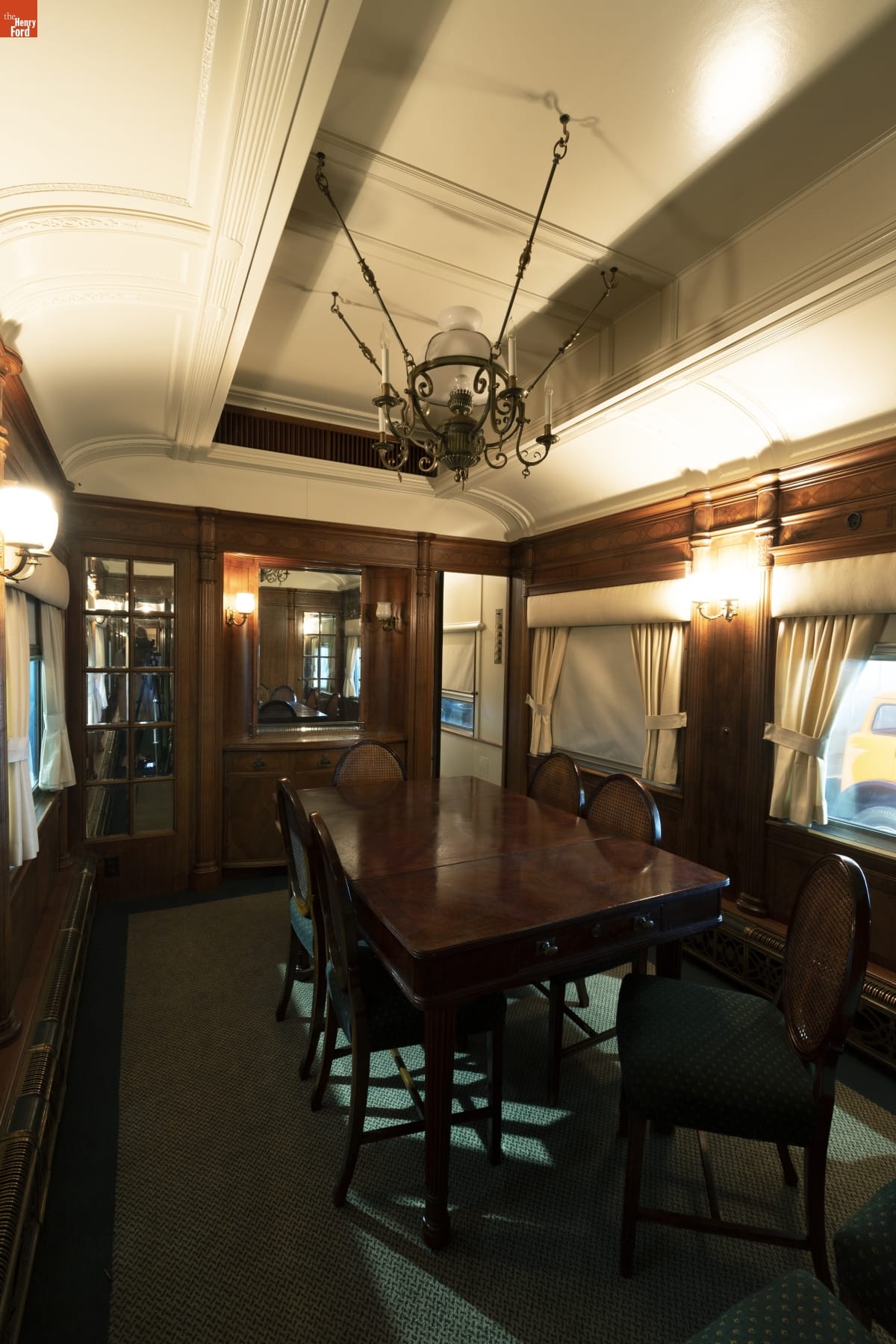 The interior of the Fair Lane, restored by The Henry Ford to as closely as possible resemble its appearance during Henry Ford’s ownership, is restrained, given Ford’s wealth. / THF186280

This car, Henry Ford’s Fair Lane, was one of the largest passenger railcars built when it was completed by Pullman in 1921. It is a private car, and as such reflects the taste of its owner, one of the wealthiest men on Earth. Paradoxically, Ford’s restrained taste and sense of occasion (think of the scale and finish of his house, given his wealth) resulted in a car that had more in common with the lower-key chartered cars—vehicles that incorporated the sumptuousness of the boardroom rather than the chairman’s own particular taste.

Even more paradoxically, traffic records reveal that the most extensive use to which Fair Lane was put was luxury transportation for Clara Ford and her close friends on shopping trips to New York City.

Explore many more images of the exterior and interior of the Fair Lane, including new 360-degree views of its compartments, in our Digital Collections.