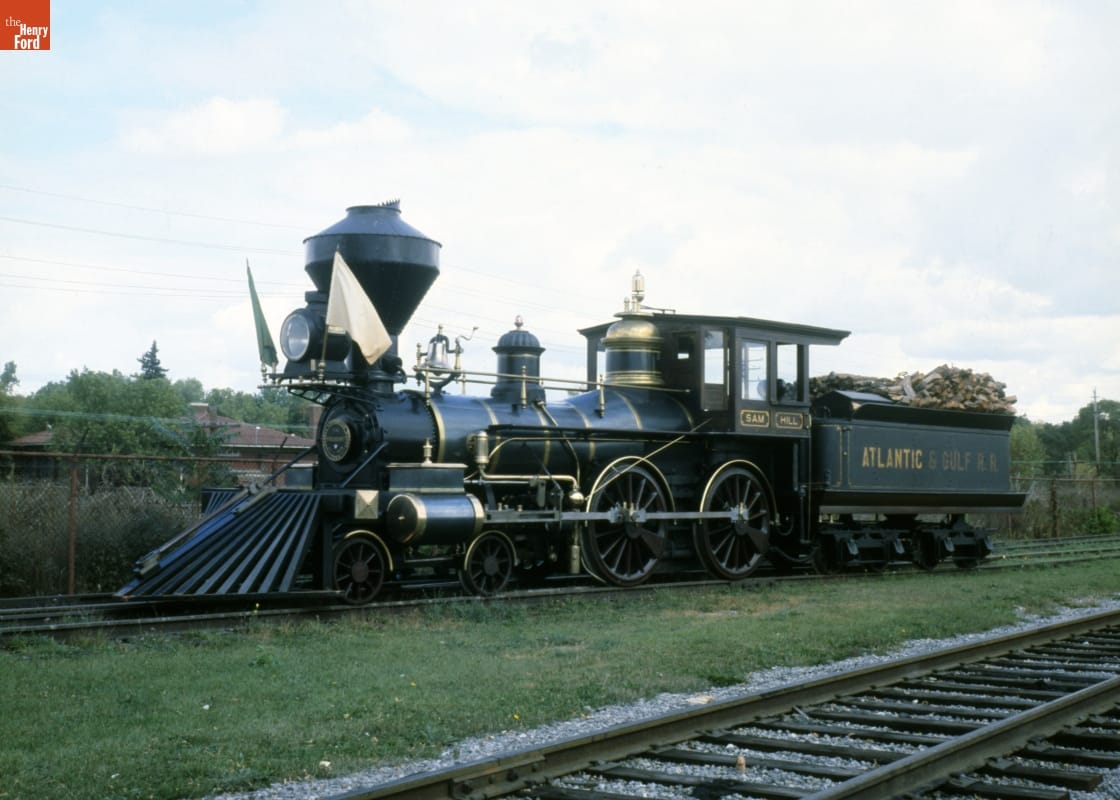 Well, first, it captures a fundamental sense of youthful abandon hardwired into the American character. Locomotives like this were in their day the fastest and most glamorous ways to travel on Earth. The nature of their flamboyance captures a characteristically American engagement with technology’s possibilities—a machine as a canvas for the celebration of ambition, achievement, and a brighter, faster future. The liberal application of gold pinstriping and polished brass—even in some instances the incorporation of landscape scenes and further personalization with antlers and weathervane-like figures—all capture a uniquely American manner of celebrating and owning what was in fact a highly advanced technology.

And second, from a mechanical standpoint, the Sam Hill represents a supremely innovative technology. Its combination of flexibility, light weight, and high power output were the result of a distinctly American set of circumstances. The twisting, grade-heavy nature of our railroads—a situation that arose from the clash between low-investment/fast-return attitudes and American topography and distances—ensured that imported British locomotive technology would end up being transmuted into something entirely new. Locomotives such as the Sam Hill are the direct result of that process. 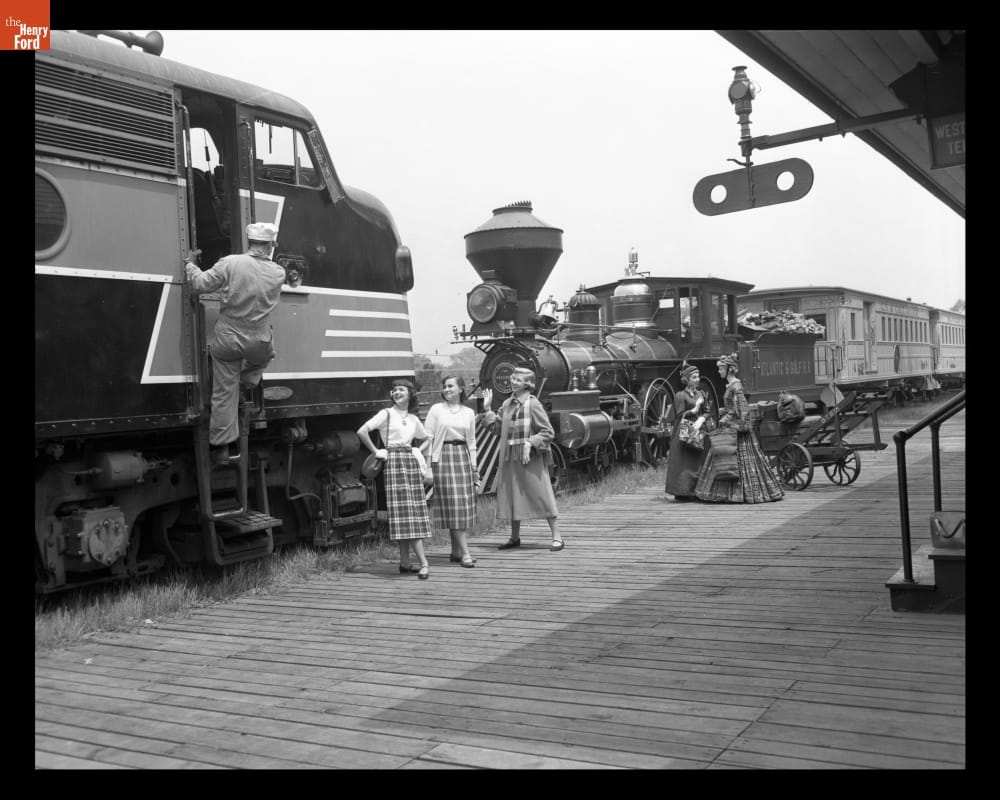 The “Sam Hill” poses with a New York Central diesel locomotive, nearly a century its junior, in Greenfield Village in May 1953. / THF133489

The development of these locomotives did not come about through what we would now consider “rational” research methods; instead, they grew out of hands-on, seat-of-the-pants engineering knowledge. This homespun advanced engineering and humanized high tech is characteristic of, and crucial to, the American industrial experience.

Learn more about the history and innovative engineering of the “Sam Hill” here.