Deborah Sussman began her design career as an intern at the Eames Office in 1953.  There, over the course of a decade, she was promoted to an art director and worked on graphic design, exhibitions, films, toy design, packaging, and photography. In 1963, she acted as designer for the “Beware of Imitations” image below, with Charles and Ray Eames as creative directors. Appearing as an advertisement in Arts & Architecture magazine, it celebrated Eames-designed furniture produced by Herman Miller. The image is a fascinating herald, hinting at how Sussman’s approach toward the power of large-scale graphics to communicate within environments would define her future vision. 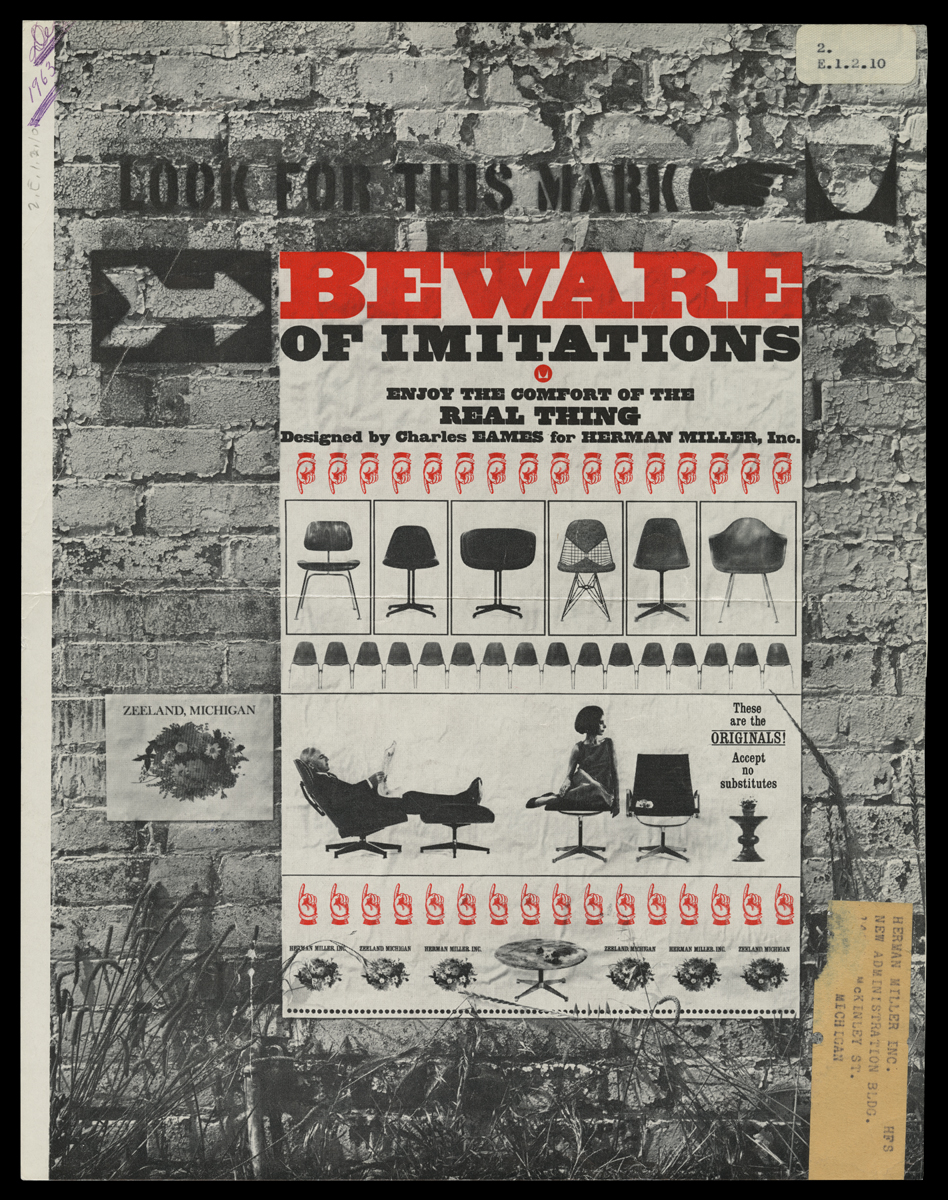 The foundation image was printed to poster size and affixed to the outside wall of the Eames Office, where it was photographed in situ. The weathered brick wall, scrabbly Californian plant life, and spray-painted stencil additions surrounding the paste-up add texture to the image, revealing it to be evidence of a process. An image at the Library of Congress takes us one step further into this moment, revealing Sussman pasting up the original work. 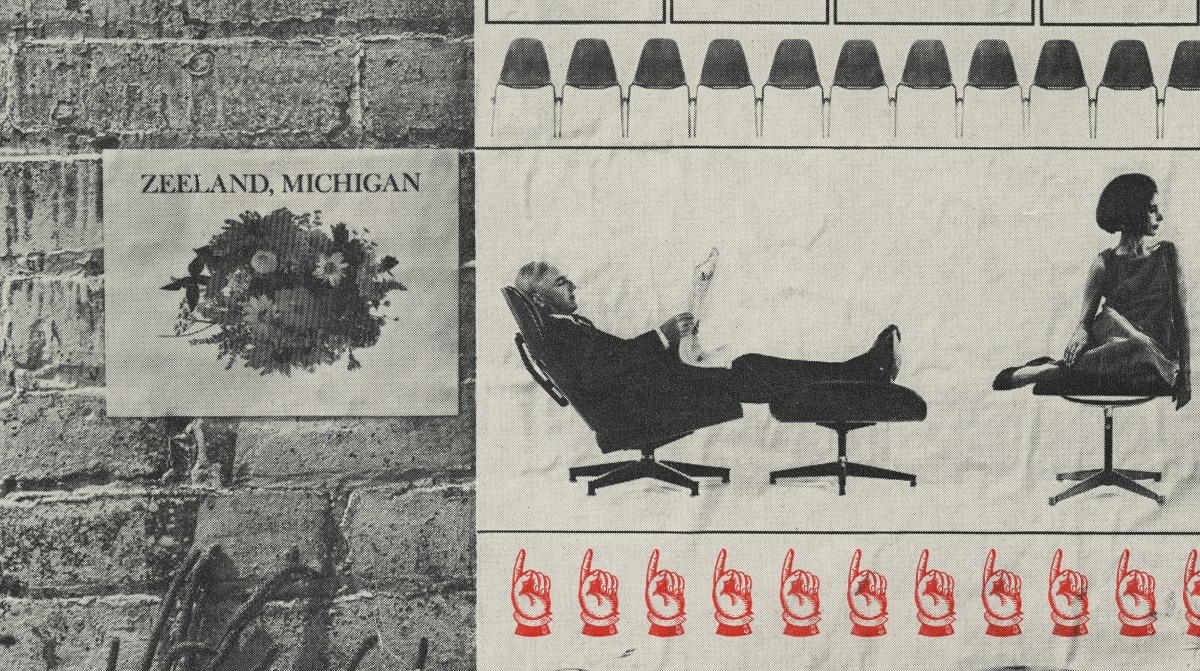 If you look closely toward the bottom left of this image, you will also see a bouquet of flowers on a placard with the text, “Zeeland, Michigan.” Zeeland is, of course, home to the Herman Miller company, but the floral design has its own interesting lifespan. It appears on Herman Miller’s stock certificates and on the underside of a kiosk designed by the Eames Office for the IBM Pavilion at the 1964 New York World’s Fair. Sussman is credited with contributing to both projects. 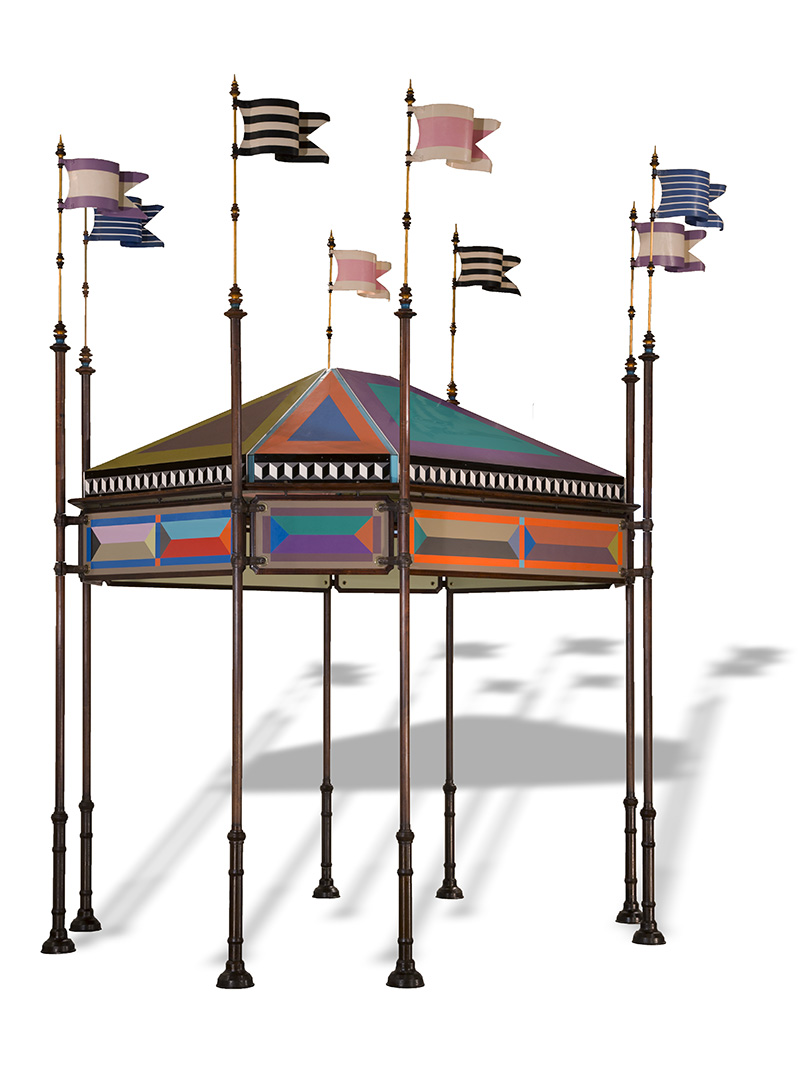 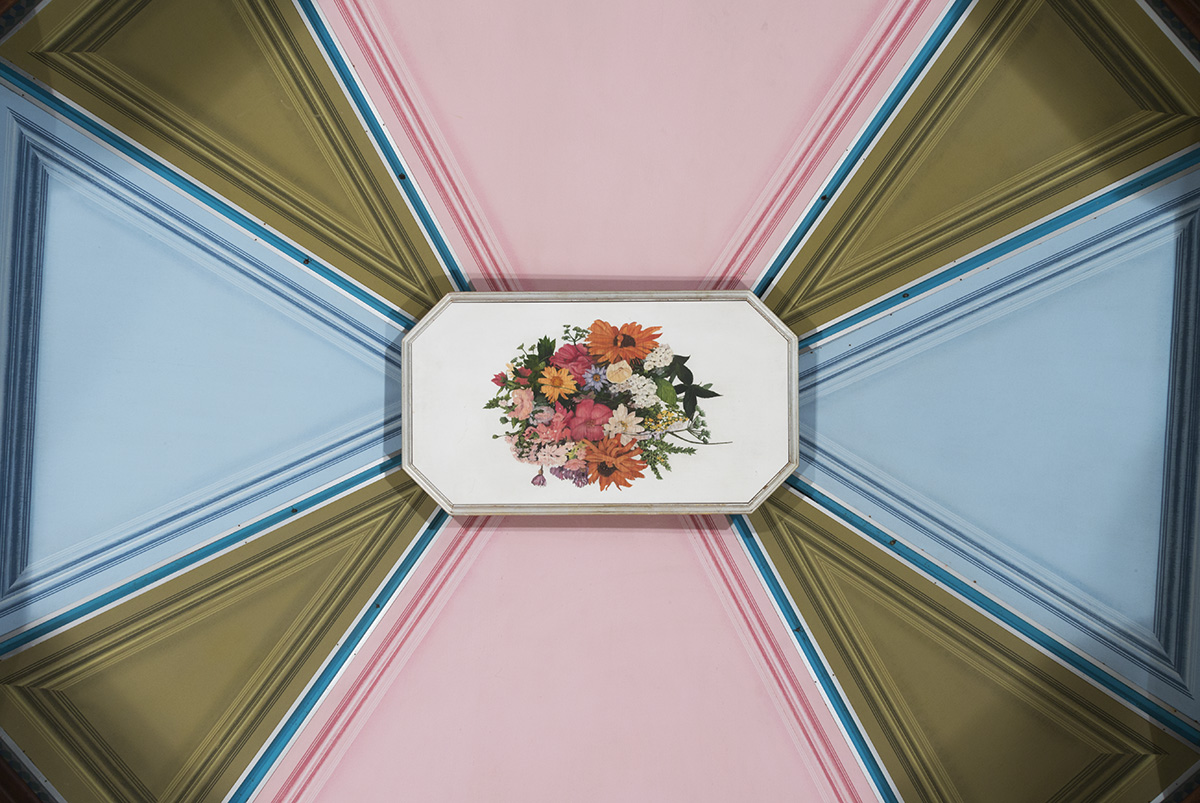 Sussman left the Eames Office temporarily to continue her design studies through a Fulbright scholarship in Germany, but was eventually “lured back” to California to work on the Mathematica exhibit. When The Henry Ford acquired the 1964 version of the Mathematica exhibit (now on permanent view in Henry Ford Museum of American Innovation), extensive research was undertaken in the Charles & Ray Eames Papers at the Library of Congress to create the most historically accurate version of the exhibit possible. Photographs at the Library of Congress documented numerous contributions made by women to the exhibit’s design, including Sussman, Ray Eames, and many others. Sussman, for her part, once recounted setting the type for the mathematician biographies that appear on the History Timeline and also appears in a photograph working on the graphics for the base of the Multiplication Cube interactive. 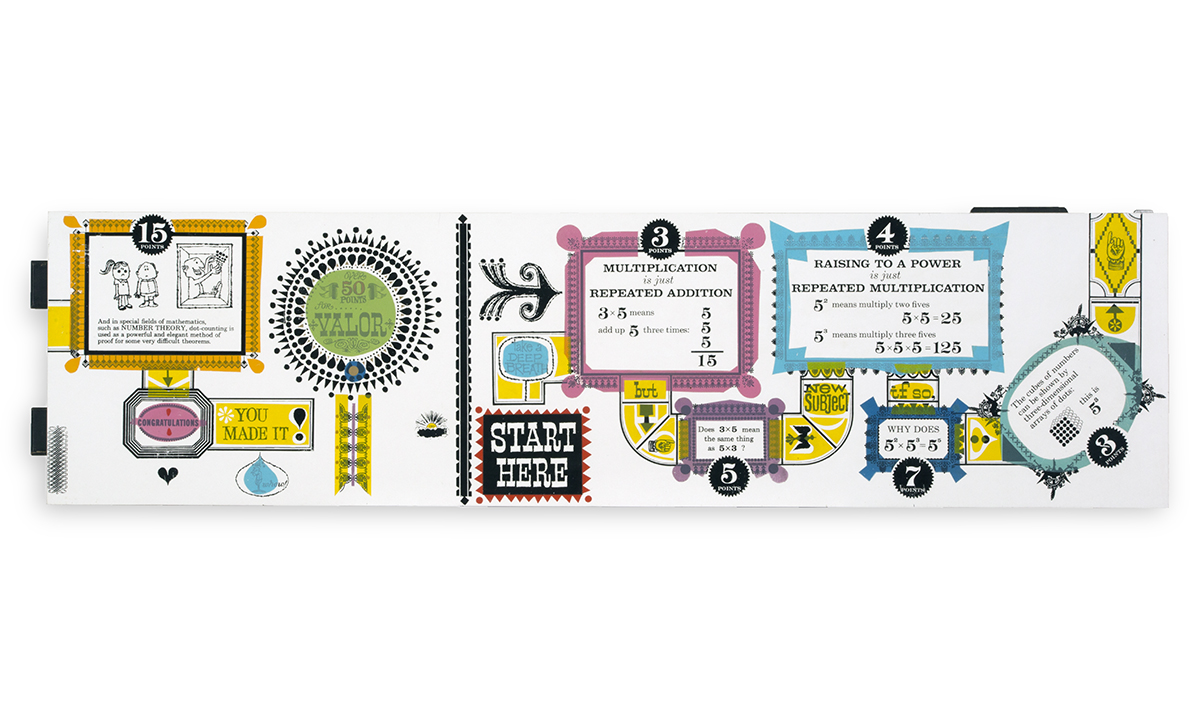 Detail of the Multiplication Cube from the Eames Office-designed Mathematica exhibit. / THF164150 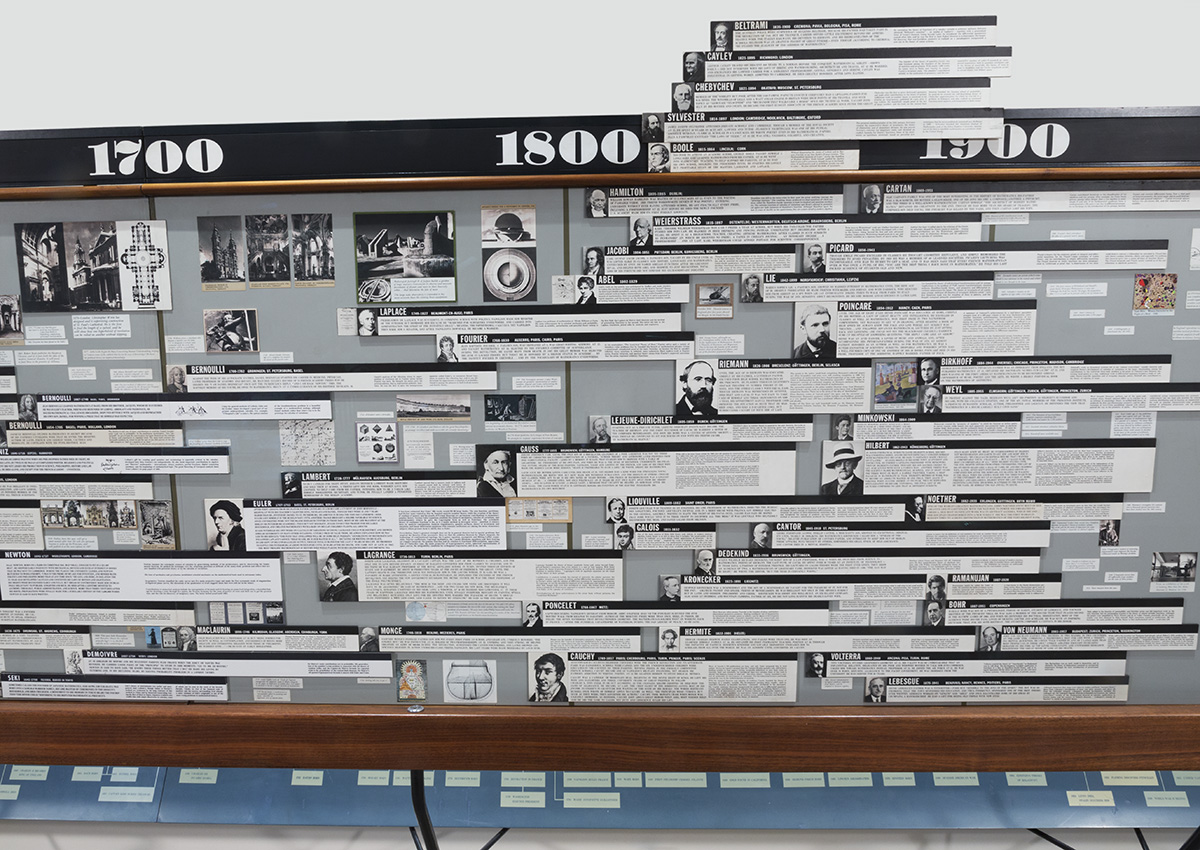 Detail of the History Timeline in Mathematica. / THF170845

In 1968, Sussman formed an independent design practice as Sussman/Prejza & Co. with her husband, Paul. Together they designed things like the “urban branding” for the cities of Long Beach and Santa Monica, California, and wayfinding signage for Walt Disney World and EuroDisney. Her favorite kind of work involved vibrant, larger-than-life graphic and typographic treatments installed in architectural spaces and outdoor urban areas. For this work, she is credited as a pioneer of “environmental design” and “Supergraphics.” 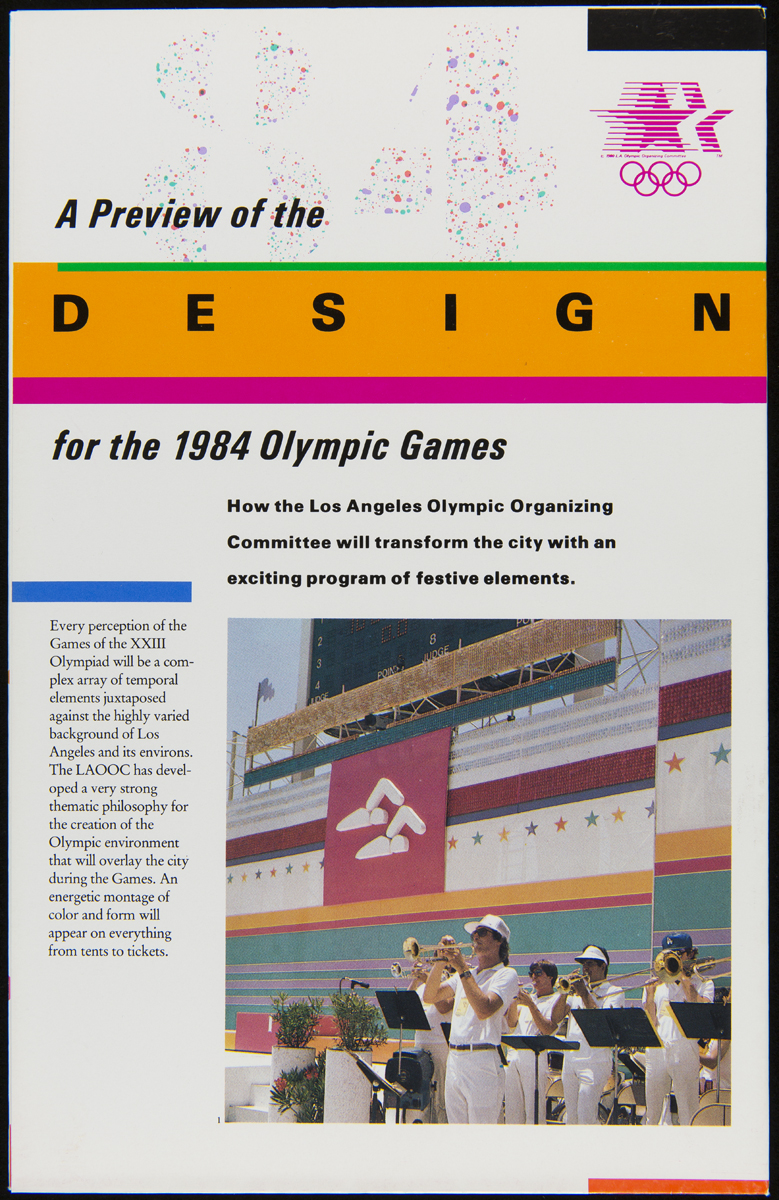 This approach is especially obvious in her design identity work for the 1984 Los Angeles Olympics. The look and feel of the LA Olympics—created by Sussman/Prejza & C0. in collaboration with the Jerde Partnership—transformed the city of Los Angeles. The holistic plan was for “an energetic montage of color and form [to] appear on everything from tents to tickets.” There were 43 art installations, 28 game venues, 3 Olympic villages, and wayfinding signage. There was a monumental 145-foot tower of colorful scaffolding erected in Exposition Park. Color-coded gateways and walkways lined with concrete “Sonotubes” wrapped in bright abstract graphics. Uniforms for officials and volunteers. 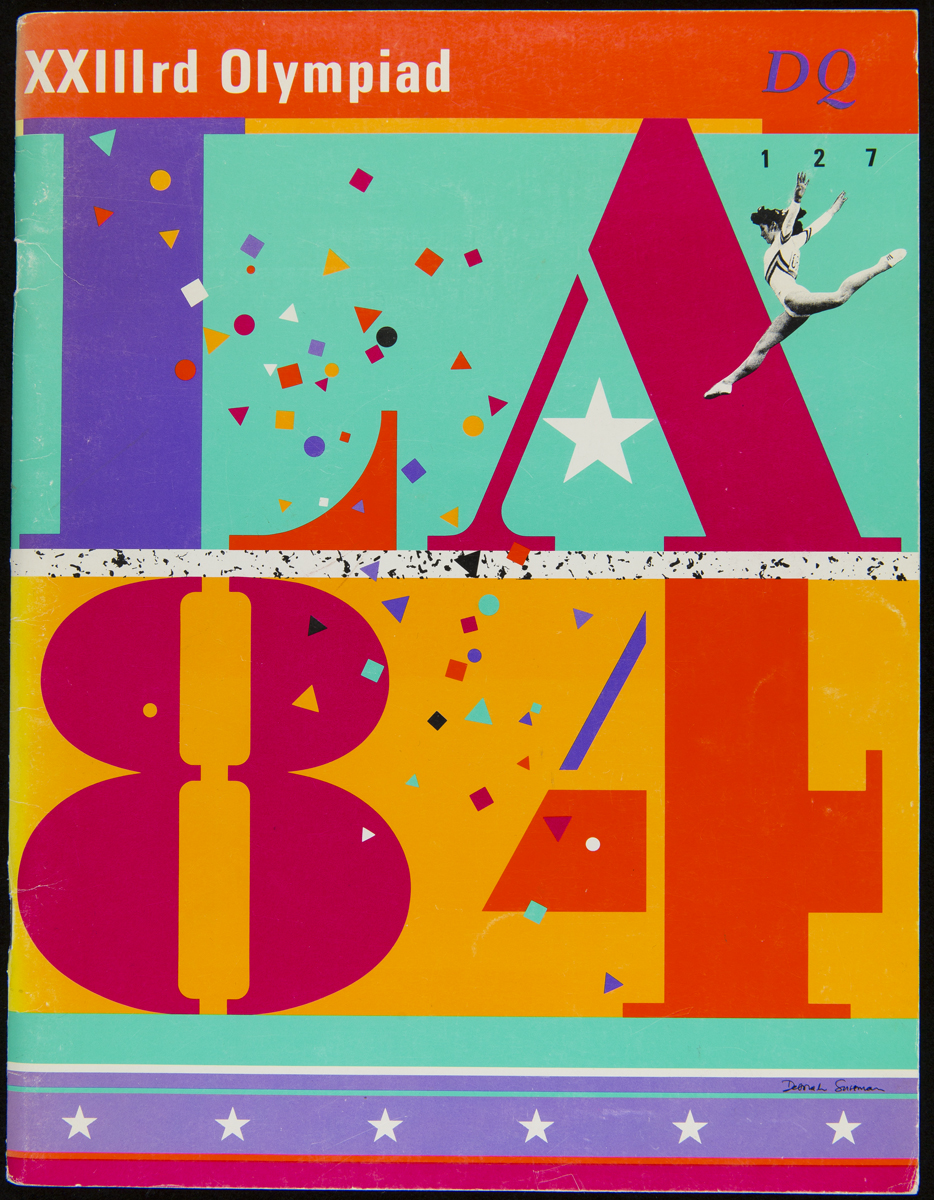 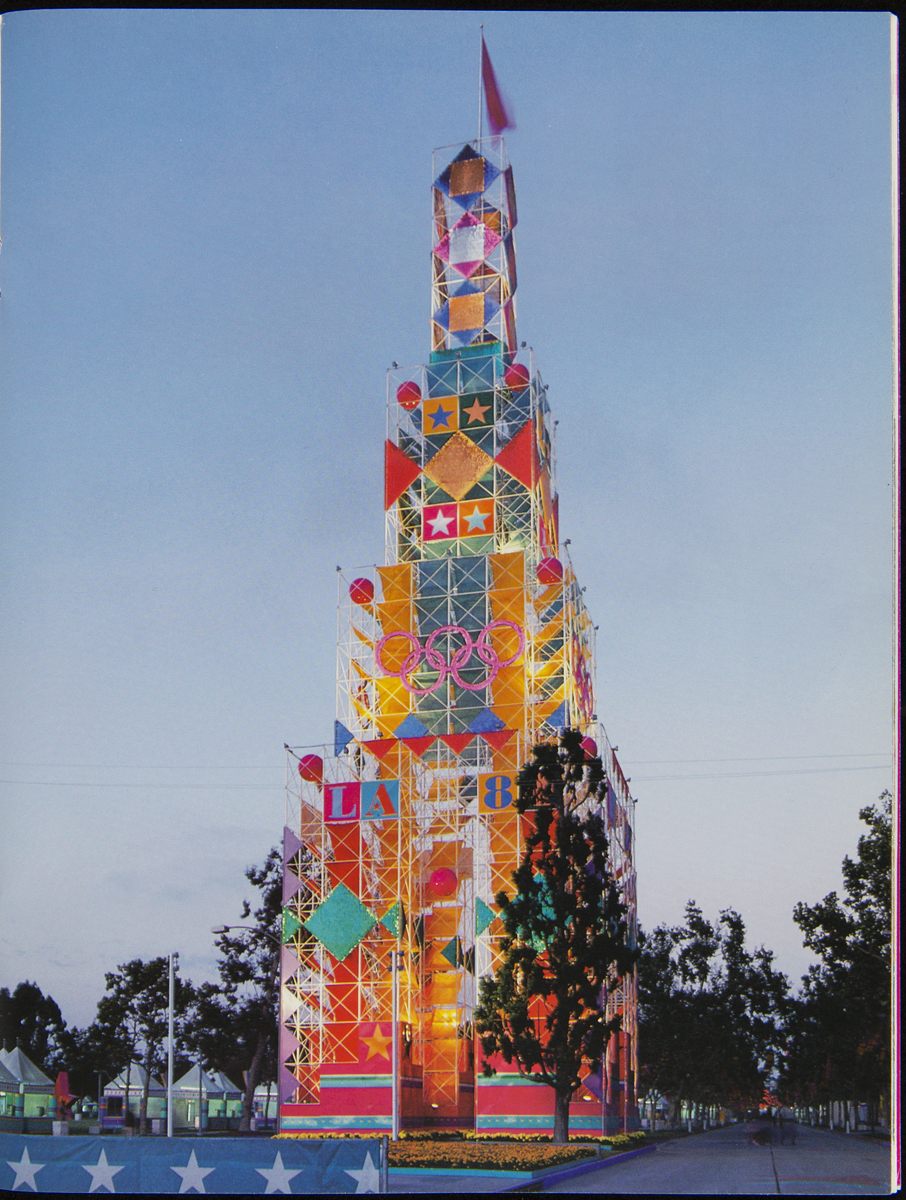 An entire issue of Design Quarterly was dedicated to the project, in which the designers explained their hopes for a successful event as “a modern environment that recalls the imageable qualities of a medieval jousting festival” and one that anticipated that “the city will be transformed overnight, as if an invasion of butterflies has descended upon it.” 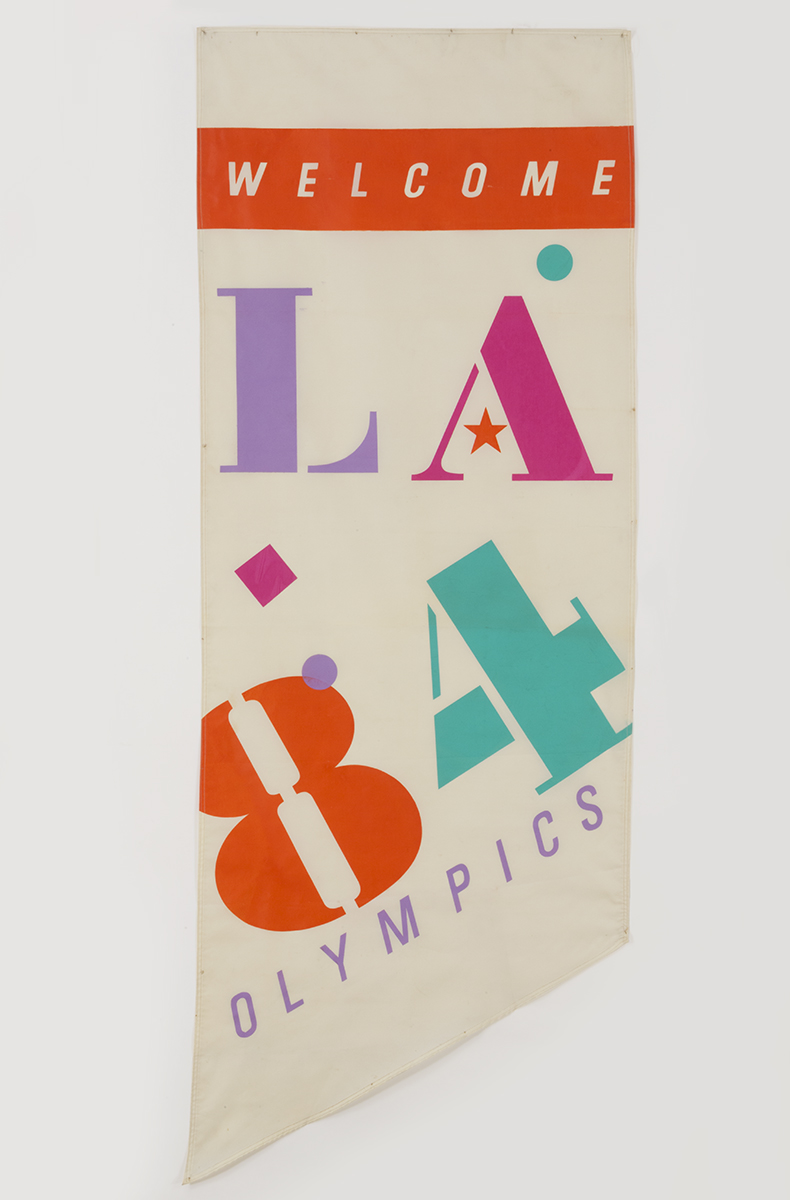 Color played an essential role in unifying the visual language of color, graphics, and typographic treatments. Notably, Sussman broke away from the palette of traditional red, white, and blue, and captured the “Southern California spirit” through shades of vibrant magenta, vermillion, aqua, purple, and sunset orange. A favorite quote in the Design Quarterly issue states: “The glorious colors—the banners, the kiosks and booths, even the trash cans and hot dog napkins—were happily original, all Toyland confetti, in light and airy shades all their own. We get enough of red-white-and-blue everywhere else, don’t we?”

Partial credit to Sussman’s approach can be connected to her early training at the Eames Office, where her mentors emphasized the value of playfulness. There, she had the opportunity to document festivals in other countries. She learned to appreciate folk art and the indigenous cultures of the Pacific Rim. And the “kit of parts” approach to design was part of everyday life at the Eames Office too, which undoubtedly influenced Sussman’s own adaptable “visual alphabet” for the 1984 LA Olympics. Today, her contributions for this and other projects stand as beloved and masterful examples of environmental graphic design. Like many designers who passed through the Eames Office, Deborah Sussman took what she learned, remixed it, and made it an evolved and color-saturated language all her own.