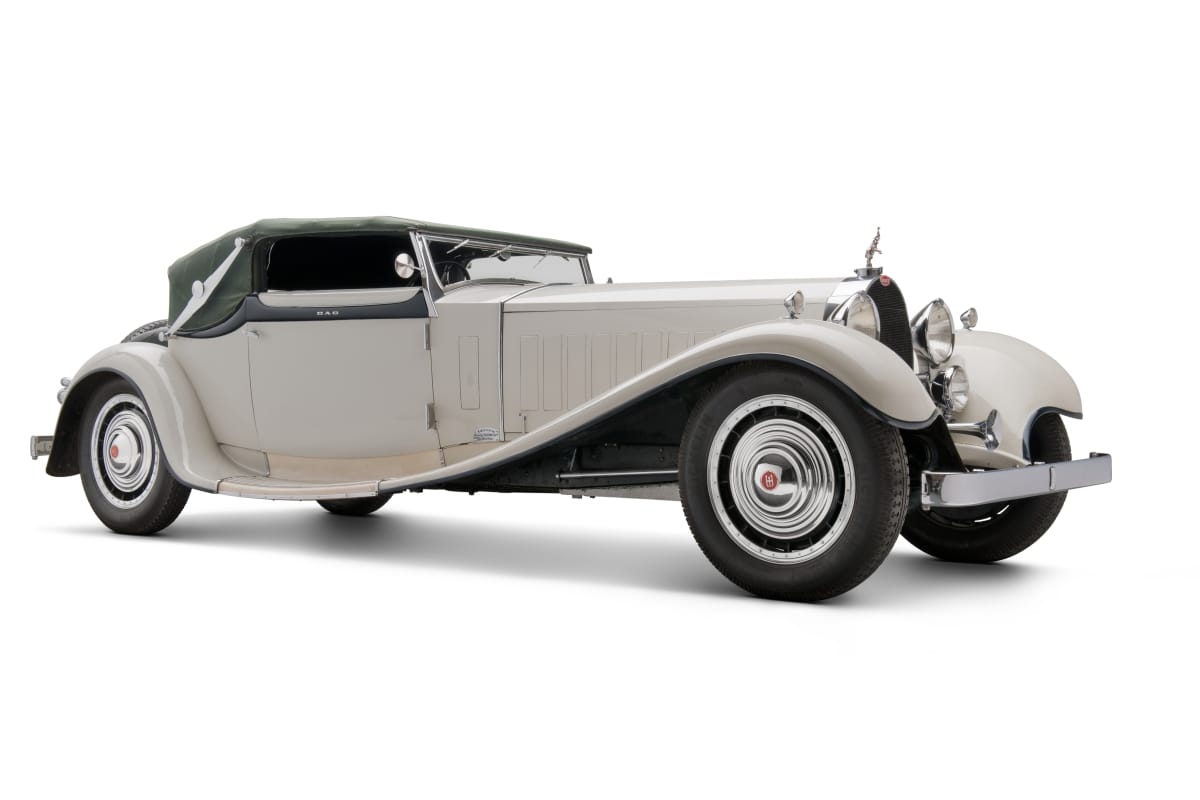 Longer than a Duesenberg. Twice the horsepower of a Rolls-Royce. More costly than both put together. The Bugatti Royale was the ultimate automobile, making its owners feel like kings. It is recognized as the epitome of style and elegance in automotive design. Not only did it do everything on a grander scale than the world’s other great luxury cars, it was also rare. Bugatti built only six Royales, whereas there were 481 Model J Duesenbergs and 1,767 Phantom II Rolls-Royces.

Ettore Bugatti formed Bugatti Automobiles S.A.S. in 1909. His cars were renowned for their exquisite design and exceptional performance—especially in motor racing. According to lore, Bugatti was at a dinner party when a woman compared his cars unfavorably with those of Rolls-Royce. In response, he designed the incomparable Royale. 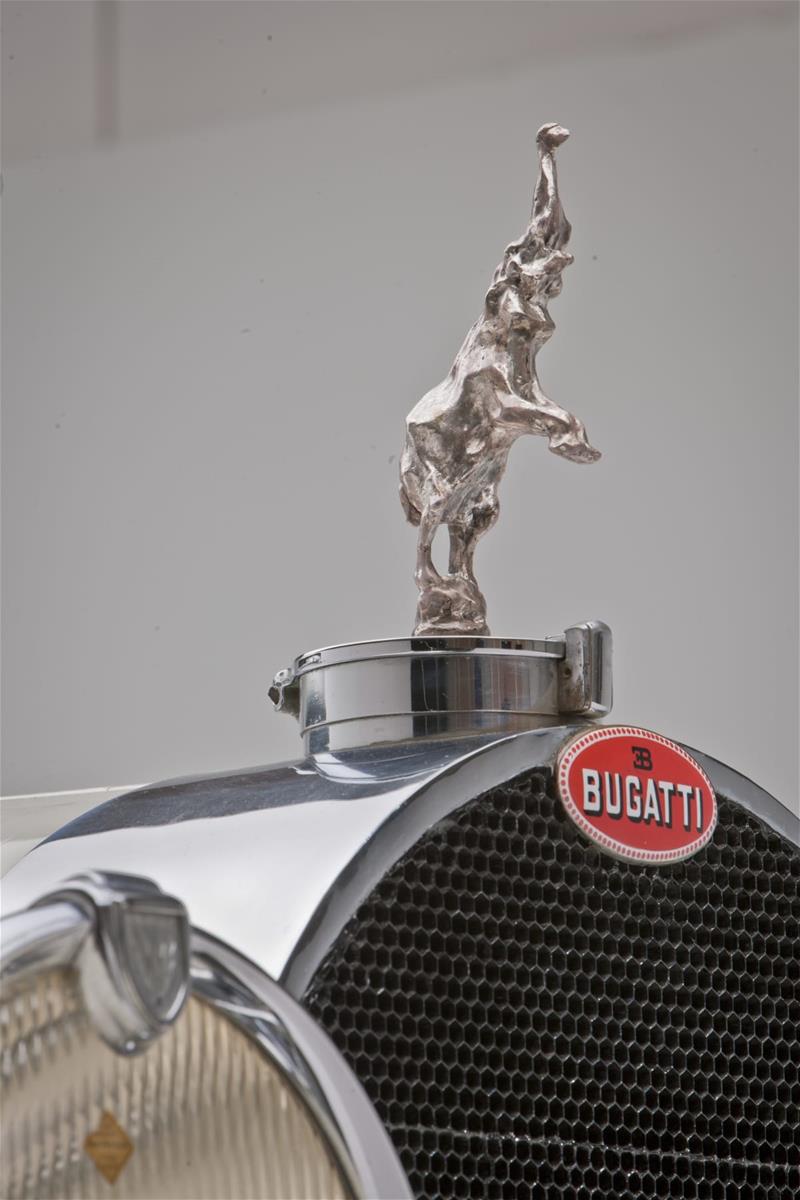 The Royale's elephant mascot was based on a sculpture by Rembrandt Bugatti, Ettore Bugatti's brother, who died in 1916. / THF90827

Because Bugatti Royales are so rare, each has a known history. This is the third Royale ever produced. Built in France and purchased by a German physician, it traveled more than halfway around the world to get to The Henry Ford. Here is our Bugatti’s story. 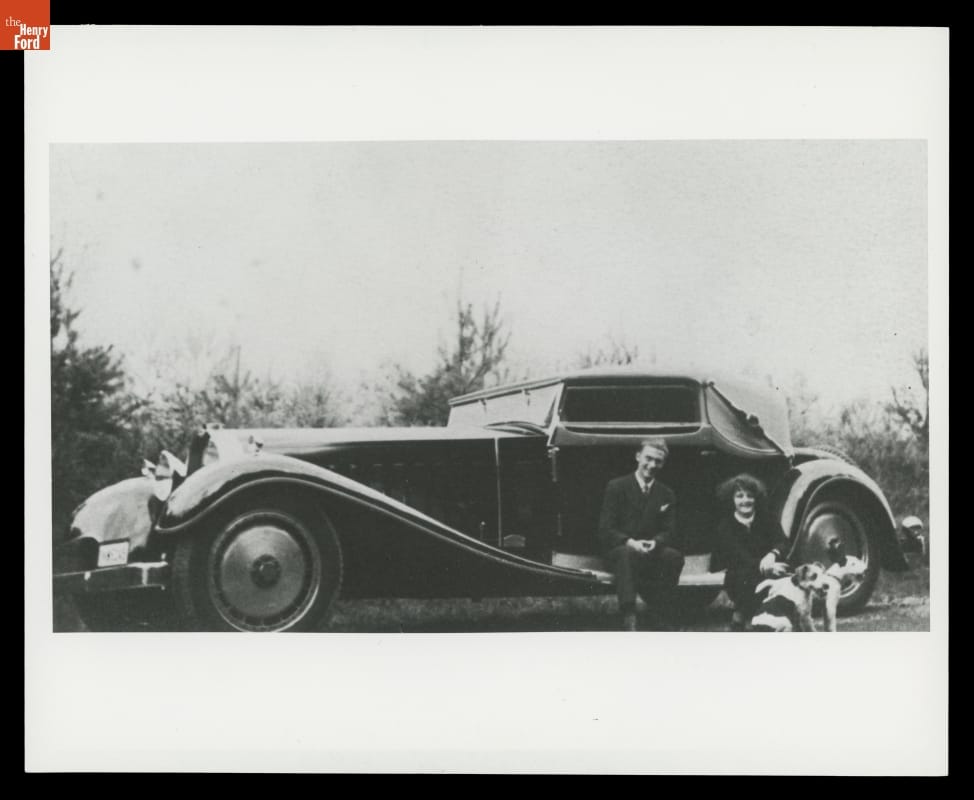 Joseph Fuchs took this 1932 photograph of his new Bugatti, painted its original black with yellow trim. His daughter, Lola, and his mechanic, Horst Latke, sit on the running board. /THF136899

1933: Fuchs leaves Germany for China after Hitler becomes chancellor, taking his prized car with him.

1937: Japan invades China. Fuchs leaves for Canada—again, with his car. Having evaded the furies of World War II, Fuchs and his Bugatti cross Canada and find a home in New York City.

1938: A cold winter cracks the car’s engine block. It sits, unable to move under its own power, for several years.

1943: Charles Chayne, chief engineer of Buick, buys the Bugatti. He has it restored, changing the paint scheme from black and yellow to white and green.

1985: For the first time, all six Bugatti Royales are gathered together in Pebble Beach, California. 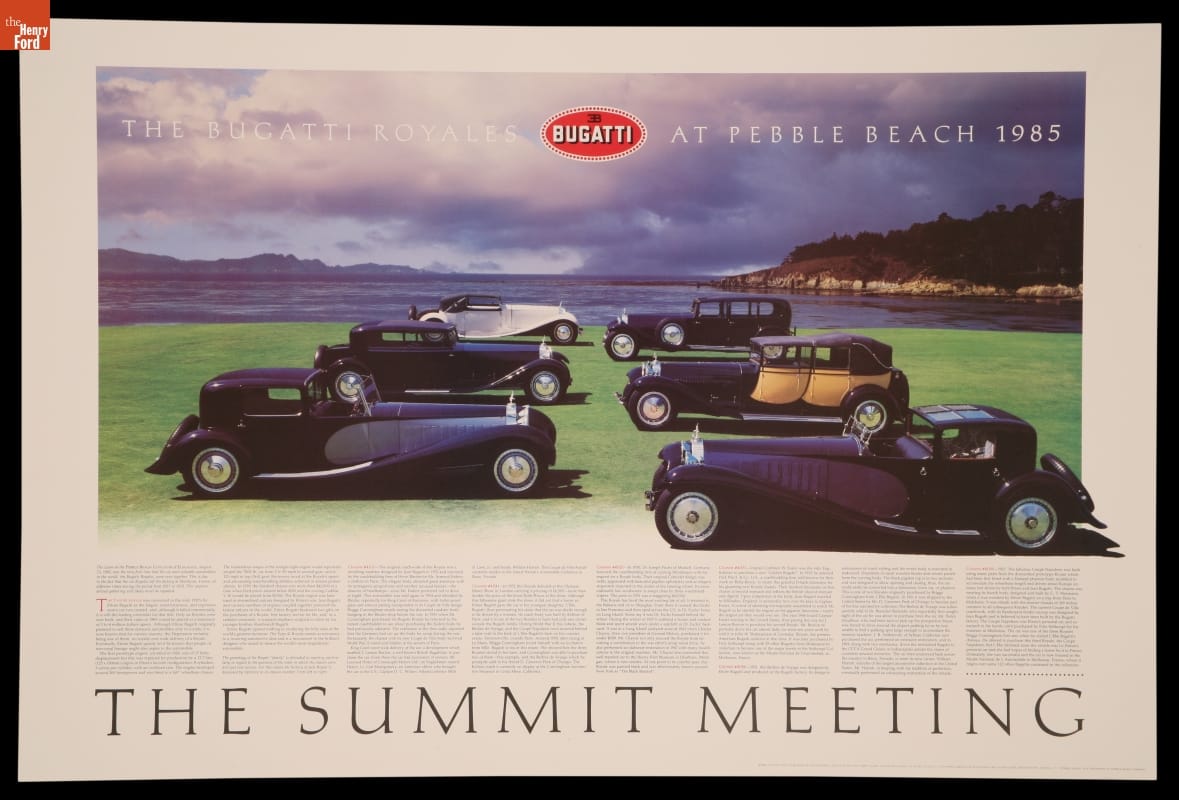 The first-ever gathering of all six Bugatti Royales thrilled the crowds at the Pebble Beach Concours d’Elegance in 1985. They are the ultimate automotive expression of style and luxury. / THF84547