Mimi Vandermolen and the 1986 Ford Taurus 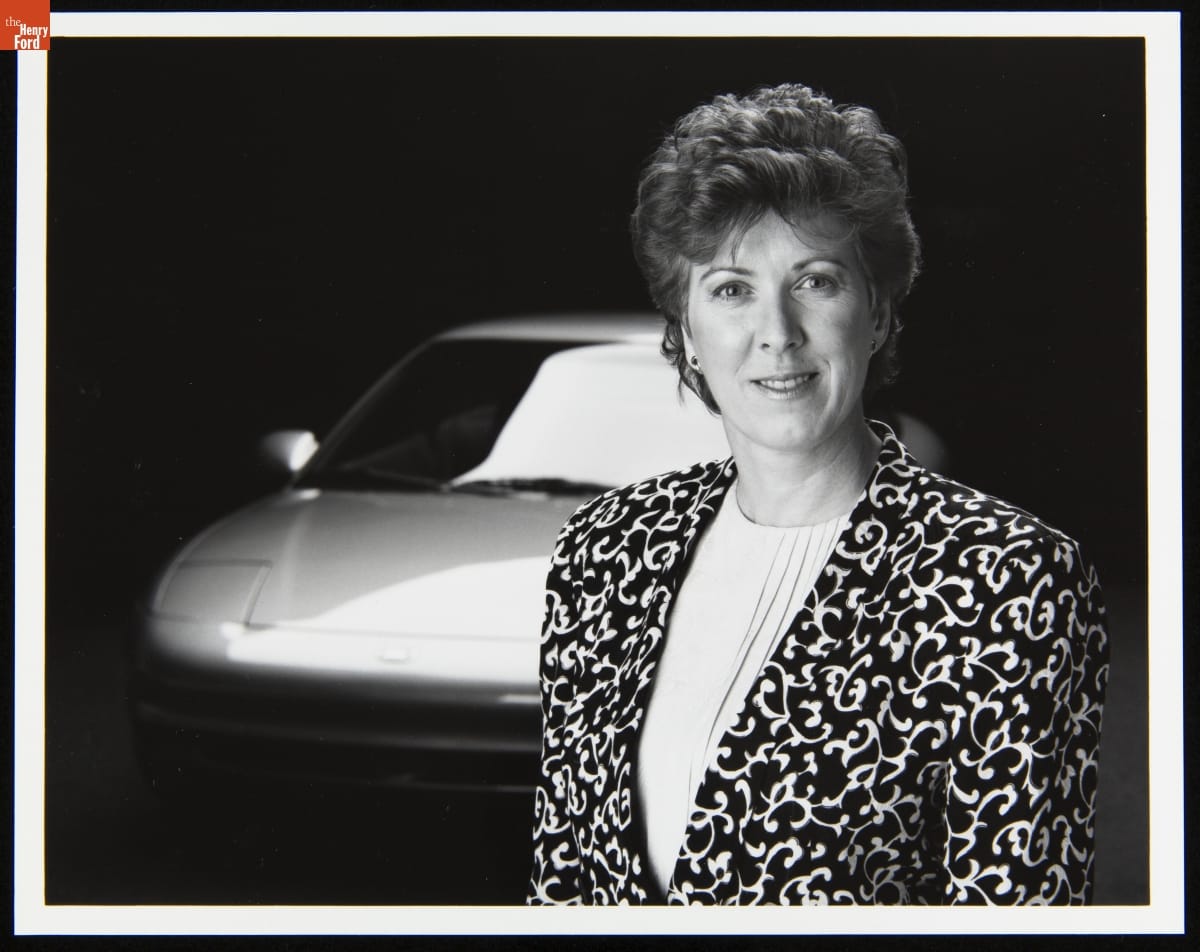 Today, we take things like ergonomic seats and user-friendly dashboard dials in American automobiles for granted. But back in the mid-1980s, these were radical innovations. Much of the credit for bringing these game-changing elements to an American automobile goes to a creative and determined female lead designer named Mimi Vandermolen, who headed up the 1986 Ford Taurus interior design team. 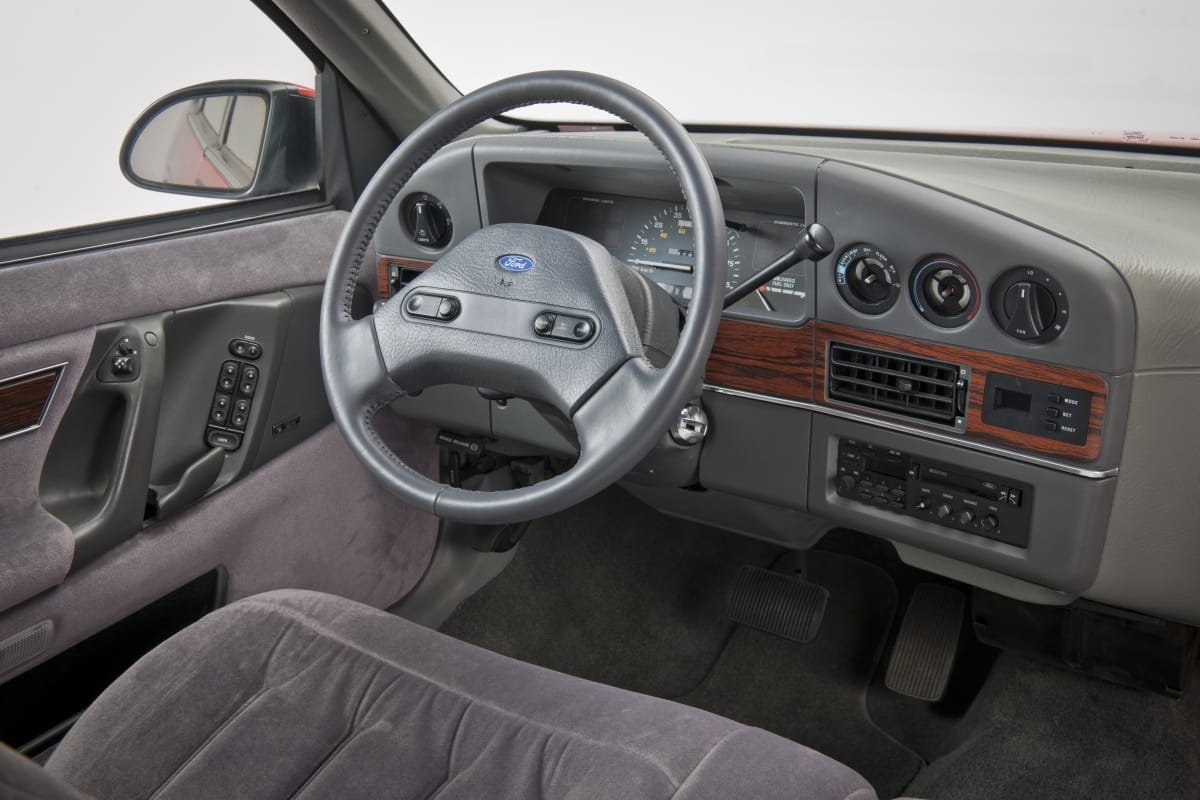 In the late 1970s, Ford Motor Company had no room for mistakes. The 1978 oil embargo by OPEC (Organization of the Petroleum Exporting Countries) had resulted in a customer rush to buy economical, fuel-efficient cars made by non-American automobile companies, like Japanese-made Toyota Corollas and Honda Civics. The surge in import sales might have been bad enough. But Ford, unfortunately, had no new models in the works to respond to the rapidly changing market. 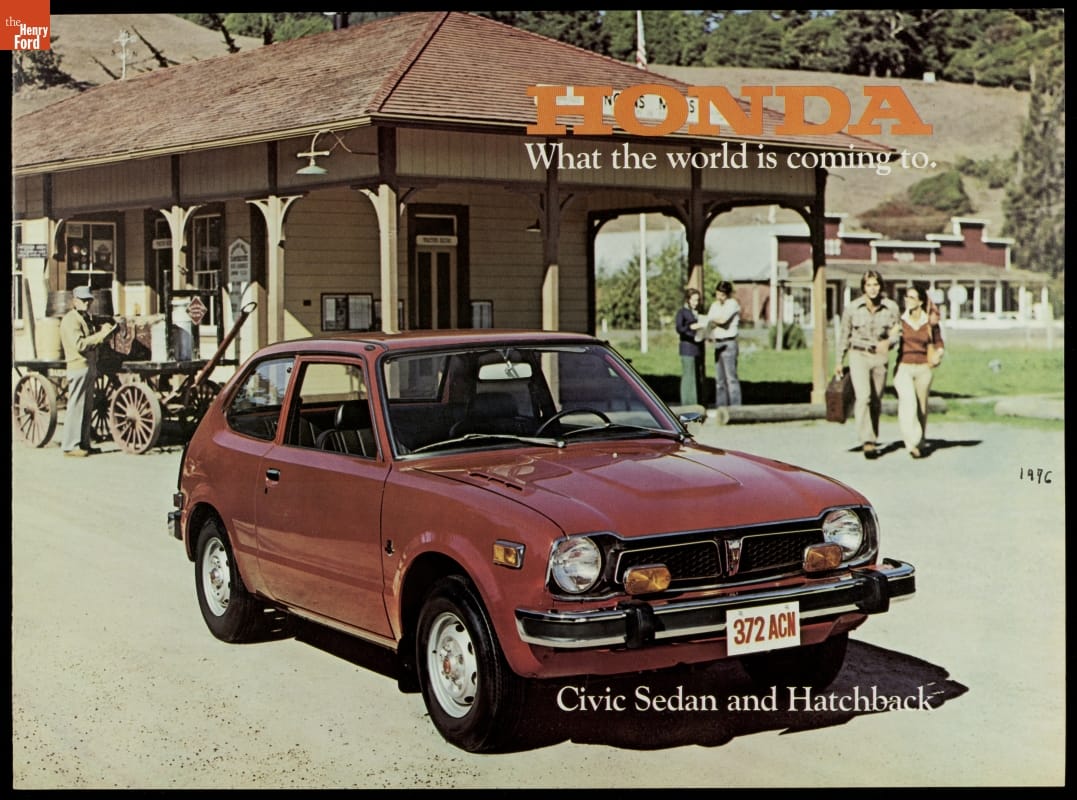 However, a new group of leaders at Ford, more familiar with the foreign market, began to implement changes. They envisioned a brand-new “world-class” car—a car that followed and improved upon world-wide trends in engineering and design, that could be sold in any country, and that was second to none in quality (referred to as “best in class”). To accomplish these objectives for what would eventually become the Taurus, Ford executives realized that two things had to change radically: the customer would have to come first, and product integrity could never be compromised.

The design and manufacturing process also had to change. Those who planned, designed, engineered, built, and sold this new car would work as a team. The team concept in developing the Taurus meant that those who styled the interior would work concurrently and in concert with those who developed the car’s exterior. Moreover, the team approach would not be top-down. The input of planners, engineers, designers, promoters, and dealers would be both welcomed and actively invited. 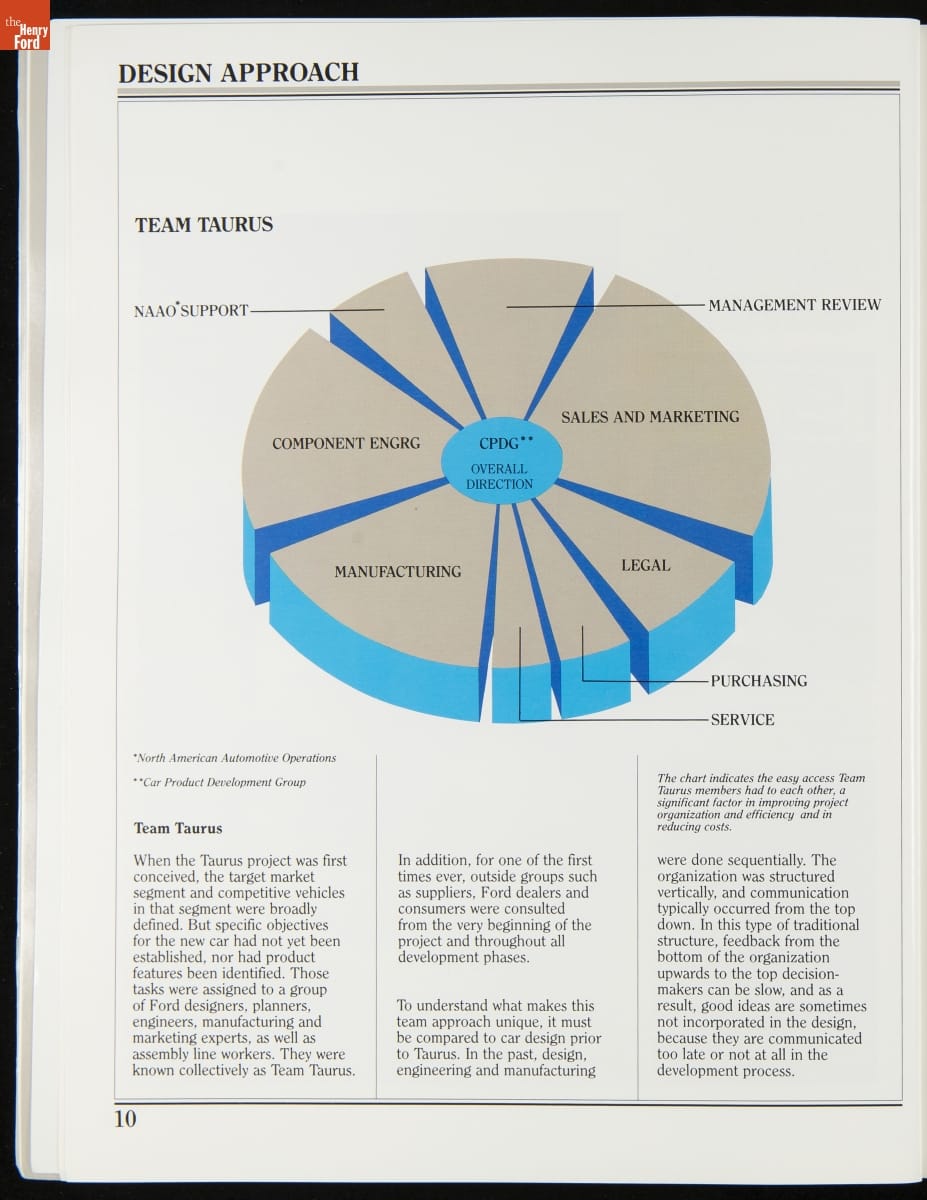 Diagram showing the unique (at the time) integration of departments charged collectively with meeting the new car’s objectives, from the 1986 Taurus marketing manual. / THF625465

Mimi J. Vandermolen was born in the Netherlands and raised in Toronto, and she grew up liking art and drawing. She found her calling when she visited the product design studio at the Ontario College of Art. One of the first female students to attend school there, she graduated in 1969. Disappointingly, she found very few design jobs open to women, as women’s work at the time was primarily narrowed to teaching, nursing, and secretarial jobs. But in 1970, she was hired to work in Ford’s Philco Division, where she designed home appliances like snowblowers and TVs—rather than automobiles.

Still, she was the first female designer in the Ford Design Studio at a time when women were rarely hired by American automotive design studios. Soon enough, her talents were recognized, and after six months she was transferred to car design—working as a trainee on the Mustang II, Cougar, and Granada. All the while, she felt that her ideas were ignored or dismissed, considered too radical or out-of-the-box for a staid American automobile company. 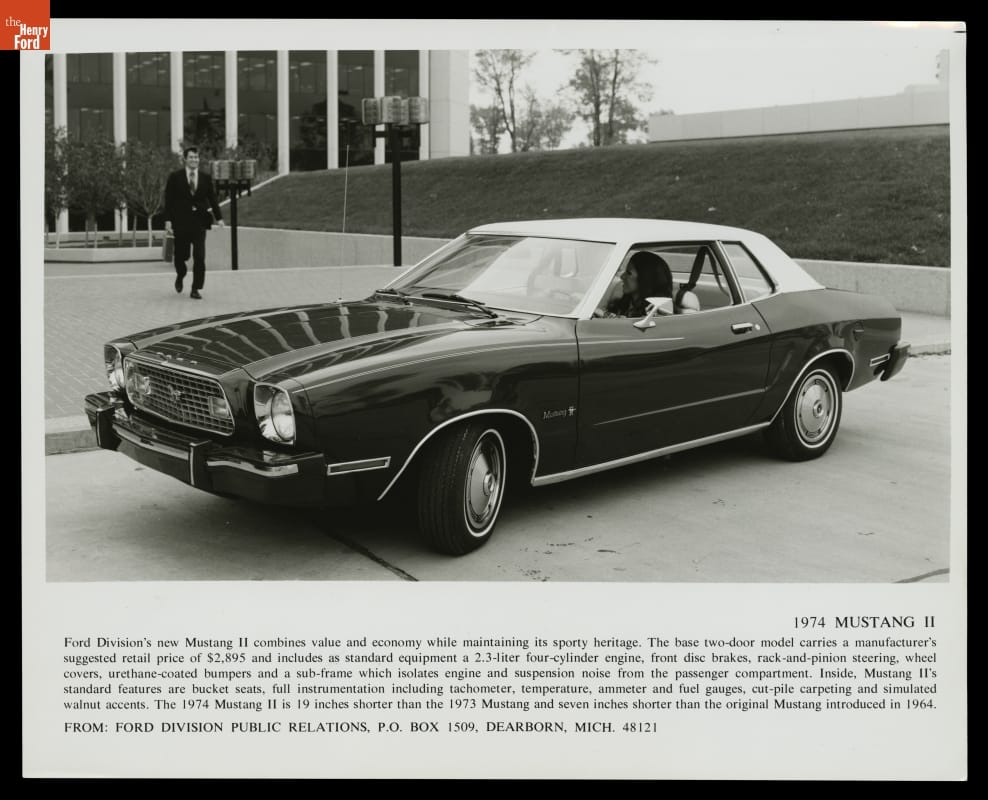 Publicity photo for the 1974 Mustang II. Note the reference to “simulated walnut accents” (rather than real wood), a decorative touch that designers detested and were delighted to see eliminated in the Ford Taurus interior. / THF113139

In 1979, Vandermolen was promoted to Design Specialist at Ford and, in 1980, she was invited to join Team Taurus as the lead designer of the interior. She considered the team approach a “breath of fresh air,” but realized that designers were not used to articulating or defending their ideas. Her design team was going to have to become a lot better at justifying design ideas to have any of them approved and implemented.

She recognized from the start that the key to the potential success of the Taurus was to create an interior that mirrored the style and theme of its exterior body. Each component of the interior—switches, doors, lights, controls, seats—would be designed to meet two key objectives. First, were they “friendly” enough—that is, were they easy to find and use, day or night? And second, did they blend in aesthetically with the car’s exterior and the rest of its interior?

The dashboard (known in the industry as the Instrument Panel, or IP) was traditionally designed to suit the needs of engineers and manufacturers rather than those who actually drove the cars. It tended to be straight and flat, and the driver had to lean forward to reach it—a design already being abandoned in European cars. 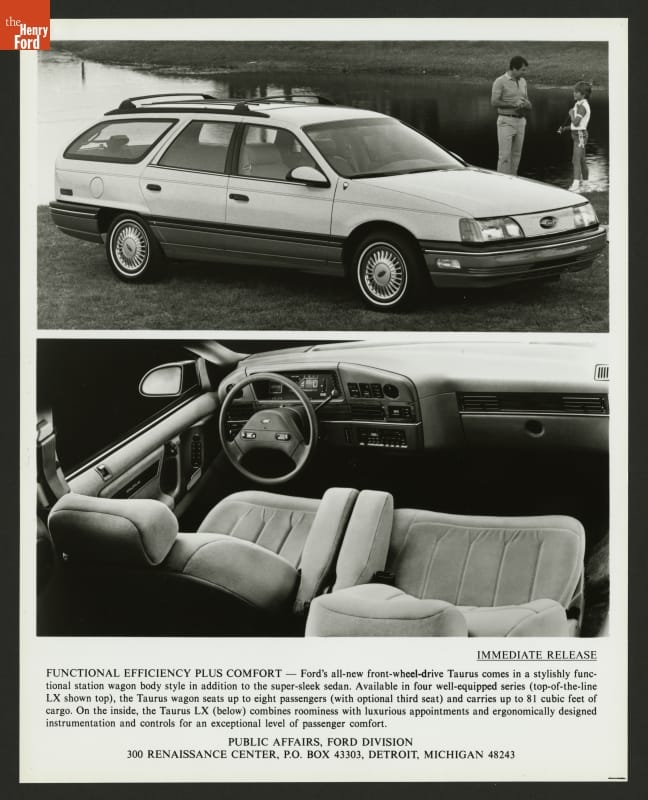 The lower image, from the 1986 Ford Taurus press kit, illustrates how the instrumentation and controls were designed to “an exceptional level of passenger comfort.” / THF105522

Vandermolen asked her team to address how a driver could both have easy access to the IP and still ride in a car that was spacious and inviting. In the final design, the Taurus IP was angled in such a way that the instrument and control system would indeed come within quick and easy reach of the driver. 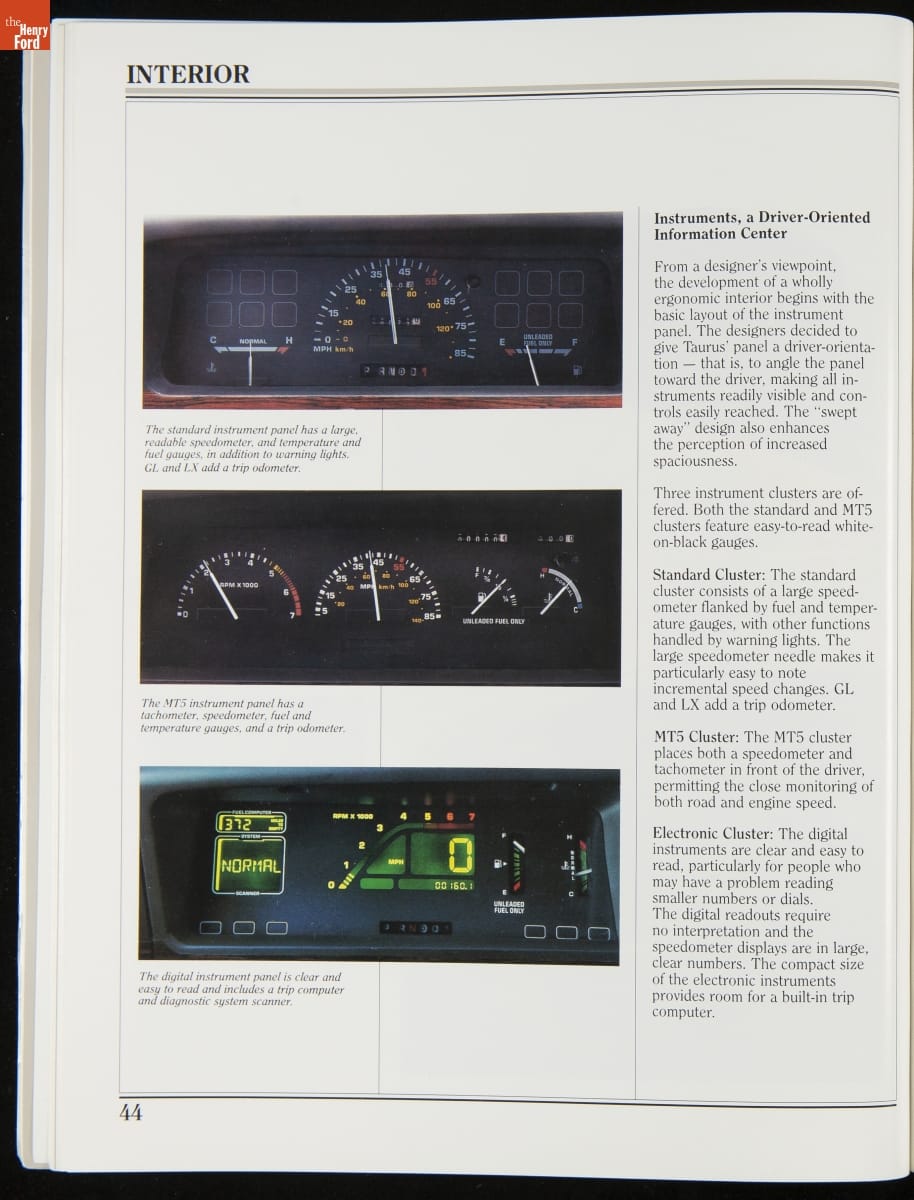 Vandermolen encouraged her team to consider how individual controls could be designed to be both manageable and safe. Each component was considered on a case-by-case basis. The speedometer, for example, was redesigned with a large needle to show incremental change in speed. Push-pull switches, like those for the heater, were replaced with rotary knobs, which were easier to operate. Switches had bumps added to the ends, so drivers could locate them easily without taking their eyes off the road. The controls and instruments were in clear view and easy to reach, so with a minimum of effort, one could drive a few times, then operate them by touch without looking away from the road. The IP also came with an optional digital panel, futuristic- and video-game-looking at the time, but foreshadowing future designs. 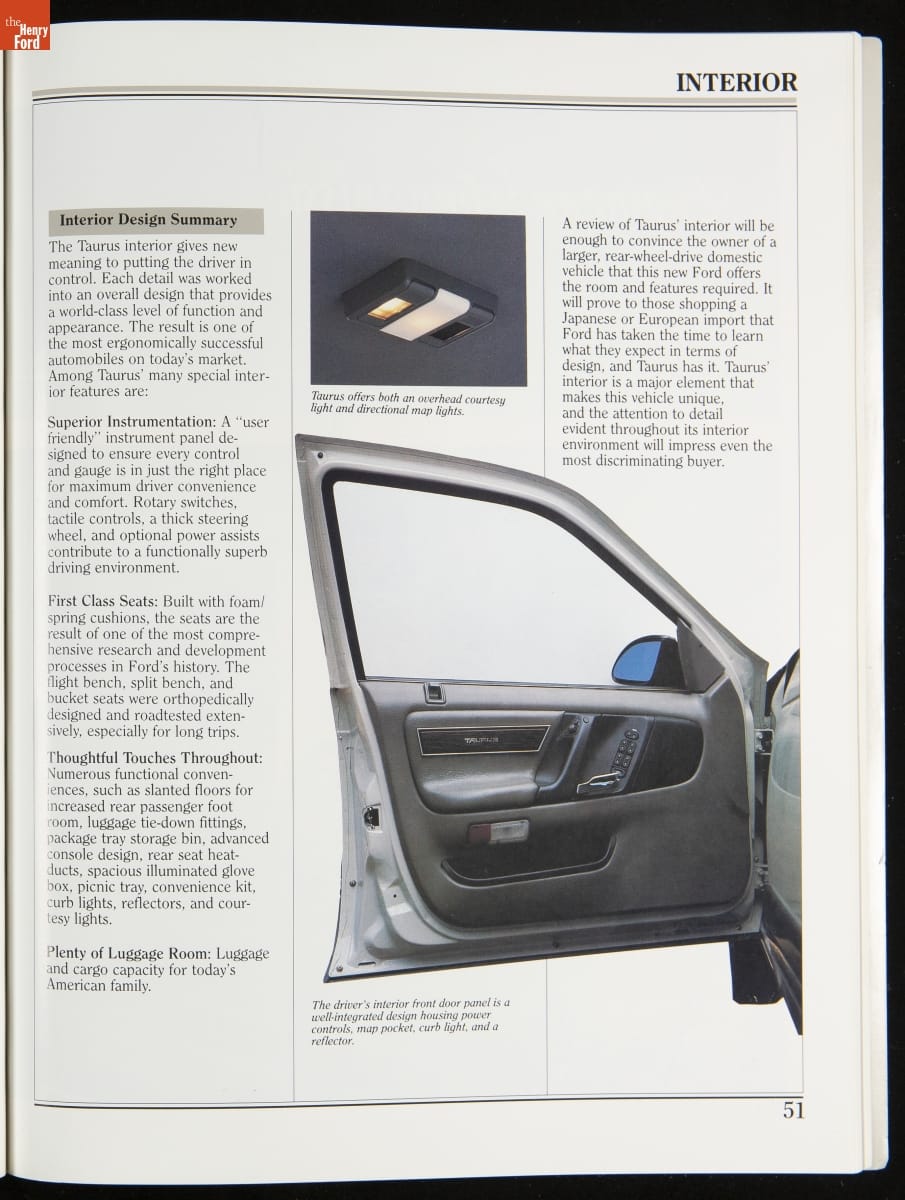 The overall interior was designed to mirror the sculpted look of the body, with no straight or sharply angled panels. For example, after sixteen design iterations, the final design of the interior door panel was smoothly sculpted with integrated power controls, curb light, reflector, and map pocket. The interior also exuded a level of quality unlike previous mid-size family cars on the market. Fake woodgrain did not appear anywhere in the interior, to the delight of designers who had long abhorred this cheap substitute for real wood that had become the norm on American cars.

With the Taurus, the design of the seats started from scratch. This was, in fact, the most difficult part of the car to get right. The process took 2½ years—Ford’s most extensive seat evaluation program ever. It involved deconstructing and studying best-in-class car seats on the market (the GM Opel Senator was a front-runner), then simulating and recreating these. The newly designed seats for the Taurus were submitted to many miles of consumer test driving and weeks of test-dummy trials for seat and fabric durability.

Ergonomics—the science of relationships between humans and machines—played a crucial role in seat design. Traditional seats—flat, sofa-like slabs of upholstery or unsupportive bucket seats—had often led drivers to purchase after-market cushions and devices to provide back and leg support. Seats had to support a variety of sizes, shapes, and weights—sometimes for hours at a time. Fabric had to withstand extremes of temperature. The interior foam, providing the cushion, had to be resilient. 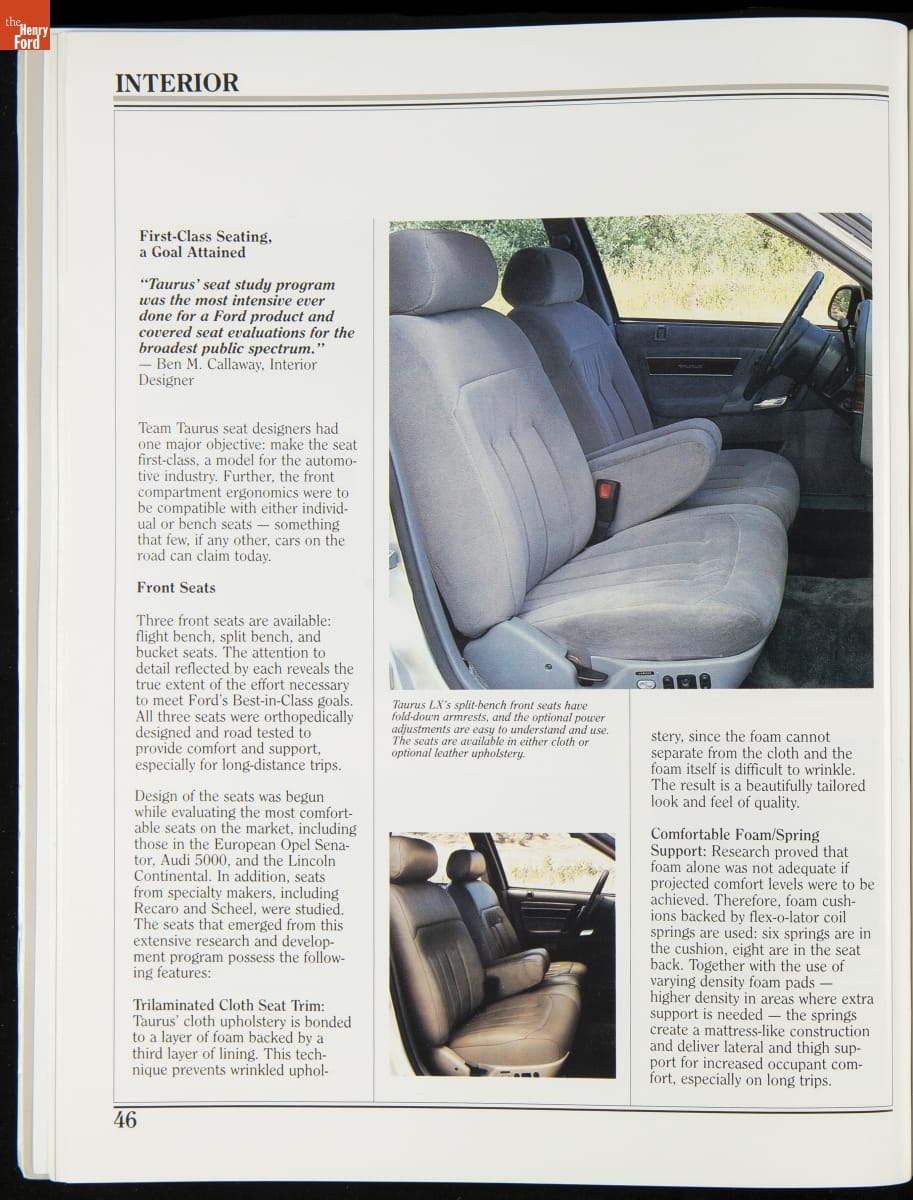 Final car seat options offered three configurations, fitting a wide range of physical types, and included lower-back support, heavy-density foam, and headrests for the front seats. In addition, ergonomic tests found that window switches and door handles were traditionally placed too far forward to comfortably use. They were, accordingly, moved and/or adjusted for easy reach. Finally, the rear seats were raised slightly for backseat passengers to be able to see over the front seats, while new storage compartments were tested and added.

Much of Vandermolen’s work on the Taurus, and on later projects, was driven by her passion about the needs of female drivers. “If I can solve all the problems inherent in operating a vehicle for a woman,” she maintained, “that’ll make it that much easier for a man to use.” For this, she solicited opinions from a wide range of female consumers, market testing some features over and over until she, her team, and—most importantly—the female customer were all satisfied.

In the end, the interior of the Taurus was a dramatic departure from the usual American car design. Controls were logical, switches made sense, seats were sturdy and comfortable. Moreover, Team Taurus felt that the team concept had worked. Team members debated, discussed, and listened to each other, working together to solve problems. Designers learned to present their vision and argue for it. Vandermolen instilled confidence in her team by telling them, “Don’t be scared. We’re on the right track. We’re meeting our objectives.” 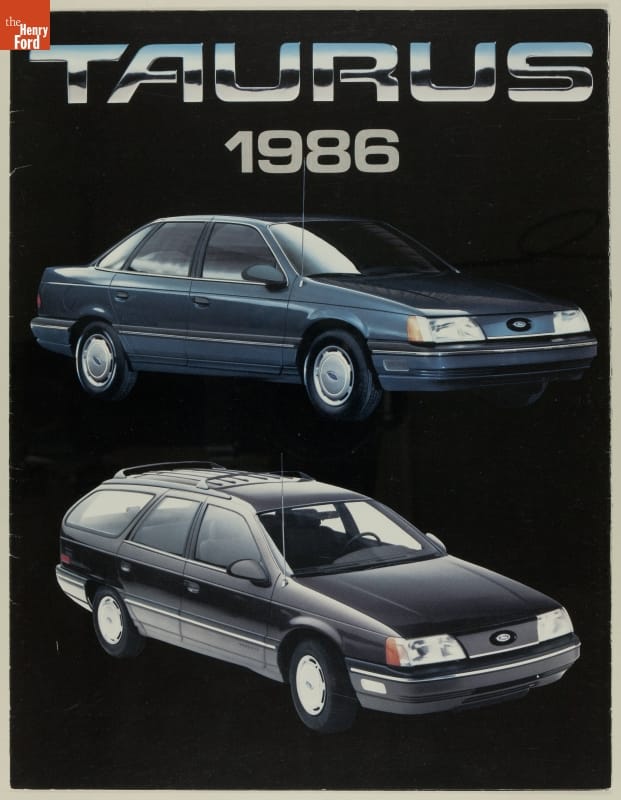 The new Taurus was launched on December 26, 1985, leading to what became known as the American auto industry’s “Rounded Edge Revolution.” Some people ridiculed the 1986 Taurus, likening it to a jellybean or a potato. But it won Motor Trend’s Car of the Year Award, with the compliment, “If we were to describe the Taurus’s design in a word, the word would be ‘thoughtful.’” Car and Driver called it “one of history’s most radical new cars,” praising Vandermolen’s efforts as “a bold attempt to reorder the priorities of American-made family sedans.”

Customers responded in kind. The Taurus soon accounted for 25 percent of Ford’s North American sales. In 1987, Taurus became the number-one selling car in the United States. 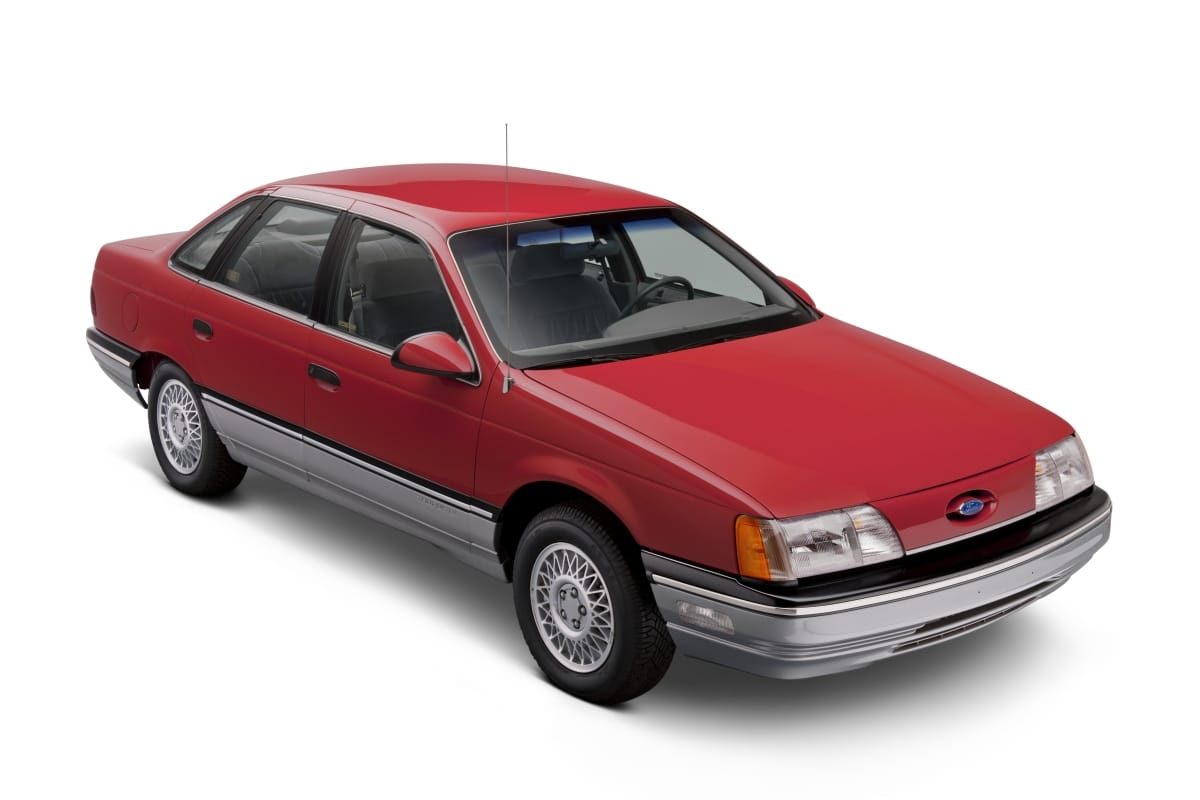 Ford’s gamble to steer the company from a serious downturn with a “world-class” car paid off. Ergonomics, aerodynamics, sculpted interiors, angled IPs, comfortable and supportive seats, market research with targeted customers, and team-oriented planning—all of these would become standard elements of future American automobile design and manufacturing.

In 1987, Vandermolen was promoted to the position of Design Executive for small cars at Ford Motor Company, overseeing interior and exterior design developments in North America—a first for a woman in the automotive industry. That year, Fortune Magazine named her one of its “People to Watch.” She headed the development of the 1993 Ford Probe from start to finish. Her focus on women consumers remained a particular point of pride throughout her career.

Today. Mimi Vandermolen’s legacy lives on. In February 2021, the Classic Cars.com Journal called her one of “11 women who changed automotive history and the way we drive.”

For more on Vandermolen and her contributions to the 1986 Ford Taurus, see the book Taurus: The Making of the Car That Saved Ford by Eric Taub (1991).


Donna R. Braden is Senior Curator and Curator of Public Life at The Henry Ford. She learned of Mimi Vandermolen’s story in the 1990s and is pleased to finally write about it so others can appreciate it as well.