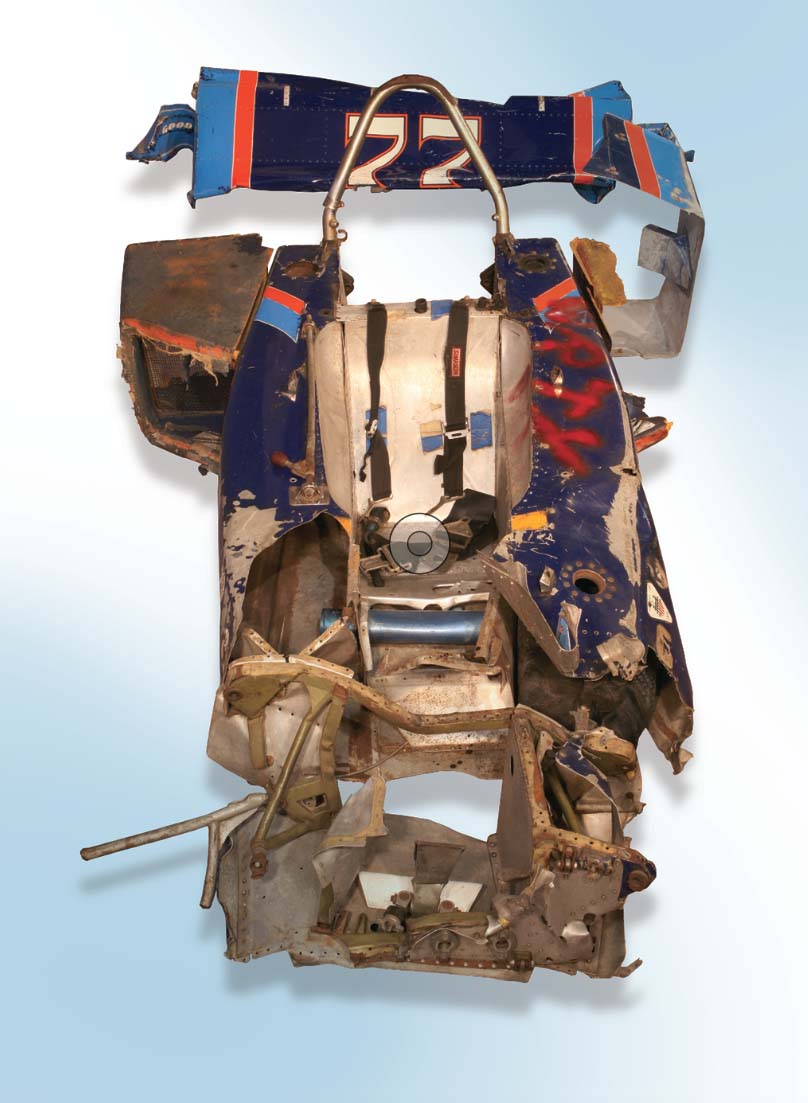 The mangled wreck of driver David “Salt” Walther’s 1972 McLaren M16A is on exhibit in Driven to Win: Racing in America in Henry Ford Museum of American Innovation.

Search the 1973 Indianapolis 500 on the Internet, and you won’t find a bunch of happy headlines. Words like “fatal,” “tragedy,” “cursed,” and “unforgettable” pop up.

Three deaths and multiple crashes are attached to the ill-fated race. One of the day’s most dramatic headlines, and still considered one of the worst crashes in Indy 500 history, involved driver David “Salt” Walther and his 1972 McLaren M16A, an artifact on display in Driven to Win: Racing in America in Henry Ford Museum of American Innovation.

On the race’s first lap, Walther’s car crashed into the outside wall, exploded, and overturned. Images of the ripped-apart vehicle with Walther’s feet dangling outside of it are disturbing, but although badly burned, Walther did survive the accident. Miraculously, he didn’t lose his passion for auto racing either, coming back to the sport to drive again in 1974. In fact, Walther started in seven Indianapolis 500s, five of which occurred after his terrible crash (his best finish was ninth place in 1976).


Learn even more about Walther’s crash in this video. / YouTube

“Safety advancements in helmets, roll cages, and fire-resistant materials allowed Walther to survive that dramatic wreck,” said Matt Anderson, curator of transportation at The Henry Ford. “And even more safety changes and rules came after his crash.”

Fuel capacity of cars was reduced, for example, to lower the risk of fire. Rescue procedures on the track were also reviewed and improved. And seating at the Indianapolis Motor Speedway was moved back to further protect spectators from flying debris.

Anderson said having Walther’s mangled car on display in Driven to Win helps The Henry Ford tell one of auto racing’s more cautionary tales. It speaks to the inventive spirit and dedication that American auto racing’s drivers, crews, and engineers have to make their sport as safe as possible. Nearby is a display of The Henry Ford’s significant collection of racing helmets, an evolving safety innovation that has saved many lives on and off the track. Headgear belonging to the likes of Dan Gurney, A.J. Foyt, Phil Hill, and Mario Andretti are included. 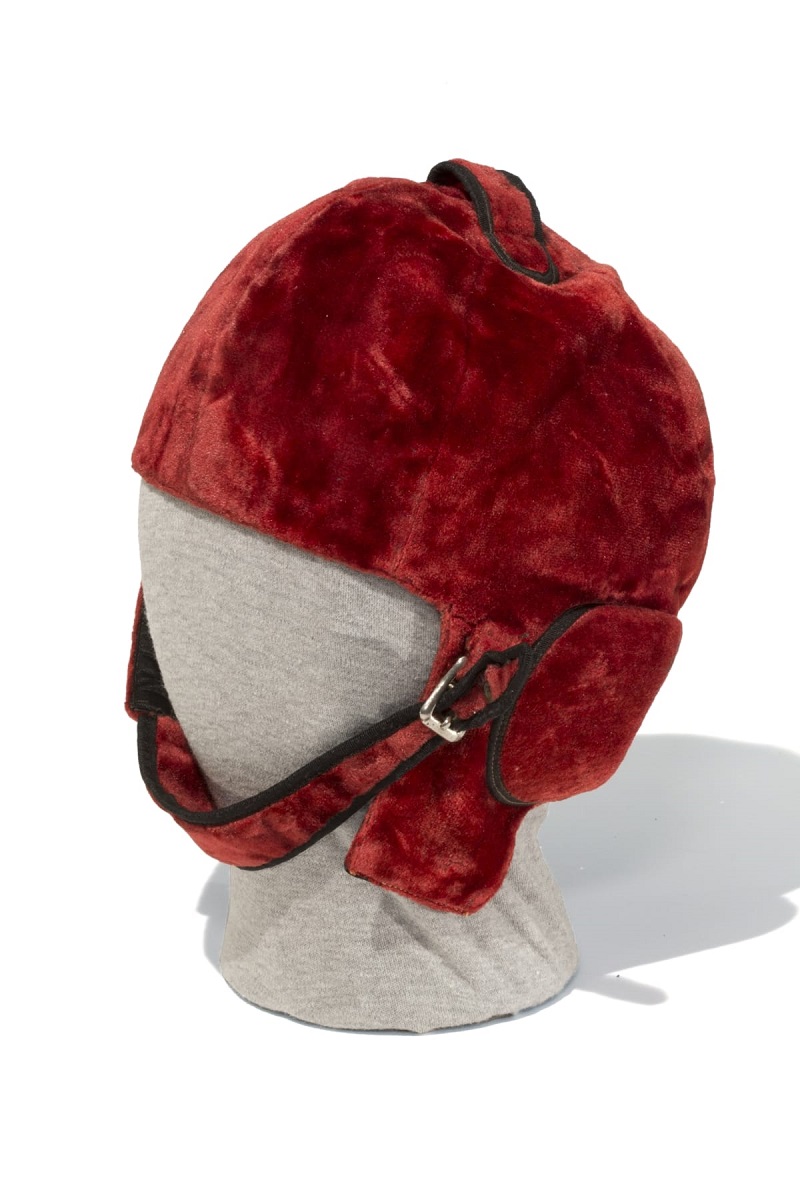 This helmet, which is on display in Driven to Win, was used by George Robertson in the 1908 Vanderbilt Cup Race. / THF154549

Said Anderson, “Walther’s car is our reminder to everyone that auto racing can be made safer but is never completely safe.”


This post was adapted from an article in the January–May 2020 issue of The Henry Ford Magazine.