A Quilt with a Cause 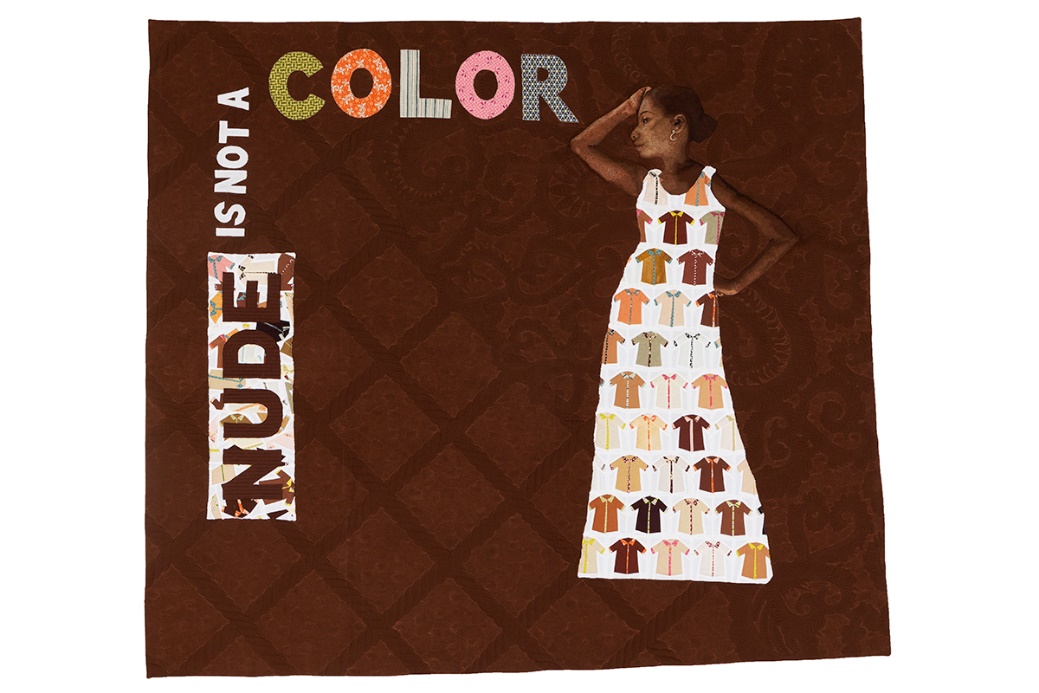 Nude is Not a Color quilt, made by Hillary Goodwin, Rachael Dorr, and contributors from around the world, 2017. / THF185986

We often associate quilts with warmth and creativity. They can also make statements —serving as banners advocating a cause.

For nearly 200 years, American women have used needle and thread—once the only medium available to them—to express opinions, raise awareness, and advocate for social change. Women gathered in homes and in their communities to create quilts supporting causes like abolition, voting rights for women, and war relief.

This striking quilt, Nude is Not a Color, was created in 2017 by a worldwide community of women who gathered virtually to take a stand against racial bias. Learn more about the quilt below, and see it for yourself on exhibit as part of What We Wore in Henry Ford Museum of American Innovation, from March 11 through April 18, 2021.

In 2014, a clothing brand that sewist and blogger Bianca Springer of Pearland, Texas, had publicly supported introduced a new line of pale beige garments called Nude—a name long used by the fashion and cosmetic industries for products like hosiery and lipstick. Bianca took action. She contacted the company, thinking that the name was perhaps an oversight —reminding them that “nude” is a state of undress, not a color. And that the shade they chose as “nude” reflected only people of lighter skin tone—thus marginalizing people of color. Bianca’s perspective was repeatedly dismissed by company officials as overblown and irrelevant. She felt excluded and invisible.

Quiltmaker Hillary Goodwin of Auburn, California—also a fan of the company's clothing designs—wanted to stand in solidarity with her friend Bianca, and with other people of color. Together they decided to make a statement in fabric. Through Instagram, Hillary asked quilters to create a shirt block in whatever color fabric they felt best represented their skin tone, or that of their loved ones. Twenty-four quilters responded, from around the United States and around the world, including Canada, Brazil, the United Kingdom, Spain, the Netherlands, and Australia. Hillary then combined these shirt blocks with an image of Bianca wearing one of the “Nude” brand garments—creating this motif of a woman of color clothed in many shades of “nude.” Rachael Dorr of Bronxville, New York, then free-motion machine-quilted the completed quilt top.

More people became aware of the company’s bias and lent their voices to the issue, demanding change—and the brand eventually altered the name of the garment collection. A global community of women, willing to use their talent and voices to take a stand against racism, made a difference.

The makers each had a unique story to tell—below are some of their insights.

“Hearing of this encounter was an eye opener for me as a white woman. How would I feel if I had to explain to my daughter that her skin tone was not the “standard”? How many other ways does my white privilege benefit me without me acknowledging it? How could I help stand in solidarity with my friend?”  —Hillary Goodwin, Auburn, California 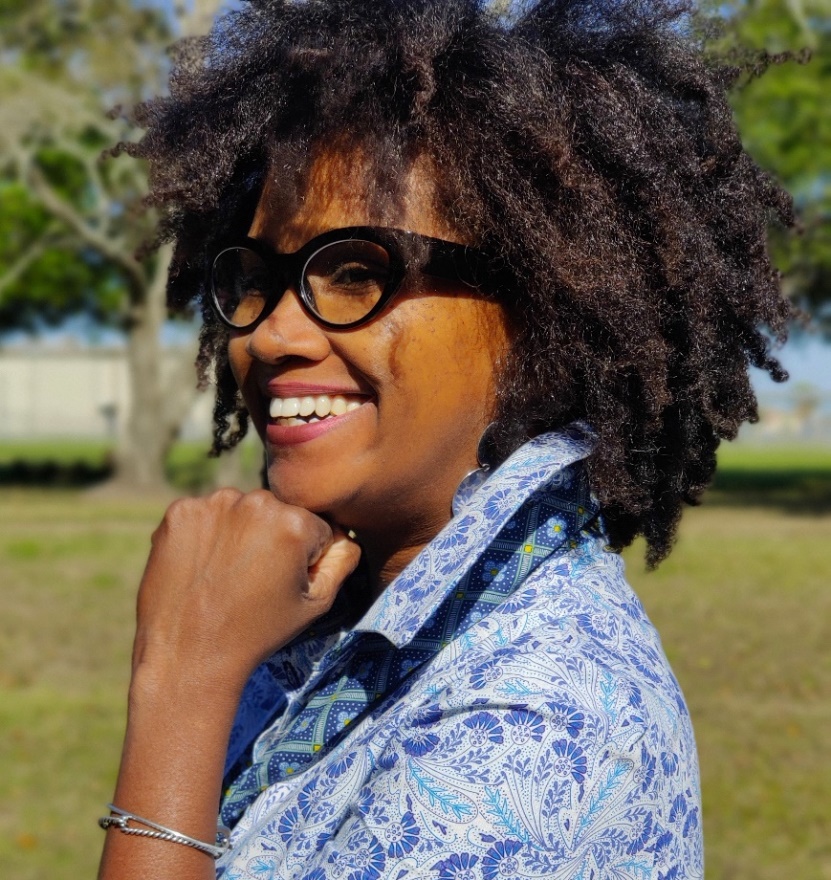 “The … collection featured a non-diverse group of models wearing beige fabrics classified as "nude.” My "nude" skin is not beige and the use of the term made it clear they did not have me in mind… the color … only fits the white majority, signals white supremacy and marginalizes people of color… With the conceptualization of the quilt, the issue went from commiseration and emotional processing of systemic and overt racism, to a broader statement of activism.”  —Bianca Springer, Pearland, Texas 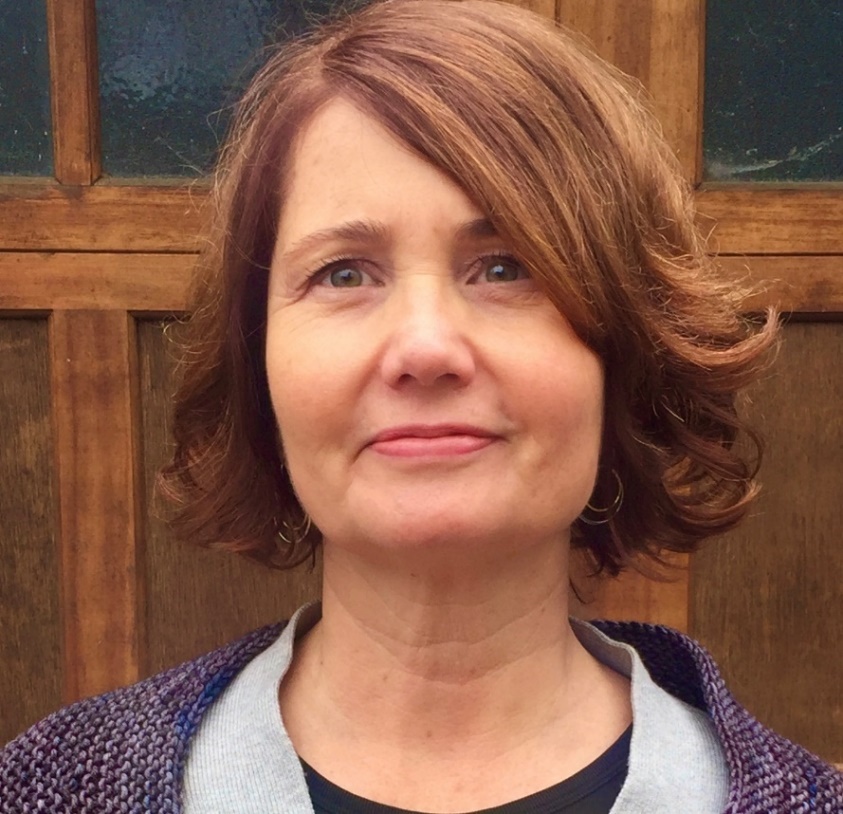 “Although I considered myself a non-racist white person, I am not, of course, and I had never really given any thought to what it felt like to live life in a skin color that was not white. I credit my participation in the making of this quilt as the beginning of my slow and never-ending quest to be an anti-racist ally and to use the unearned privilege afforded me solely by my skin color to help bring some long overdue justice to this country.” —Tamara King, Portland, Oregon 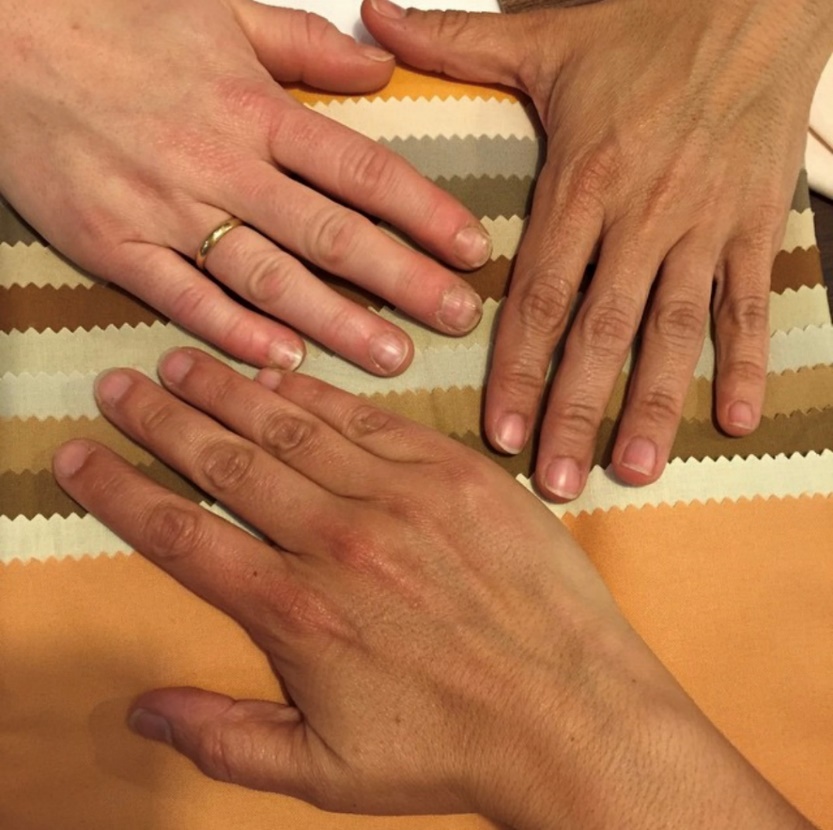 "We are a group of three friends, we met through sewing… We live in Asturias, a small region in the north of Spain, that has traditionally been a land of emigrants … concepts such as "white privilege,” "black lives matter" … "segregation" ...  sound very foreign to us… Choosing the fabrics for our "shirts" was … a surprise. How different we all are! And then seeing all the "shirts" … Mind blowing!” —Sonia Sanchez (along with friends Carment Alonso and Maite Macias), Oviedo, Spain 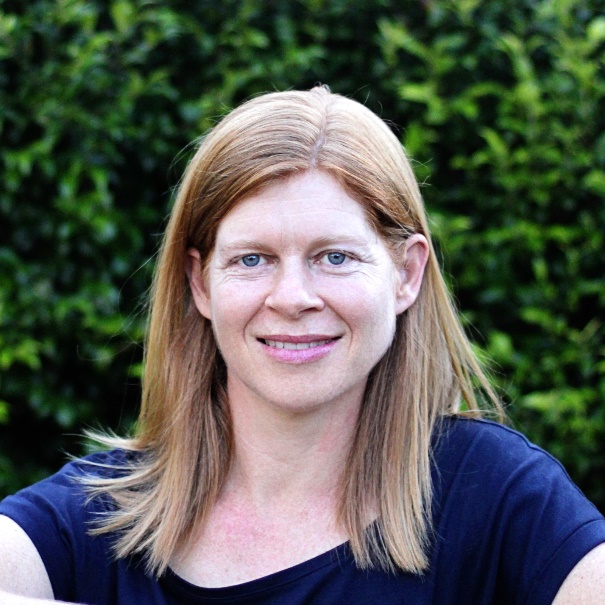 “I hope that the message of the quilt reaches a lot of people and, at least, has them thinking.” —Kirsty Cleverly, Sunshine Coast, Queensland, Australia 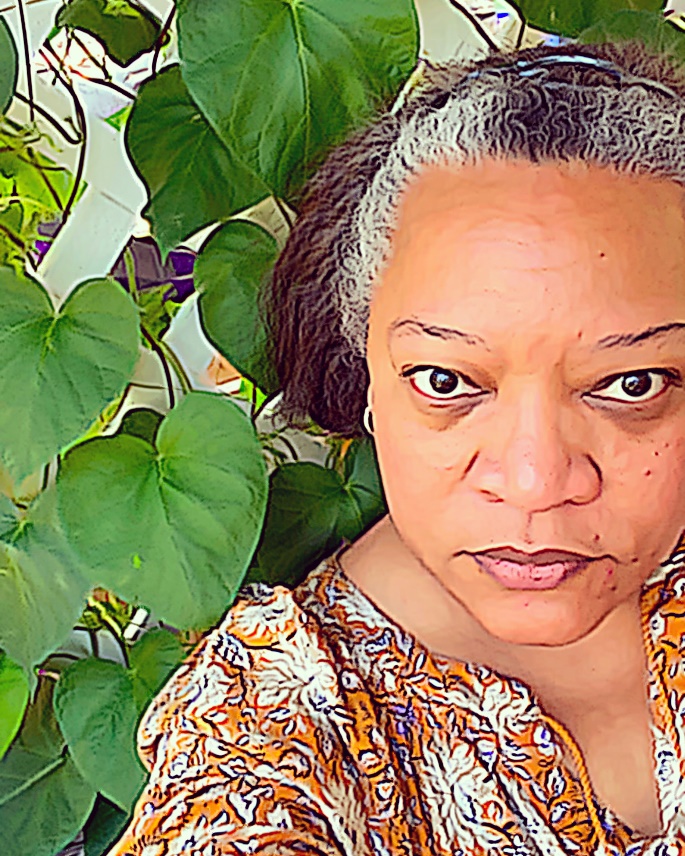 “I grew up in the South at a time when bare legs were scandalous and pantyhose were expected on any good young lady. The color options were black, suntan, and nude. It never quite made sense why nude was so white and why my own predominant skin tone was equated to someone's suntan. Why would white skin be the default in such a creative industry as fashion? Unfortunately the industry still adheres to these color naming schemes, which only serve to make sure I know that I am Other in this society.” —Chawne Kimber, Easton, Pennsylvania 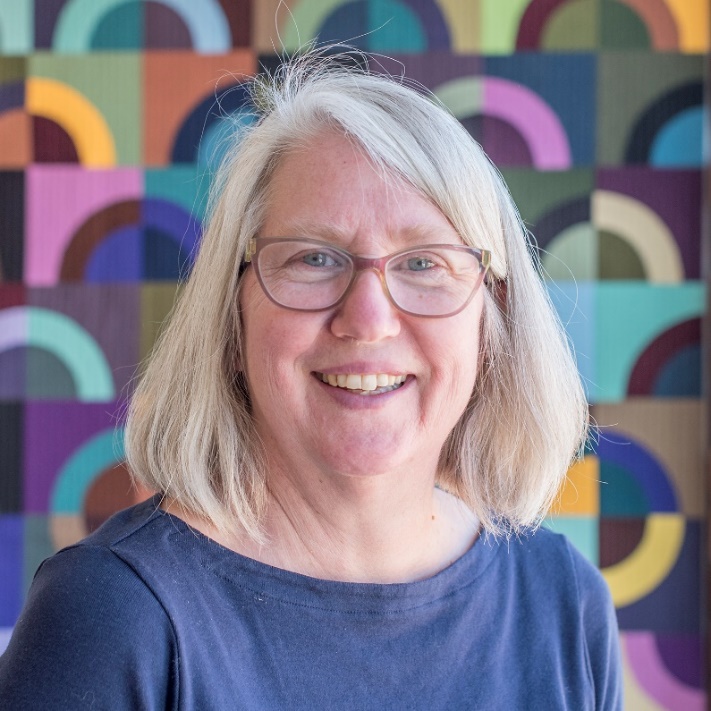 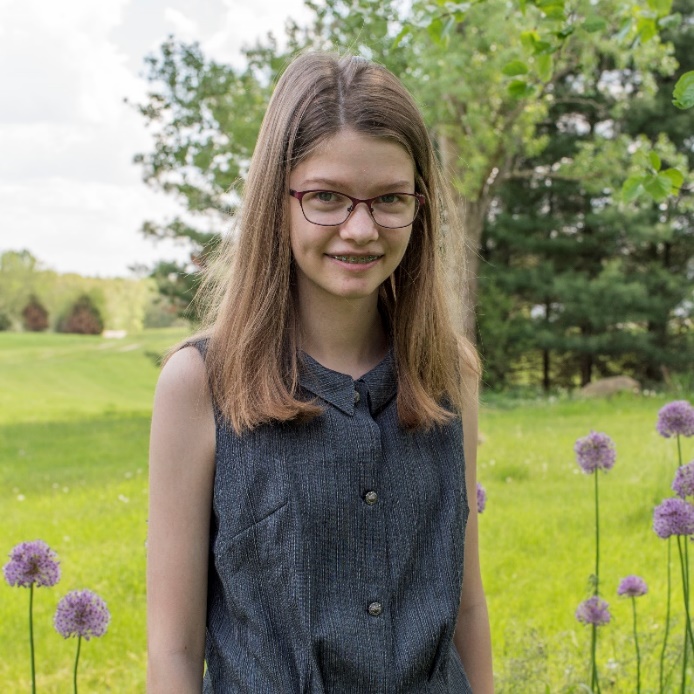 “My daughter, Phoebe, who was 10 at the time, often spent time in my sewing room with me and loved to help choose fabrics for my projects. I had Phoebe help choose a fabric that matched my skin tone. She noticed that HER skin matched a different color and wanted to contribute a block too. I loved that teachable moment we had in the sewing room… This moment contributed to her journey of looking at how people are the same, how people are different, representation, and fighting for social justice as she is now doing in her teens.” —Lynn Carson Harris, Chelsea, Michigan 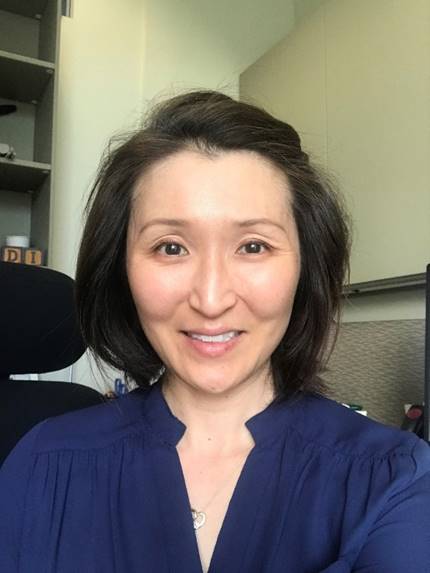 “I am familiar with the disappointment when undergarments, hosiery, foundation creams made in cream/pink aka “nude" never quite match my more yellow/olive skin tone. Working with quilting cotton solids in skin tones that ranged from rich chocolate to yellow undertones was liberating as it helped me be more comfortable challenging the current paragon for skin tone.” —Agnes Ang, Thousand Oaks, California 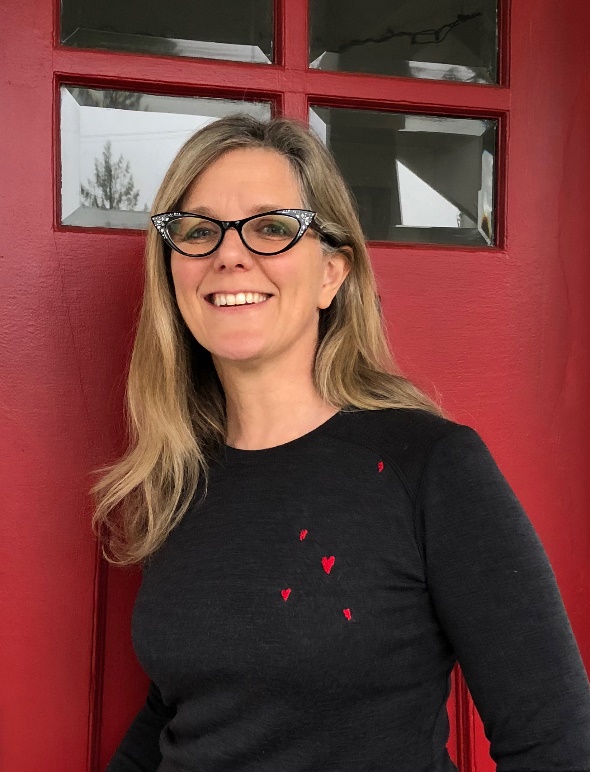 “I was born into a white, middle-class family in South Africa during the sixties. When you live in a life where everyone looks and lives like you do, you come to believe that this is normal life, however of course, this is far from the truth. Despite my family being liberal, I was blind as to the impact that my privilege had had on the black communities around us… I have become more aware of this burden of my privilege on others… The simple awareness of how our world is designed for some but not all, should inspire us to make equitable changes to provide dignity for all. Inclusivity and raising each other up makes us a strong human race.”  —Berene Campbell, North Vancouver, British Columbia, Canada 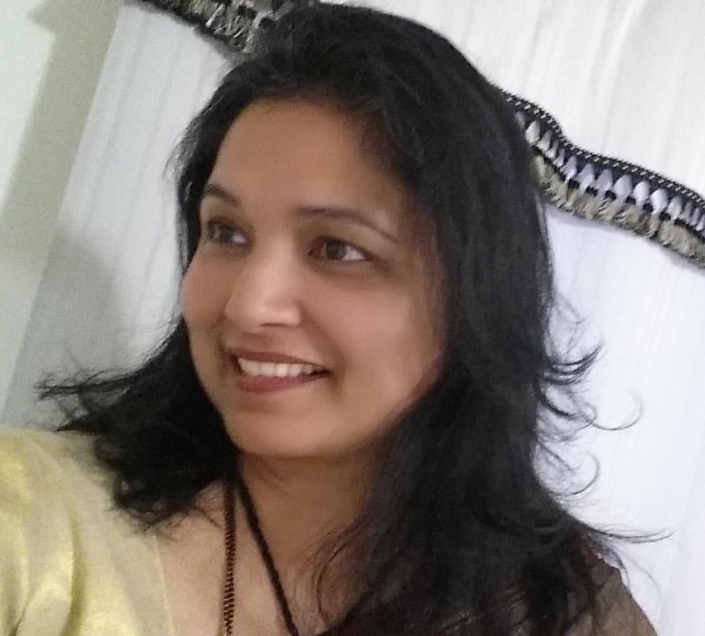 “As an Asian Indian couple, a job move for my husband brought us to USA in 2001. Within a short time the unfortunate events of 9/11 occurred. Watching the morning news live, I saw the first tower being struck and a few minutes later the second! All telephone systems were down and I was not able to contact my husband… Fearing the worst possible harm to my husband, I panicked! I knocked on my neighbor’s door. We had shared the elevator a few times. All I wanted to know from her was, how far or near my husband’s workplace would be to the Twin Towers. She opened the door, took one look at me and yelled into my face, ‘Go back to wherever you came from, you [n-word]!’” —Krishma Patel, Carteret, New Jersey 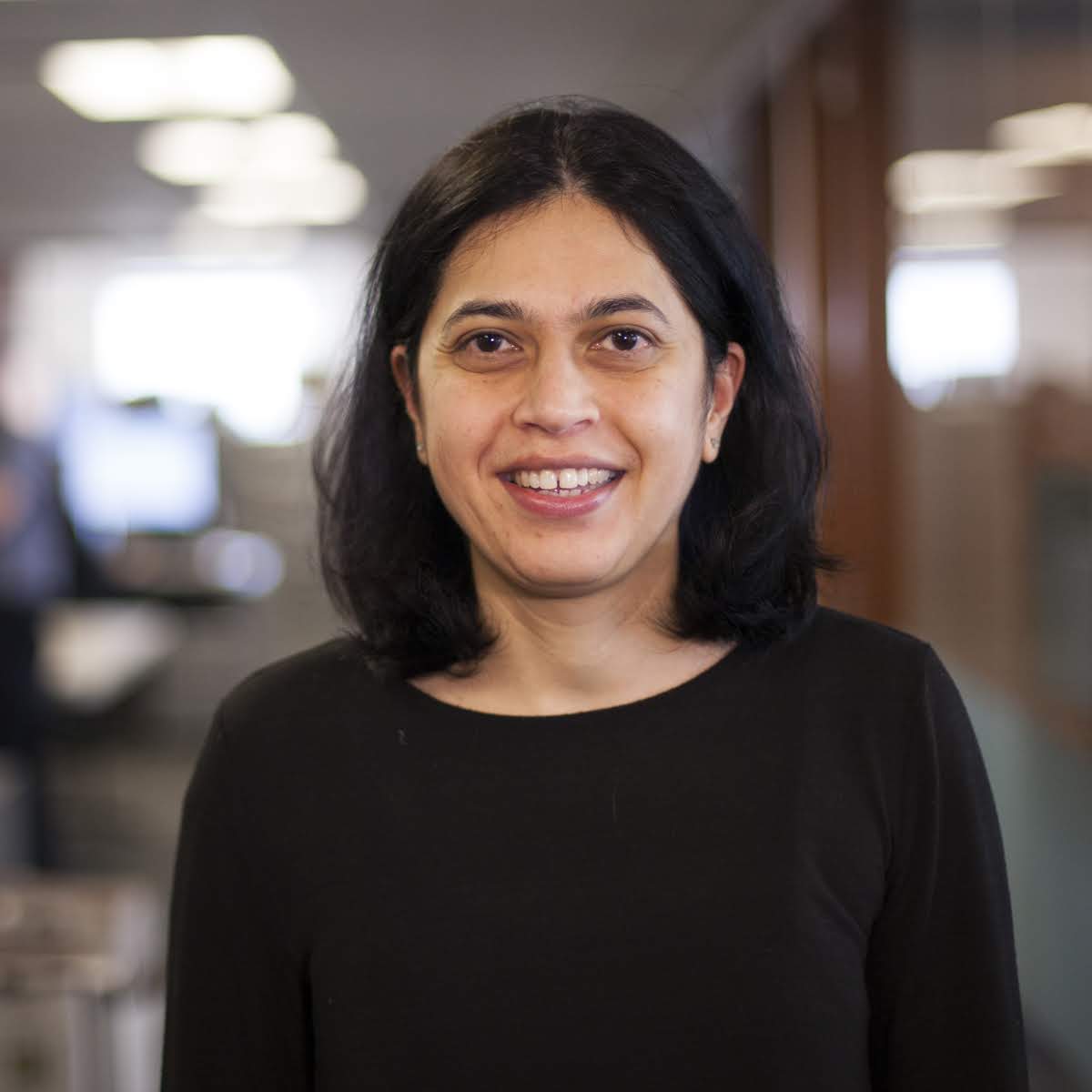 “As a new grad and a South Asian female when I first went to work in investment banking I needed stockings to go with my business attire. I would always find loads of "Nude" colored stockings but they never kind of matched my skin color. A few stores would only carry that color and I had to go find specific stores that sold the ones matched my complexion.” —Rachel Singh, Seattle, Washington 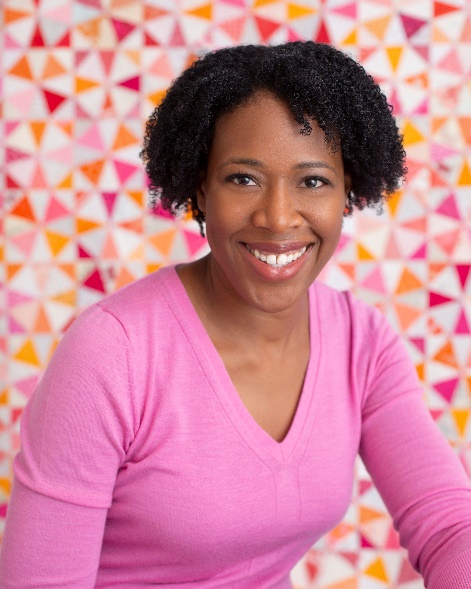 “People like me with brown skin are thus ignored and rendered invisible. And yet, we exist and we matter. I contributed to this quilt to join with others who also believe that nude is not a color. I contributed two shirts: one shirt is the color of honey and the other cocoa brown. These shirts represent each of my brown-skinned daughters. May they never feel invisible. May they always know that their color of nude is just as worthy and beautiful.” —Nicole Neblett, Ann Arbor, Michigan 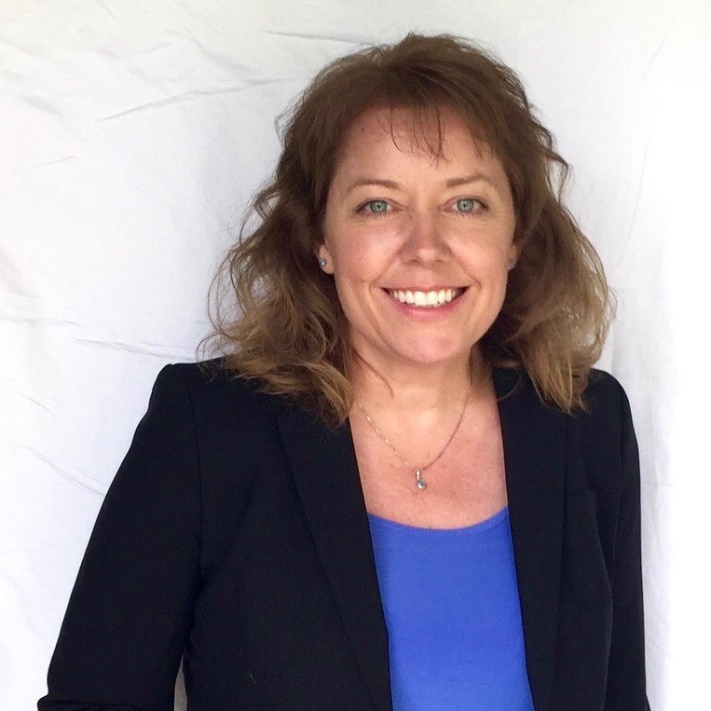 “…people of color face a world frequently viewed only through the white lens, while white people have blinders on to that experience… I’m proud to be part of this project and hope it inspires white viewers to open their hearts and minds to the anti-racism work we must continue to do for the sake of all humanity.” —Michele Spirko, Amherst, Massachusetts