A Reunion 50 Years in the Making – Gurney, Foyt and the Mark IV 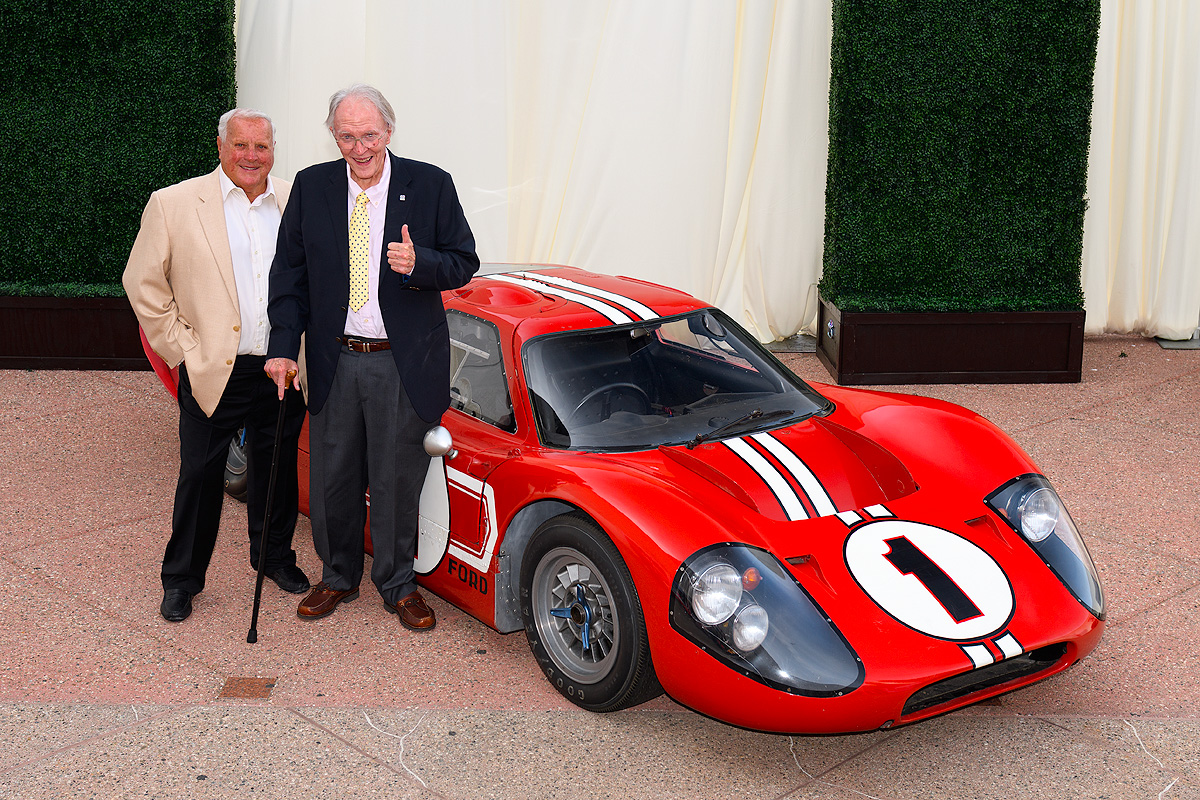 Fifty years ago, on June 11, 1967, Dan Gurney and A.J. Foyt made history by winning the first and – to date – only all-American victory at France’s 24 Hours of Le Mans. For Ford Motor Company and race team Shelby American, it was the second consecutive Le Mans win, following the memorable 1-2-3 finish of 1966. But that first victory came courtesy New Zealander drivers Bruce McLaren and Chris Amon, and the British-built GT40 Mark II. With Californian Gurney and Texan Foyt behind the wheel of the made-in-Dearborn Mark IV, the 1967 win was as American as the proverbial apple pie. 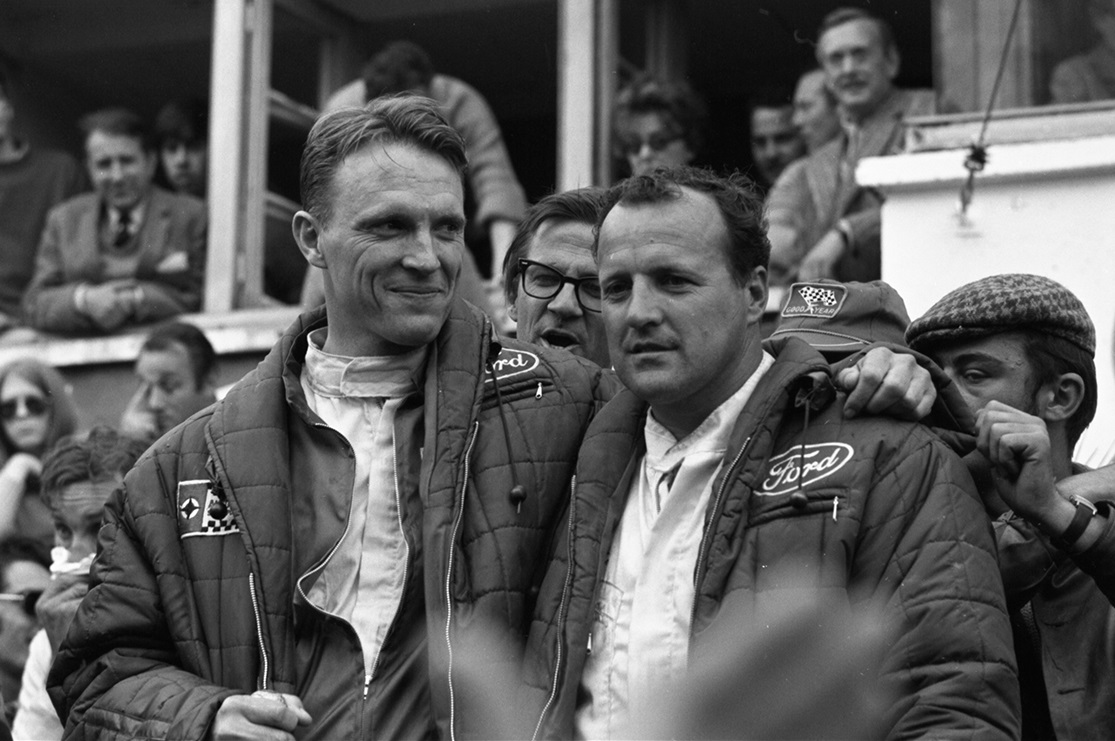 Gurney and Foyt on the Le Mans podium in 1967. (From the Collections of The Henry Ford)

In conjunction with the Toyota Grand Prix of Long Beach, the Road Racing Drivers Club recognized Mr. Gurney, Mr. Foyt and the milestone anniversary in a special ceremony on April 6. The Mark IV left its usual place in Henry Ford Museum of American Innovation and headed west to join the veteran drivers in California, making for a rare reunion of the men and machine that dominated the Circuit de la Sarthe in 1967 and capped the fiery Ford-Ferrari feud. Gurney and Foyt shared their still-vivid memories of the race, reflected on changes in endurance racing over the past five decades, and resoundingly agreed that June 1967 marked a high point in both of their careers. (Just ten days before the ’67 Le Mans, Foyt won his third Indianapolis 500, and a week later, Gurney won the Formula One Belgian Grand Prix in one of his Eagle race cars.) 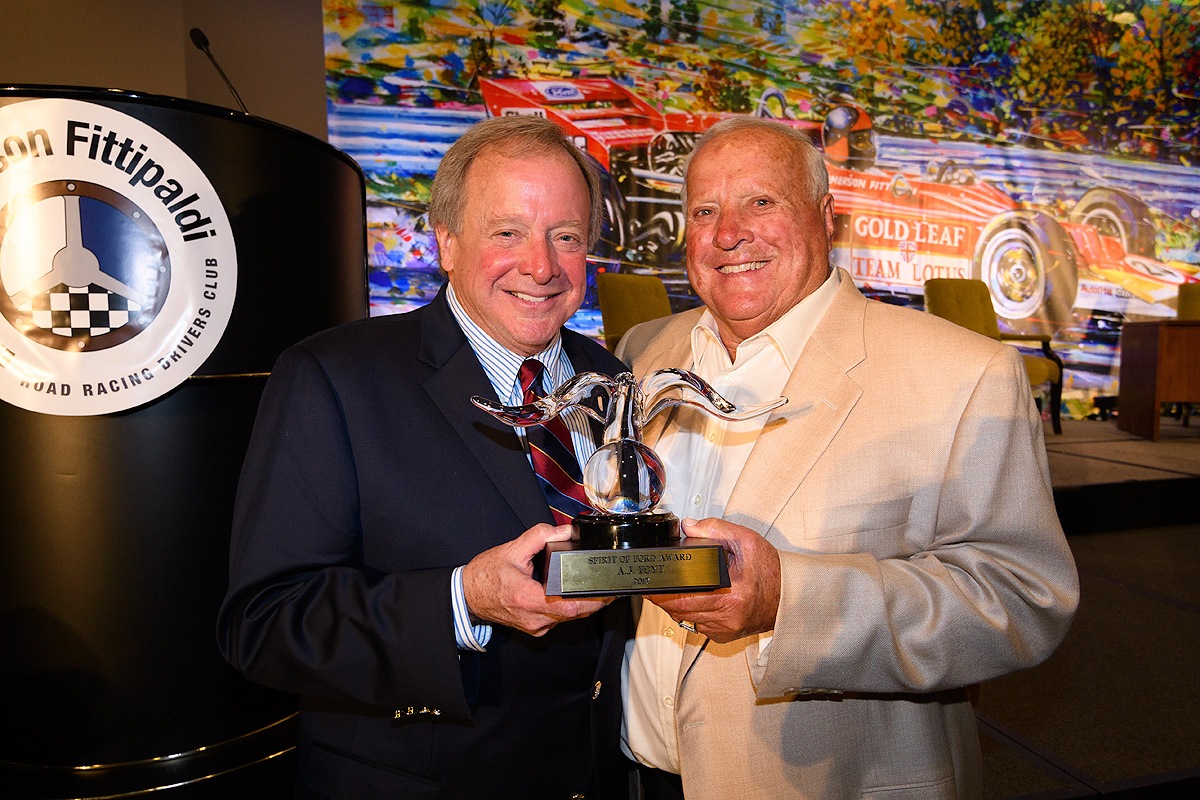 Mr. Foyt received another tribute before the evening was over. Ford Motor Company director Edsel Ford II presented him with the Spirit of Ford Award, the company’s highest honor in auto racing. Foyt is only the 26th recipient since the prize was established 1988, and he joins a prestigious group of past winners like Carroll Shelby, Richard Petty, Denise McCluggage, John Force and Sir Jackie Stewart. (Mr. Gurney is a 1999 Spirit of Ford recipient.) 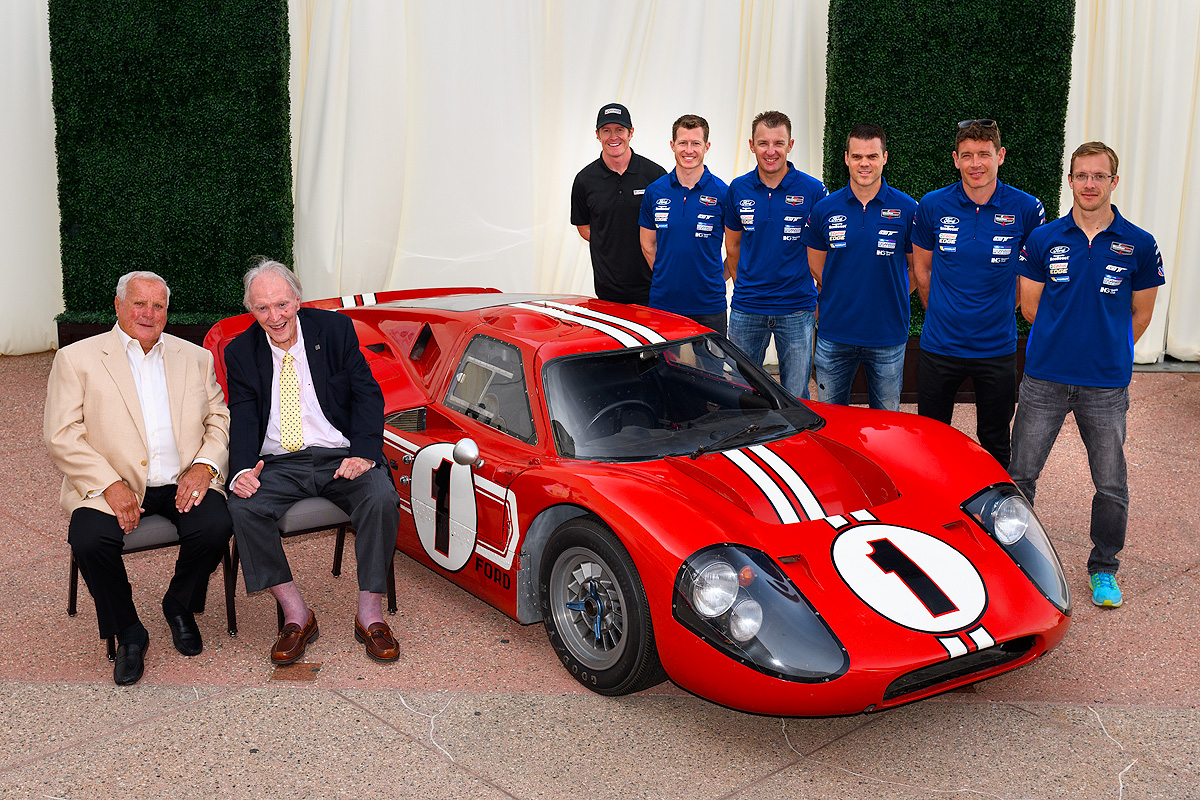 It was an incredible evening, not only because of the chance to reflect on 1967, but also due to the excitement building toward this year’s 24 Hours of Le Mans, where Ford will look to defend its 2016 class victory with the current Ford GT. Two of Ford’s 2016 driver teams, Joey Hand, Dirk Müller and Sébastien Bourdais; and Ryan Briscoe, Richard Westbrook and Scott Dixon, were on hand in Long Beach. Past and present came together when the “kids” joined Foyt and Gurney for a group photo with the Mark IV. Fifty years later, A.J. Foyt and Dan Gurney continue to inspire – on the track and off.