A Significant Car on an Important Roster 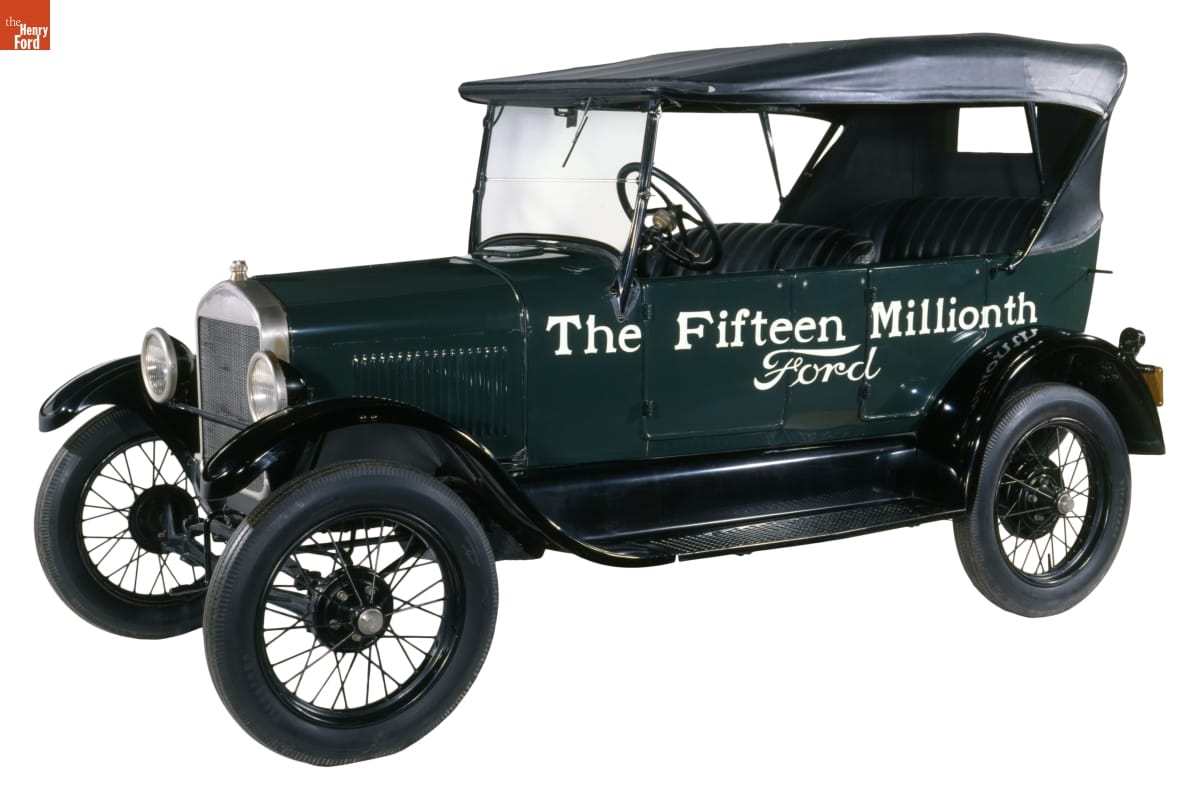 Beginning today through April 9 we're honored to have our 1927 Ford Model T Touring Car, the fifteen-millionth Ford, on view at the National Mall for the 2018 Cars at the Capital event. The Historic Vehicle Association has selected our T for inclusion on its National Historic Vehicle Association Register. The 15 Millionth Model T joins impressive roster this year; other vehicles being added to the list include a 1984 Plymouth Voyager (the first Chrysler Minivan), a 1968 Ford Mustang Fastback (used in the iconic chase scene in the 1968 film Bullitt), a 1985 Modena Spyder California (featured in the 1986 movie Ferris Bueller's Day Off), and a 1918 Cadillac Type 57. 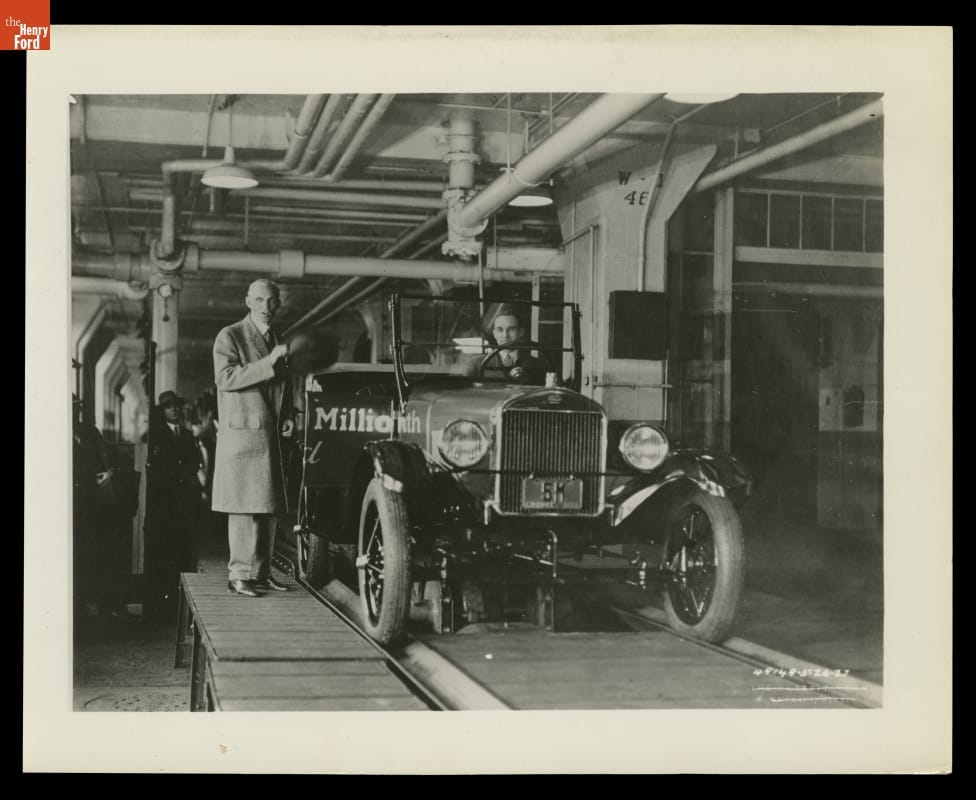 Henry Ford and Edsel Ford with the Fifteen-Millionth Ford Model T on the Last Day of Model T Production, May 26, 1927. THF118798

Although the 1927 Model T looked different from the original 1908 Model T due to many styling changes, the basic elements that made the Model T a technological innovation and cultural phenomenon - a simple 4-cylinder engine, planetary transmission, the limited color choices, and a flexible and strong chassis - were still there but were now liabilities in the automobile market. Consumers were no longer satisfied with a basic, dependable car. Americans demanded faster cars with smoother rides and more amenities. By the mid-1920s, it was obvious to almost everyone at Ford that the Model T's time had passed. Henry Ford, however, retained his firm belief that the Model T was all that anyone would ever need. In an attempt to check declining sales, Ford engineers incrementally modernized the car, introducing options such as electric starters, manually operated windshield wipers and body color choices. (Famously, black as the only color offered from 1914 through 1925.) 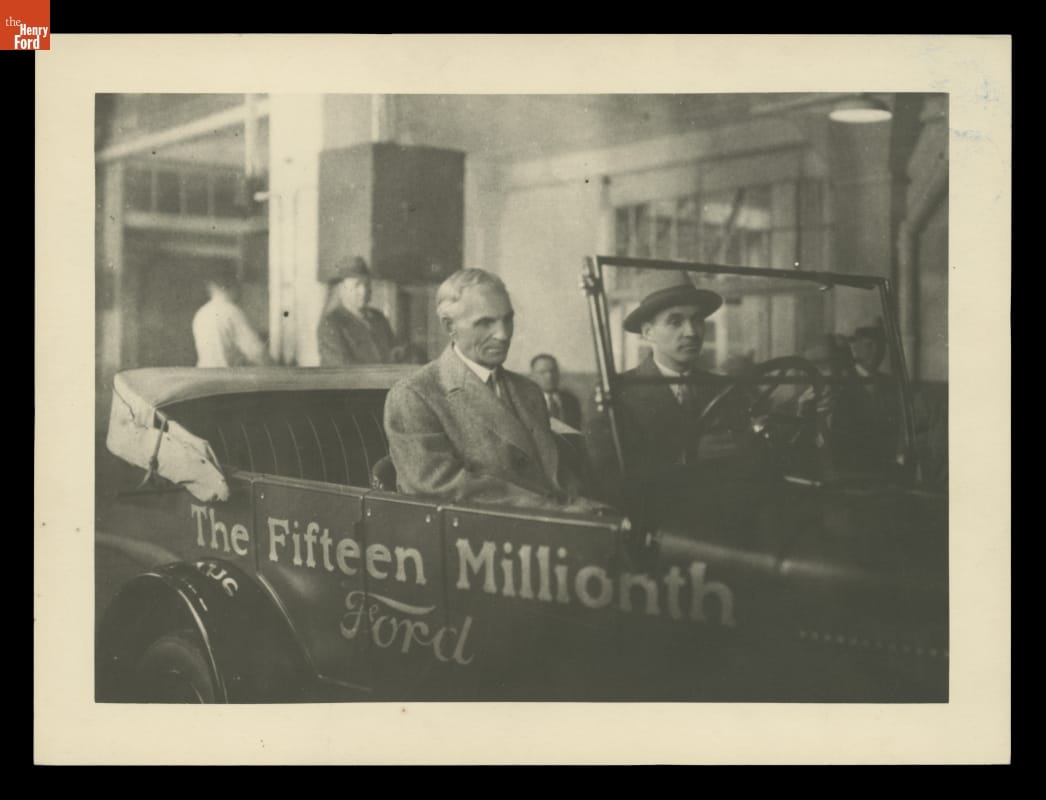 None of these ploys, however, allowed the Model T to compete with Chevrolet and Dodge Brothers cars that offered heaters, automated wipers, and a more comfortable ride - all at a comparable price.

When production of the Model T ended in May 1927, Henry Ford's "Universal Car" had introduced the world to the idea of personal mobility and transformed where and how we lived.

Take a look at the car getting ready to head to Washington, D.C., in this video.

Matt Anderson is Curator of Transportation for The Henry Ford.