An Educator Admired by Henry Ford 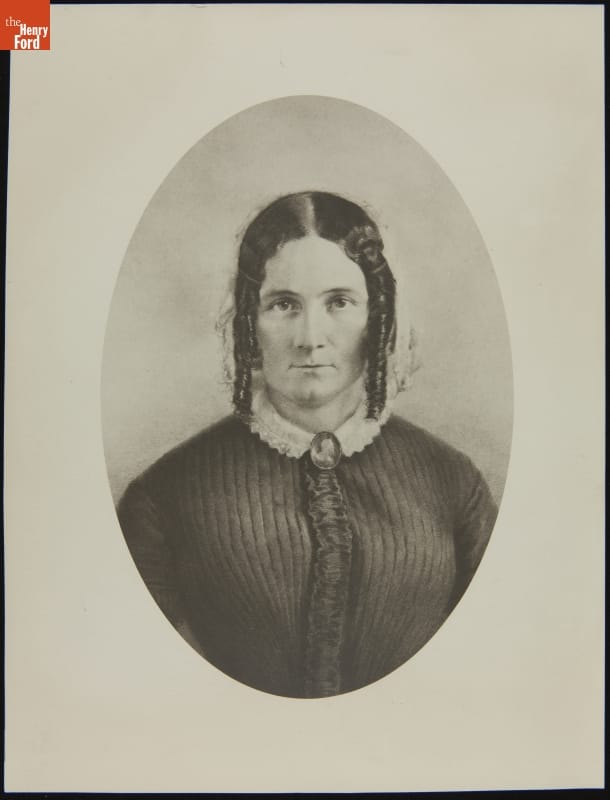 We are closing in on the end of our multi-year project to digitize photographs related to the buildings in Greenfield Village, and one of the most recent buildings we’ve tackled has been the William Holmes McGuffey Birthplace.  In the 1830s, McGuffey created a series of textbooks commonly known as McGuffey’s Readers, intended to teach reading and writing to various grade levels of schoolchildren.  Henry Ford used these readers as a child and considered them an important influence in his life, so he moved the Washington County, Pennsylvania birthplace of McGuffey to Greenfield Village in the early 1930s, dedicating it on September 23, 1934, the 134th anniversary of the author’s birth.  Among the several dozen images we’ve just digitized is this 1845 portrait of Harriet Spining McGuffey, who became William Holmes McGuffey’s wife in 1827.

Visit our Digital Collections to view all of the newly digitized images, or browse through other McGuffey-related artifacts, including a number of McGuffey Readers.