Cobo Center brimmed with more than 800 custom cars and hot rods at the 2019 Detroit Autorama.

Winter was a little late arriving here in southeast Michigan, and it doesn’t seem to be in any hurry to leave. But the colder-than-average temperatures made it all the more satisfying to check out the hot cars at the 67th Annual Detroit Autorama. A superb blend of old and new – a 2018 Dodge Charger Hellcat with the face and Coke bottle doors of its timeless 1969 predecessor.

Anyone in the hobby knows that Detroit’s Autorama is among the most prestigious hot rod and custom car shows in the world. More than 800 cars from throughout the United States and Canada come together at Cobo Center to be judged on their craftsmanship and creativity. The best entrants join Autorama’s “Great 8.” And from these eight finalists, judges choose the winner of the best-in-show Ridler Award. Only cars that have never been shown before are eligible to win, so it’s a special honor indeed. In addition to the bragging rights, the Ridler winner receives $10,000 and enshrinement in the online Winner Archive. This year’s Ridler Award went to “Cadmad,” a wild 1959 Cadillac Eldorado Brougham station wagon owned by Steve Barton of Las Vegas, Nevada. Mr. Barton passed away before the car was completed, giving added poignancy to this year’s prize. For the sixth year The Henry Ford presented its “Past Forward” award at the Detroit Autorama. Our prize goes to a car that 1.) Blends custom and hot rod traditions with modern innovation, 2.) Exhibits a high level of craftsmanship, 3.) Captures the “anything goes” spirit of the hobby, and 4.) Is just plain fun. Our winner this year was a 1956 Ford Victoria owned by Wes Adkins of Dover, Ohio. The Victoria features a 301-cubic inch Y-Block V-8 with twin superchargers; hand-crafted rocker panels, floors, and inner fenders; vintage Thunderbird door handles; and a 3D-printed hood ornament – at 60 percent the size of the original for a lower-profile look. Everything was beautifully executed – particularly the paintwork, done by the owner himself. 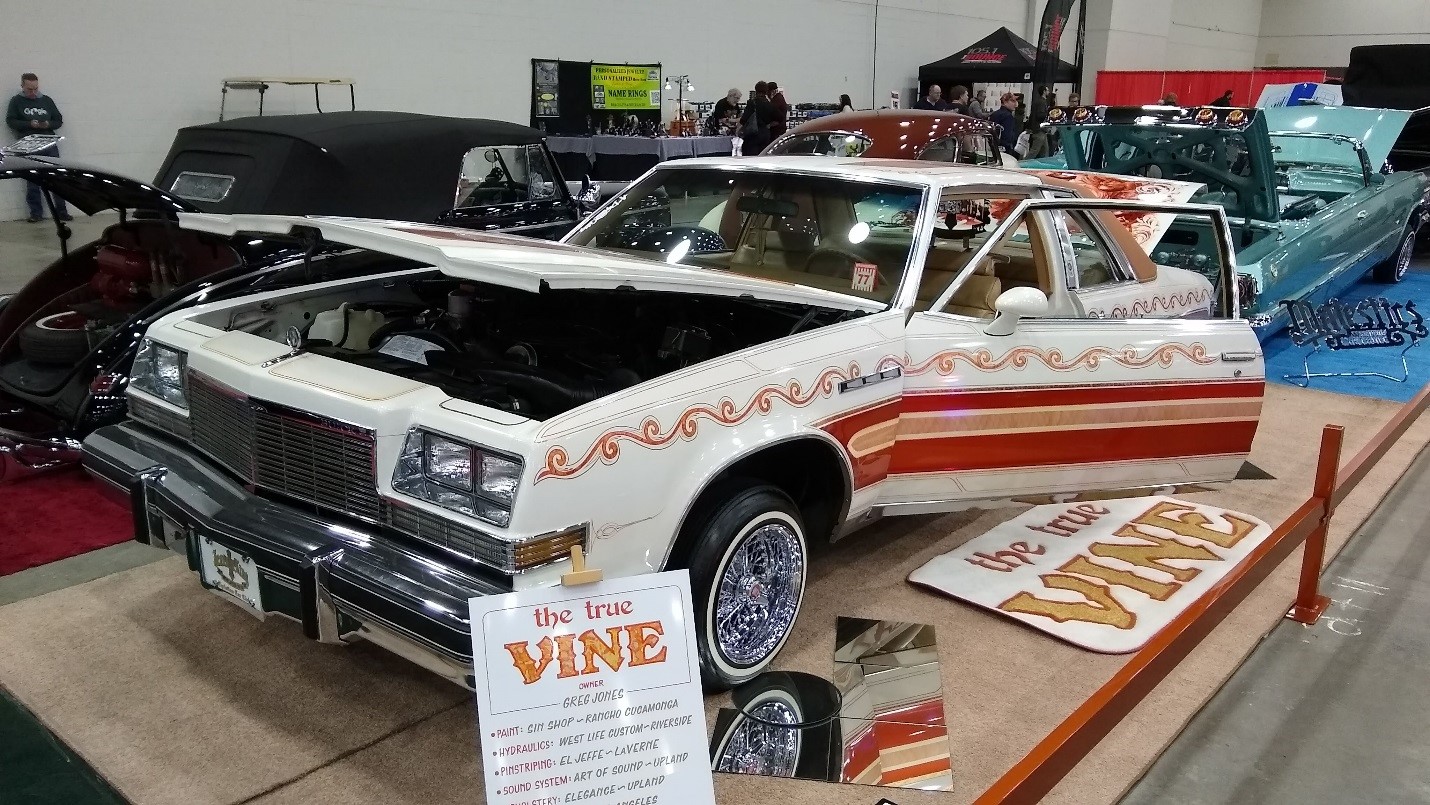 This year brought a special milestone as the Detroit Autorama hosted its first-ever Low Rider Invitational. Some 14 cars from Michigan and Ohio were featured in a special display. In the past, lowriders at Autorama tended to be scattered around the floor wherever space permitted. Exhibiting them together recognized the fact that lowriders represent a distinct – and thriving – subculture in the broader custom car hobby. Equally important was the fact that the lowrider display was curated by veteran gearhead Debbie Sanchez. Car shows – all kinds of car shows – have been dominated by men for too long. It’s refreshing to see women participating in greater numbers each year. 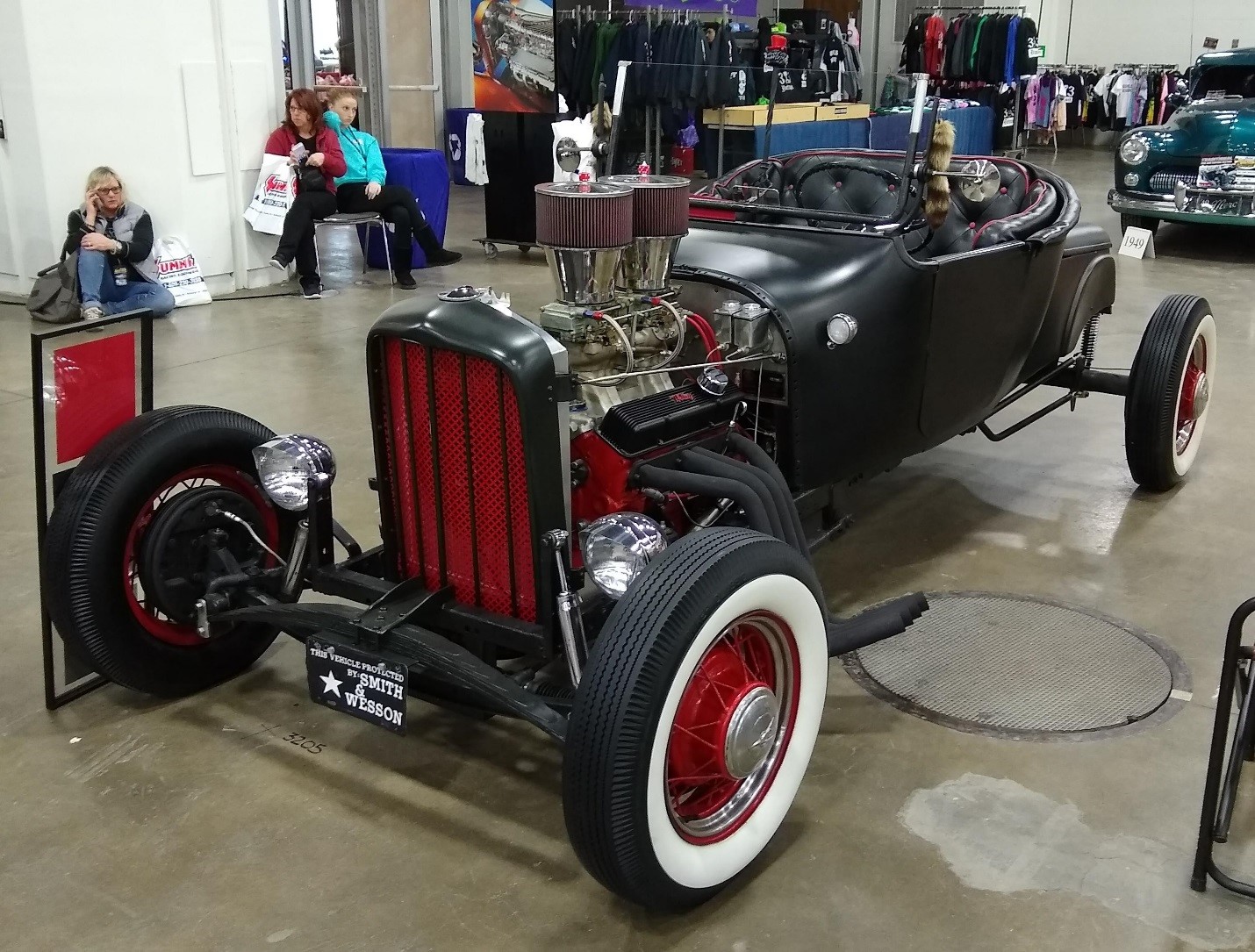 With their rambunctious reputation, John and Horace Dodge might have gotten a kick out of this rodded-up 1915 Dodge Brothers.

With so many cars on view, there’s something for everyone in Cobo Center. For race fans, there were slingshot dragsters and funny cars. For kids, there were go-karts and quarter midgets. For movie fans, there was a screen-used Batmobile from 1992’s Batman Returns, as well as a tribute to the late Burt Reynolds, who brought new car fans into the hobby with movies like Smokey and the Bandit, Hooper, and The Cannonball Run. And live music throughout the weekend ran the gamut from ’50s rock and roll to hard-driving R&B. 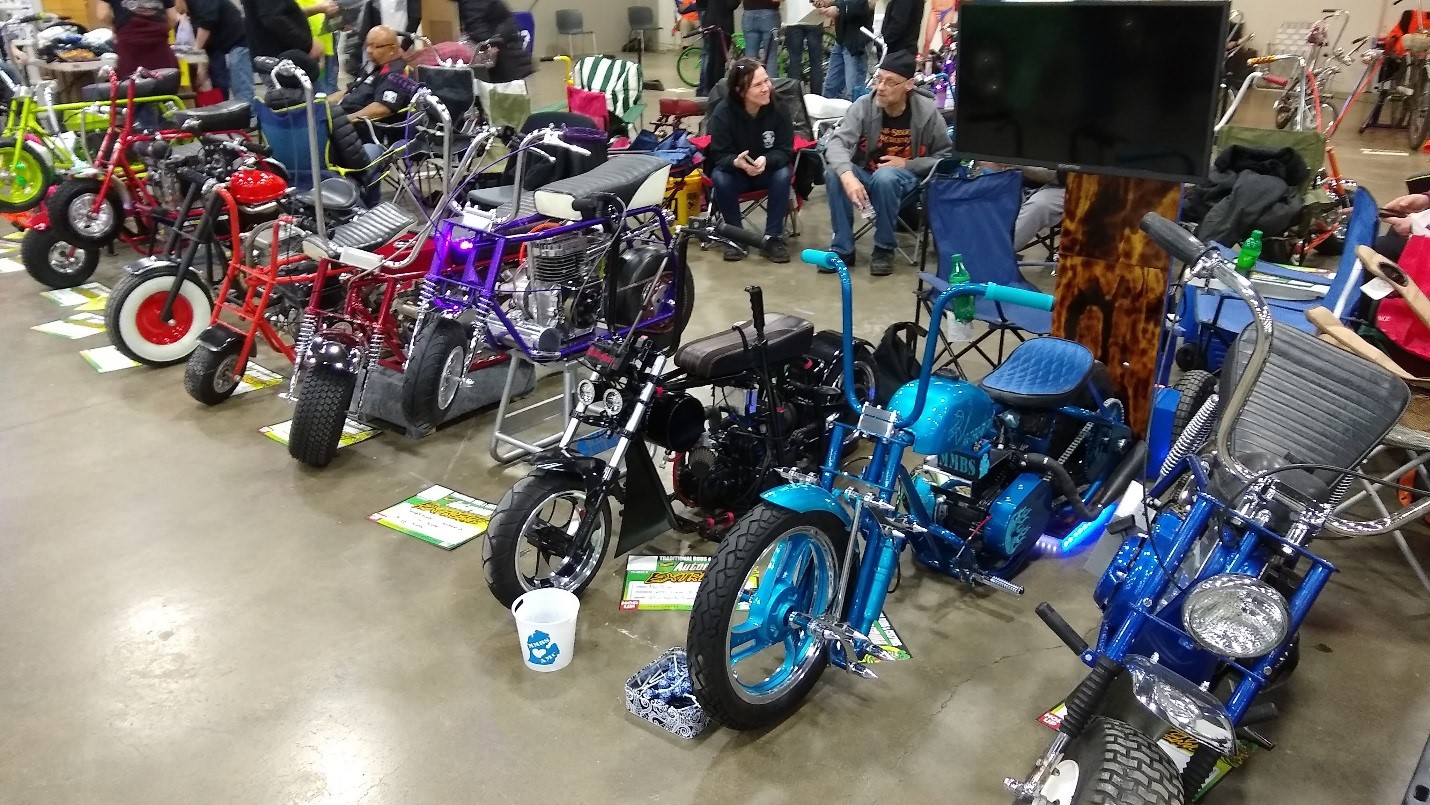 Minibikes lined up at Autorama Extreme.

For all of the great cars on the main floor, Autorama veterans know that the wildest rides are found down below – at Autorama Extreme on Cobo Center’s lower level. There you’d find the rat rods, the bobber bikes, and the way-out customs that are more riddle than Ridler. There’s even an on-site chop shop where you can watch skilled fabricators at work. If your budget (or your garage) won’t permit you to collect full-size cars, then you could check out the Toy-a-Rama show at the back of Cobo Center. Vendors offered hundreds of diecast cars and plastic model kits, from Hot Wheels on up to beautifully-detailed 1:18 scale pieces. Other sellers offered transportation-related books and magazines, and an incredible collection of vintage automotive sales brochures and advertisements.

There’s no other show quite like it, which explains why the Detroit Autorama continues to be known among builders and fans alike as “America’s Greatest Hot Rod Show.”