Behind the Scenes with IMLS: “Extra Large” Objects

If you’ve ever walked by the conservation labs at the back of Henry Ford museum, you’ve probably seen the conservators at work on a variety of objects, of a variety of sizes. With a grant from the Institute of Museum and Library Services, we are primarily working on “bench-top” objects – which can be picked up and moved by hand. There are, however, a handful of extra-large objects that we have planned to work on over the course of the grant, including (but not limited to!) historically significant motors, electrostatic producers, and transformers. These objects are important within the electrical scope of the grant, and they need work to be stabilized and preserved for the future.

Note that “extra-large” for us is a lot different than extra-large for the rest of the museum – the Allegheny is magnitudes larger than anything we are working with, for example! The “extra-large” objects that we are working on range up to 2 tons in weight, and require specialized equipment such as forklifts to move. We draw the line at artifacts requiring specialist rigging or outside contractors. These sorts of objects do bring their own issues – moving them from one place to another is difficult and requires careful planning, they require a good deal of space in the lab, and the treatments can take a significant length of time. We’re moving at a quick pace with the work on this grant, so taking two to three weeks just working on one object isn’t a good solution for us. 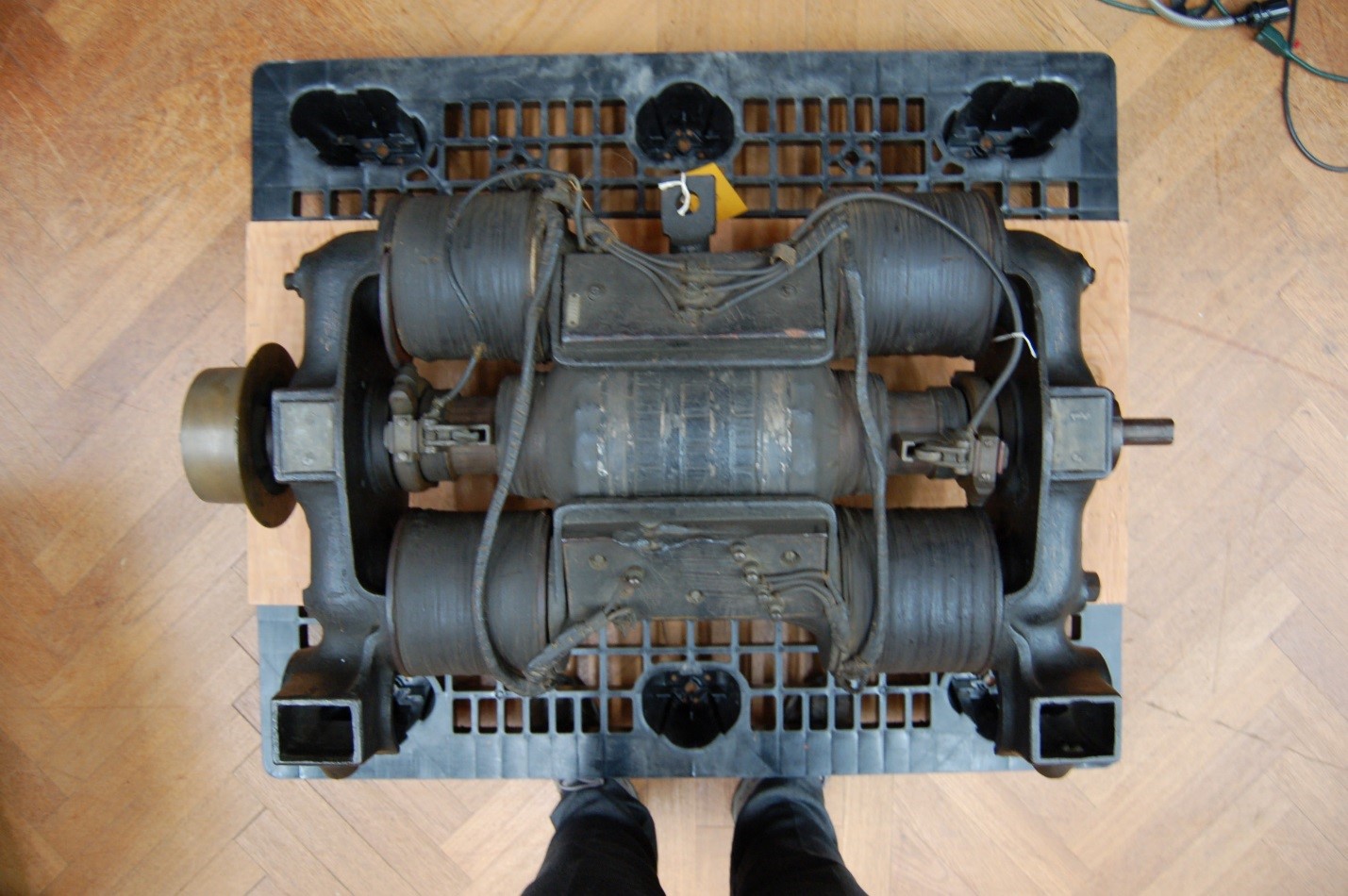 So how do we balance the amount of time it takes to treat very large objects with the need to keep up a pace in order to achieve completion goals? We’ve tackled this perennial problem in an interesting way. Since we don’t have an enormous number of extra-large objects to complete, we are allowing three months for the conservation of each. What this means practically is that we can bring the object into the lab, give it a space, and then as we have breaks between work on smaller objects, we can dedicate a few hours to it here and there. Breaking up the conservation work in this way has been very successful so far!

The first object that we’ve treated in this way is a Sprague streetcar motor. This is a really interesting and important object, believed to have been used in Richmond, Virginia on the first major electric street railway system, and dating to the end of the 19th century. 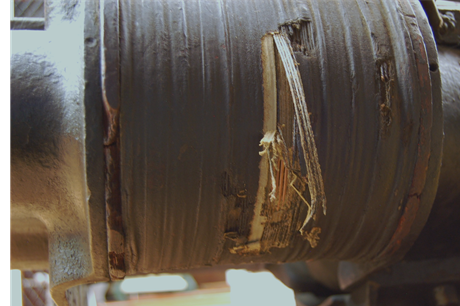 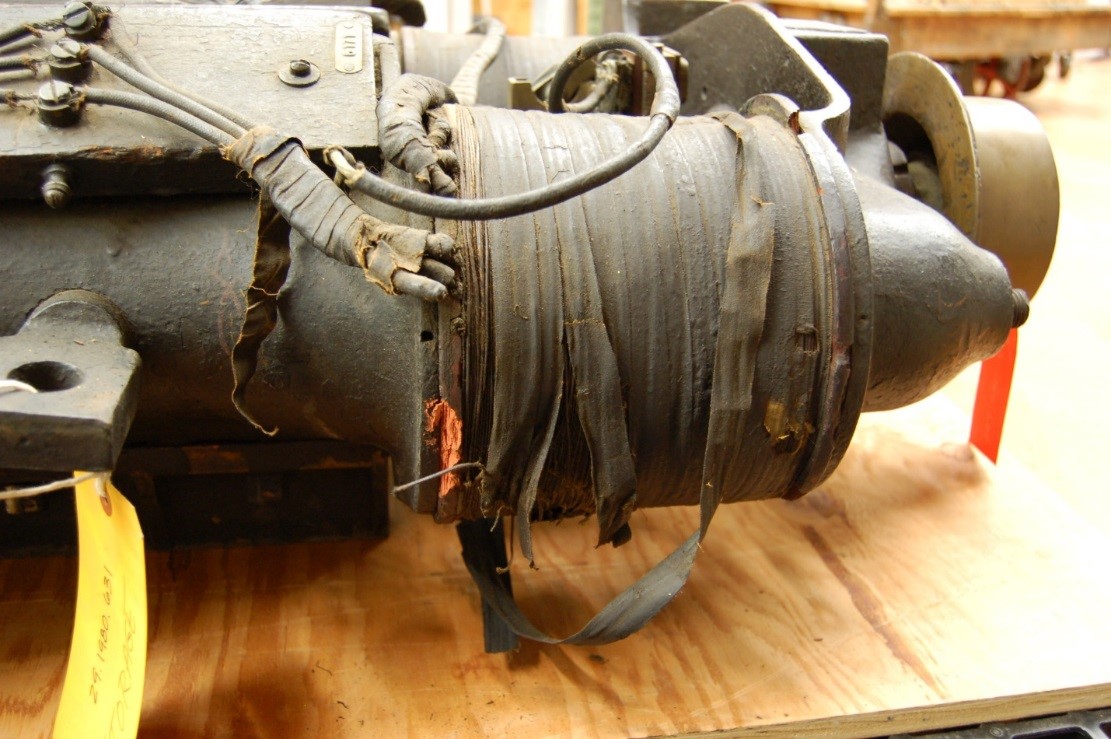 Two of the coils on the motor before treatment.

In the image above are shown two of the coils on the motor before treatment – the textile covering was loose and dirty, and in some places the damage extended to the layer below the outer wrapping as well. The treatment for this object required not only cleaning, but repair to these areas of damage. 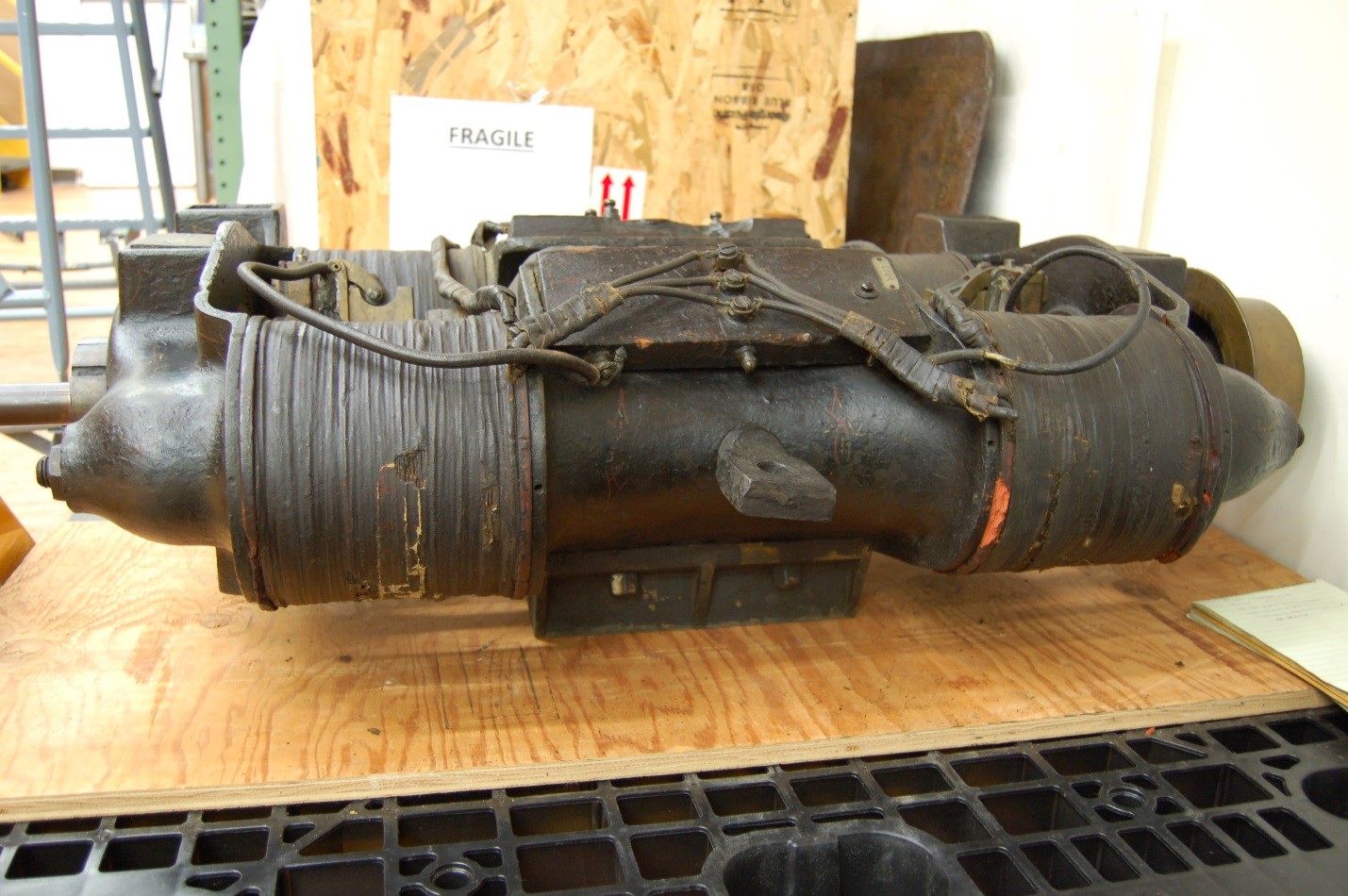 Their ‘tails’ have been rewound and reattached, and the dust and dirt have been removed. The area around the coils has also been cleaned and the wire wrappings have been tidied. The engine overall is nearing completion, but does have some areas that still need cleaning. It’s been great to have it as a project we can come back to for small spurts of time, which is exactly what we were hoping for our extra-large object treatment plan.

Louise Stewart Beck is IMLS Conservator at The Henry Ford.