Celebrating Ninety: Collecting in the 1980s 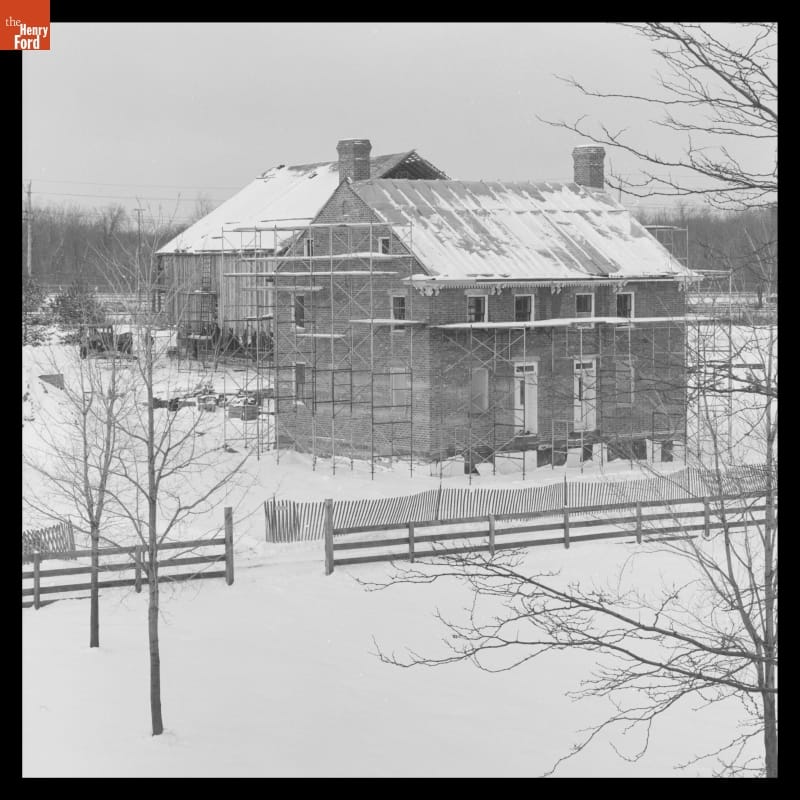 Guided by the 1980s mission-based phrase, “Stories of a Changing America,” Greenfield Village took on new life and Henry Ford Museum exhibits explored new topics. These included the acquisition of the Firestone farmhouse and creation of its living history program (1985), the “Automobile in American Life” exhibit (1987), and the “Made in America” exhibit (1992). During the 1980s and 1990s, museum staff placed new attention on accurate research, creative program planning, and engaging public presentations. 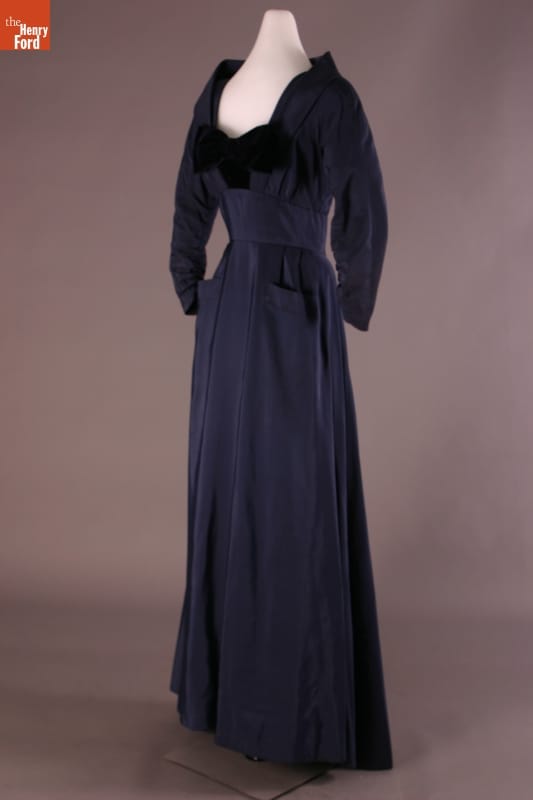 Elizabeth Parke Firestone donated a large segment of her stunning wardrobe in 1989, including custom-made garments created for her by prominent American and European couturiers. Firestone was an early client of French designer Christian Dior, who had just caused a sensation introducing his “New Look” to a post-WWII world, emphasizing slim waists and rounded feminine features. Firestone visited Dior’s Paris salon in 1946 and commissioned this dress, made for her daughter Martha’s wedding to William Clay Ford. - Jeanine Head Miller, Curator of Domestic Life 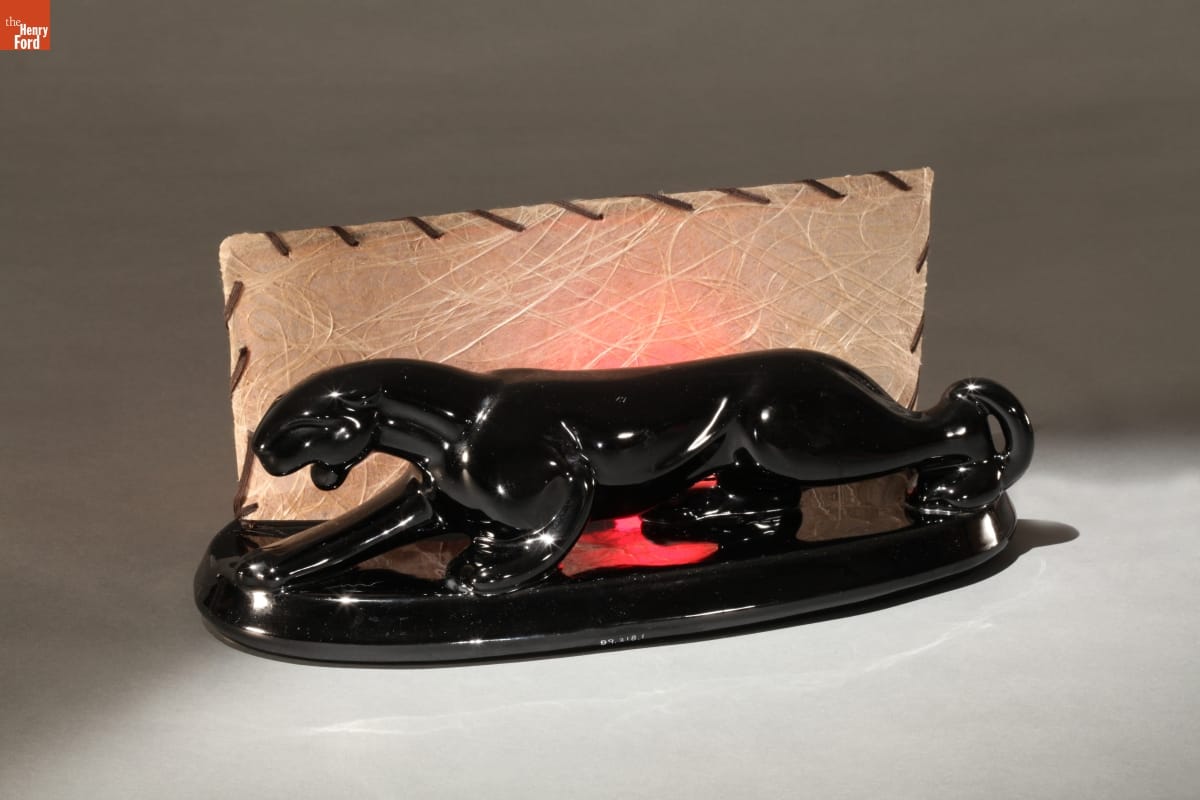 This type of lamp is typically called a "Television Lamp." It was made to sit atop a television console and to provide a low level of illumination, sufficient to keep one's eyes from being "harmed" by watching the small TV screens of that time (1946-1960). This marks a change in collecting as curators sought out objects that provided insight into social history. - Charles Sable, Curator of Decorative Arts 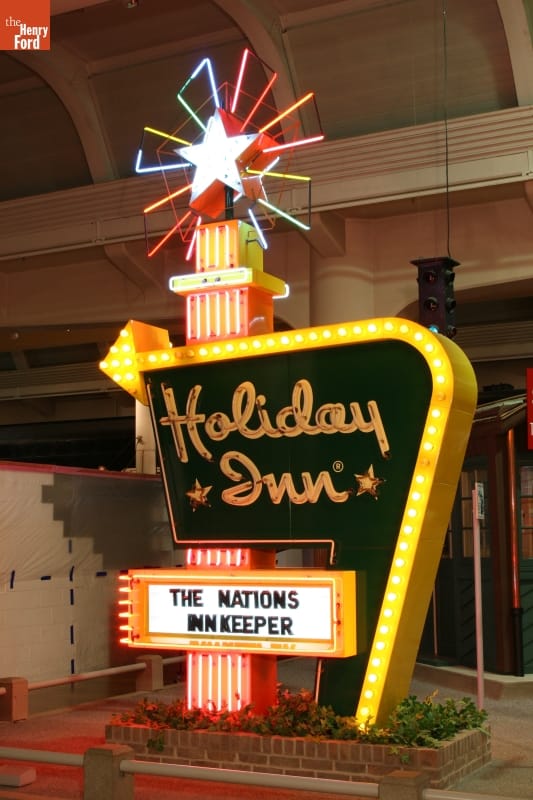 For 50 years Henry Ford Museum of American Innovation generally presented artifacts in a traditional typological format. Tractors, airplanes, furnishings -- you name it -- sat in tidy rows where visitors were left to trace an item's technological evolution. That all began to change in the 1980s as the museum refocused on social history. No exhibit signaled this shift more dramatically than "The Automobile in American Life," opened in 1987. Cars were moved out of their stodgy rows and instead placed alongside contextual items like maps and travel literature, menus from quick-service restaurants, and replicated roadside lodgings. This Holiday Inn "Great Sign" was one of the more visible artifacts acquired for the new show. - Matt Anderson, Curator of Transportation 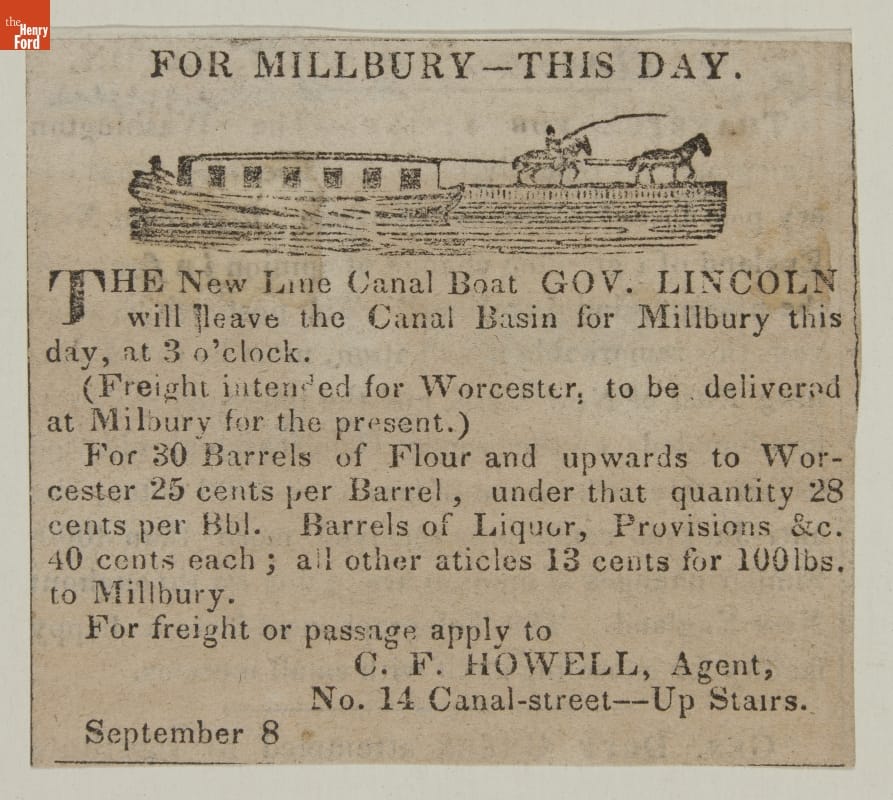 Advertisement from Newspaper, "For Millbury -This Day," 1829"

In 1982, Henry Ford Museum & Greenfield Village purchased the Seymour Dunbar Collection from Chicago's Museum of Science & Industry. The collection consists of over 1,700 prints, drawings, maps, and other items documenting various modes of travel from 1680 to 1910. Dunbar compiled this material while researching his four-volume history of travel in the U.S., which was published in 1915. - Andy Stupperich, Associate Curator, Digital Content 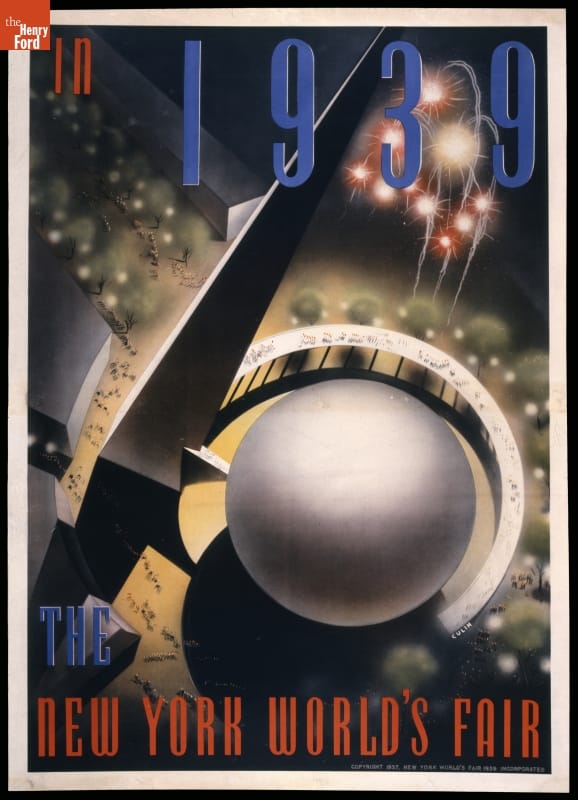 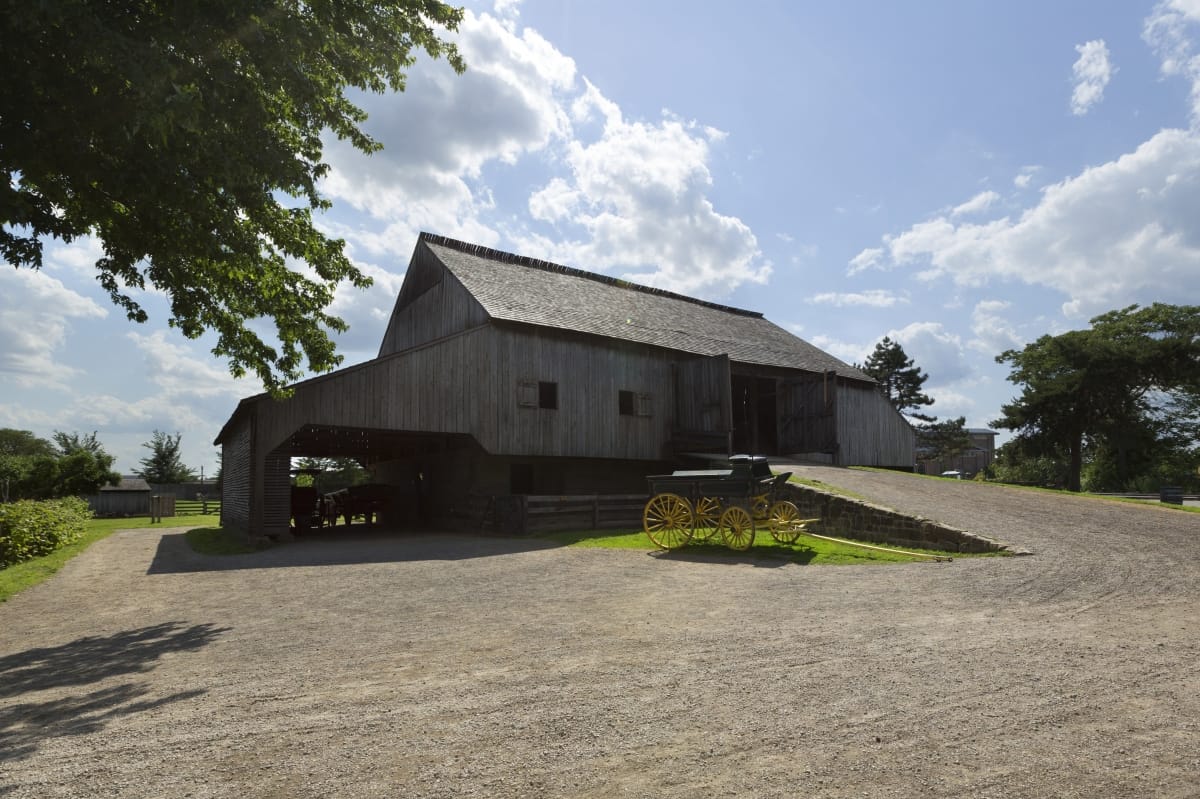 Harold K. Skramstad, Jr., president of The Edison Institute, considered the opening of Firestone Farm a "landmark event." Why? The house, barn, and outbuildings added a living historical farm to Greenfield Village, complete with wrinkly Merino sheep collected to sustain the type and increase interpretive potential. - Debra A. Reid, Curator, Agriculture and the Environment