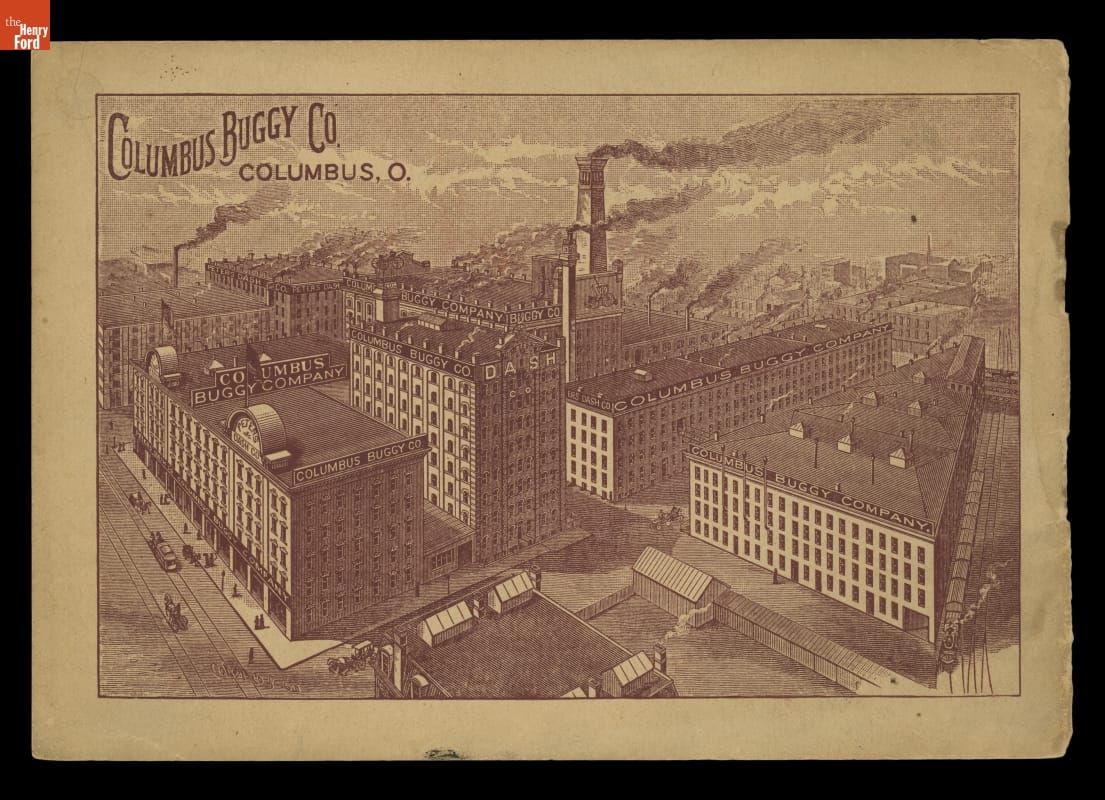 When we hear the name “Firestone,” our thoughts inevitably turn to motor vehicle tires, proving themselves where the rubber meets the road. It’s a bit surprising, then, to learn that members of the Firestone family were building horse-drawn vehicles decades before the first Model T turned a wheel.

Clinton Firestone, in partnership with the brothers George and Oscar Peters, established the Columbus Buggy Company in Columbus, Ohio, in 1875. The firm grew into one of the largest buggy manufacturers in the world. By 1900, it employed more than 1,000 people and operated branch offices throughout the United States.

Clinton Firestone was a first cousin to Benjamin Firestone. Benjamin was a prosperous farmer in Columbiana, Ohio, and the father to future tire magnate Harvey Firestone. (Greenfield Village visitors will recognize the brick farmhouse that Benjamin and Catherine Firestone called home.) After a stint selling patent medicines and flavor extracts, young Harvey went to work at his cousin Clinton’s buggy company in the early 1890s. Harvey Firestone bounced between bookkeeping and sales duties at branch offices in Columbus, Des Moines, and Detroit. He remained with the firm until 1896. Four years later, he established his own business selling rubber buggy tires—the famous Firestone Tire & Rubber. 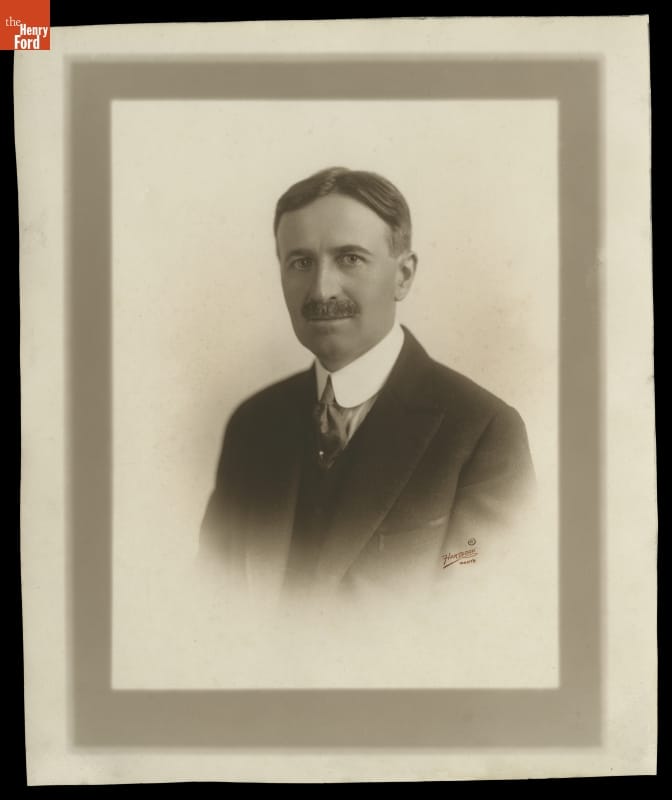 Working in sales, Harvey Firestone was a first-hand witness to one of the problems that led to Columbus Buggy’s demise. While the company offered well-built wagons priced around $100, a growing number of competitors, like Durant-Dort, offered similar-quality wagons for around $35. Some buyers continued to pay the premium for Columbus Buggy’s perceived prestige, but most were content to get a comparable vehicle elsewhere for one-third the price.

There was another problem too: the horseless carriage. Columbus Buggy tackled that challenge by introducing an automobile of its own in 1903. Despite a marvelous slogan—“A vehicle for the masses, not a toy for the classes”—the $750, ten-horsepower high-wheeler auto could not save the firm. Columbus Buggy Company went bankrupt in 1913.

Harvey Firestone, of course, did make a successful transition into the new motorized world. In 1906, Firestone Tire & Rubber secured its first contract to supply Ford Motor Company with automobile tires. That prosperous business relationship grew into a lifelong personal friendship between Harvey Firestone and Henry Ford. 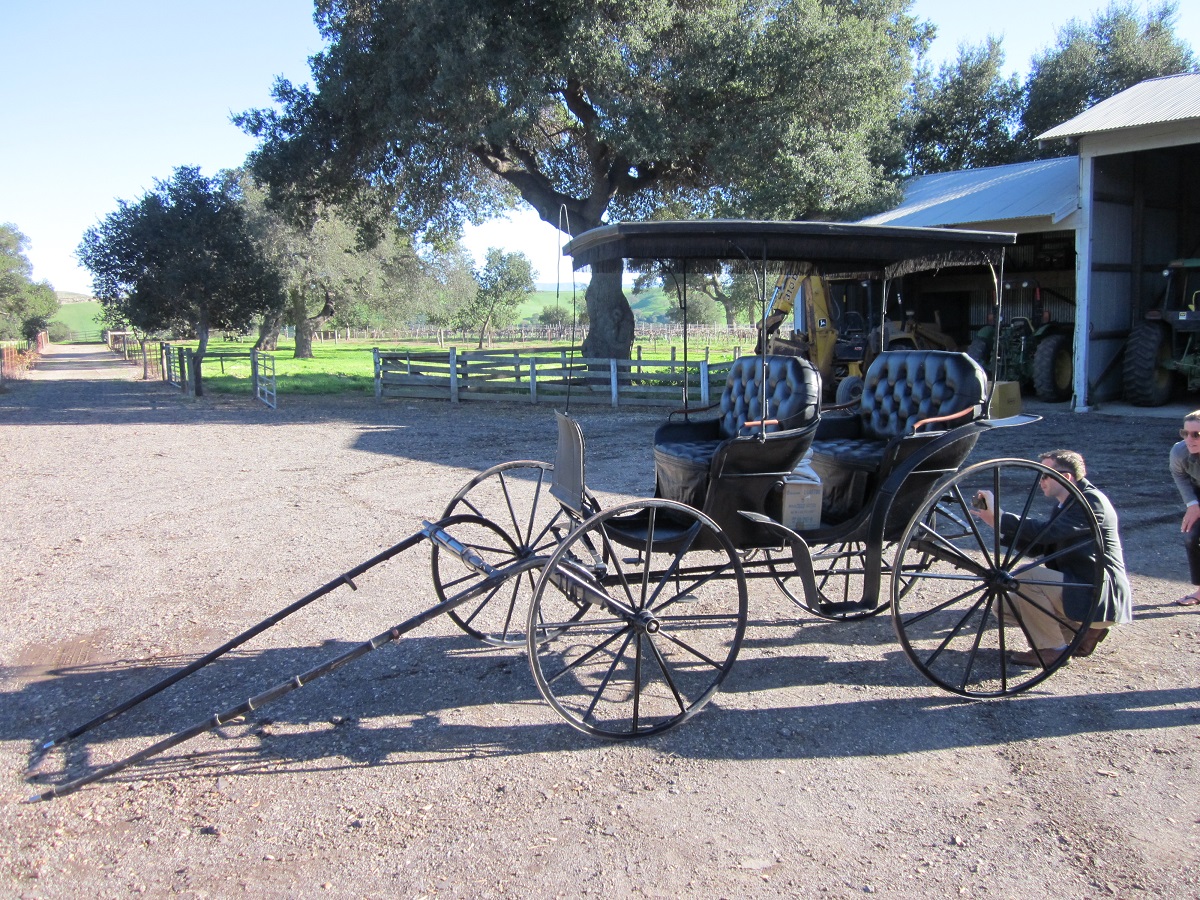 In 2015, The Henry Ford acquired a beautifully-restored Model 300½ four-passenger surrey manufactured by Columbus Buggy. Open-sided surreys were a favorite warm-weather conveyance in the late 19th and early 20th centuries. (Ask anyone who’s seen Oklahoma!) Given the Columbus Buggy Company’s family ties, the surrey was an ideal fit for programming use at Firestone Farm in Greenfield Village. A surrey of this style and quality would have been within the means of an upper middle-class family like the Firestones—the sort of carriage they might have taken to church on Sunday, or to town on social calls.

Automobiles may have put the Columbus Buggy Company out of business, but we’re glad to keep a little part of its legacy rolling along.