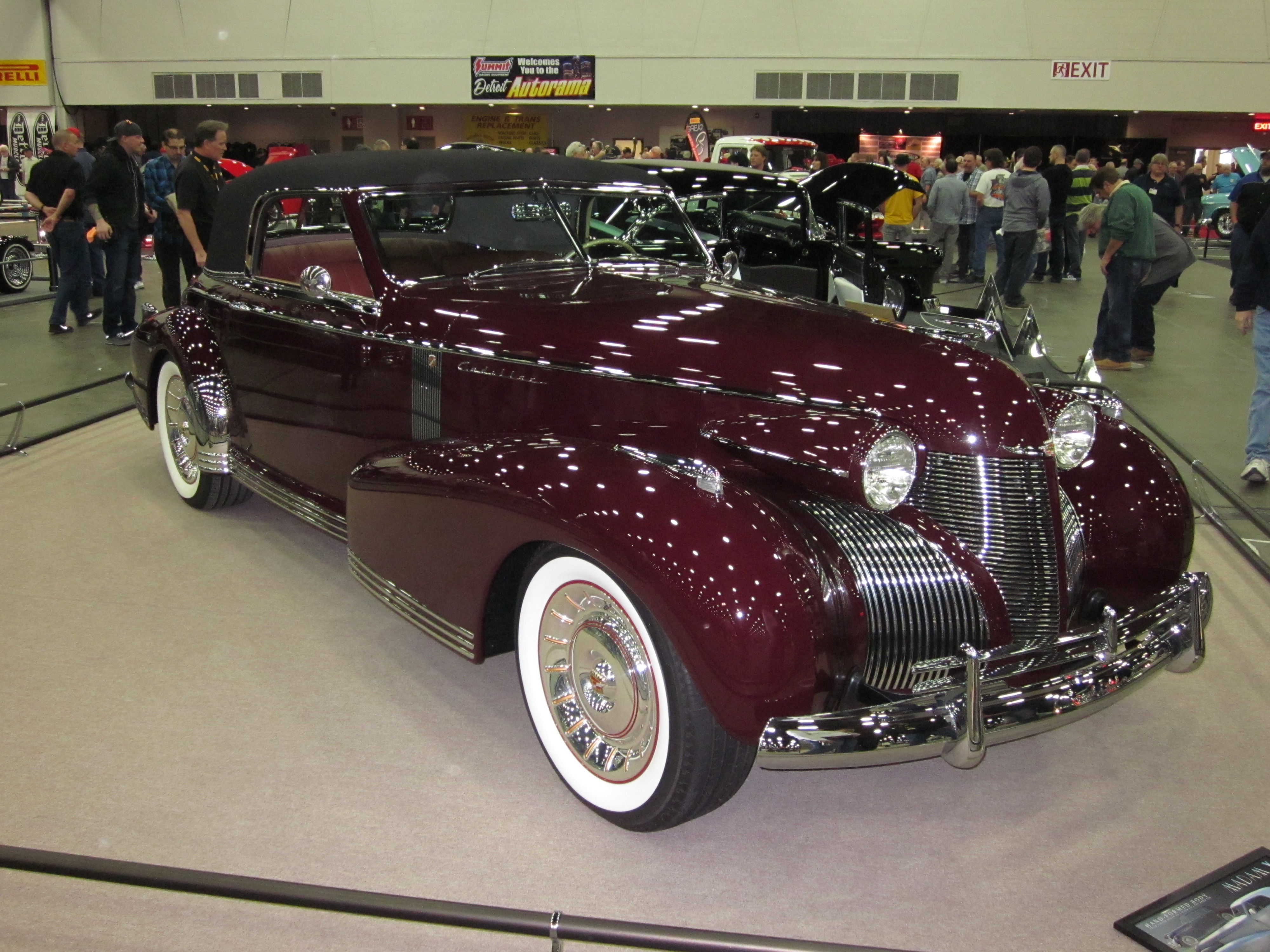 The car show season usually feels far away in late February. (Usually. Maybe not this year, when Detroit temperatures have already approached 70 degrees.) But the weekend of February 24-26 brought us a tease of the top-down, volume-up cruising weather to come. More than 800 cars filled Cobo Center for the 65th annual Detroit Autorama, among the most important shows in the hot rod and custom car hobby. 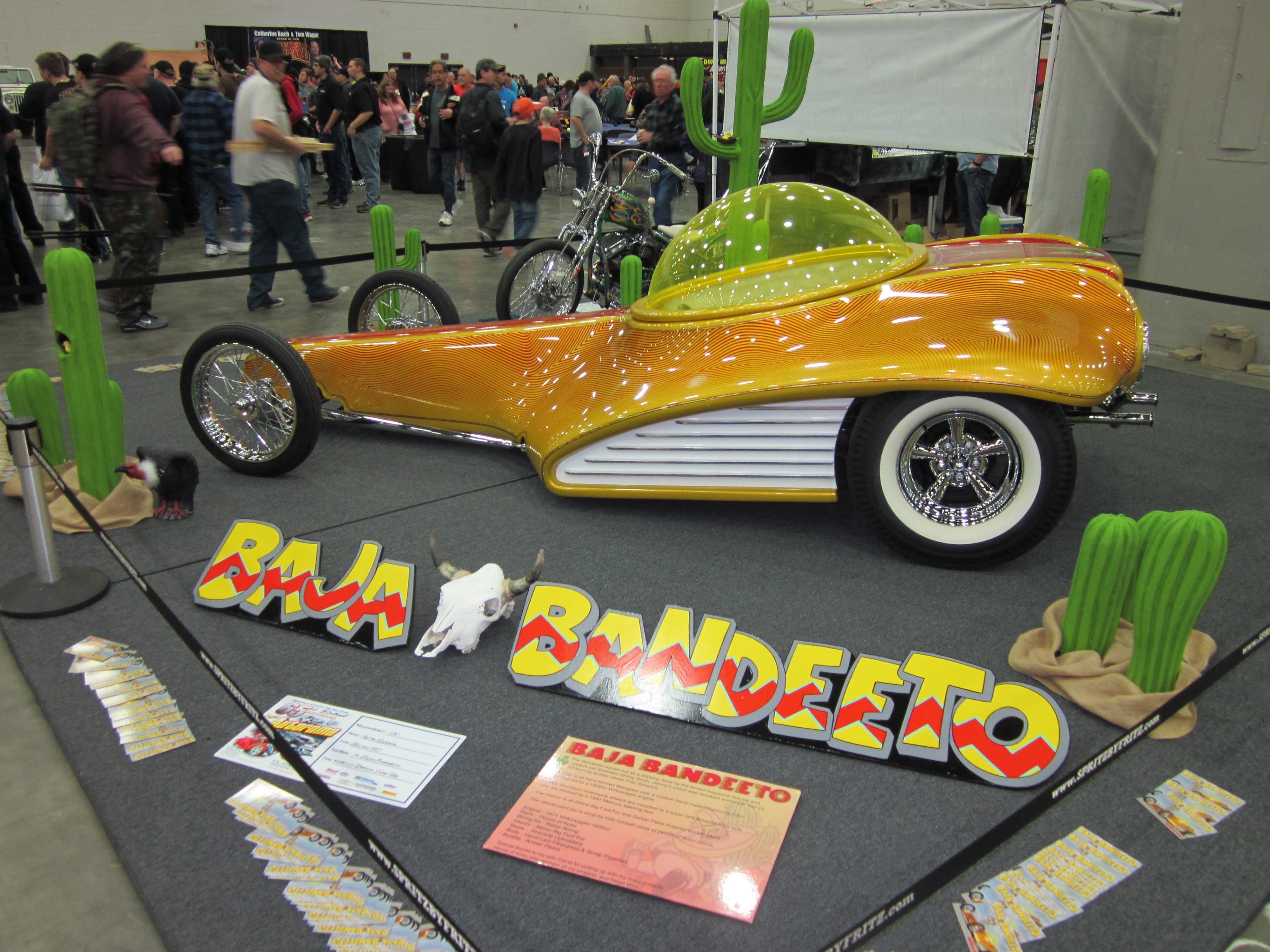 The VW Beetle-based “Baja Bandeeto,” showing that presentation is everything.

Naturally, Autorama doesn’t simply open the doors to kick off the event. No, it starts with something special. This year launched with a nod to The Dukes of Hazzard, the downhome television series that undoubtedly influenced every Autorama participant born between 1970 and 1980. The Northeast Ohio Dukes stunt show team patched together a derelict Dodge Charger, gave it the necessary orange paint, and jumped it 134 feet over Atwater Street, just outside Cobo Center. The flight was fantastic, but the landing… well, that Charger needs more care than Cooter Davenport can give it if it’s ever going to fly again. 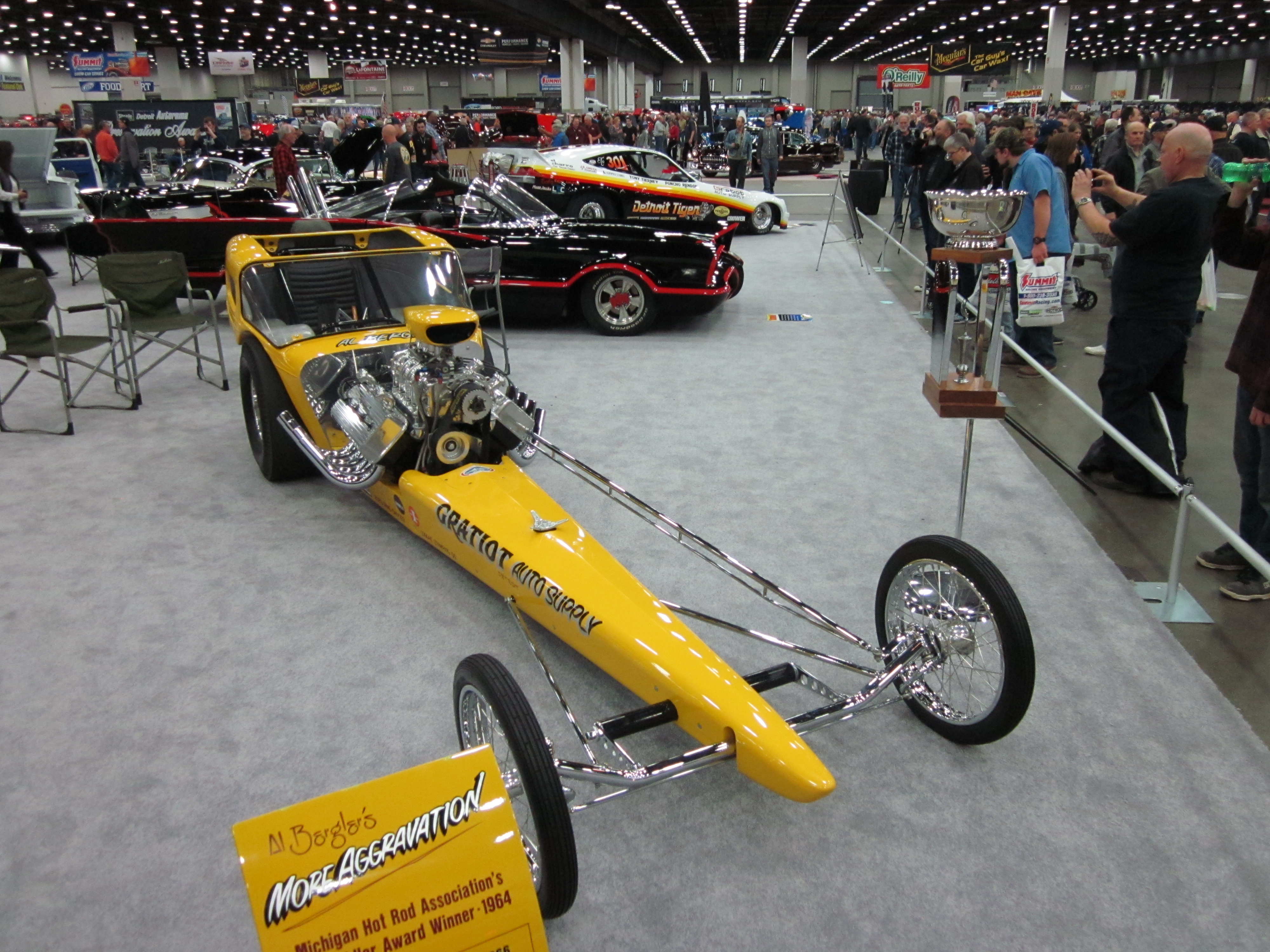 “More Aggravation,” recipient of the very first Ridler Award in 1964.

Autorama’s top prize is the revered Ridler Award, named for early show promoter Don Ridler. Qualifying cars cannot have been shown publically prior to Autorama. Judges announce their “Great 8” – the eight finalists – at the Ridler’s Ball on Friday night. For the rest of the weekend, anticipation builds until the winner is revealed at the end of Sunday’s awards ceremony. The winning owner earns a small piece of immortality, with her or his name forever engraved on the trophy and added to the Winner Archive, and a not-so-small chunk of change in the form of $10,000. This year’s Ridler Award went to “Renaissance Roadster,” a scratch-built 1933 Ford powered by a GM big-block 427 crate engine. 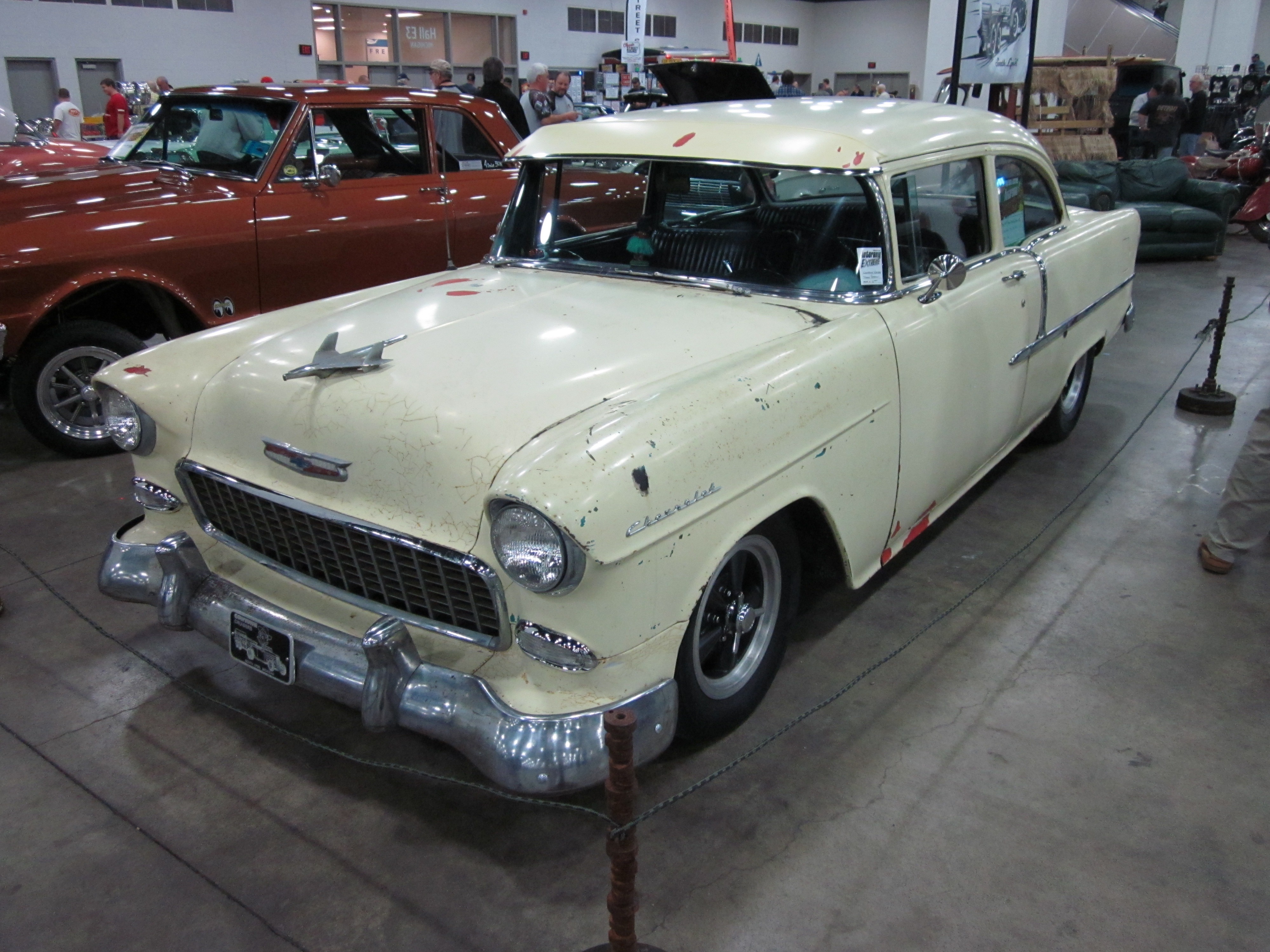 One of the Rat Rods – the deliberately under-restored cars – that populated Autorama Extreme on Cobo Center’s lower level. Even in this condition the ’55 Chevy’s inherent beauty shines through.

For the fourth year, The Henry Ford presented its Past Forward award. With the prize, we look to honor a car that 1.) Combines traditional inspirations with modern innovations, 2.) Exhibits a high level of skill in its construction, 3.) Captures the “anything goes” attitude of the hot rod and custom car hobbies, and 4.) Is just plain fun. 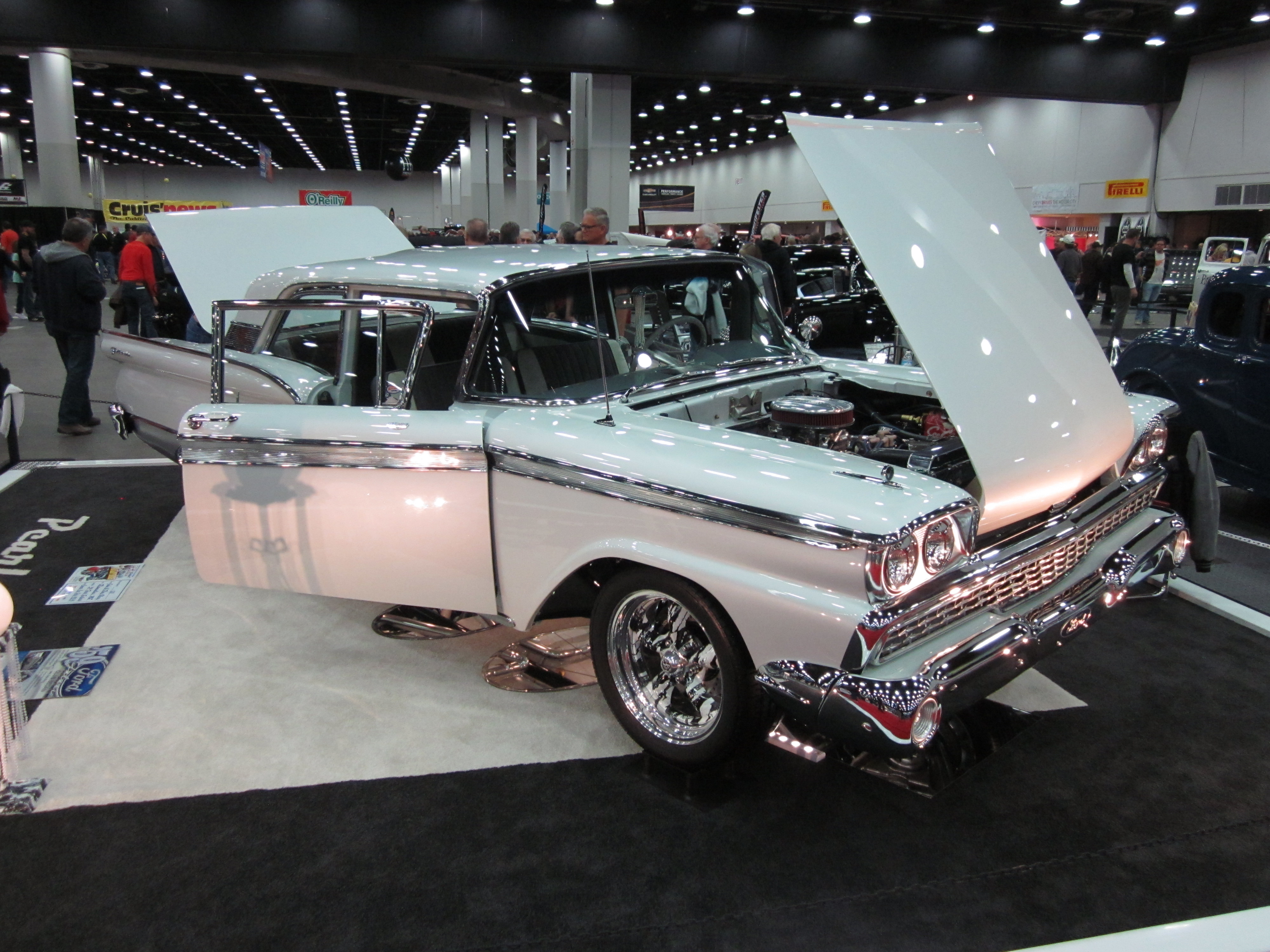 “Pearl Necklace,” winner of The Henry Ford’s Past Forward award for 2017.

For 2017, we found all of those qualities in “Pearl Necklace,” a 1959 Ford Galaxie 500 built and owned by John Oberg and Roy Oberg. Apart from the pearlescent paint that inspired its name, and the beautiful marbled wheels (with retro Ford Motor Company logos on the hubs), “Pearl Necklace” could almost pass for stock. But this Galaxie’s a sleeper. The 352 V-8 was bored out by .020 inches, the stock differential was replaced with a 3.73 gearset for faster launches, and the transmission was replaced with Ford’s rugged C6 automatic to handle extra torque. Not that the car was too shabby even when originally built. Plaques on the door proudly boast that it’s “Air Conditioned by Ford Select Aire,” a ritzy option that accounted for almost 20 percent of the original $2,500 sticker price! 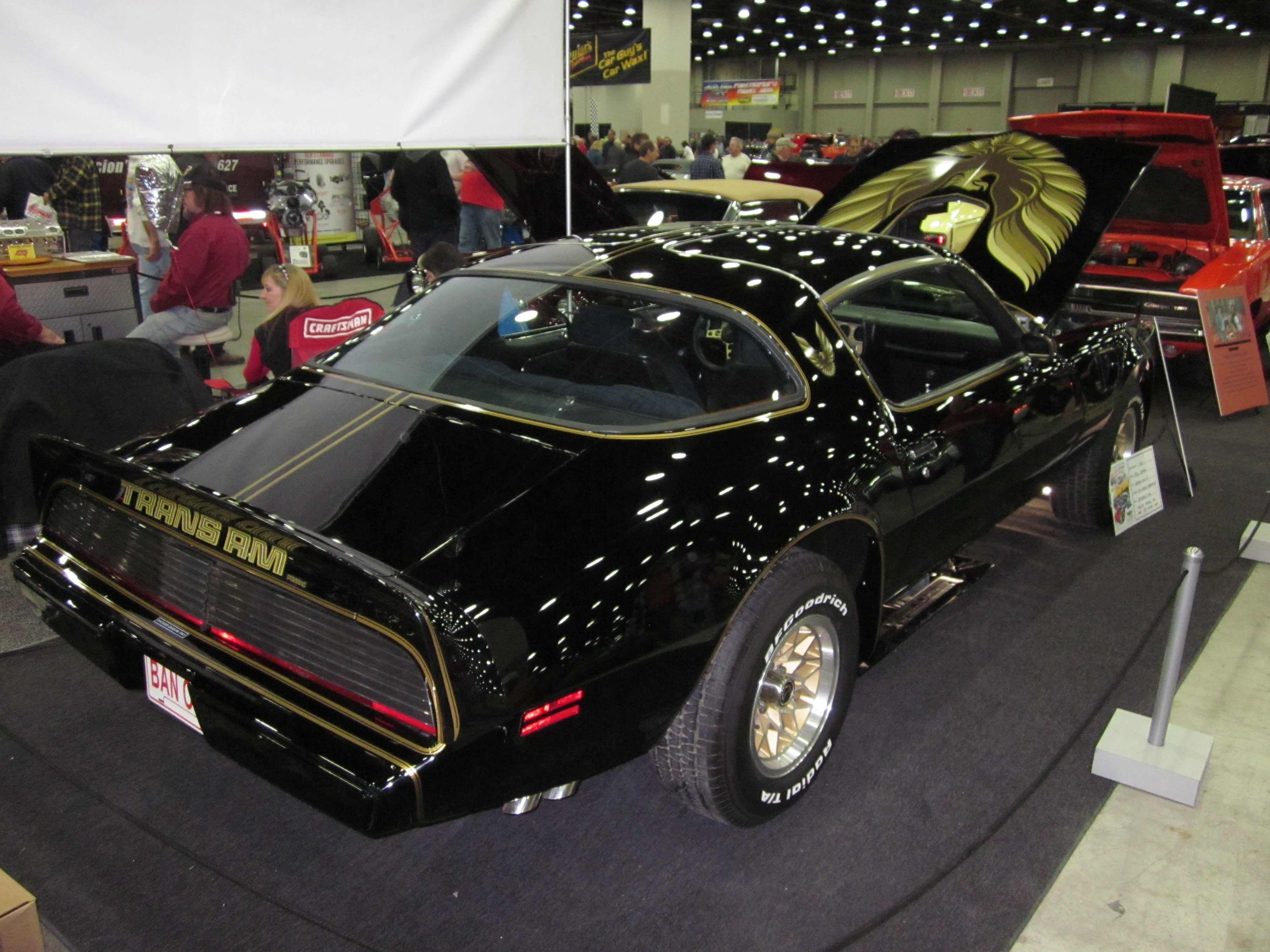 This 1979 Pontiac Firebird Trans Am was pointed west in Cobo Center, but it was eastbound in spirit.

But the best thing about “Pearl Necklace” was simply this: The car was a labor of love, built by John and Roy (with help from one or two friends) in a two-car garage over the course of 26 years. It’s that kind of dedication that makes a custom car special – and makes the Detroit Autorama a car show like no other.