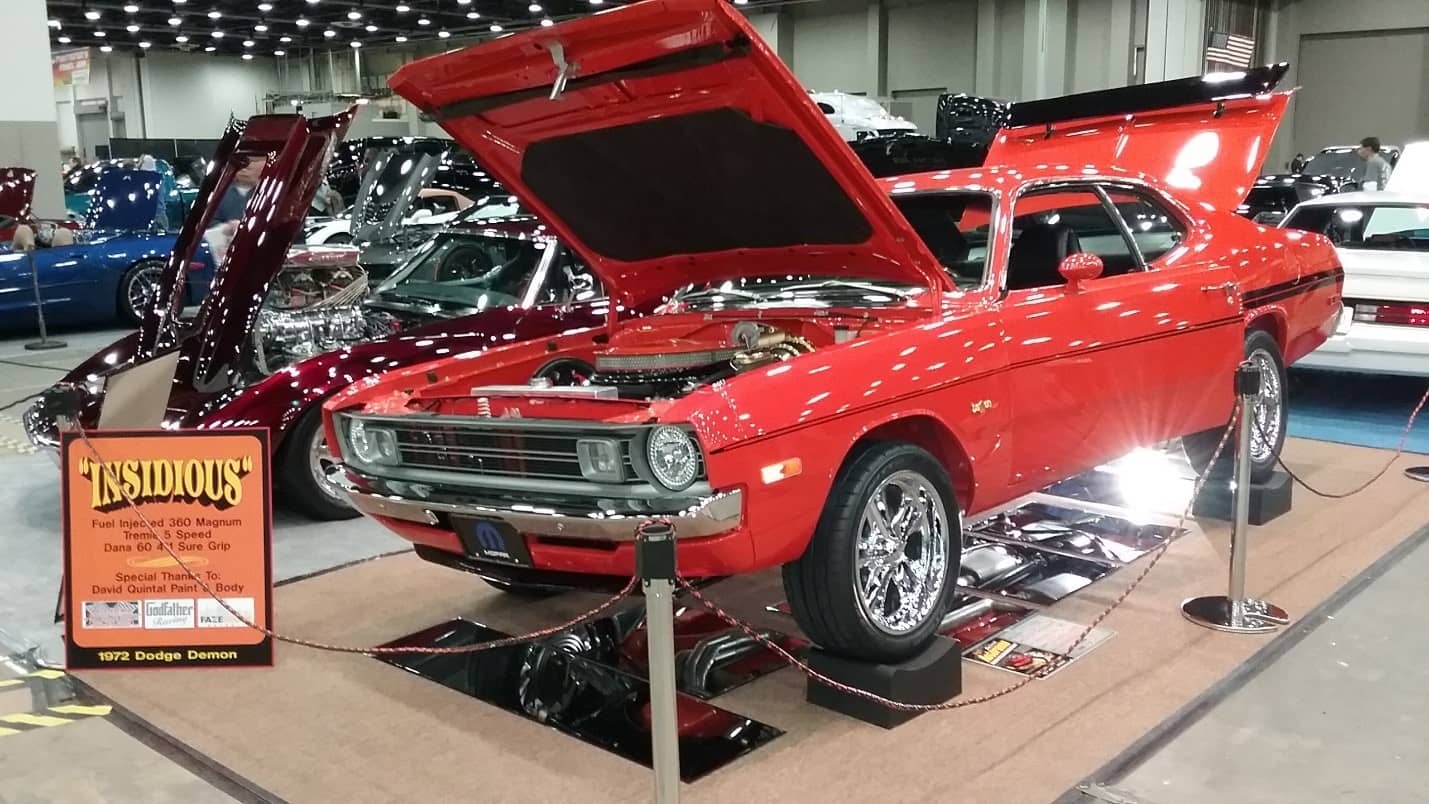 There’s still snow on the ground in the Motor City, but car show season is officially underway after the 66th annual Detroit Autorama, held March 2-4. Some of the wildest, weirdest and/or most beautiful customs and hot rods filled Cobo Center in a celebration of chrome and creativity. For those who’ve never been, Autorama is a feast for the eyes (and, at closing time when many of the entrants drive off under their own power, the ears). Some 800 cars, built by the most talented rodders and customizers in the country, are brought together under a single roof to be admired, coveted and judged. 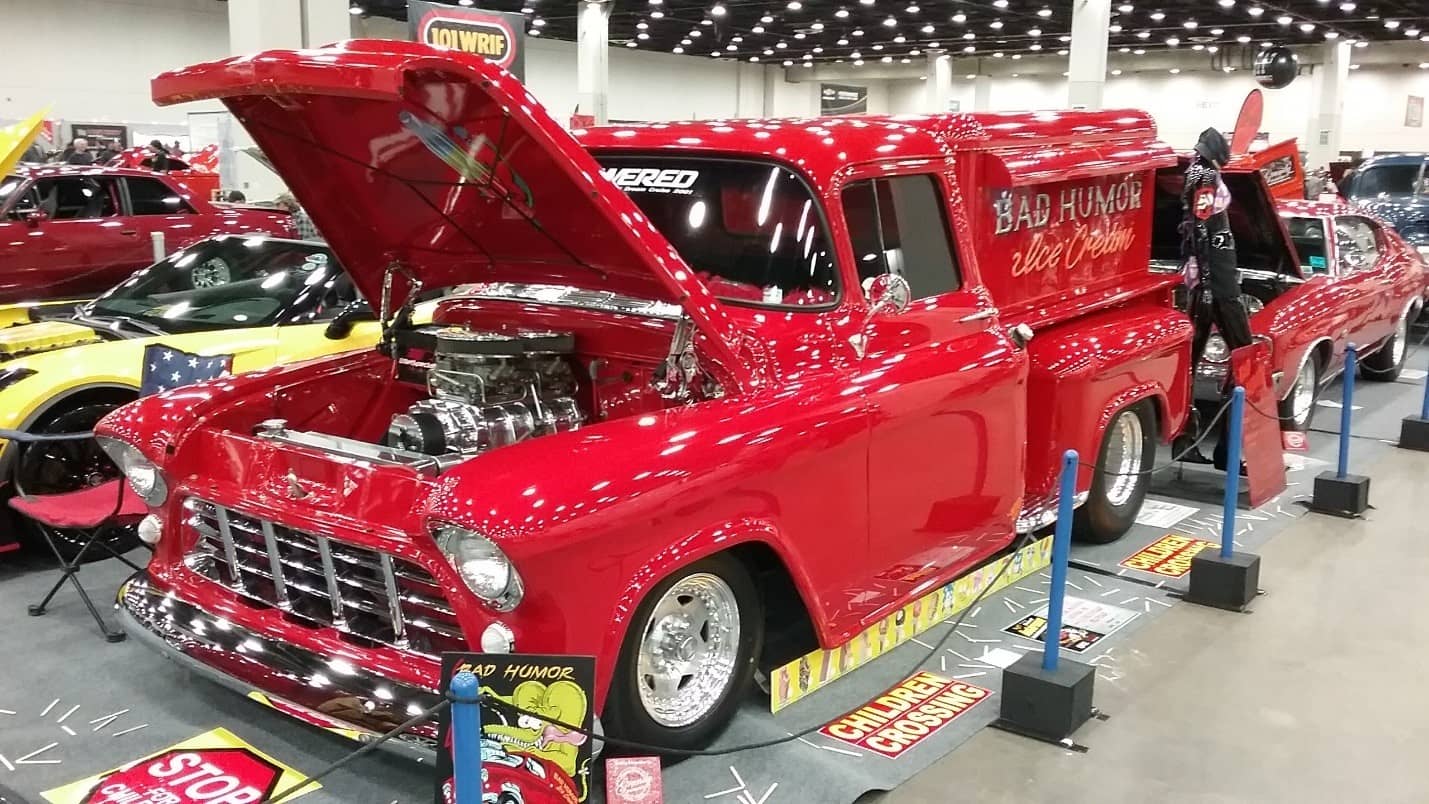 Wit is as much a part of the customizer’s toolbox as wrenches and rachets. Check out this 1955 Chevy “Bad Humor” ice cream truck, surrounded by used popsicle sticks.

The most prestigious prize at Autorama is the Ridler Award, named in honor of show promoter Don Ridler. Only cars that have never been shown before are eligible. On Autorama’s opening day, the judges select their “Great 8” – the finalists for the Ridler. Anticipation builds throughout the weekend until the winner is announced at the end of the Sunday afternoon awards presentation. In addition to considerable bragging rights, the Ridler Award winner receives $10,000 and enshrinement in the online Winner Archive. This year’s Ridler went to “Imagine,” a silver 1957 Chevrolet 150 owned by Greg and Judy Hrehovcsik and Johnny Martin of Alamosa, Colorado. 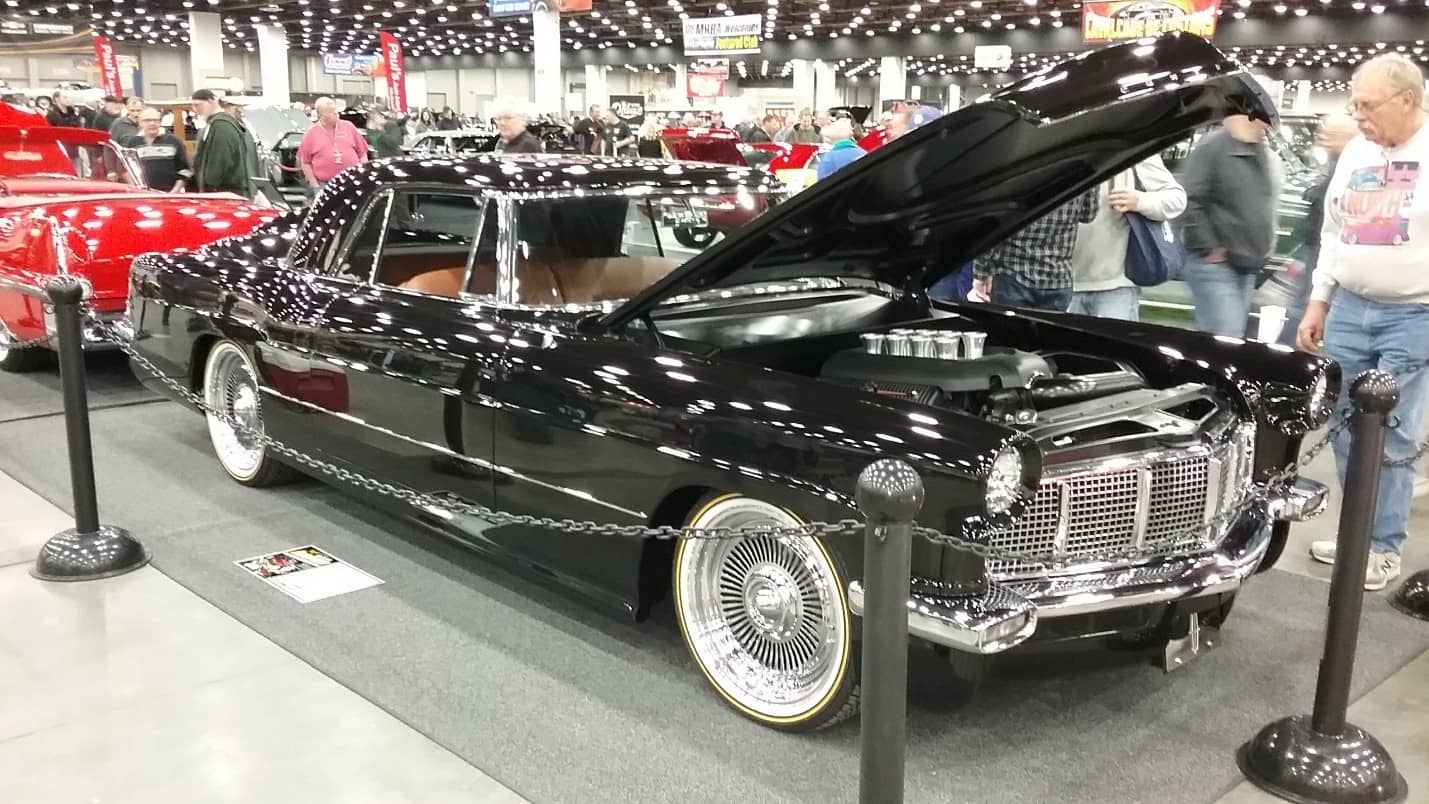 Our 2018 Past Forward winner, a 1956 Continental Mark II with a fifth-generation Chevy Camaro powertrain under the body.

Each year The Henry Ford gives out its own prize to a deserving Autorama participant. Our Past Forward award recognizes a car that 1.) Blends custom and hot rod traditions with modern innovation, 2.) Exhibits a high level of craftsmanship, 3.) Captures the “anything goes” spirit of the hobby, and 4.) Is just plain fun. Our 2018 winner, a 1956 Continental Mark II owned by Doug Knorr of Traverse City, Michigan, and built by Classic Car Garage of Greenville, Michigan, had all these qualities in the right combination. Everything about the car said “Continental,” only more so – from the oversized turbine wheels to the elegant Continental star on the valve covers. And if the 400-horsepower LS3 Camaro V-8 under the hood doesn’t say “anything goes,” then I don’t know what does. 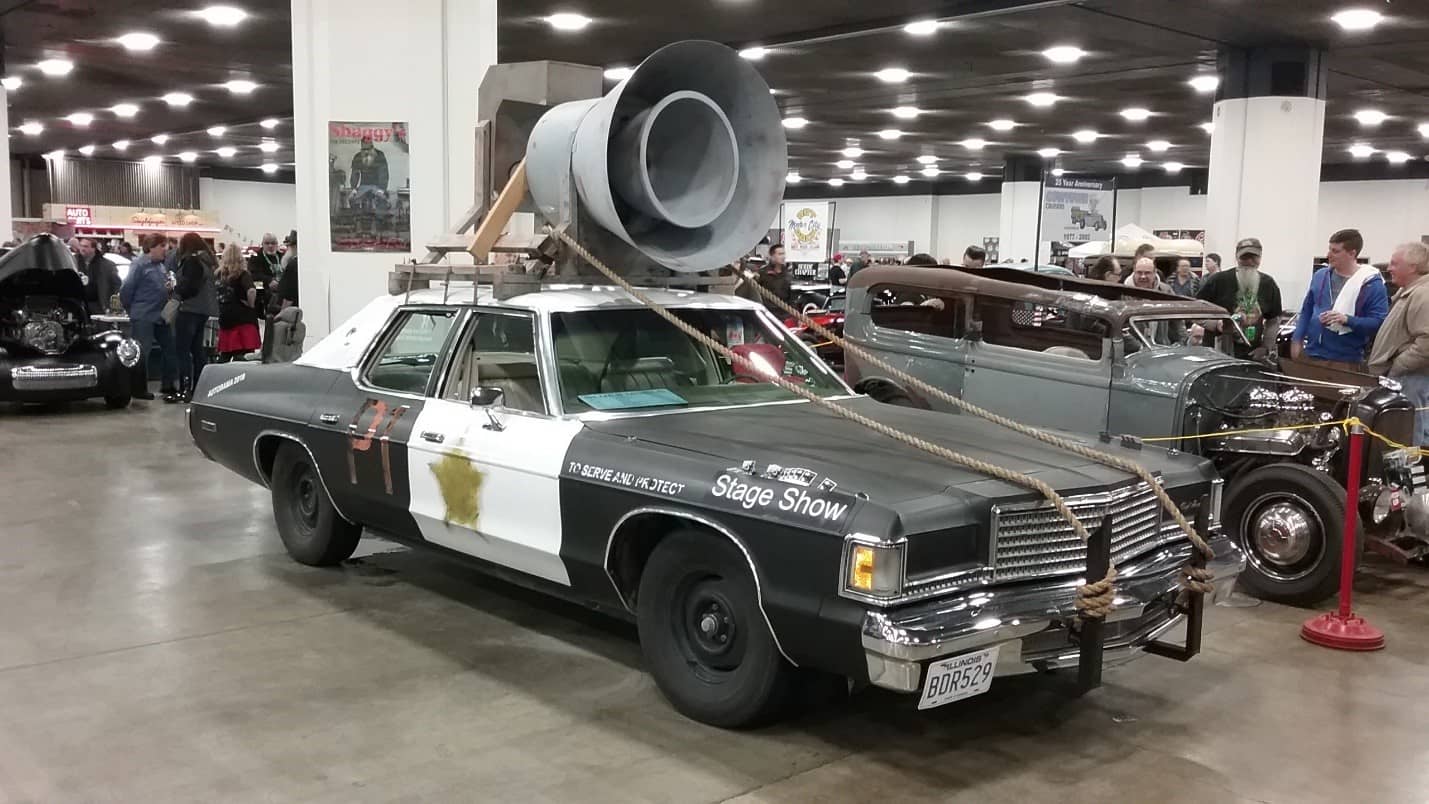 The 1976 Dodge Monaco – notably a model made after catalytic converters, so it won’t run good on regular gas.

If chrome-plated undercarriages aren’t your thing, then Autorama Extreme was there for you again this year on Cobo’s lower level. Shammy cloths and car polish are decidedly out of place among the Rat Rods down below. In addition to show cars, vendors and the ever-popular Gene Winfield pop-up chop shop, Autorama Extreme features a concert stage with ongoing musical entertainment. There’s always a healthy dose of 1950s rockabilly on the schedule, but this year’s lineup also included a Blues Brothers tribute act – complete with a 1976 Dodge Monaco gussied up (or down, I suppose) into a fairly convincing copy of the Bluesmobile. 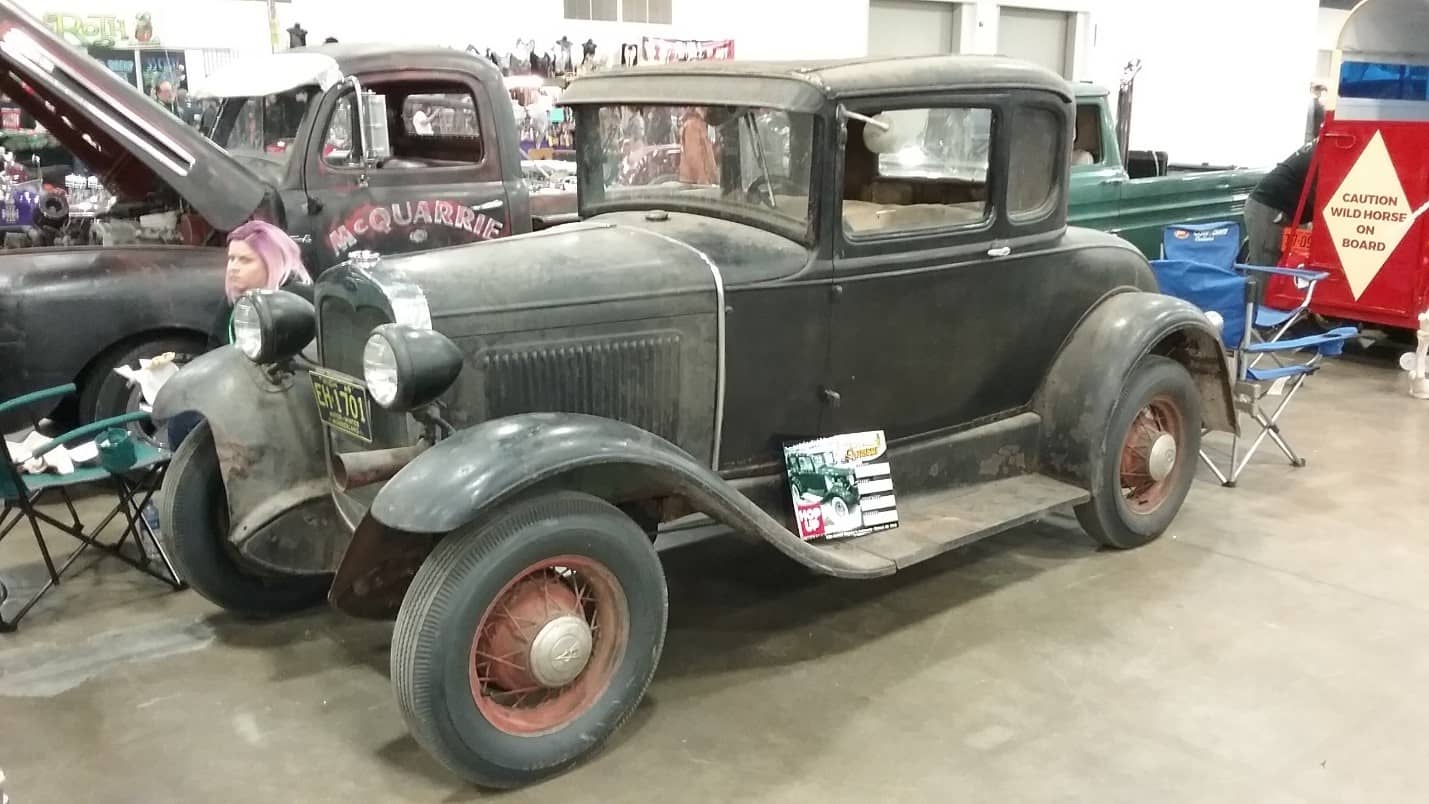 Unpolished and proud of it. A 1930 Ford Model A with the Rat Rods in Autorama Extreme. 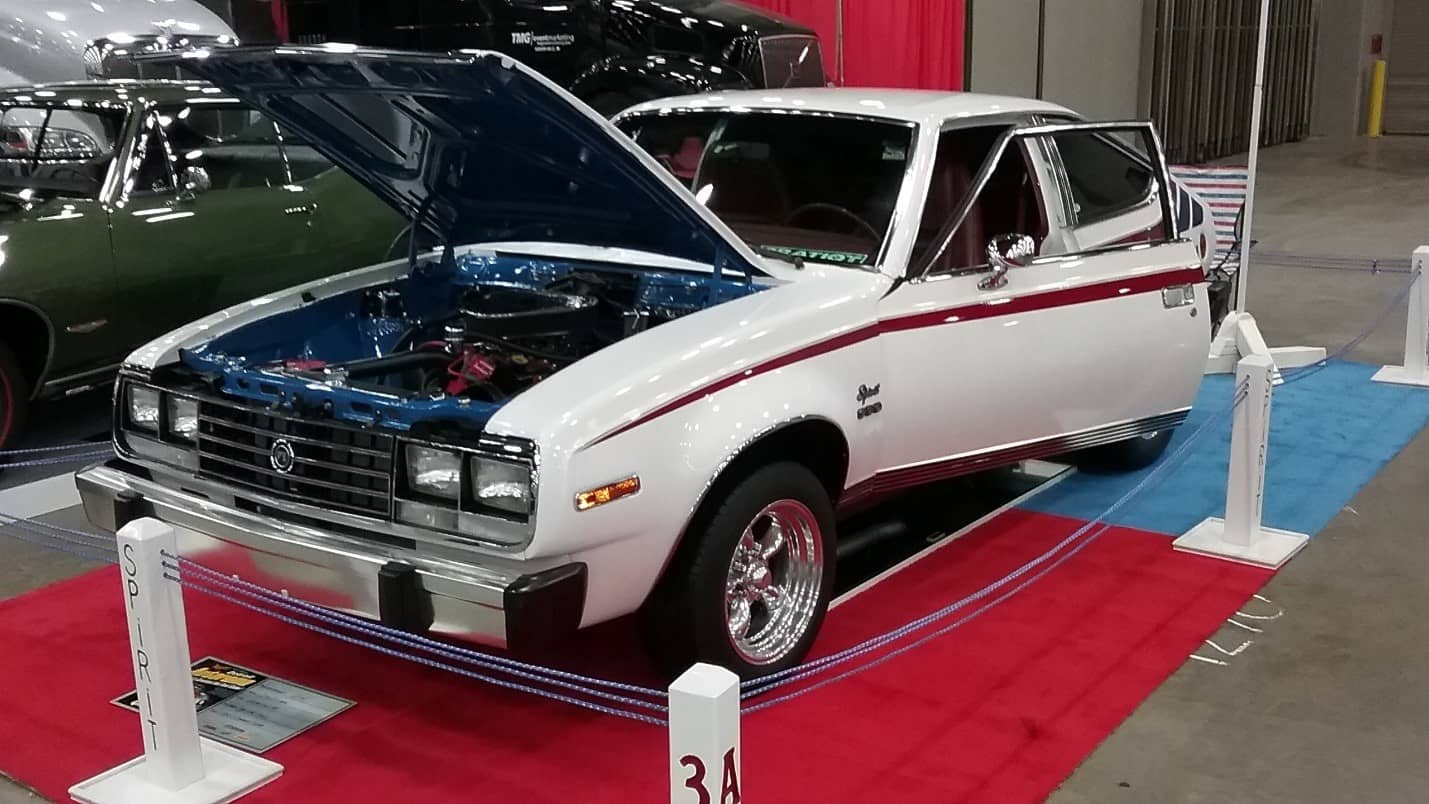 Not everything at Autorama is textbook classic. Here’s a 1980 AMC Spirit patriotically living up to its name with lots of red, white and blue. 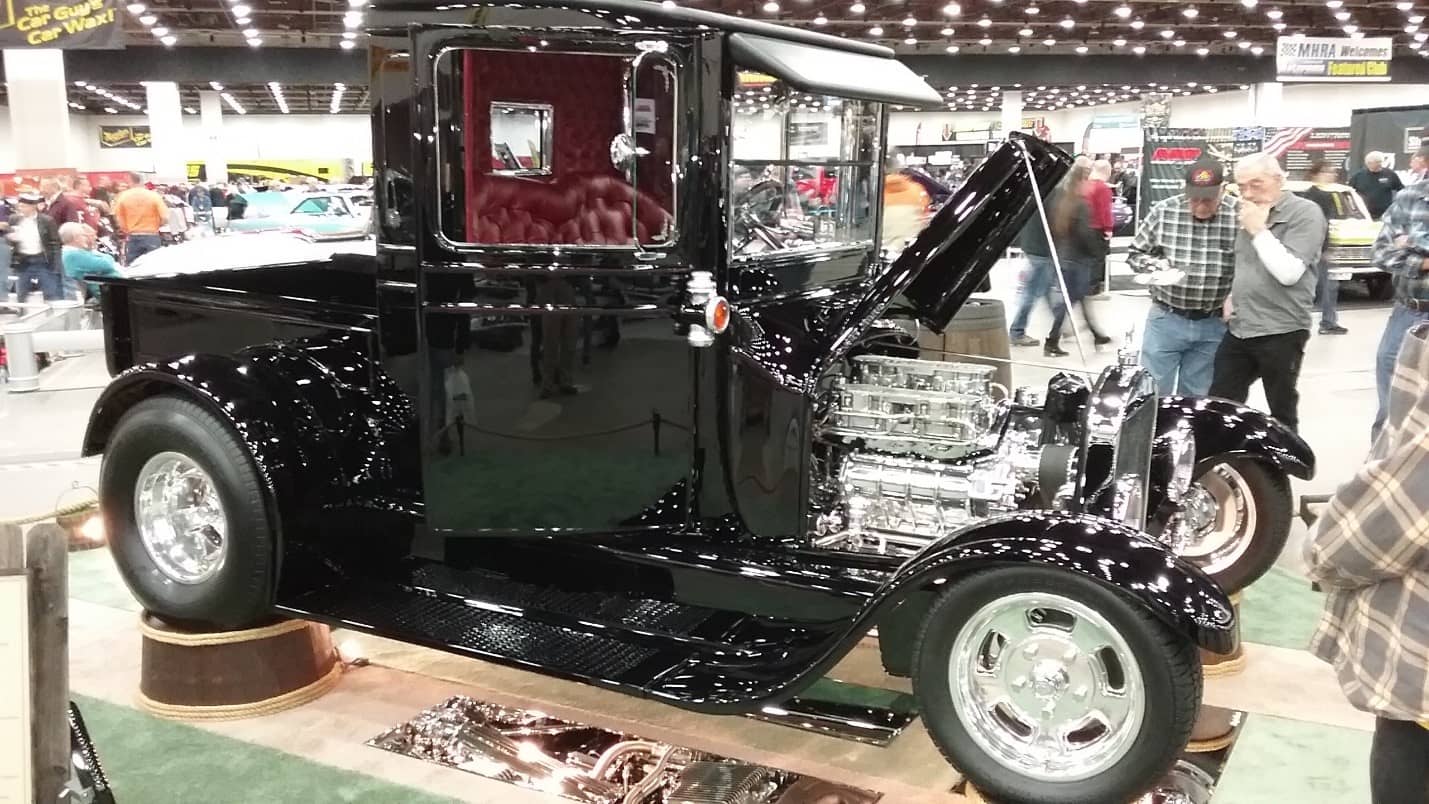 “Lethal T,” for those who’ve always dreamed of putting a 427 Cammer in a Model T.

If you haven’t been to Detroit Autorama, then make a point of being there in 2019. You won’t find anything quite like it anywhere else in the world.