This blog post is part of an ongoing series about storage relocation and improvements that we are able to undertake thanks to a grant from the Institute of Museum and Library Services (IMLS).

A typical aisle in the Collections Storage Building before object removal.

Autumn of this year marks the end of a three-year IMLS-funded grant project to conserve, house, relocate and create a fully digital catalogue record for over 2,500 objects from The Henry Ford’s industrial collections storage building. This is the third grant THF has received from IMLS to work on this project. As part of this IMLS blog series, we have shown some of the treatments, digitization processes and discoveries of interest over the course of the project. Now, we’d like to showcase the transformation happening in the Collections Storage Building (CSB). 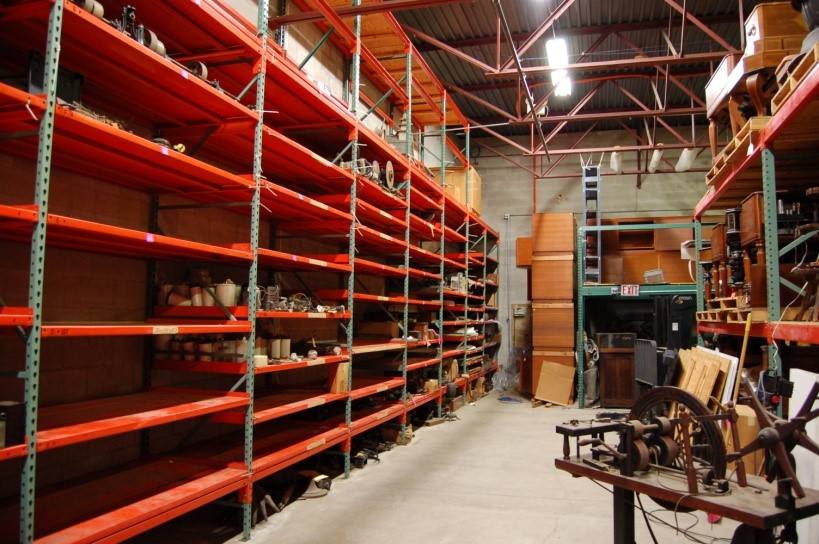 A view of the aisle and southwest wall before dismantling to create a Clean Room.

Objects were removed from shelves allowing an area in the storage building to be used as a clean space for vacuuming and quickly assessing the condition of these objects before heading to the conservation lab. Since the start of the grant in October 2017, 3,604 objects have been pulled from CSB shelves along with approximately 1,000 electrical artifacts and 1,100 communications objects from the previous two grants. As of mid-March 2020, 3,491 of those objects came from one aisle of the building. As a result, we were finally at a point of taking down the pallet racking in this area. 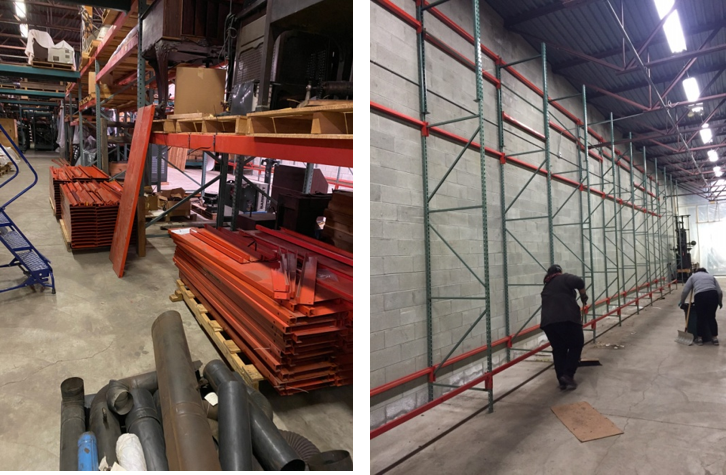 Pallets of dismantled decking and beams. A bit of cleaning before racking removal.

While it has taken multiple years to move these objects from the shelves, it took only three days to disassemble the racking! Members of the IMLS team first removed the remaining orange decking. On average, there were four levels of decking, separated in three sections per level. Next, we unhinged the short steel beams that attach the decking to the racking. Then was the difficult part of Tetris-style detachment of the long steel beams directly by the wall from the end section of height-extended, green pallet racking. As you can see this pallet racking almost touches the ceiling! After that, the long beams could be completely removed before taking down the next bay. Nine bays were disassembled this time to reveal the concrete wall and ample floor space. Just as the objects needed cleaning to remove years of dust and dirt, so did the floor! 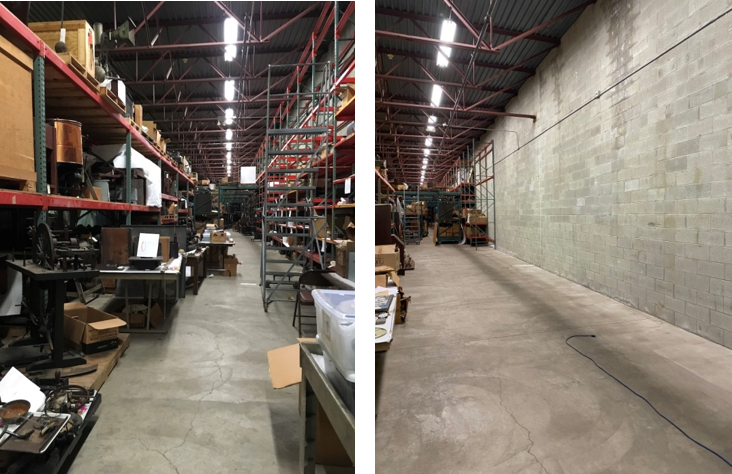 What’s next? We will methodically continue pulling objects and taking down racking until no shelf is left behind! We are grateful to the IMLS for their continued support of this project and will be back for future updates.