While the concept of the e-bike has been around since the 1890s, it was not until the 1990s that battery, motor, and materials technology had advanced to the point where motorized bicycles became practical. While fully motor-driven units do exist, most e-bikes are of the “assist” variety. The rechargeable battery-powered motors on these bikes aren’t intended to replace muscle. Rather, they deliver a boost on steep hills or provide a few moments’ rest for a fatigued pedaler. The motors supplement rather than supplant human effort.

The Henry Ford acquired its first examples of electric-assist bicycle technology in 2017, with two prototype bicycles from Ford Motor Company’s Mode:Flex project. This 2015 initiative came out of the company’s efforts to position itself as a “mobility provider” for a post-car future. With the millennial generation returning to cities and, to some extent, turning away from automobiles in favor of public transit and other alternative forms of transportation, Ford charged teams of designers and engineers to create prototype bicycles specifically tailored for its automobile customers. 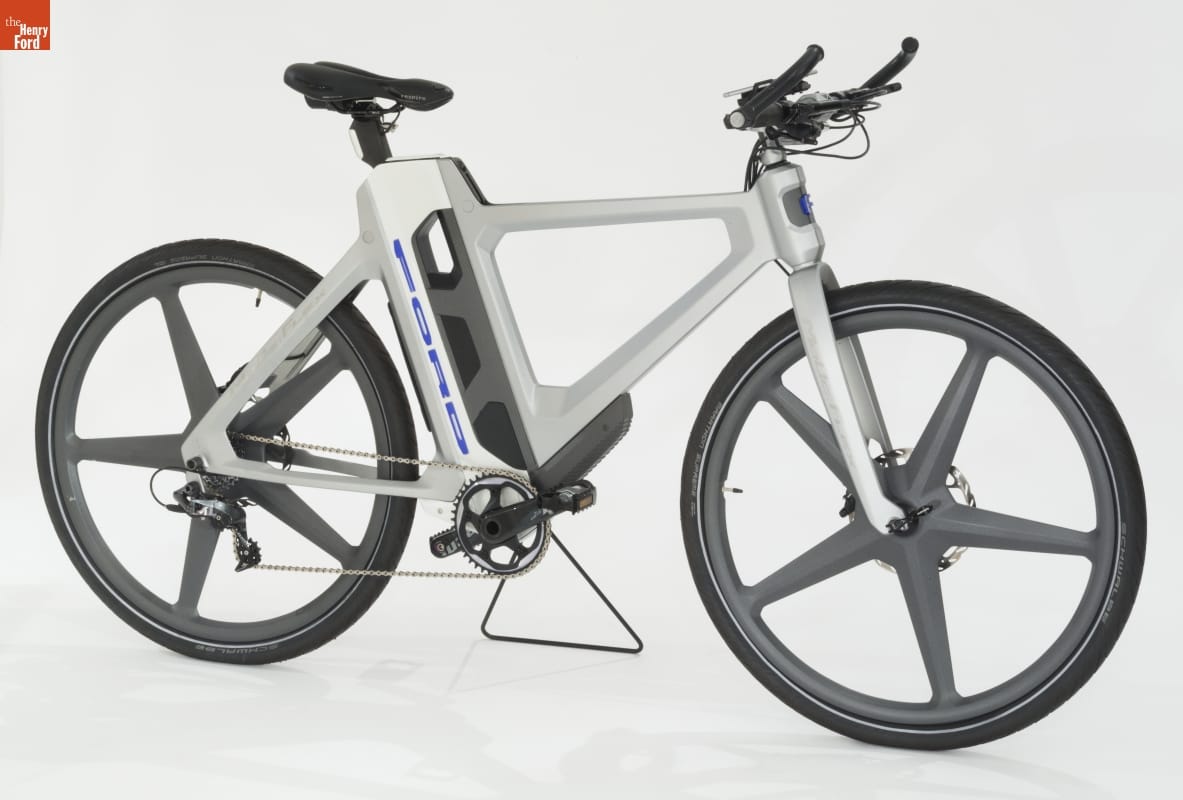 One of two Mode:Flex units acquired by The Henry Ford in 2017, this prototype bicycle is fully functional and capable of carrying a rider. Made of mostly steel, it weighs around 80 pounds – considerably heavier than a typical road bike’s 20-30 pounds. Bruce Williams, who led the Mode:Flex project, contended that the weight could be halved by using different materials if the bicycle ever went into production. THF172635

The Mode:Flex team – led by Bruce Williams, a Senior Creative Designer who had previously worked on the redesign of Ford’s F-150 pickup – developed a concept for a jack-of-all-trades bicycle that is easily disassembled for compact storage in any Ford vehicle. The front and rear ends are interchangeable between city, road and mountain bike configurations. (The bike’s seat post, which houses its 200-watt electric motor and rechargeable battery, remains the same in any configuration.)

The Mode:Flex connects to an app that controls the electric-assist motor; operates the LED headlight, taillight and turn signal (inspired directly by the units on the Ford F-150); and provides speedometer and trip odometer functions, navigation assistance, and real-time traffic updates. Running in “No Sweat” mode, the app monitors a user’s heart rate. When the heart rate climbs, the bicycle’s electric motor kicks in with a corresponding level of assistance, allowing novice bikers to ride to work in standard office attire (rather than Lycra or Spandex). 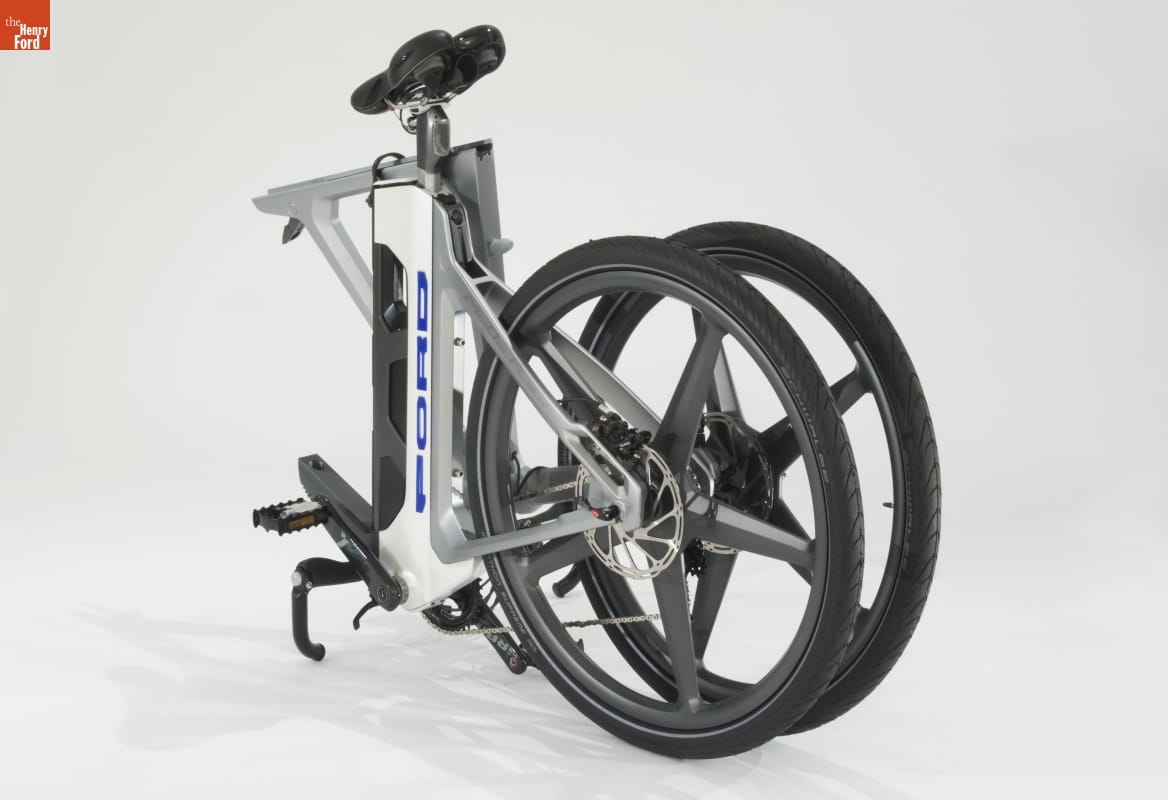 This non-functional mock-up of the Mode:Flex bicycle was largely created from thermoplastic materials rendered on a 3D printer. Built for promotional display purposes only, it lacks a working motor and is unable to support the weight of a rider, but it clearly illustrates the Mode:Flex bike’s foldability. THF172637

While the Mode:Flex could be used as a commuter’s sole mode of transportation, it is particularly geared toward those making multi-modal commutes. Someone might drive in from a distant suburb, park in a satellite lot outside the urban core, and then bike the “last mile” to work, shopping or entertainment. The bicycle’s app is designed to work seamlessly with an owner’s car as well. It can lock and unlock doors, monitor gas mileage or electric vehicle charging, track parking locations and perform other similar functions. The bicycle’s battery can be pulled out for remote charging or connected directly to a Ford vehicle’s electrical outlet.

The Mode:Flex bikes in The Henry Ford’s collection are concept prototypes, and Ford has no immediate plans to put them into production. Nevertheless, they represent concrete efforts by automakers to broaden their product lines and customer bases in response to evolving trends in personal transportation.