As with many entrepreneur stories, this one begins with immigrants coming to the United States to pursue the American dream. That dream was to create stylish, attractive silver housewares, but a national economic crisis forced them to get creative with a new material – aluminum – and resulted in the creation of the Everlast Metal Products Corporation. This blog highlights the company’s nearly 30-year history.

Everlast Aluminum Advertisement, “Yours From Everlast The Finest – Bar None!” 1947 THF125124

When the Great Depression gripped the nation during the 1930s, demand for consumer products fell as many people struggled to get by in the faltering economy. Up to this point, silver had been the primary material used for creating fashionable housewares. With few buyers able to purchase silver products, manufacturers turned to aluminum. One of the most prolific manufacturers of aluminum giftware was the Everlast Metal Products Corporation of New York City. 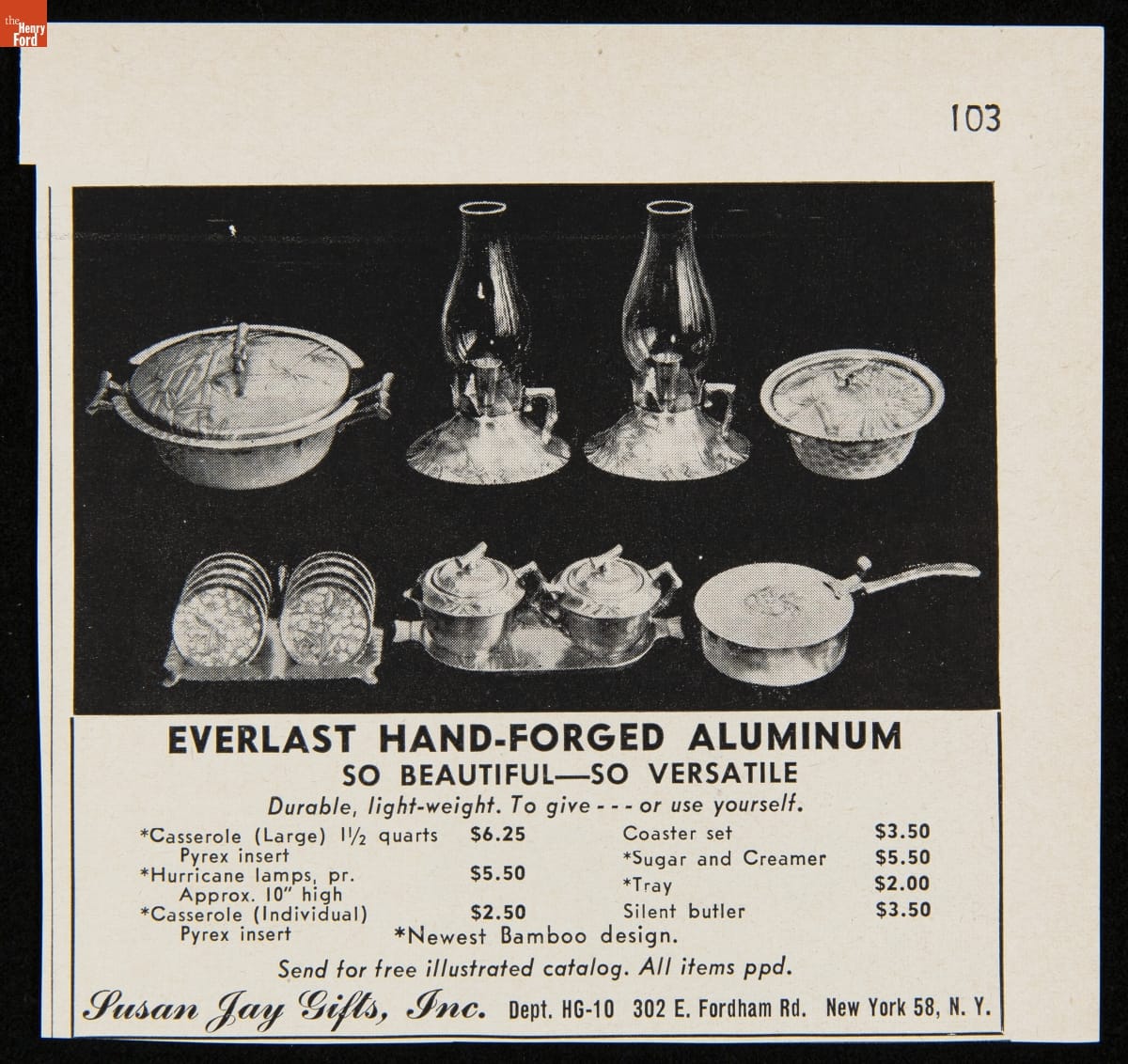 Everlast founders Louis Schnitzer and his brother-in-law, Nathan Gelfman, were experienced metalworkers in their homeland of Kiev, Russia before immigrating to the United States in the 1910s. In the early 1920s, the two men created a silver housewares business in New York City called Western Silver Works, Inc., where they polished and plated silver. By 1930, Schnitzer and Gelfman began producing silver- and chrome-plated items under the name Western Silver Novelty Company.

Affected by the decline of buyers for silver products during the Great Depression, Schnitzer and Gelfman decided to adapt, attempting to work with the modern and more affordable metal, aluminum. Aluminum was more costly than gold from its discovery in the 1800s until the first smelting methods were invented in 1886. Inexpensive aluminum cookware and kitchen utensils were manufactured in the 1890s, but poor manufacturing quality made customers skeptical of the new material. During the first World War, aluminum’s light weight and rust-resistant properties made the metal ideal for use in soldiers’ canteens and military vehicles. From this, aluminum gained wider acceptance, and consumer confidence in the metal led to a surge in aluminum products in the next few decades.

In 1932, Schnitzer and Gelfman formed Everlast Metal Products Corporation and began producing high-quality, hand-forged aluminum giftware. Hammered aluminum giftware products were, at once, both “old” and “new.” In an era of growing uniformity via factory production, the “made by hand” aspect of these products held an aesthetic appeal for consumers, while their aluminum material made them seem decidedly modern. 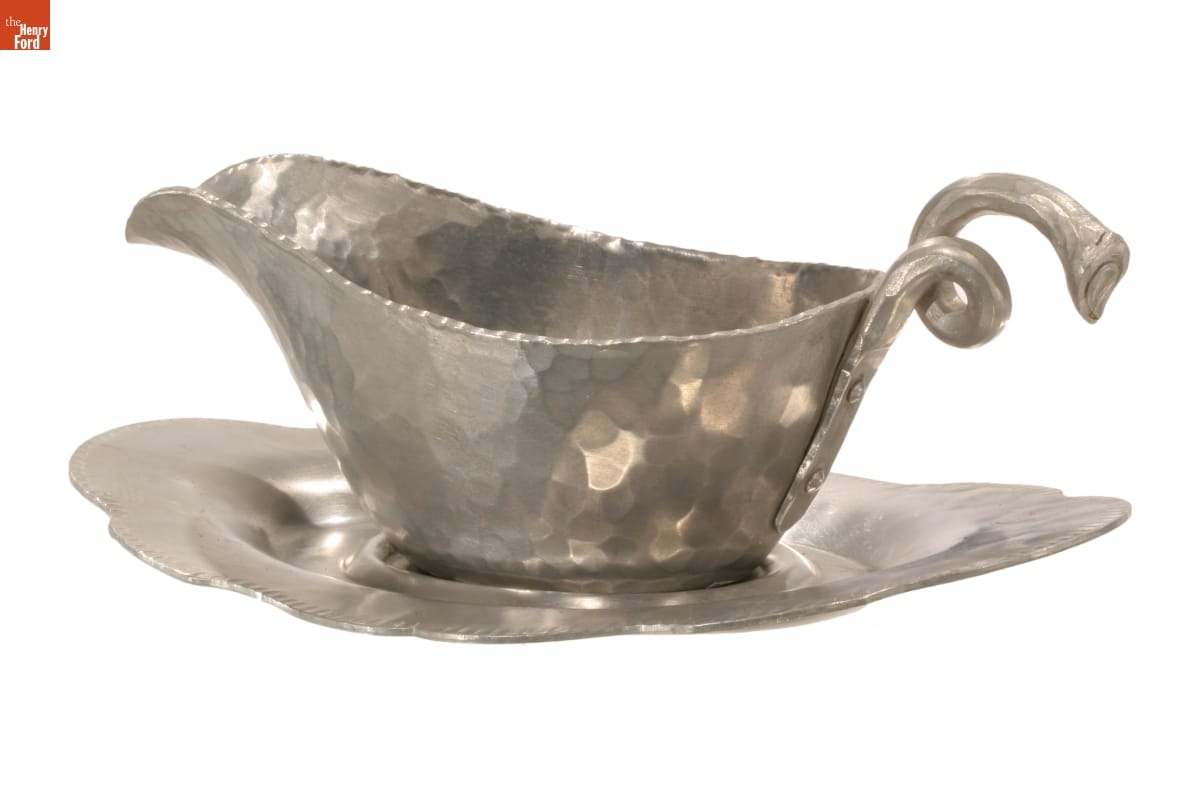 Schnitzer, the creative force behind the company, recognized the necessity of increased marketing to promote Everlast’s products. Around 1935, Jack Orenstein was brought on as National Sales Manager. Orenstein, skilled in merchandising techniques and in building relationships with clients, was essential in the success of the company. Already successful in the giftware industry before joining the company, Orenstein organized a highly effective sales force which gave Everlast a national presence in the decorative aluminum giftware market. 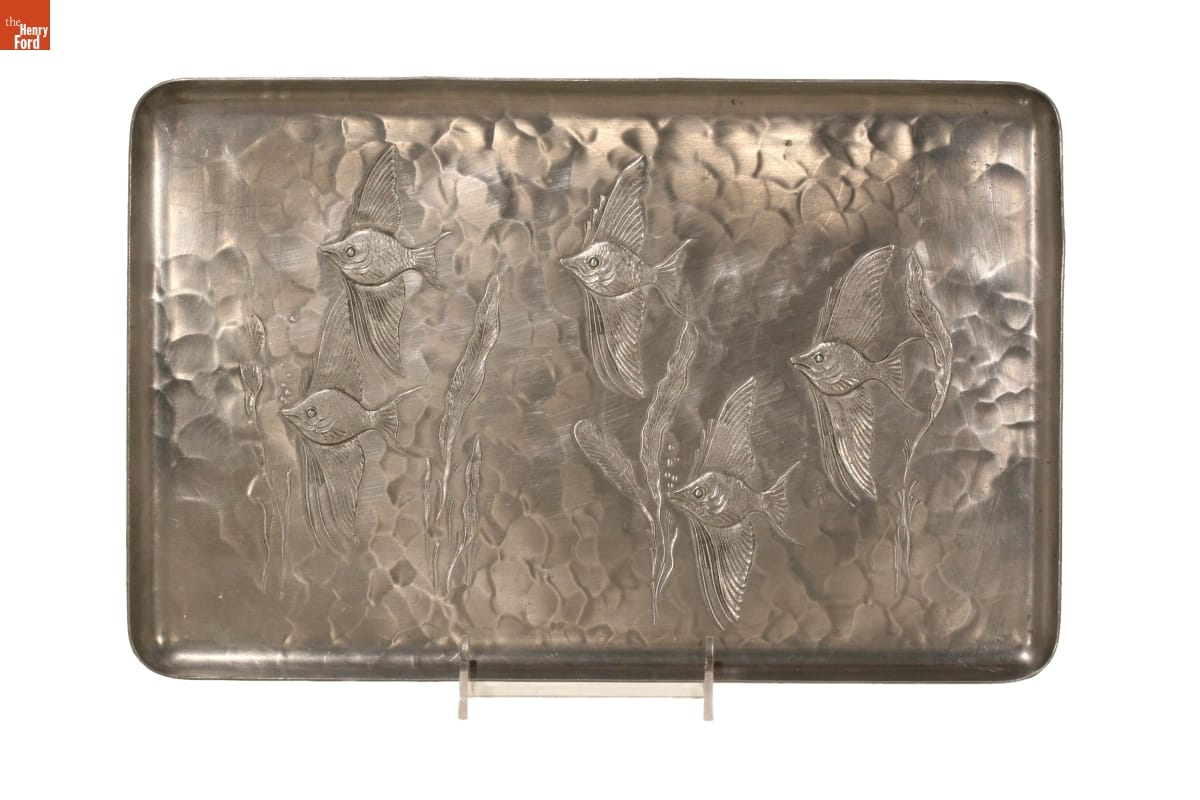 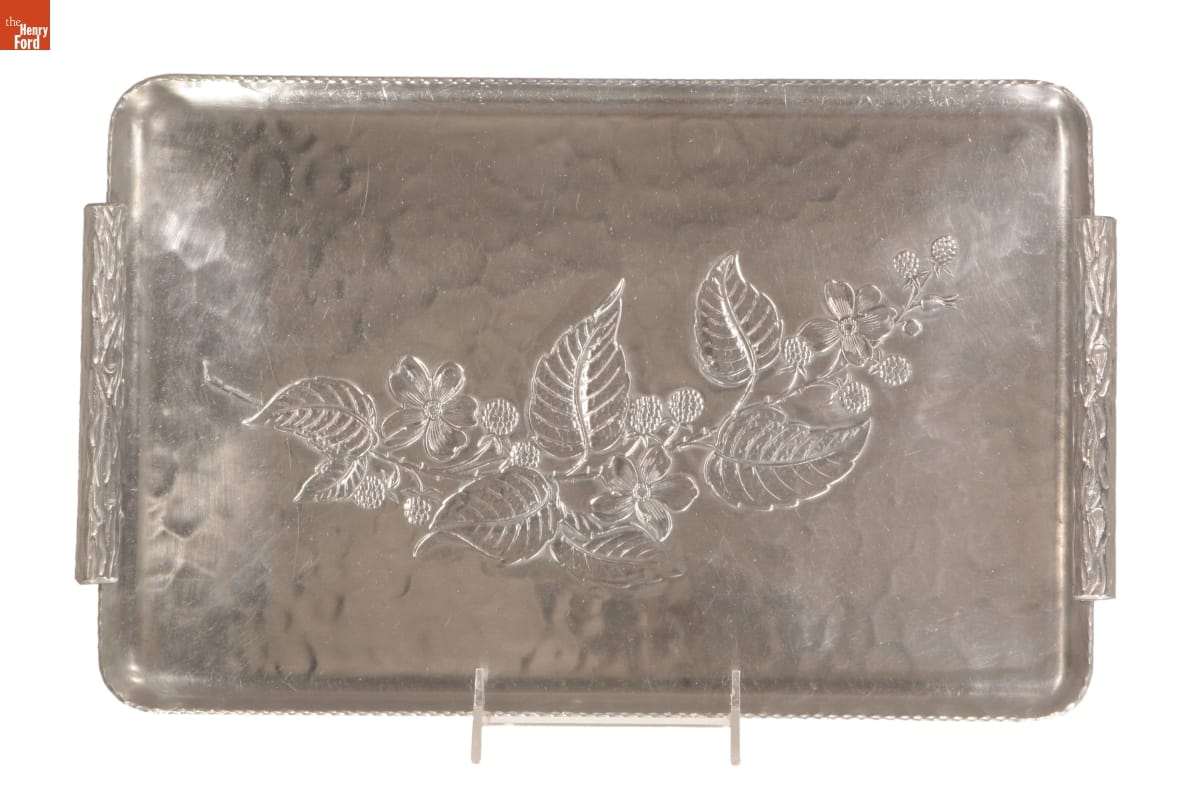 Everlast Aluminum Advertisement, “Yours from Everlast for ‘Dining Out’ at Home!” THF295629

When the United States entered World War II in 1942, the production of aluminum for consumer goods was halted to focus on the production of military equipment. While some aluminum houseware companies struggled to adapt, Everlast rose to the challenge, securing government contracts and upgrading their facilities to produce military equipment under the name Browning Precision Tool Co.

Throughout the war, Everlast created partnerships with various businesses in the floral, woodworking, and ceramic industries, enabling the company to remain in the public awareness, despite not producing consumer goods itself. As the war was winding down, Everlast turned its focus back to manufacturing consumer products. The upgrades made to its facilities during wartime put the company in a better position to manufacture mass-produced giftware in a more cost-effective manner – just in time for increased consumer spending during a time of post-war prosperity. 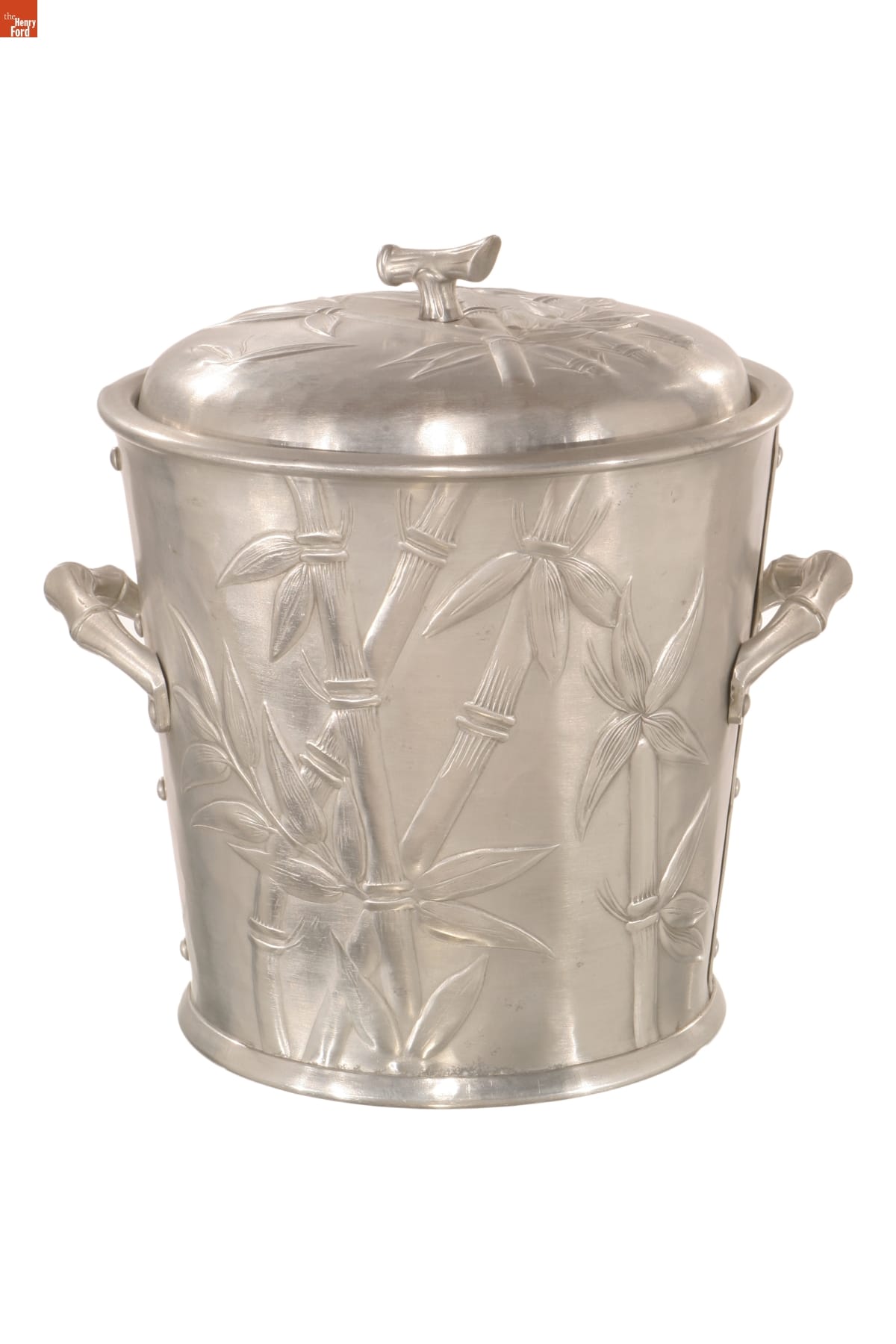 Following the war, Everlast resumed its advertising and marketing strategies. To increase its accessibility to consumers in the Midwest, the company also established a showroom in Chicago in 1946. Unfortunately, despite the initial post-war momentum for aluminum housewares, the industry and company struggled throughout the 1950s, experiencing setbacks that ultimately led to its demise. 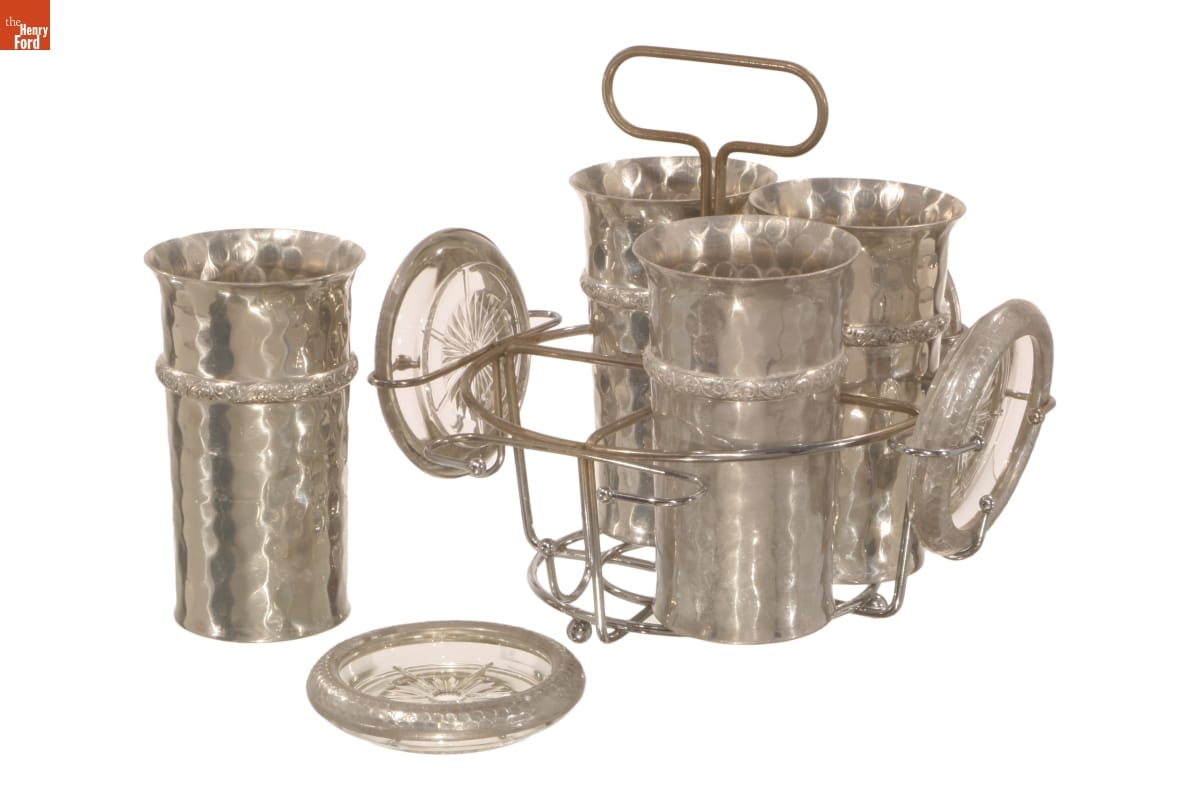 Everlast “Silvercrest” Tumbler, circa 1952 THF125119
In 1952, Everlast introduced a line called “Silvercrest,” featuring a highly polished aluminum finish. By this time, as a cost-cutting measure, the products’ “hand-forged” hammer marks were actually produced by a machine.

The first blow to the Everlast company came in 1951 when the Korean War initiated a restriction on the use of aluminum for consumer goods once again. Soon after, Jack Orenstein left the company to pursue a career in the new era of modern housewares – ceramics and plastics. Compared to these materials, which were colorful and lacked ornamentation, aluminum was beginning to be seen as old-fashioned and outdated. Despite several attempts to reinvent its products, Everlast floundered, failing to revive consumer interest in aluminum housewares. 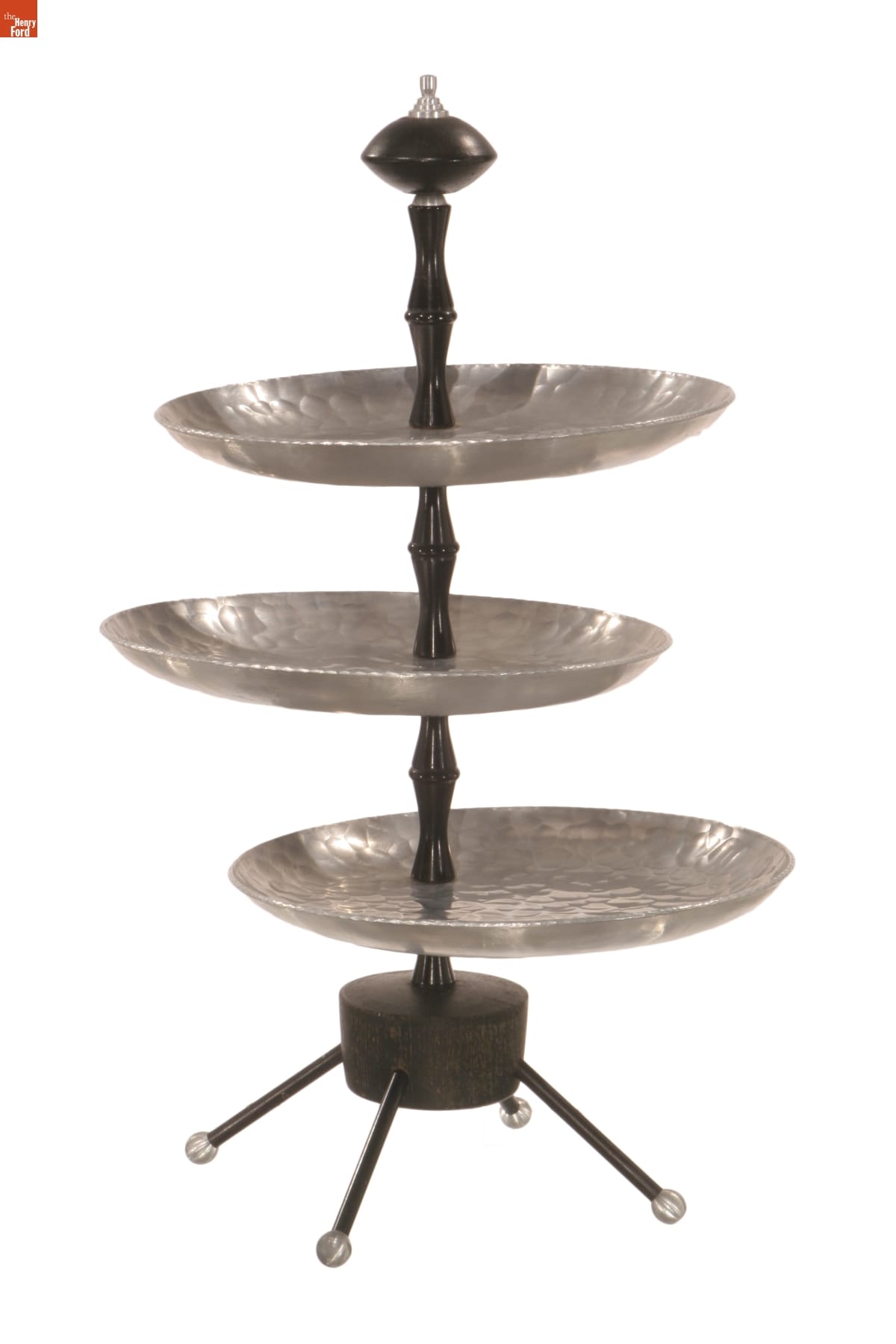 Everlast “Modern” Three-Tier Tidbit Tray, circa 1953 THF125116
In an attempt to reinvent its products amidst the growing popularity of plastics, Everlast introduced a contemporary line in 1953 called, “Everlast Modern.”

Like other manufacturers of the time, the company also chose to forego quality in favor of machine-made, mass-produced goods. This ultimately over-saturated the housewares market and crushed any interest in “hand-forged” household items. After nearly thirty years in business, Louis Schnitzer and Nathan Gelfman closed Everlast in 1961.

The two men from Russia had forged their American dream, adapting early on to pursue their entrepreneurial vision. It can be said that advances in technology and rapidly changing consumer interests secured the downfall of the aluminum industry. It cannot be said, however, that Everlast’s founders went down without a fight. Though their entrepreneurial journey came to an end in 1961, the founders experienced undeniable success during their company’s thirty-year history to become one of the eminent manufacturers of aluminum housewares and giftware.

Samantha Johnson is Project Curator for the William Davidson Foundation Initiative for Entrepreneurship at The Henry Ford. This post was adapted from the Pic of the Month from April 2007, written by Donna Braden and Kira Macyda. Special thanks to Constance Levi for sharing her knowledge of the company and for reviewing this content.