From Local to National: A 150-Year History 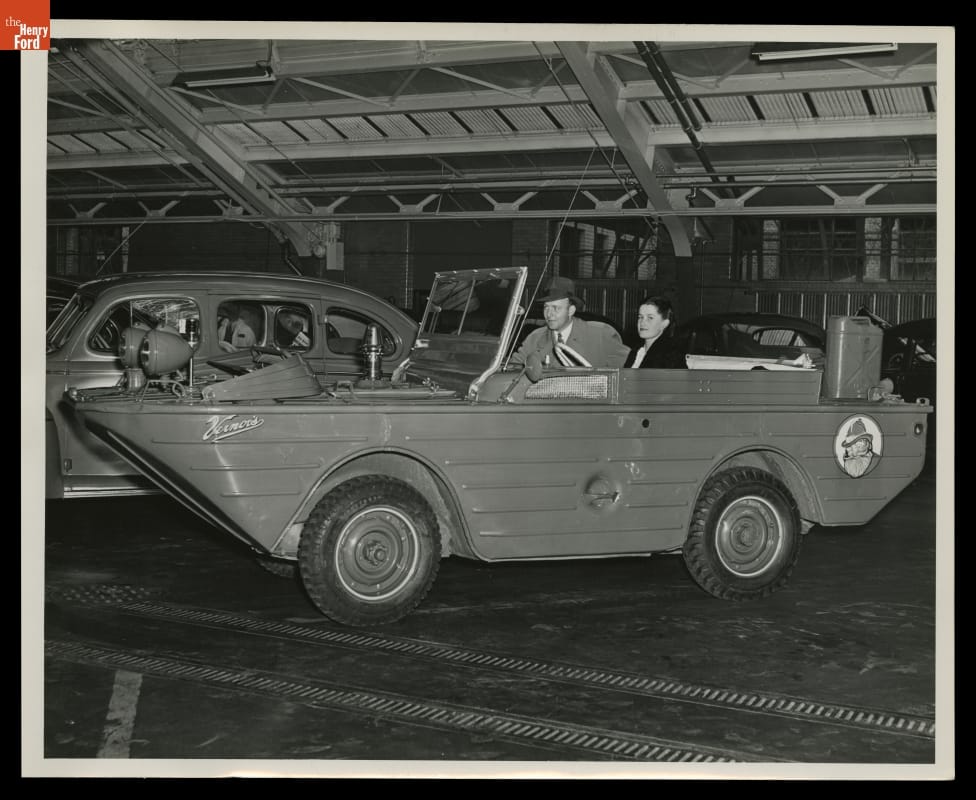 This month, we recognize 150 years of a phenomenon that started in Detroit but has become a national icon: Vernors. In 1866, pharmacist James Vernor began serving his zippy ginger ale at his pharmacy’s soda fountain, and it became first a local, then a regional favorite.  Today, Vernors is owned by Dr Pepper Snapple Group, a major North American beverage company, and can be found throughout the United States. Many Detroiters retain a particularly strong loyalty to the fizzy concoction, swearing by both its taste and its ability to soothe an upset stomach—so much so that the Detroit Historical Society has organized a week-long anniversary celebration.  In recognition of the milestone, we dug through our collections for some Vernors-related artifacts, and turned up labels, signs, photos of delivery trucks, a recipe booklet, and, perhaps most intriguingly, several photos like this one of James Vernor III sitting in a Vernors-branded Ford amphibious jeep.  We haven’t yet been able to turn up the full story behind these images, but suspect they might relate to clearing surplus inventory of such vehicles after World War II.  We invite you to pop open a refreshing ginger ale of your own and browse the rest of the Vernors-related items we found in our Digital Collections.