Getting into the Air: Alexander Graham Bell’s Aerial Experiment Association

Alexander Graham Bell (1847–1922) is best remembered for his work to develop the telephone, but he had a pioneering role in aviation as well. In 1907, Bell assembled a small team to design, build, and pilot some of the earliest flying machines. Working together at the dawn of manned flight, the members of Bell’s Aerial Experiment Association made extraordinary developments in a remarkably brief period of time.

As his 60th birthday approached, Alexander Graham Bell finally had the time and means to pursue his long-time interest in solving the problem of flight. Bell had supported and closely followed the failed efforts of Samuel Langley to develop a practical flying machine beginning in the 1890s. He also knew of Wilbur and Orville Wright’s successful 1903 flight. The Wrights were working in secret, refusing to collaborate with could-be competitors as they shopped their Flyer around to potential buyers in the United States as well as Europe—where other aeronautical pioneers were making progress with flying machines of their own design.

Bell believed tetrahedrons—triangular pyramids—held the answer. Convinced a practical flying machine could be produced by motorizing a tetrahedral kite, he began a series of experiments at Beinn Bhreagh, a summer estate owned by Bell and his wife Mabel, overlooking Bras d'Or Lake on Cape Breton Island, Nova Scotia, Canada. As his investigations progressed, Bell decided to assemble a team of talented young enthusiasts to help bring them to completion. 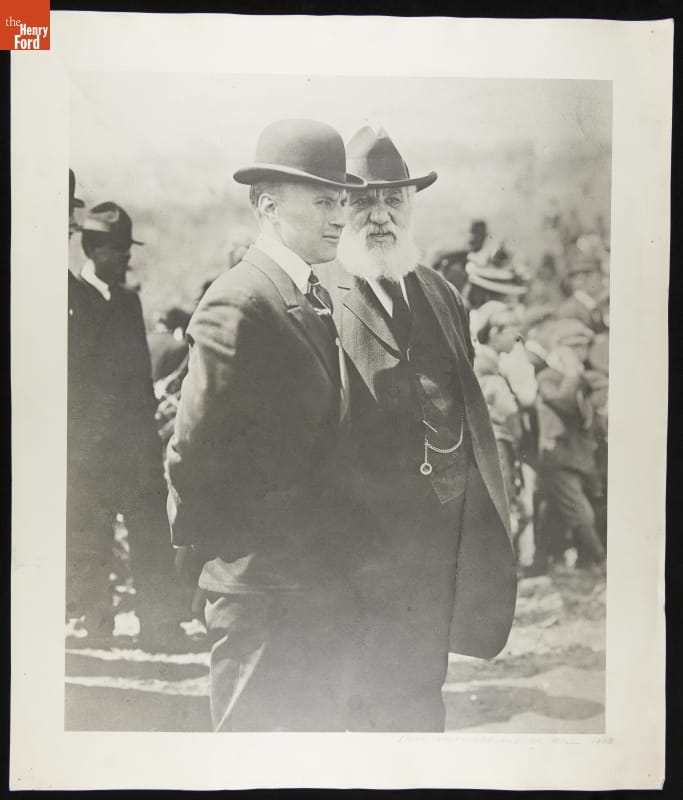 The Bells warmly welcomed these four recruits to Beinn Bhreagh in the fall of 1907, and all reached an agreement to form the Aerial Experiment Association (AEA):

The members agreed to work together over the course of one year, effective October 1. Mabel Bell (1867–1923) supported the venture from its beginning, providing the starting capital. With the understanding that experiments would soon move to a warmer location, Beinn Bhreagh served as Aerial Experiment Association headquarters.

The Aerial Experiment Association’s articles of agreement outlined some financial details: McCurdy and Baldwin would earn $1,000 and Curtiss $5,000—an acknowledgment of his special expertise and compensation for time away from his manufacturing company. Bell and Selfridge declined a salary. Each member would receive a share of any profit from the group’s experiments. But these specifics were ancillary. The Aerial Experiment Association’s primary objective was clear: “to get into the air.”

Experiments of the Aerial Experiment Association

The group agreed to begin formal experimentation with Bell’s tetrahedral kite, Cygnet, and then move on to build and test “aerodromes” (Bell’s preferred term for what would come be to be called “airplanes”) designed by each of the other members.

Bell planned to continue tetrahedral kite experimentation after the Cygnet test, but as agreed, the Aerial Experiment Association would first begin work on aerodromes. After Christmas 1907, everyone relocated to Hammondsport, New York, for milder weather and access to the facilities of the Curtiss Manufacturing Company. Excitement about the arrival of a famous inventor rippled through town, and Bell’s Boys quickly became the stars of Hammondsport’s social scene. The younger men enjoyed easy access to Curtiss motorcycles by day, and evening discussions about how best to tackle the problem of flight—often held in a room of the Curtiss home they dubbed the “thinkorium”—deepened the group’s bond.

Because Selfridge had piloted the Cygnet, his aerodrome design would be built next. Though the members of the Aerial Experiment Association—especially Selfridge—had studied contemporary advances in aviation, none had seen an airplane. After weeks of glider practice and careful construction at Hammondsport, the Aerial Experiment Association was ready to test its first one—the Red Wing. 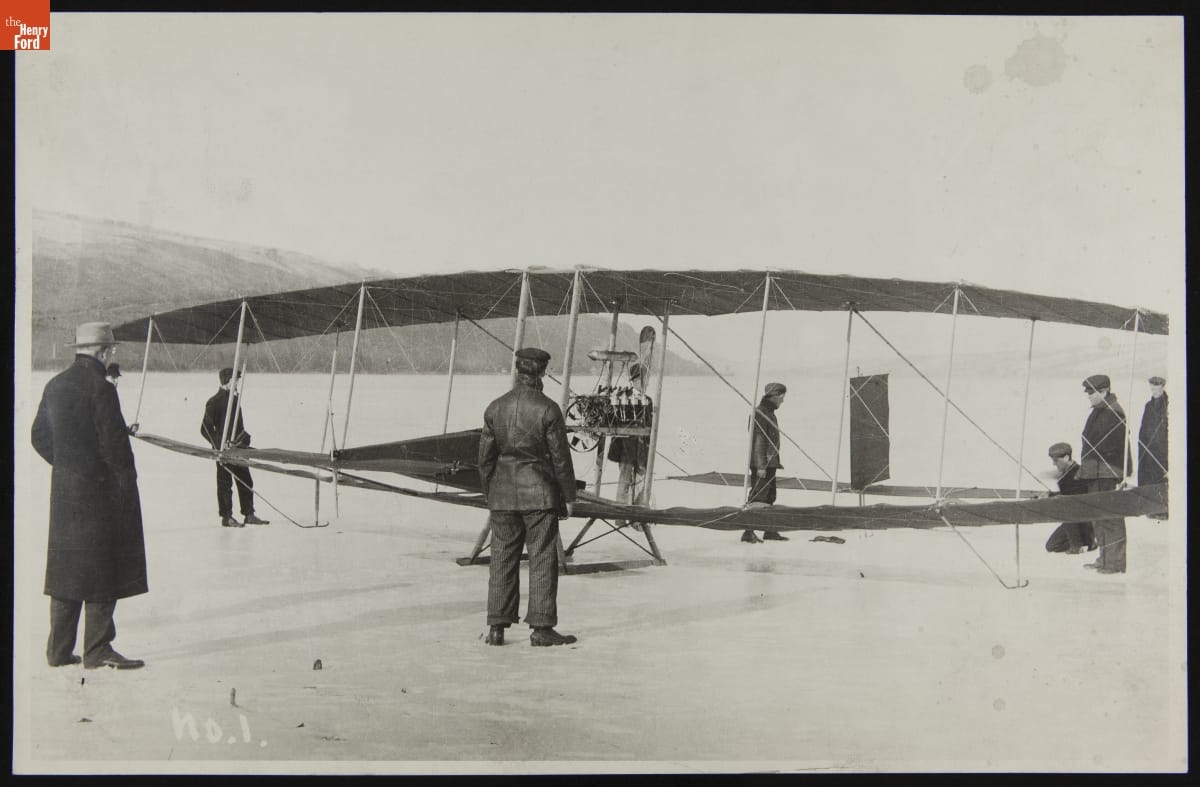 As pilot of the Red Wing, Baldwin was selected to design the Aerial Experiment Association’s second aerodrome. He decided to partner with Curtiss. The men incorporated findings from the Red Wing experiment into their improved design for the White Wing.


Though the weather had warmed, excitement over the Aerial Experiment Association’s quick progress led the group to stay in Hammondsport to begin building a third aerodrome, the June Bug, designed by Curtiss.


The 1908 Scientific American aviation trophy recognized the first airplane to cover one straight kilometer in an official trial. On July 4, Curtiss and the June Bug wowed a huge crowd with a winning flight of 5,360 feet (1.6 kilometers). 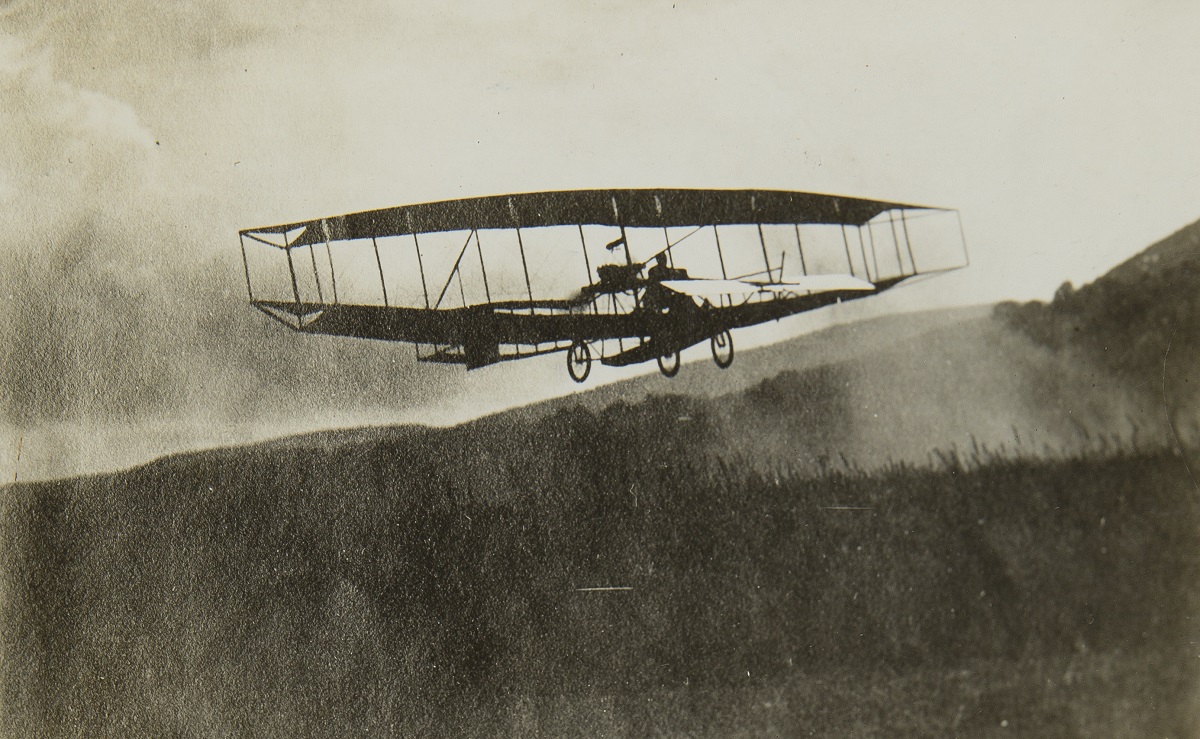 The June Bug’s success marked a turning point for the Aerial Experiment Association. Bell and Baldwin returned to Cape Breton Island to work on another tetrahedral kite, the Cygnet II. McCurdy and Selfridge remained with Curtiss in Hammondsport to begin building the Aerial Experiment Association’s fourth aerodrome, the Silver Dart. McCurdy’s design, the Silver Dart was intended to be a final improvement on the June Bug. At the end of August, Selfridge was called away and assigned to the commission overseeing U.S. Army trials of the Wright Flyer at Fort Myer, Virginia.

The future of the Aerial Experiment Association, which had achieved its primary goal and was set to expire on September 30, was under discussion when tragedy struck. Selfridge, riding as Orville Wright’s passenger during a trial flight on September 17, was killed—the first fatality from an airplane crash.

The remaining members of the Aerial Experiment Association convened on September 26 and voted in favor of a six-month continuance (with further funding promised by Mabel Bell). While Bell and Baldwin continued work at Beinn Bhreagh, Curtiss and McCurdy forged ahead in Hammondsport. (Incidentally, experiments in both locations to develop aircraft that could take off from the water during this time—including outfitting the June Bug with pontoons to create the Loon—were unsuccessful.) Satisfied with the Silver Dart’s progress, Curtiss and McCurdy disassembled it for shipment to Cape Breton Island and headed to Beinn Bhreagh in late January 1909. The following month, attempts to lift the Cygnet II from the ice on Bras d'Or Lake failed, but the Silver Dart made history.