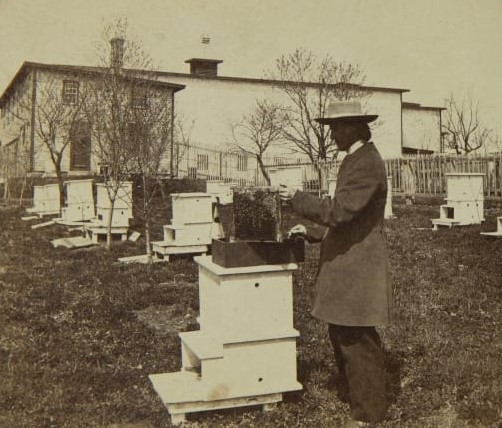 Bees—one short name for about 20,000 species of flying insects classified into seven families. All live within social communities that depend on strict work routines; all seek the same food sources (pollen and nectar); and all process their harvest and preserve it in hives built in the ground, in hollow trees, or in human-designed apiaries.

Bees help plants reproduce by facilitating pollination as they search for pollen and nectar to feed themselves and their young. This relationship has long served plants well—DNA research confirms that bees coexisted with flowering plants from their beginning 130 million years ago.

Bees and humans have a much shorter, but more emotional, relationship. As pollinators, bees provide a critical link between humans and their food source: plants. Over millennia, humans domesticated one species of bee, native to Europe, Asia, and parts of Africa, to satisfy their needs—Apis mellifera, the Western or European honeybee. As Europeans colonized North America, they imported honeybees and the crops that honeybees pollinated from the bees’ native ecosystems. 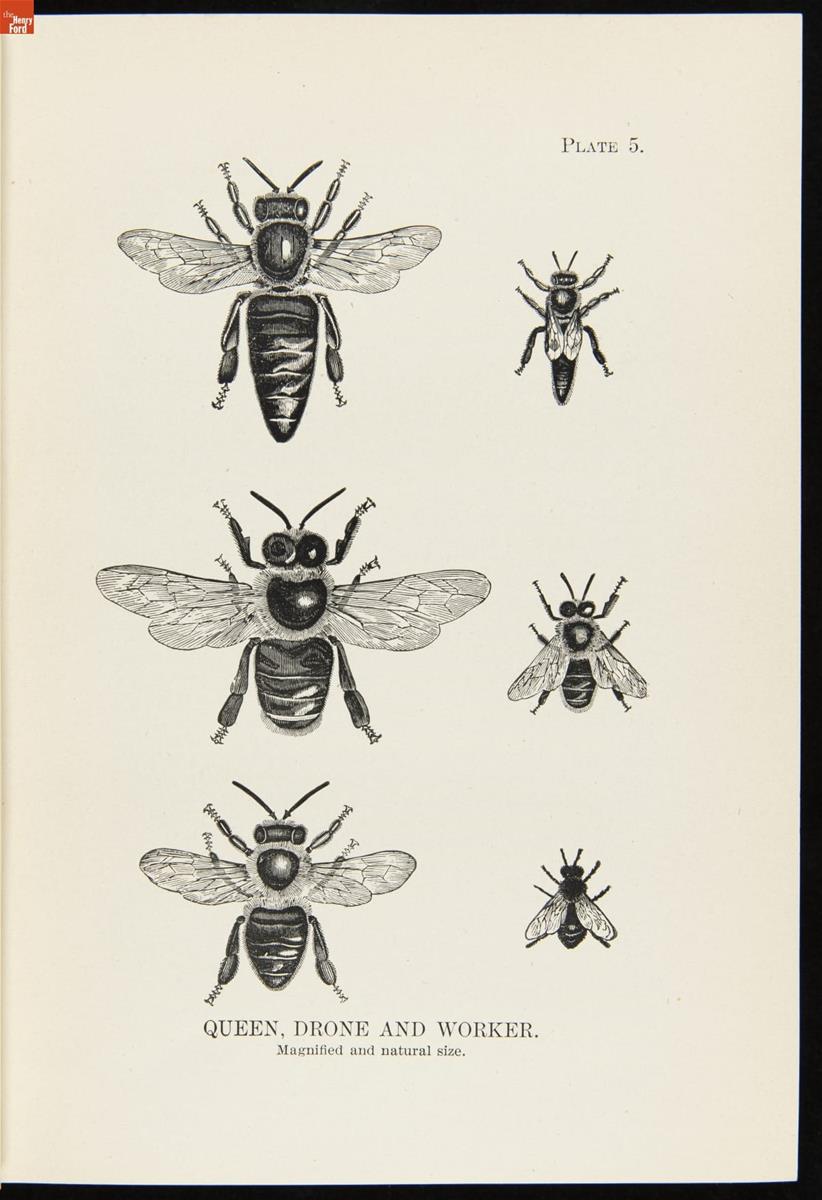 Illustrations of Apis mellifera, the Western or European honeybee / THF621311

Humans clustered hives of honeybees around orchards, grape arbors, and other areas of intense flowering-plant cultivation to ensure pollination. From the hives, they harvested honey—a natural sweetener that required little processing. The hives also produced honey, pollen, and bee venom, which had medicinal value. Beeswax was used to seal containers, produce candles, and create art. And queens from the hives propagated even more honeybees. 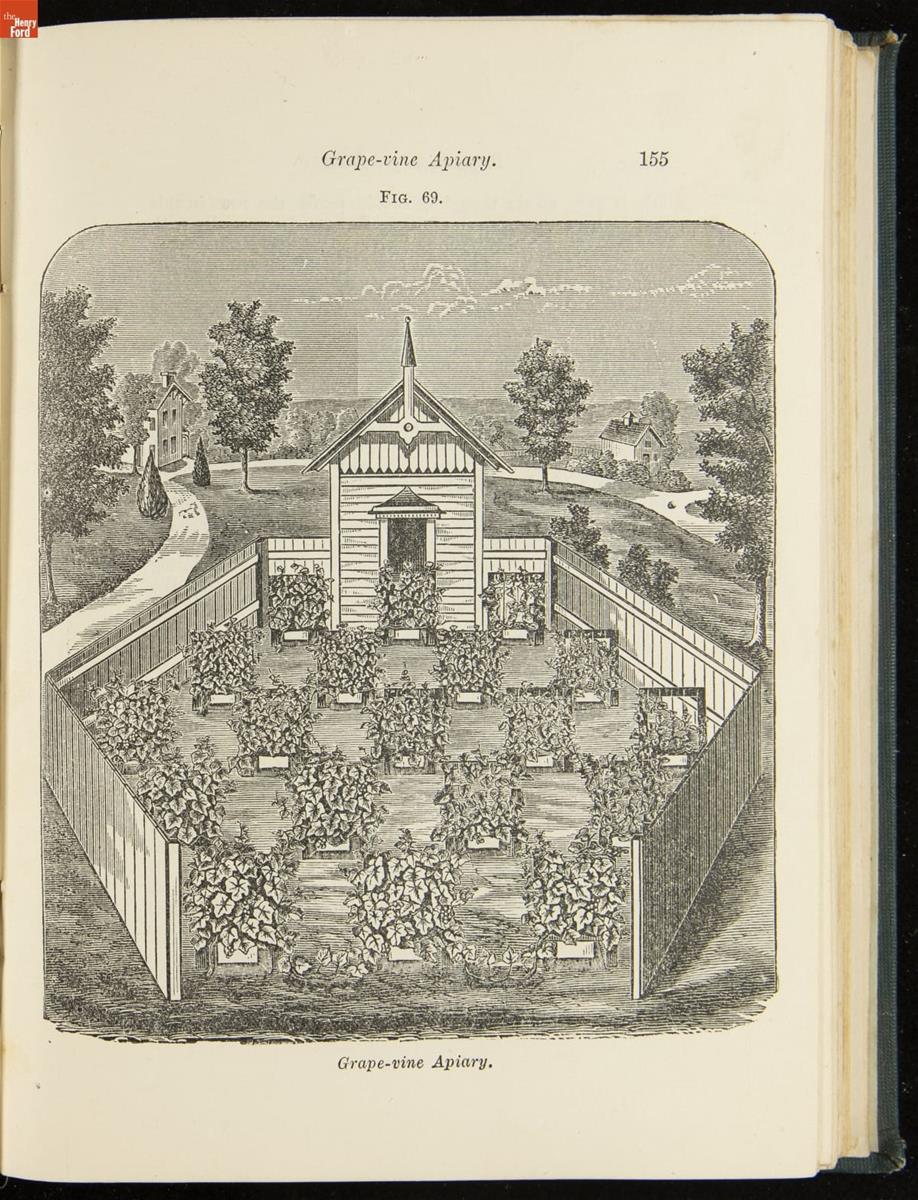 Historically, honey-seeking humans learned to identify the location of an existing hive, usually in a hollow tree trunk. Some “baited” bees by setting out a little honey to attract a bee and following it back to its hive. This involved “lining” a bee—watching until it flew out of sight, moving closer to that location, waiting to see another bee in flight, and repeating the process. In short increments, this led honey-seekers to hives.

To secure their “own” honey supply and facilitate pollination of crops, humans sometimes moved existing hives closer to their gardens, orchards, and clover fields. They also hunted bee swarms. When a colony becomes too large, a queen will “hive off,” leaving with a portion of the hive’s population. (In the meantime, the remaining bees create a new queen to lead the original hive.) The departing bees swarm together near their former home, lingering only temporarily as scout bees search for a new nesting site. The reward for aspiring beekeepers who successfully encourage a swarm to take up residence in a hive of their own choosing is sweet. 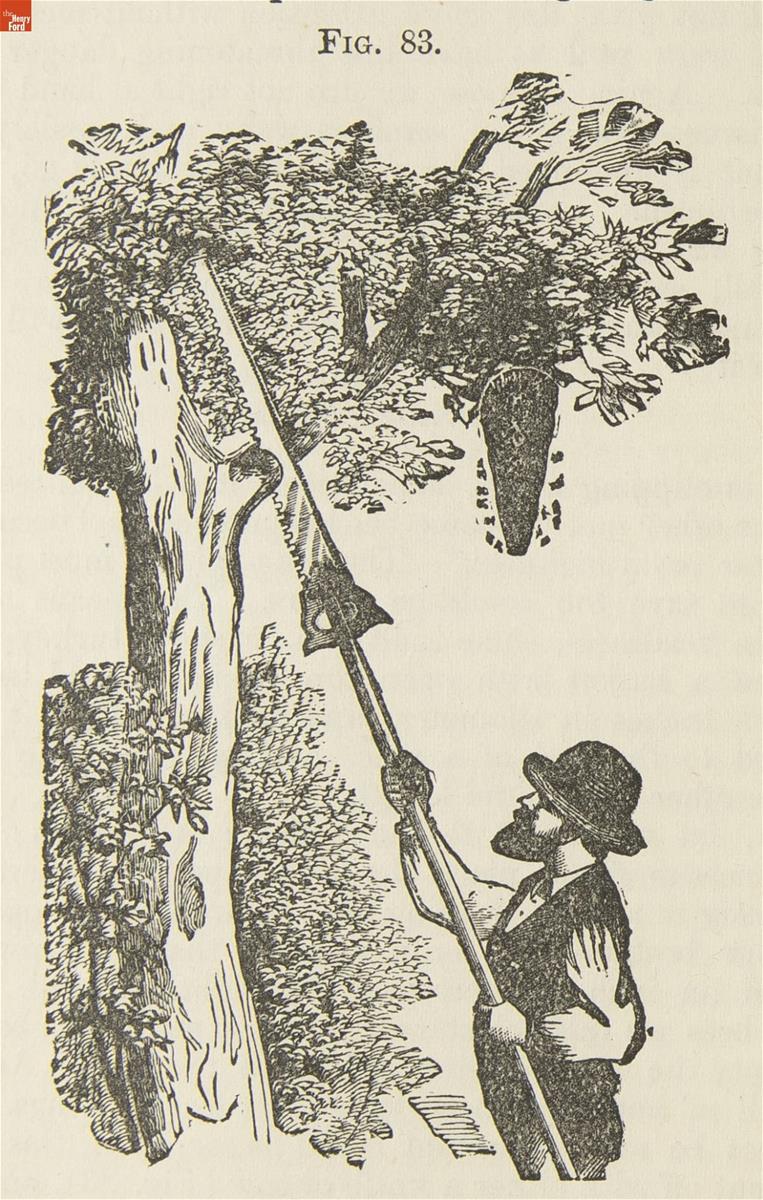 Beekeepers first mimicked nature, luring swarms of bees into hollow logs much like the tree trunks they’d abandoned. Before long, humans devised prefabricated housing to keep pollinators close to gardens, orchards, and clover fields, and to keep honey close to the kitchen table. These hives, often grouped together in apiaries, took many forms, from simple boxes to highly decorated contrivances. 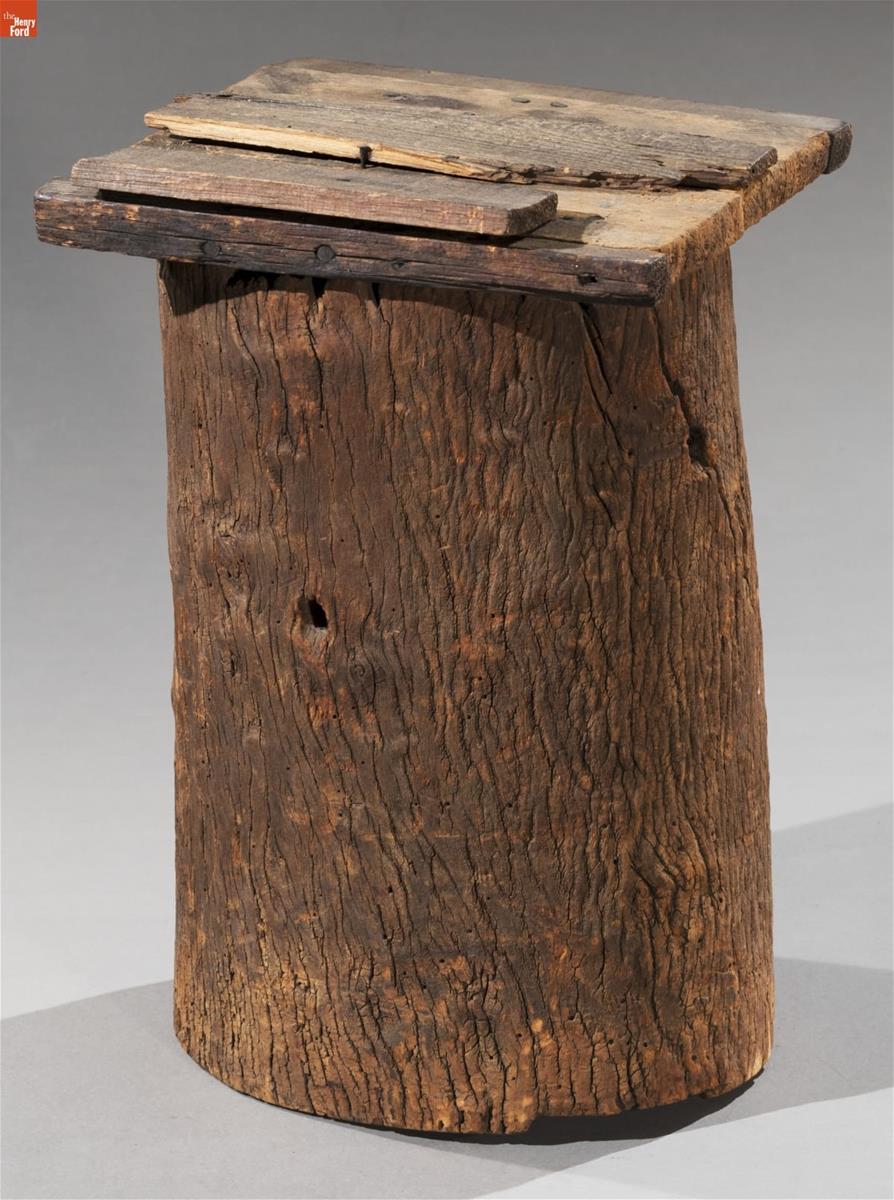 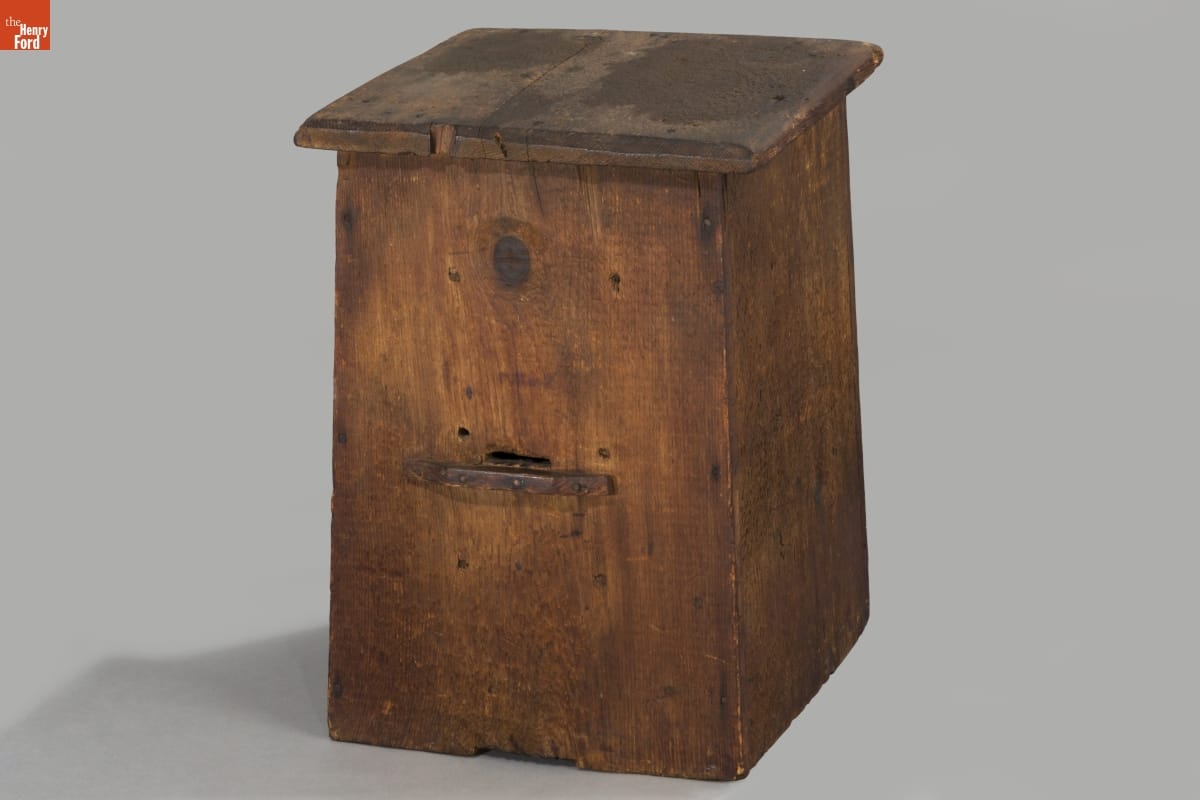 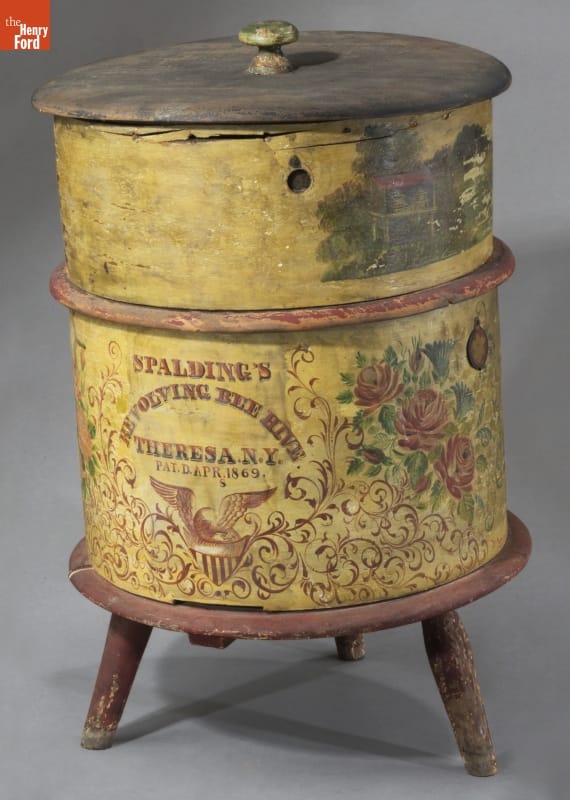 Some beekeepers made bee “skeps,” hives made of coiled rye straw held in place with a wooden splint, to house bees and protect honey stores. Skeps held real meaning for those who relied on them to house bees and protect honey stores. But bee skeps also took on symbolic meaning rooted in religious associations with worker bees and the biblical beekeeper, Deborah. Over time, skeps came to represent the industry of a productive household and the dependability of workers. Utah, known as “The Beehive State,” even adopted the coiled beehive as its official state symbol. 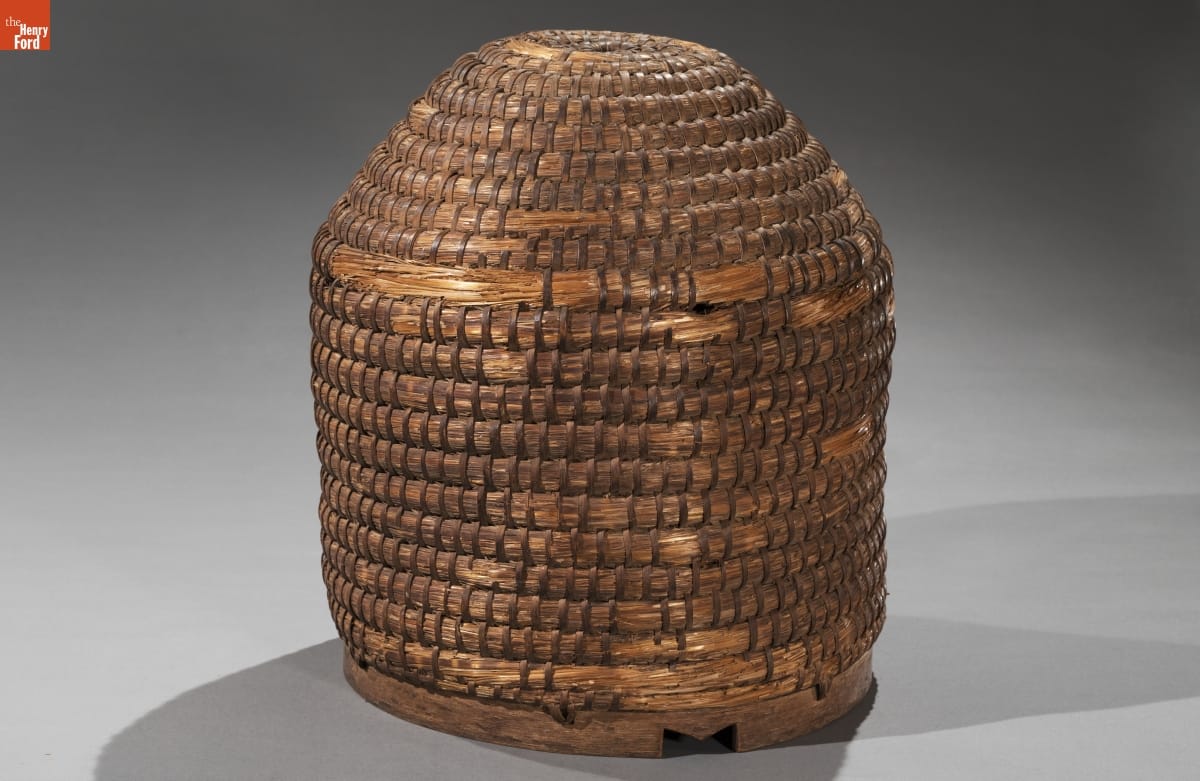 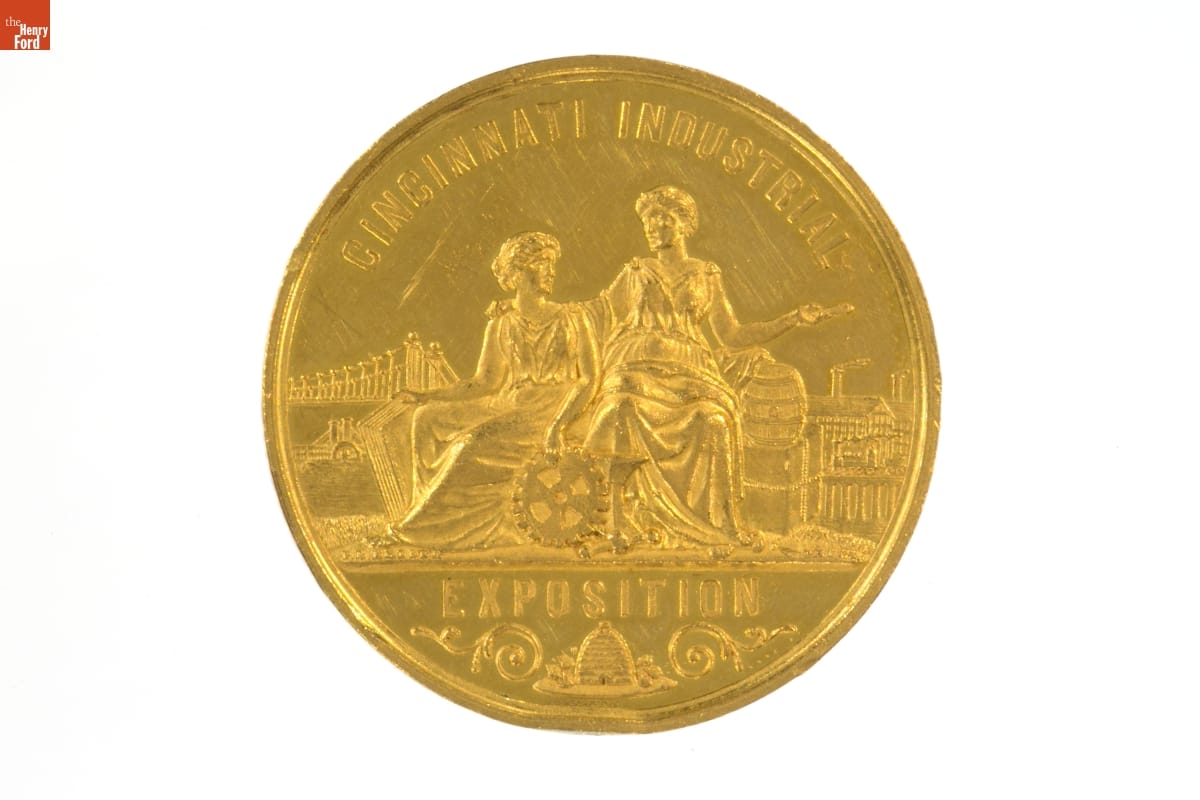 During the mid-19th century, the U.S. Patent Office issued numerous patents for improved beehives. Arguably the most important went to Philadelphia pastor Lorenzo L. Langstroth in 1852 for his “Improved Mode of Constructing Beehives.” Langstroth's enduring contribution to beekeeping came through careful observation. He determined that bees naturally left a space of 3/8” between honeycombs (constructed within the hive to house larvae, honey, and pollen). Langstroth designed a beehive with 3/8” spacing (later coined the “bee space”) between the frames, sides, and bottom. This improved access, allowing beekeepers to remove and replace frames of honeycomb without harming bees, and more easily inspect for bee moth infestation, which could seriously damage a hive. The hive Langstroth devised, along with the guide he first published in 1853, revolutionized beekeeping, and Langstroth-style beehives remain standard today. 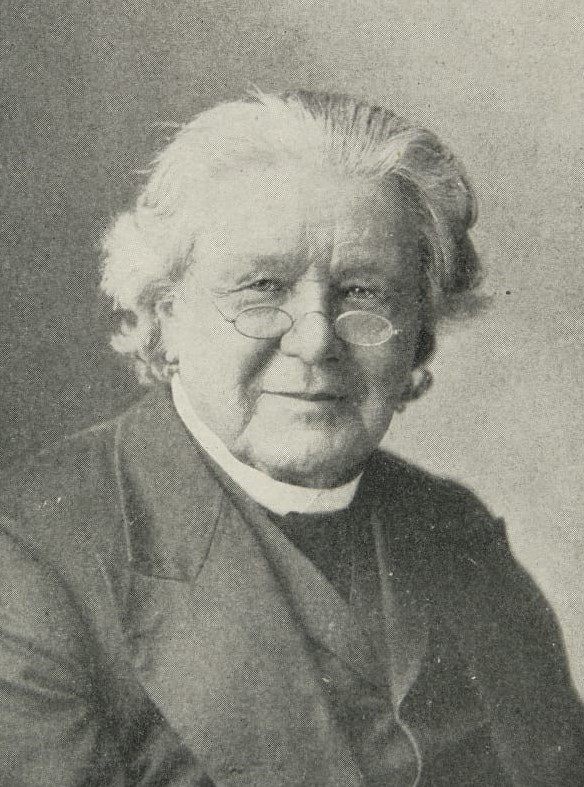 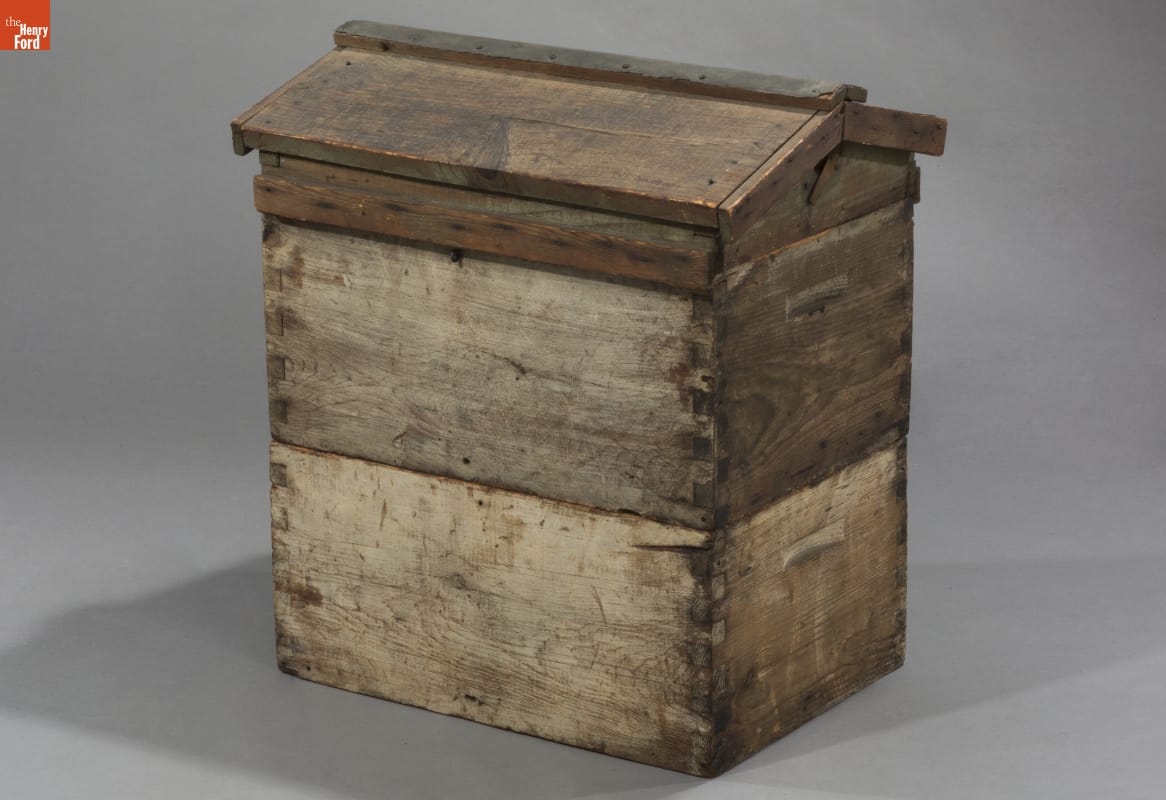 In Defense of Native Bees

Because they did not evolve in tandem with native plants, honeybees are not the best pollinators for all crops grown in North America. They seek nectar more than pollen to produce honey, and many plant blossoms do not produce enough nectar to mobilize honeybees. Native bees and other flying insects find blossoms of native plants—including tomatoes, cucumbers, pumpkins, avocadoes, and cranberries—more appealing than do honeybees, and they do a better job of moving pollen from blossom to blossom, ensuring fertilization. As a consequence, many market-garden and truck-farm crops (cabbage, carrots, squash, and melons), berries (strawberries, blackberries, and raspberries), and orchard crops (apples, pears, peaches, and plums) depend on native bees and other pollinators, even as honeybees play their role. All also pollinate crops that livestock eat (buckwheat and clover) and crops that produce fibers we use to make cloth (cotton and flax). 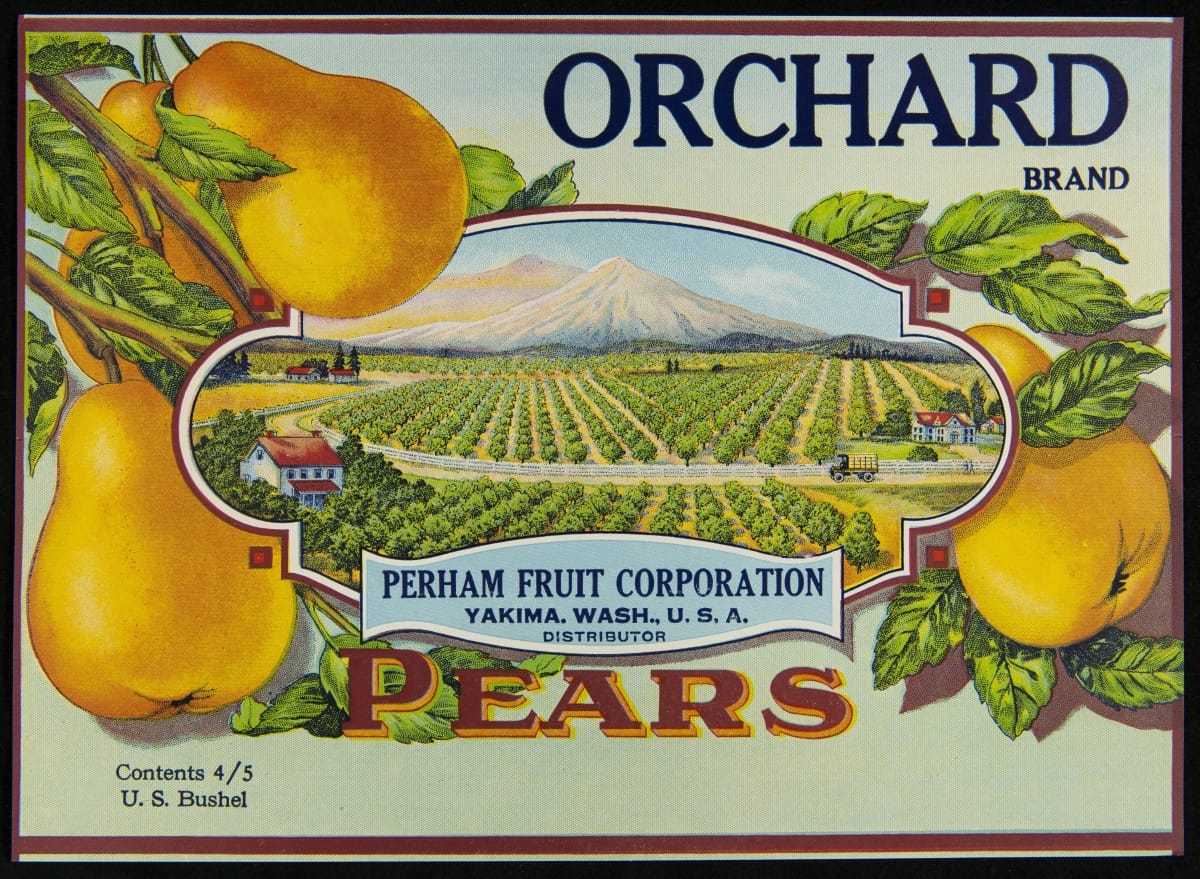 Vegetables, fruits, and other agricultural products result from the intimate relationships, millions of years in the making, between bees and the plants they pollinate. When colonists imported honeybees to North America, they introduced direct competition to different genera and species like squash bees, bumblebees, and solitary bees. Even today, humans’ special treatment of honeybees puts native bees at a disadvantage. As the disrupters of natural relationships, humans bear responsibility for creating a balance between honeybees and native species that are too often neglected in popular conversations. While we depend on honeybees for our honey supply, we depend on all pollinators to sustain our food system. To learn more, explore the U.S. Geological Survey’s documentation of native bees at the Native Bee Inventory and Monitoring Lab, check out this excerpt from Dave Goulson’s “A Sting in the Tale: My Adventures with Bumblebees,” or browse beekeeping-related artifacts in The Henry Ford’s Digital Collections.


This post was adapted by Saige Jedele, Associate Curator, Digital Content, from several write-ups on bees and beekeeping by Debra A. Reid, Curator of Agriculture and the Environment at The Henry Ford.