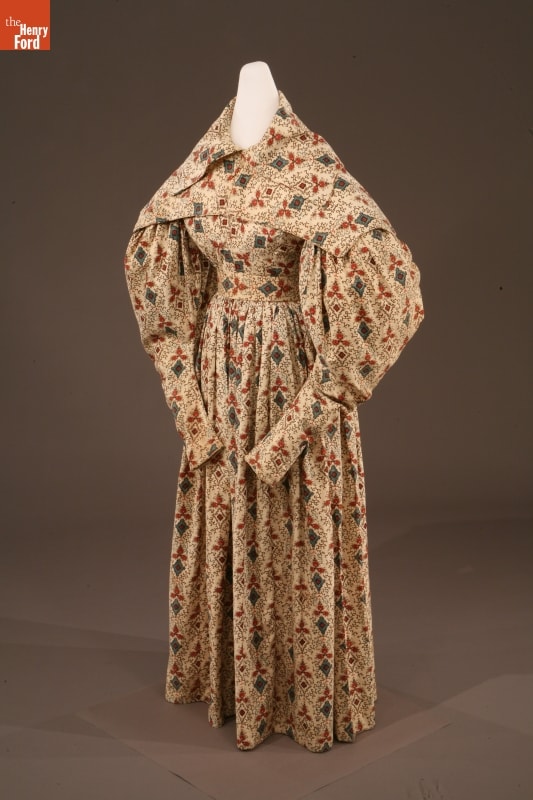 Dress, circa 1835, once owned by author and illustrator Tasha Tudor. THF49064
Way back when, making clothing was a household enterprise. Many families raised the raw materials and did much of the labor-intensive spinning, weaving and hand-sewing to produce the clothing they needed. Textiles were precious, and most people had only a few garments. Today, clothing is a massive commercial operation — it’s all about us going off-site or online and searching out ready-to-wear from hundreds of factory-made items hanging on hundreds of racks or presented as seemingly endless choices on websites. Here are some of the tools of the garment trade that got us from in-house to in-store, all part of The Henry Ford Archive of American Innovation.

THE WALKING WHEEL
In the 1760s, rural families would spin wool (from sheep raised on-site) on a walking wheel inside the home, creating yarn eventually woven into cloth for making their own clothing.
Where can you see one? Walking Wheel, Daggett Farmhouse, Greenfield Village 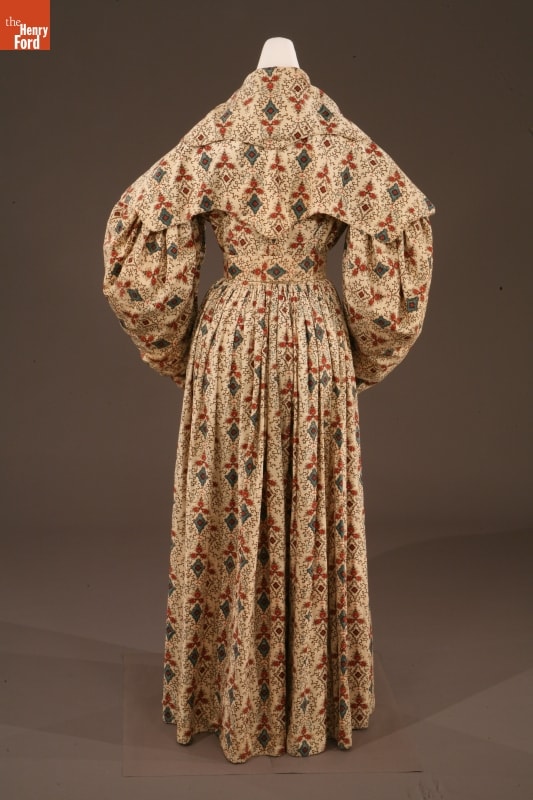 ROLLER PRINTING
The process of printing designs on textiles, shown above, using a cylinder made these fabrics much more affordable and fueled demand. By the 1830s, New England textile factories were producing a staggering 120 million yards of cotton prints each year. 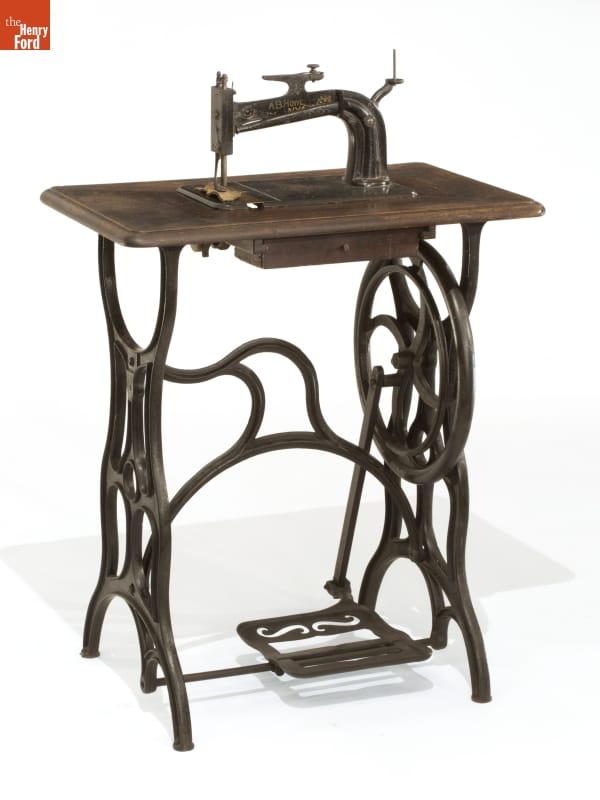 Howe Sewing Machine, 1854-1857. THF154874
THE SEWING MACHINE
Sewing machines began to transform the process of sewing clothing during the late 1840s. While it might take 14 hours to sew a man’s dress shirt by hand, it would only take an hour by sewing machine. 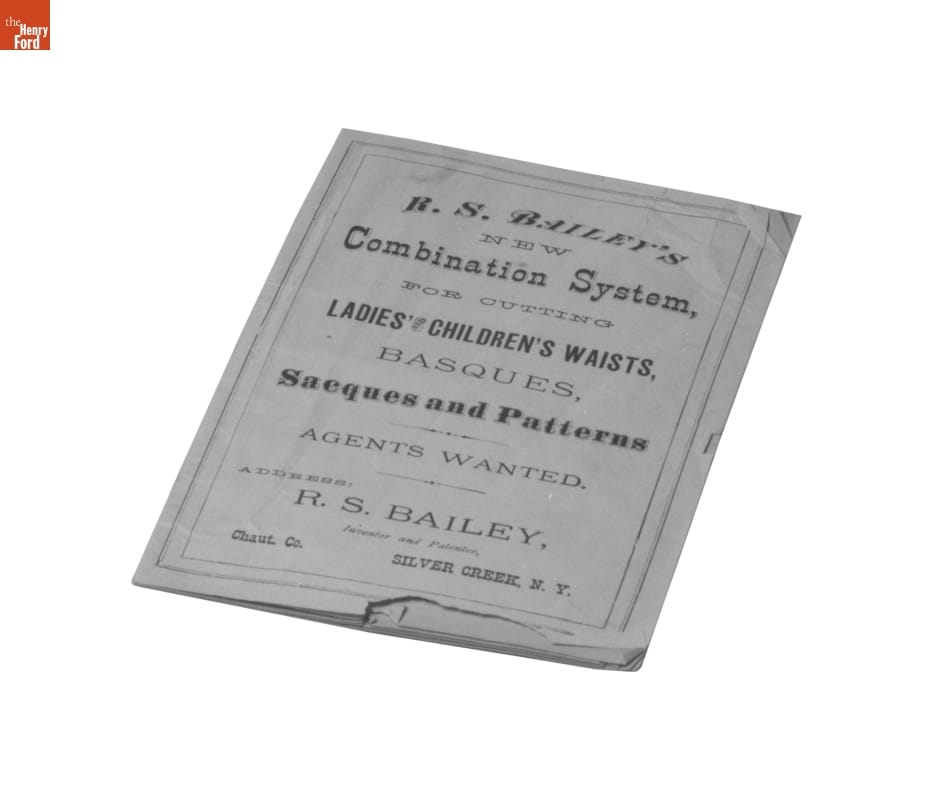 THE DRESS PATTERN
Commercial dress patterns made planning and cutting out a garment much easier. These patterns gave people a guide to making the correct cuts, sized from small child to adult.

THE POWER LOOM
The power loom industrialized textile weaving during the early Industrial Revolution, automating the process of weaving and dramatically reducing the need for the skilled human hand. It took decades and a cast of innovators to perfect this technology.

This story originally ran in the June-December issue of The Henry Ford Magazine.