As any member of the railroad operations team in Greenfield Village will tell you, there’s never a shortage of work to be done at the roundhouse. Learn more about a typical day of making sure everything is running smoothly from early in the morning to late in the evening.

The beginning of a day in railroad operations starts when the scheduled fireman arrives at 6:30 am in the morning. Upon arriving he’ll look over the day’s locomotive for anything that might be out of place. When he’s satisfied, he will begin by cleaning the remnants of the previous day’s fire from the firebox. 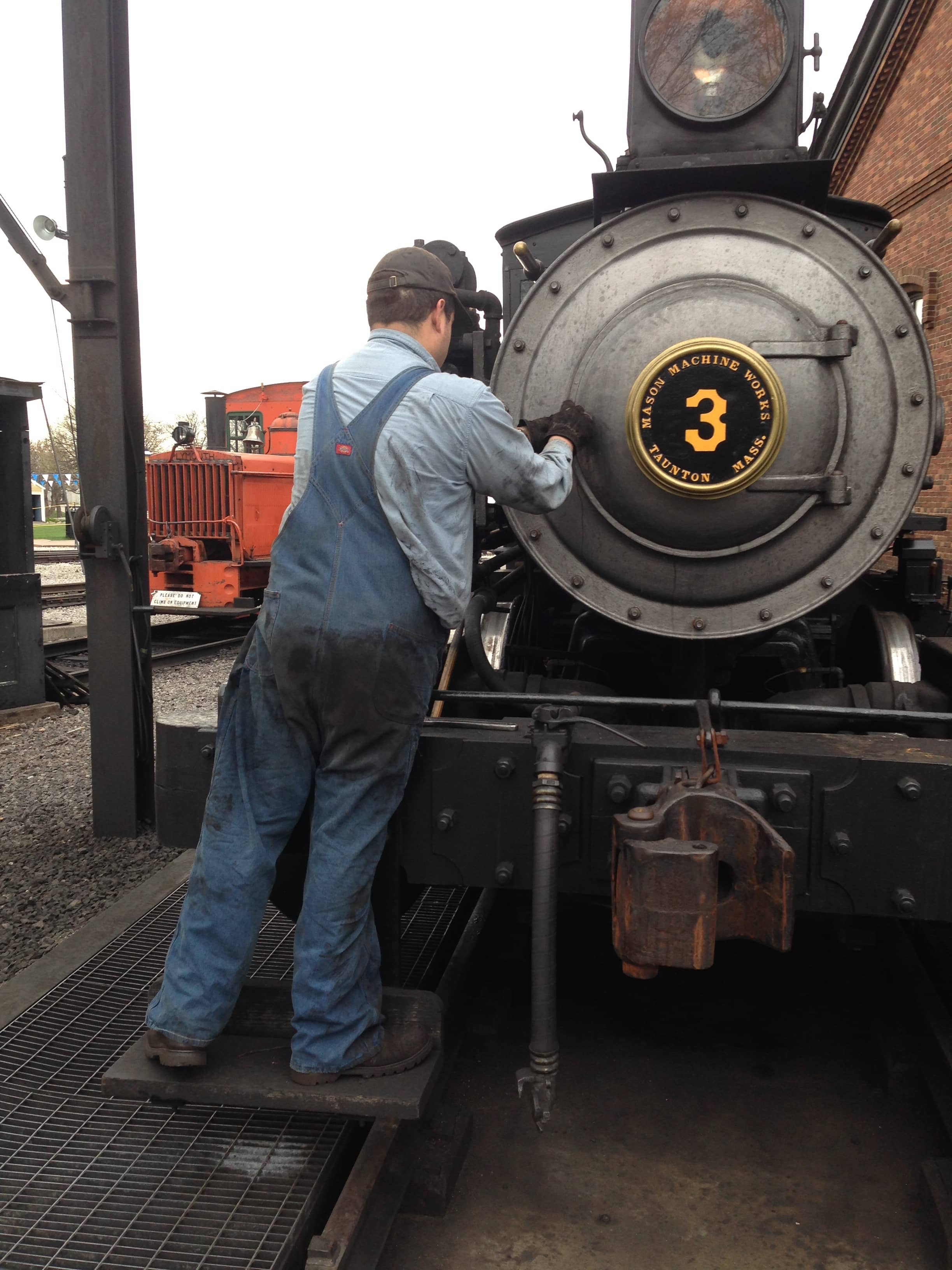 A fresh bed of coal will be laid down and he will then light a new fire. For the next two hours, the fireman will continue to tend this fire as the boiler builds steam pressure. He will also fill oil cans, clean the cab, and tidy up in general around the engine. At 7:00 am, the morning mechanic reports for duty. He’ll wash and assist in oiling the engine. The morning mechanic is also present for any mechanical failures that may arise as the locomotive “wakes up.” At 7:30 am the engineer arrives; he starts his day by inspecting the passenger cars that will be pulled behind his locomotive. After this, he will proceed to the locomotive and look the engine over before beginning the process of oiling and greasing. Around 8:45 am the fireman will have the boiler near operating pressure; at this time the locomotive is ready to start its day. The engineer with fireman onboard will take the locomotive from the roundhouse area out onto the railroad to retrieve the train cars. Once coupled up, a test of the air brakes and a final inspection is performed. This is done to ensure that the brakes are operating correctly. 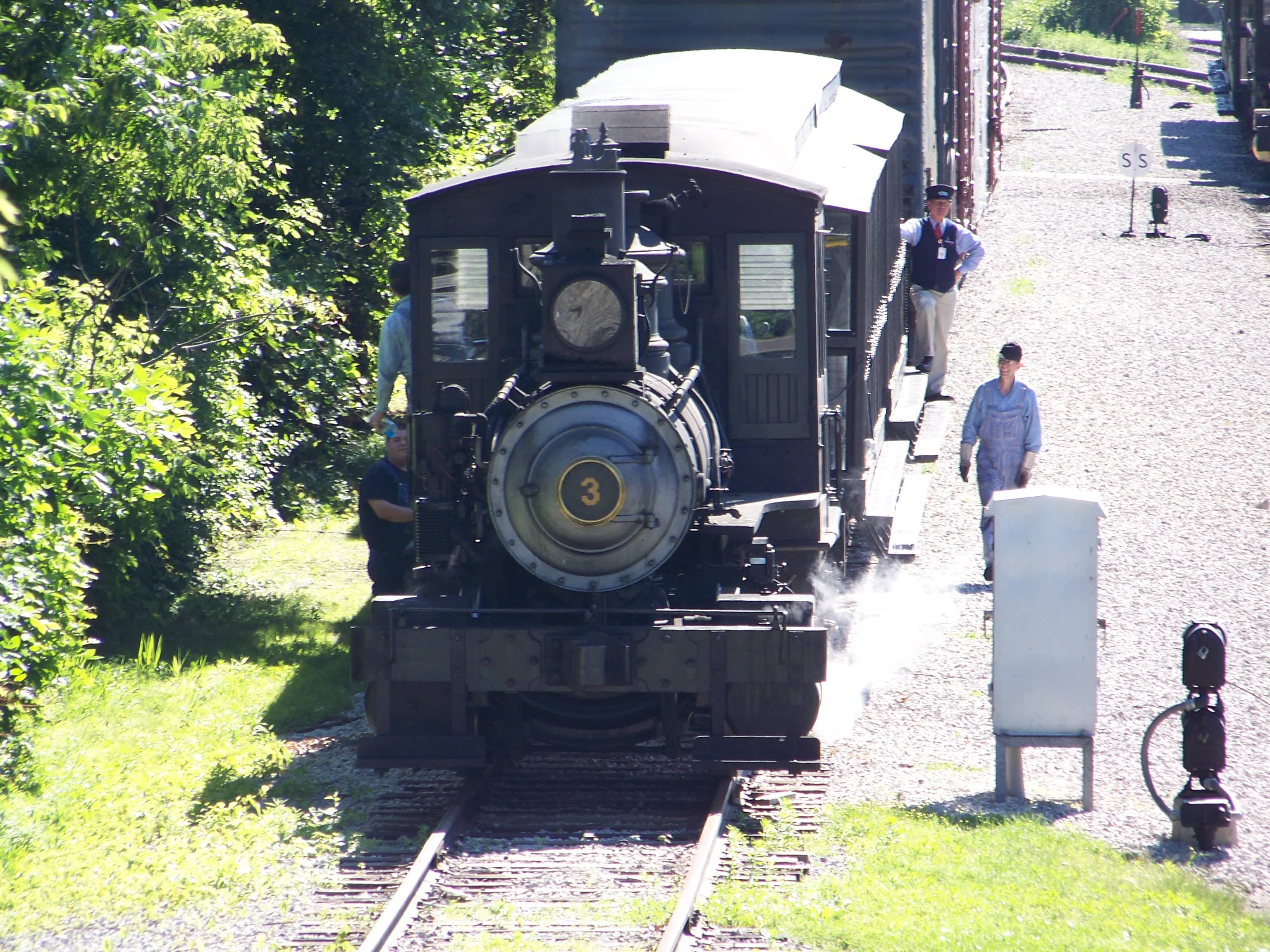 At 9:00 am the conductor reports for duty and boards the rear of the train, which then proceeds up to Firestone station to receive the first passengers of the day.

Did you know that the train will make 13 trips around the railroad in a single day, covering just over 30 miles? Amongst these trips the engine crew takes on water four times and will take on coal only once. Throughout the day the fireman will maintain a steady, hot fire, adequate steam pressure, and a safe water level in the boiler. 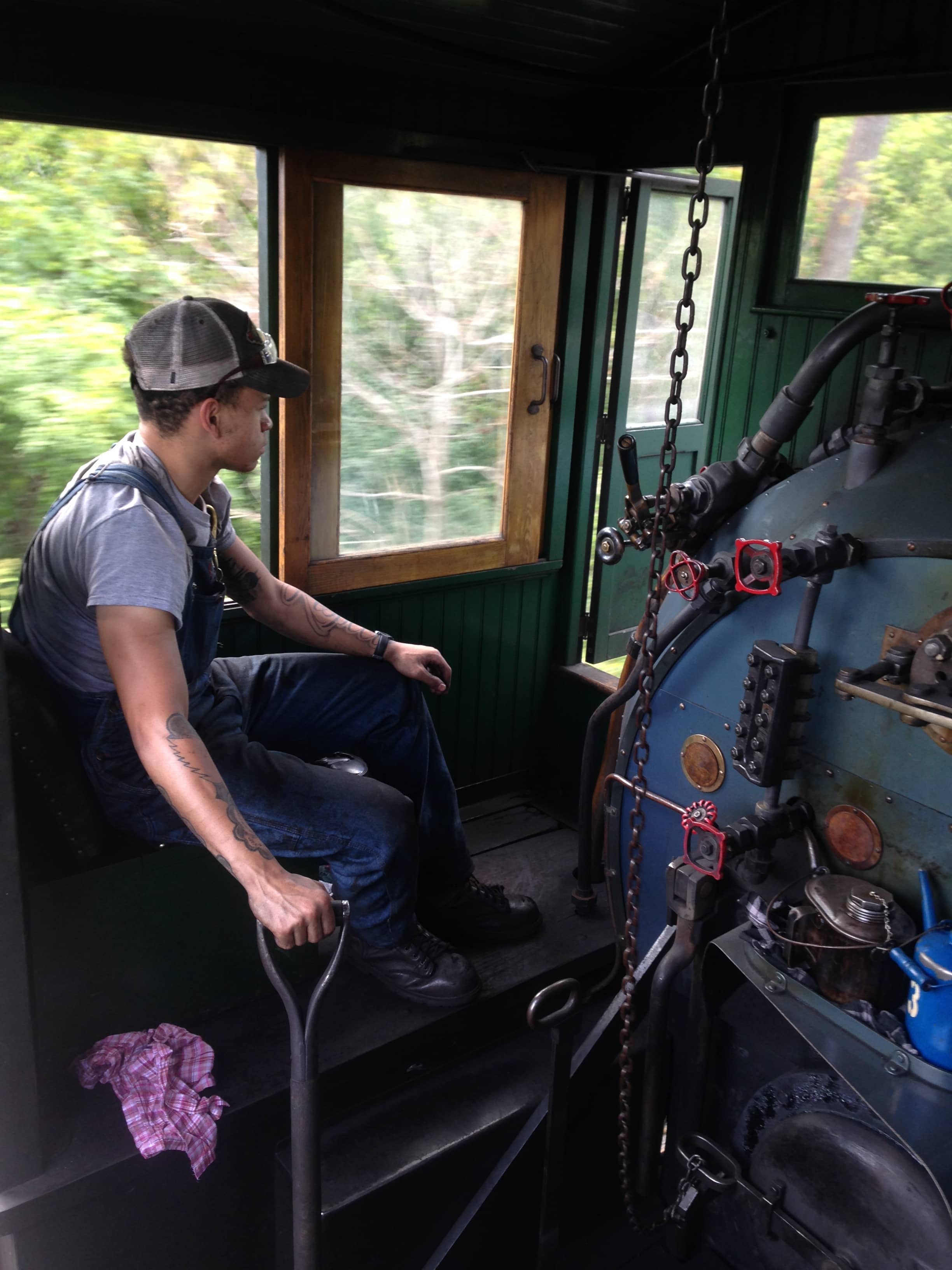 The engineer will replenish oil and grease to important components of the locomotive, as well as ensure a safe and comfortable ride to our passengers.

Meanwhile, back at the shop, our mechanical department will perform various duties to keep the railroad up and running. 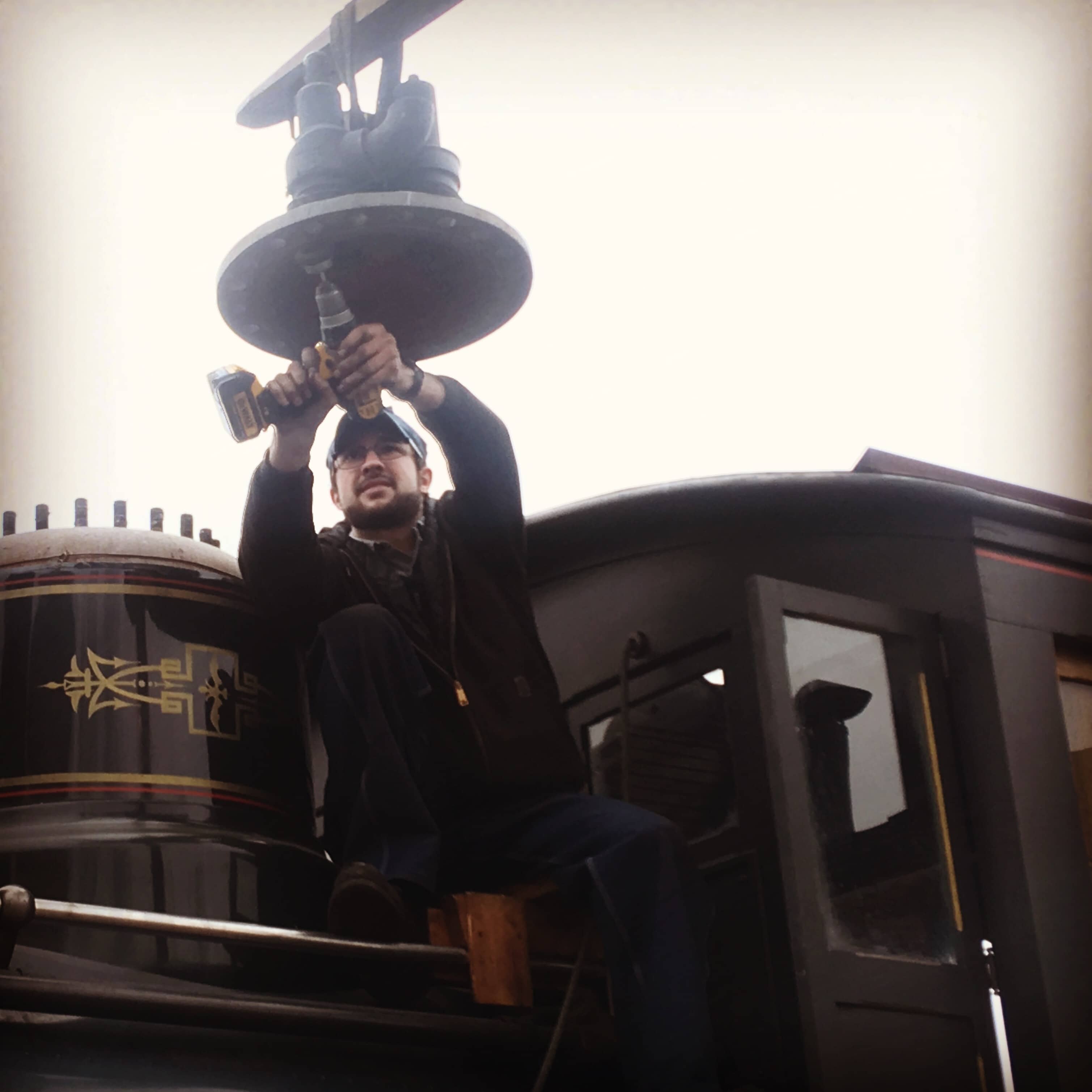 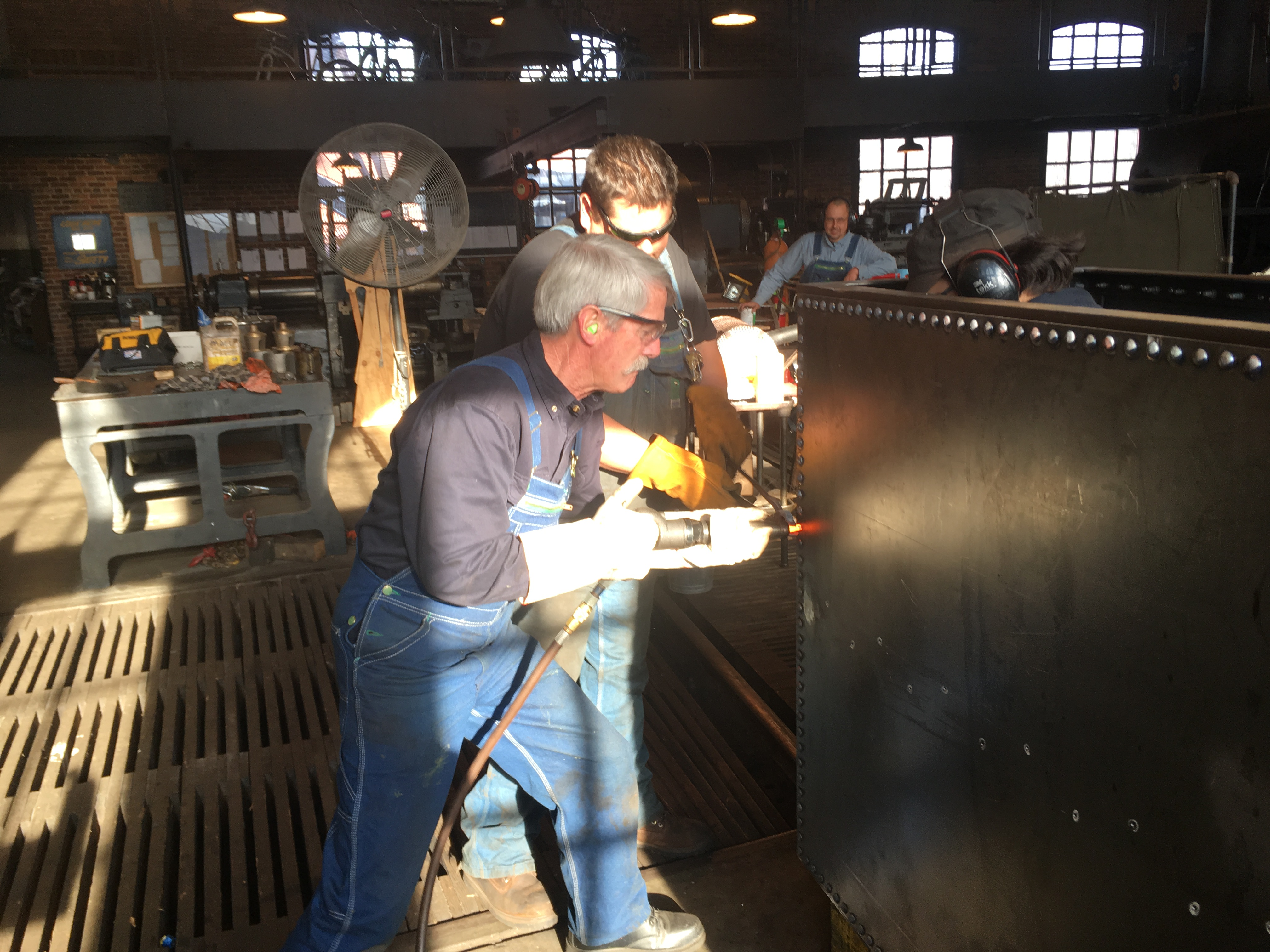 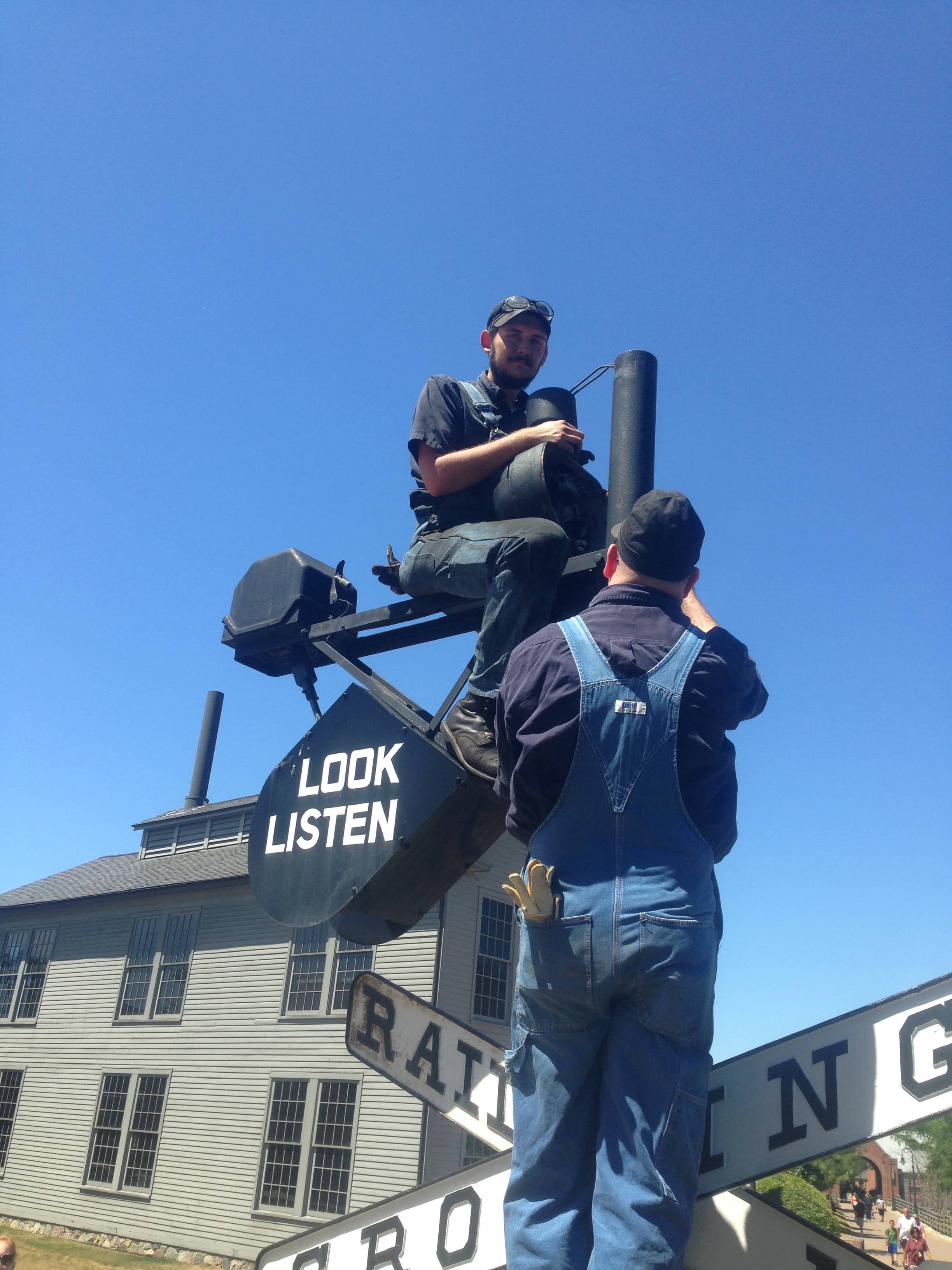 These duties include rebuilding spare parts, manufacturing new parts, boiler washes, boiler water testing, and disposing of dumped ash; just to name a few. Like we said, there is never a shortage of work to be done at the roundhouse.

As the day ends, the train pulls into Firestone station at 5:00 pm to unload the last of its passengers. This signals the end of the day for regular train service; however, there is still much to do for railroad operations. The train crew will back the train from Firestone station to near the roundhouse. They will park the passenger cars for the night and turn the locomotive over to the evening mechanics, also known as hostlers. The locomotive will be run back to the roundhouse where it will receive a thorough inspection, a good wiping, and any repairs that need to be made. 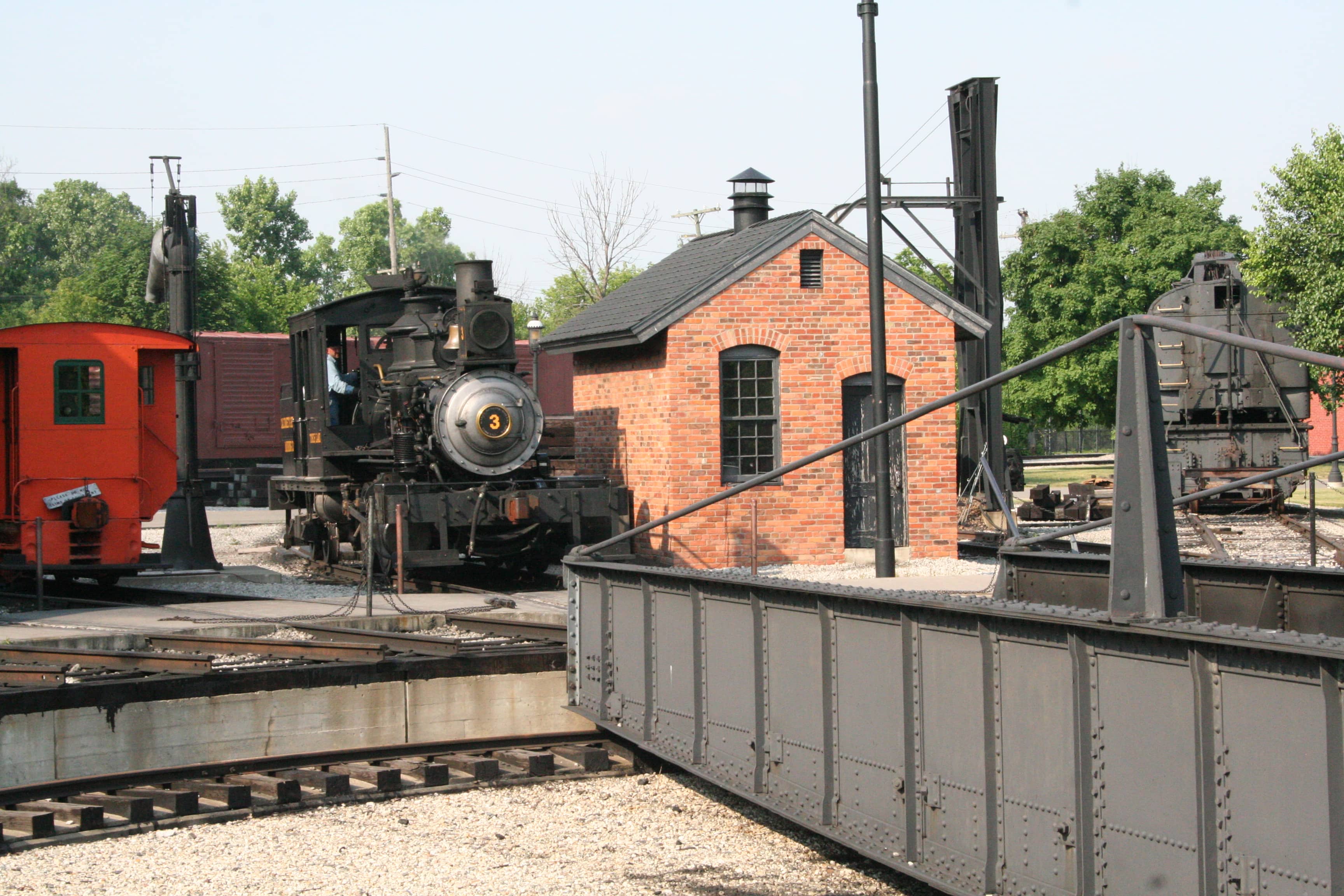 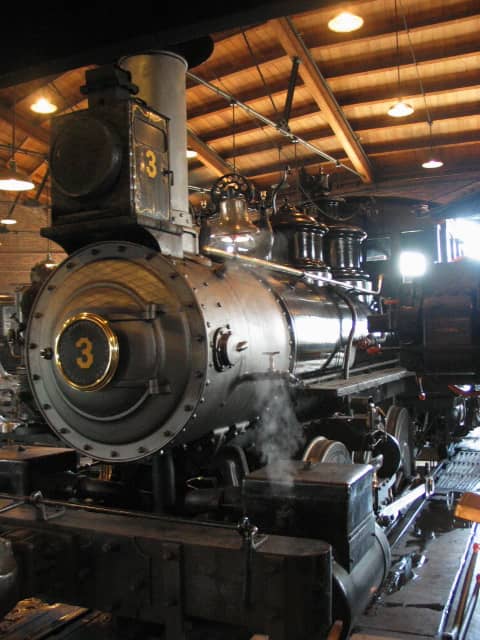 Finally, the engine will be parked next to the roundhouse on the washing rack. Its boiler will be topped off with water and a large mound of coal, known as a bank, will be shoveled into the firebox. With the smokestack nearly capped, allowing only a small amount of smoke to escape, the bank will slowly burn overnight, maintaining a small amount heat in the boiler. The evening hostlers normally finish their day at 6:30 in the evening. However, this can be much later depending on the extent of needed evening repairs; every day on the railroad can lead to something new. 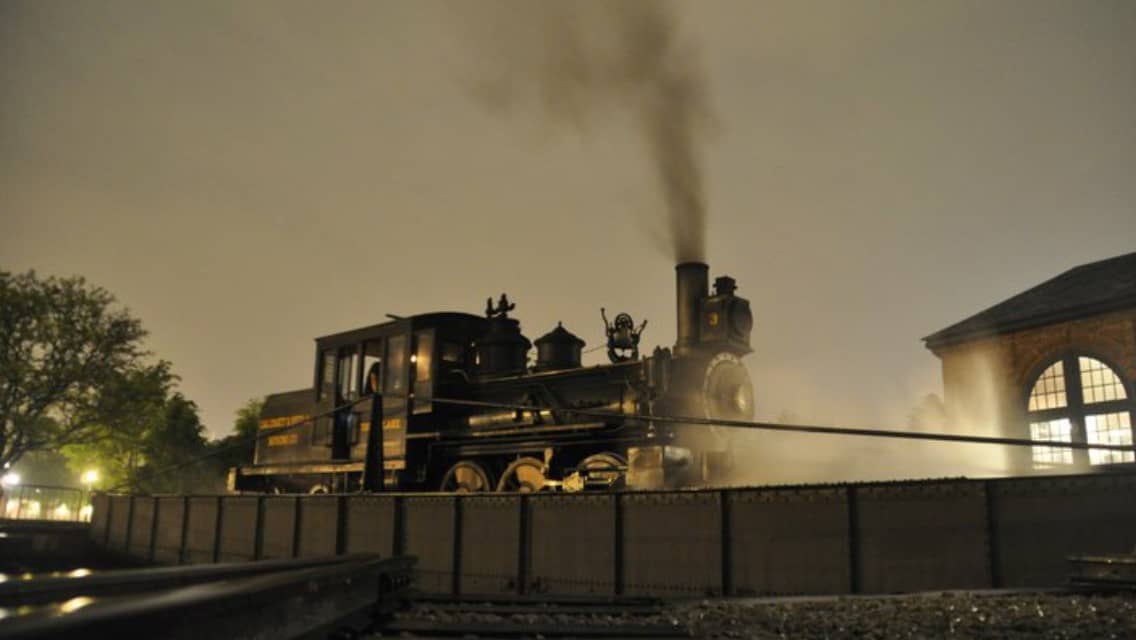 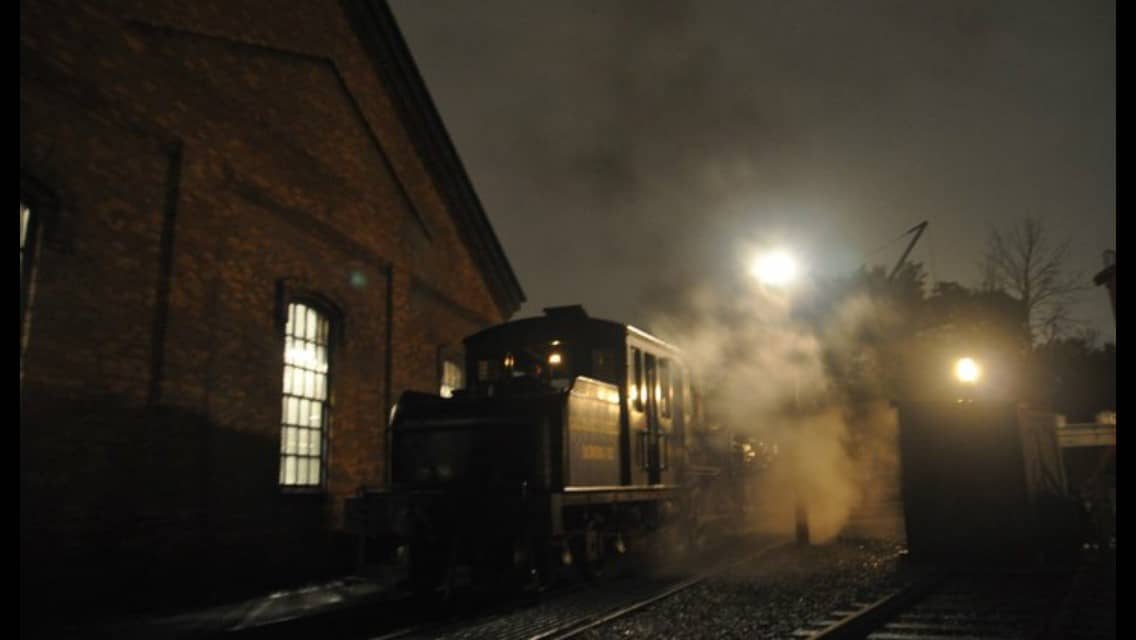