“Marvel: Universe of Super Heroes” — Insights from Our Own Marvel Fans 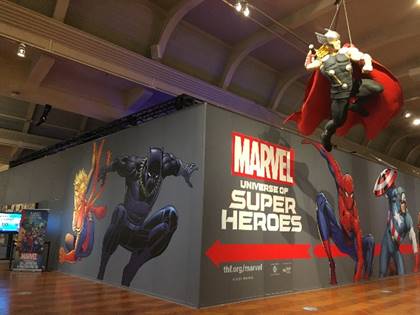 Entrance to the exhibition in Henry Ford Museum of American Innovation.

We curators love to show off our expertise in these blog posts—with knowledge we’ve gained from books and articles and stories we’ve gleaned from our own collections. But one thing we often forget to do is to invite opinions from other staff members. As an avid comic book fan, I have written several blog posts about comic books—about my own favorites, the censorship wars of the 1950s, and how you can tell the difference between DC and Marvel superheroes.

When it came time to reflect upon the Marvel: Universe of Super Heroes exhibition currently at Henry Ford Museum of American Innovation, I suggested we talk to other Marvel fans who work here. They could be like ambassadors, I proposed, both for Marvel devotees and for those who are new to the Marvel Universe. What did these fans on our staff like best? What do they think other people shouldn’t miss? Below are their responses to questions I posed to them. And don’t be surprised if you find a few opinions of my own in here. Sorry. I couldn’t help it! 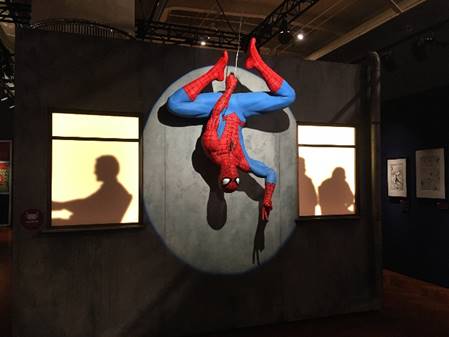 Kate Morland is our Exhibits Manager. Although she loved Archie comics as a kid, it was the movies that first interested her in the Marvel franchise. The Spider-Man movie from 2002 was her first Marvel movie. She loved Tobey Maguire as Peter Parker and Kirsten Dunst as Mary Jane Watson. As a teenager herself at the time, she found Spider-Man relatable as a peer. Over the years, she’s broadened her interest through the different movies. Recently, she’s grown to love Guardians of the Galaxy, as she’s come to appreciate humor in tense situations. For that reason, Goose, the Flerken/cat, is another favorite! 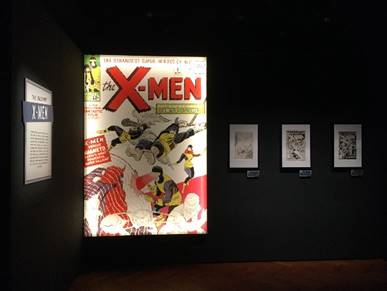 X-Men section of the exhibition.

Tim Johnson is our long-time Program Leader in Talent & Culture. He got “hooked” on Marvel through the comic books. His best friend is a massive comic book collector and got him hooked after college. As his friend tired of Tim giving him grief about his own love of “funny books,” he made Tim a bet that he would change his view after reading Watchmen by Alan Moore. He was right. After reading that series, Tim jumped into X-Men. Over time, he has continued to love a wide array of superheroes, especially the antiheroes and “gray hats” (that is, those who are not naturally “white hat” heroes--Wolverine, Punisher, and Gambit would all qualify as Gray Hats). He prefers the antiheroes because being heroic and doing the right thing doesn’t come naturally to them. That’s his “beef” about Superman (the original superhero from that other company, DC)—very little struggle with his conscience! He just naturally always did the right thing.

Melissa Foster is our Senior Manager, Public Relations, Media & Studio Productions Department. Her love for Marvel has been a “slow burn”—in a good way! She’s seen every Marvel movie—including the 2002 Spider-Man and the X-Men movies. Some are better than others, she says, but when Marvel Studios set its focus back on the Avengers, that’s really when her level of interest changed.

What started out as a general interest in the movies flourished, thanks to one of her friends, who is a giant comic enthusiast and gave her more insight into the bigger Marvel Universe and the stories behind the characters. Seeing how innovative Marvel really is when it came to stories of diversity, and making their heroes relatable beyond the big screen, changed her from an occasional enthusiast to a person who owns Marvel TOMS (i.e. casual footwear featuring images of popular Marvel characters and scenes), pays for a subscription to Disney+ so she can watch their content, and is an avid reader of their comics. The movie that really made her say, “Wow!” was Captain Marvel. She loved watching a female superhero who didn’t have a love interest on the screen—and just was a total powerhouse. To Melissa, Captain Marvel is the most powerful Avenger. She’s so happy that this female superhero is represented in the exhibition.

For me (Donna), it has always been about the comic books, which is where I started my interest back in the early 1970s. Like Kate, I found Spider-Man relatable too. Like Tim, once I discovered Marvel, I thought Superman was totally one-dimensional. And I also first learned about Marvel from my best friend.

And now, on to the questions…

Q: What were the most memorable parts of the exhibit to you? Why? 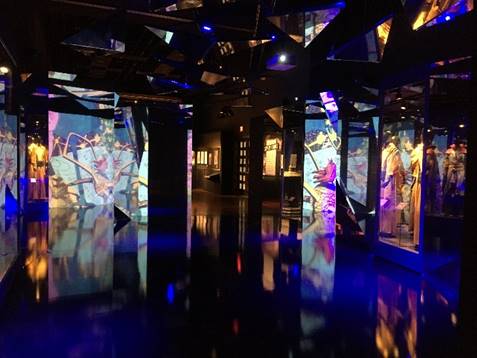 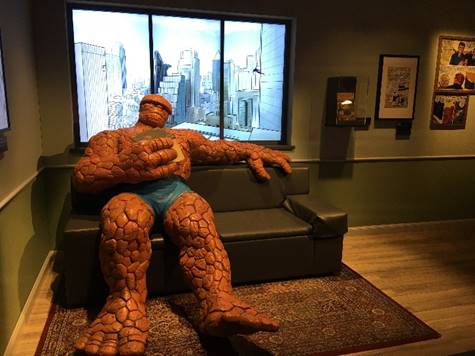 Photo op with The Thing.

Q: What is your single favorite object or feature in the exhibit? Why? 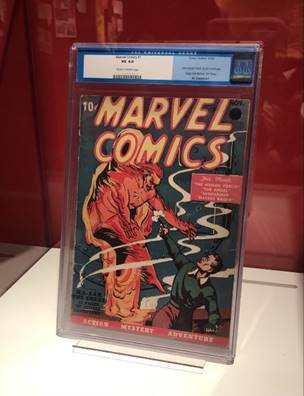 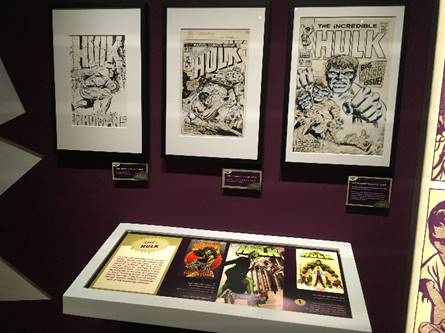 Q: If you were to describe the exhibit to someone who is new to Marvel, how might you describe it? 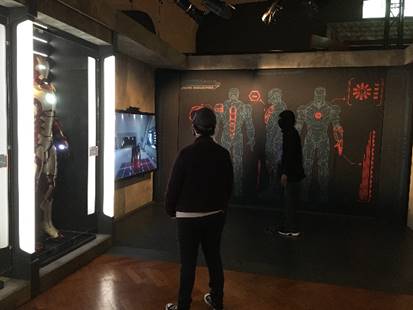 Q: What should they not miss? 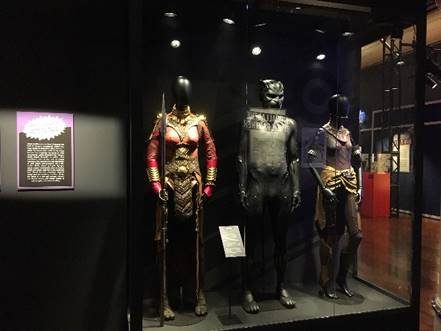 Costumes from the Black Panther film.

Q: Is there anything else you would like to add?

So…there you have it! Thanks, Kate, Tim, and Melissa! We hope this little fan exchange has whetted your appetite to see—or return to see—the Marvel: Universe of Super Heroes exhibition before it closes at the end of January 2021. And no doubt you have—or will have—stories of your own to tell!


Donna R. Braden is Senior Curator and Curator of Public Life at The Henry Ford. Check out these links for her previous blogposts related to comic books: “Hooked on Comic Books,” “Comic Books Under Attack,” and “Battle of the Superheroes.” All photographs courtesy of Caroline Braden.