Mowtron: The Mower That “Mows While You Doze”

Lawn care takes commitment. Implements designed to reduce the time required to improve a lawn's appearance hit the commercial market during the mid-1800s. Push-powered lawn mowers in a variety of configurations from that era gave way to motorized models, with riding mowers gaining popularity in the 1950s. (For more on the evolution of lawn mowers, check out this expert set.) The American Marketing and Sales Company (AMSC) went one step further in the 1970s. AMSC’s autonomous Mowtron mower, the company proclaimed, “Mows While You Doze.” 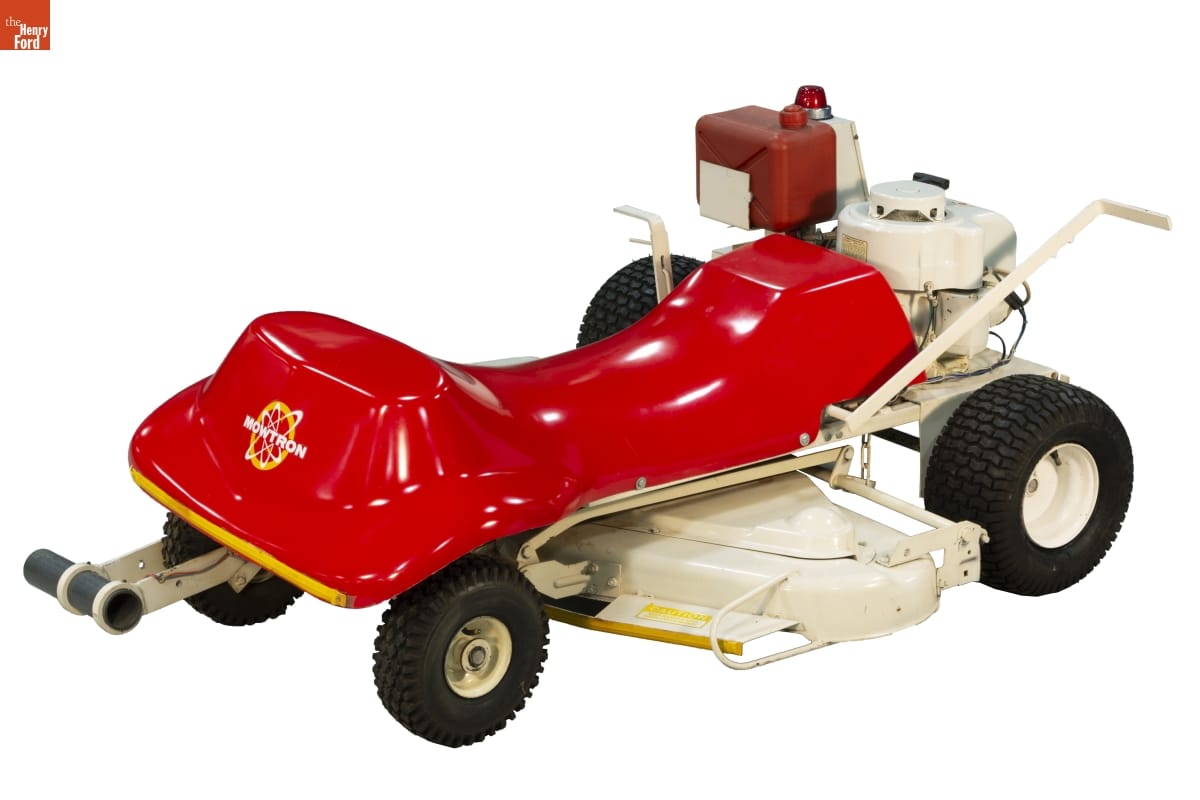 AMSC released the futuristic mower, invented in 1969 by a man named Tyrous Ward, in Georgia in 1971. Its designers retained the familiar form of a riding mower, even incorporating a fiberglass “seat”—though no rider was needed. But Mowtron’s sleek, modern lines and atomic motif symbolized a new day in lawn care.

If the look of the mower promised a future with manicured lawns that required minimal human intervention, Mowtron’s underground guidance system delivered on that promise. Buried copper wire, laid in a predetermined pattern, operated as a closed electrical circuit when linked to an isolation transformer. This transistorized system directed the self-propelled, gasoline-powered mower, which, once started, could mow independently and then return to the garage.

AMSC understood that despite offering the ultimate in convenience, Mowtron would be a tough sell. To help convince skeptical consumers to adopt an unfamiliar technology, the company outfitted Mowtron with safety features, such as sensitized bumpers that stopped the mower when it touched an obstacle, and armed its sales force with explanatory material.

Mowtron’s market expanded from Georgia throughout the early 1970s. The Mowtron equipment and related materials in The Henry Ford’s collection belonged to Hubert Wenzel, who worked as a licensed Mowtron dealer as a side job. Wenzel had two Mowtron systems: he displayed one at lawn and garden shows and installed another as the family mower at his homes in New Jersey and Indiana. Wenzel’s daughter recalled cars stopping on the side of the road to watch whenever it was out mowing the lawn. 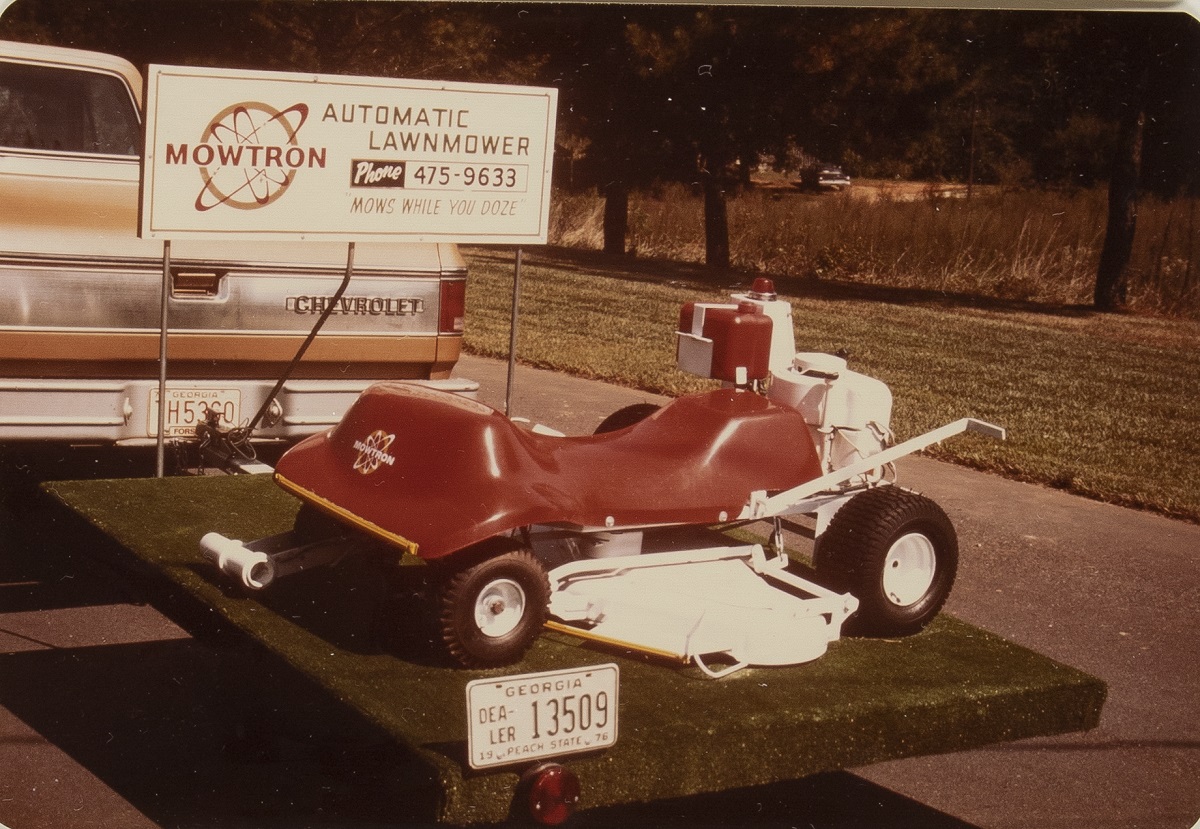 Mowtron sales were never brisk—in fact, Hubert Wenzel never sold a mower—but company records show that the customers willing to try the new technology appreciated Mowtron’s styling, convenience, and potential cost savings. One owner compared her mower to a sleek Italian sports car. Another expressed pleasure at the ease of starting the mower before work and returning home to a fresh-cut yard. And one customer figured his savings in lawn care costs would pay for the machine in two years (Mowtron retailed at around $1,000 in 1974, including installation).

Despite its limited commercial success, the idea behind Mowtron had staying power. Today, manufacturers offer autonomous mowers in new configurations that offer the same promise: lawn care at the push of a button. (Discover one modern-day entrepreneur’s story on our YouTube channel.)