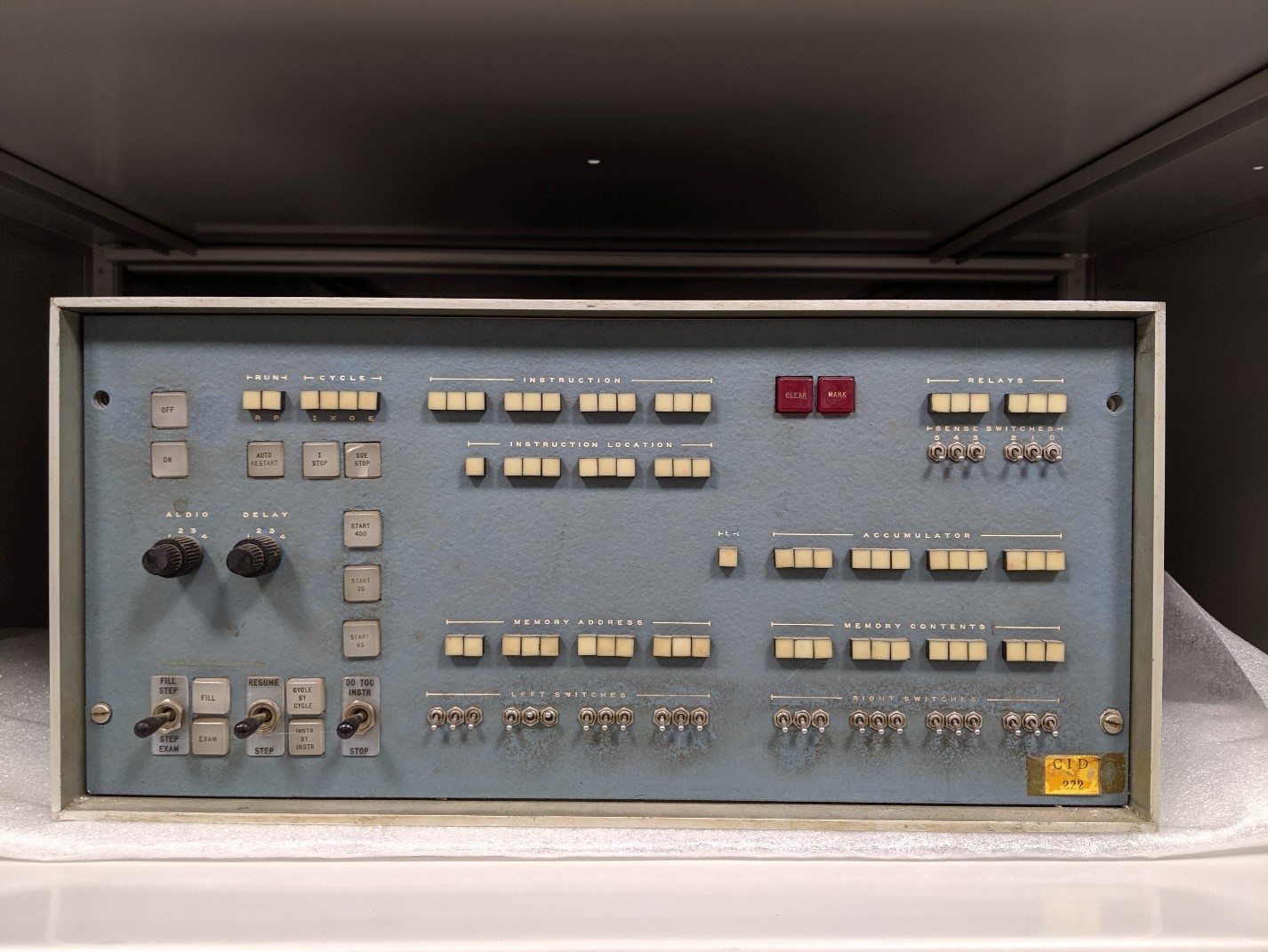 A LINC console built by Jerry Cox at the Central Institute for the Deaf, 1964.

There are many opinions about which device should be awarded the title of "the first personal computer." Contenders range from the well-known to the relatively obscure: the Kenbak-1 (1971), Micral N (1973), Xerox Alto (1973), Altair 8800 (1974), Apple 1 (1976), and a few other rarities that failed to reach market saturation. The "Laboratory INstrument Computer" (aka the LINC) is also counted among this group of "firsts." Two original examples of the main console for the LINC are now part of The Henry Ford's collection of computing history.

The LINC is an early transistorized computer designed for use in medical and scientific laboratories, created in the early-1960s at the MIT Lincoln Laboratory by Wesley A. Clark with Charles Molnar. It was one of the first machines that made it possible for individual researchers to sit in front of a computer in their own lab with a keyboard and screen in front of them. Researchers could directly program and receive instant visual feedback without the need to deal with punch cards or massive timeshare systems.

These features of the LINC certainly make a case for its illustrious position in the annals of personal computing history. For a computer to be considered "personal," the device must have had a keyboard, monitor, data storage, and ports for peripherals. The computer had to be a stand-alone device, and above all, it had to be intended for use by individuals, rather than the large "timeshare" systems often found in universities and large corporations. 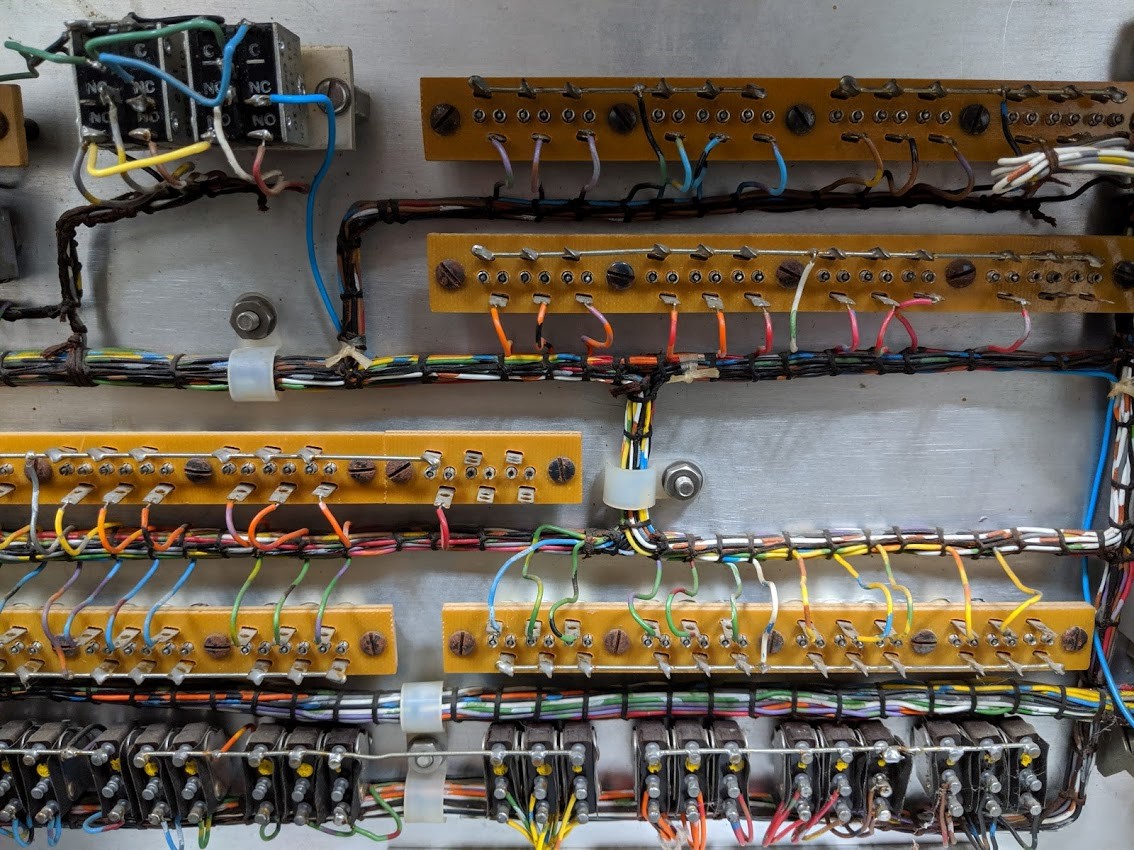 The inside of a LINC console, showing a network of hand-wired and assembled components.

Prototyping
In 1961, Clark disappeared from the Lincoln Lab for three weeks and returned with a LINC prototype to show his managers. His ideal vision for the machine was centered on user friendliness. Clark wanted his machine to cost less than $25,000, which was the threshold a typical lab director could spend without needing higher approval. Unfortunately, Clark’s budget goal wasn’t reached—when commercially released in 1964, each full unit cost $43,000 dollars.

The first twelve LINCs were assembled in the summer of 1963 and placed in biomedical research labs across the country as part of a National Institute of Health-sponsored evaluation program. The future owners of the machines—known as the LINC Evaluation Program—travelled to MIT to take part in a one-month intensive training workshop where they would learn to build and maintain the computer themselves.

Once home, the flagship group of scientists, biologists, and medical researchers used this new technology to do things like interpret real-time data from EEG tests, measure nervous system signals and blood flow in the brain, and to collect date from acoustic tests. Experiments with early medical chatbots and medical analysis also happened on the LINC.

In 1964, a computer scientist named Jerry Cox arranged for the core LINC team to move from MIT to his newly formed Biomedical Computing Laboratory at Washington University at St. Louis. The two devices in The Henry Ford's recent acquisition were built in 1963 by Cox himself while he was working at the Central Institute for the Deaf. Cox was part of the original LINC Evaluation Board and received the "spare parts" leftover from the summer workshop directly from Wesley Clark. 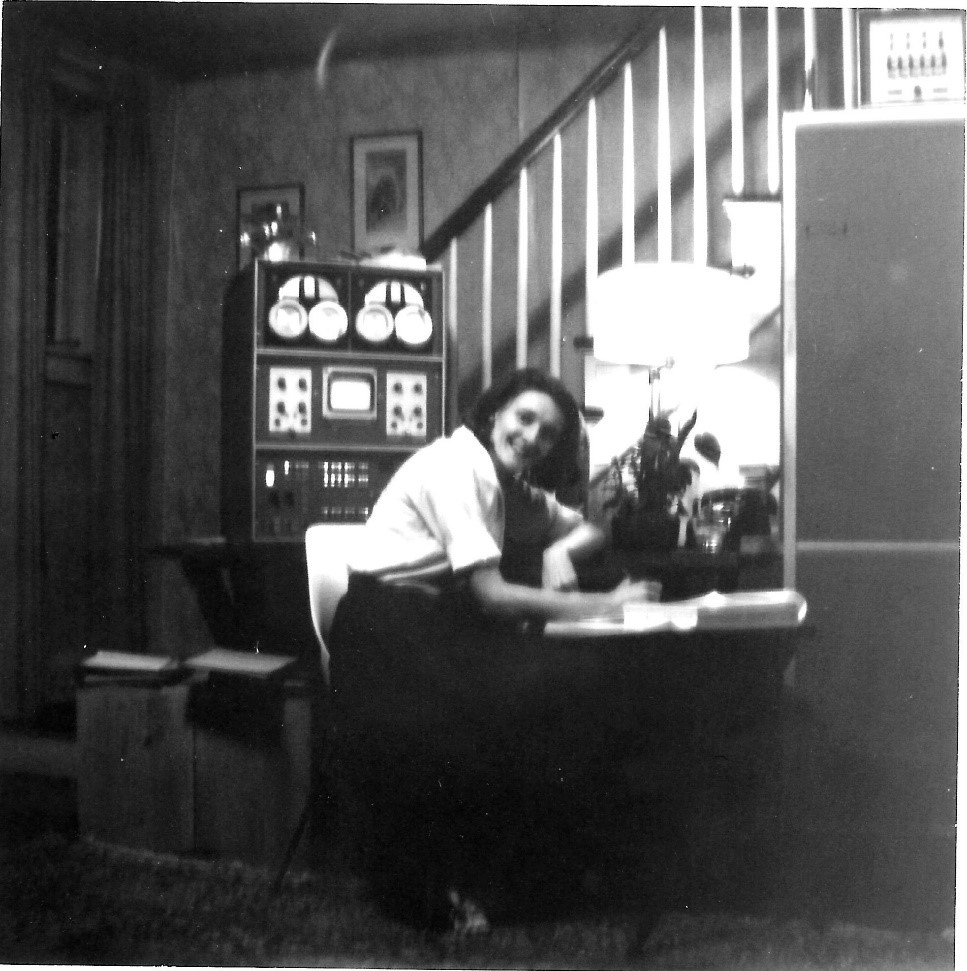 Mary Allen Wilkes and her LINC "home computer." In addition to the main console, the LINC’s modular options included dual tape drives, an expanded register display, and an oscilloscope interface. Image courtesy of Rex B. Wilkes.

Mary Allen Wilkes
Mary Allen Wilkes made important contributions to the operating system for the LINC. After graduating from Wellesley College in 1960, Wilkes showed up at MIT to inquire about jobs and walked away with a position as a computer programmer. She translated her interest in “symbolic logic” philosophy into computer-based logic. Wilkes was assigned to the LINC project during its prototype phase and created the computer's Assembly Program. This allowed people to do things like create computer-aided medical analyses and design medical chatbots.  In 1964, when the LINC project moved from MIT to the Washington University in St. Louis, rather than relocate, Wilkes chose to finish her programming on a LINC that she took home to her parent’s living room in Baltimore. Technically, you could say Wilkes was one of the first people in the world to have a personal computer in her own home. 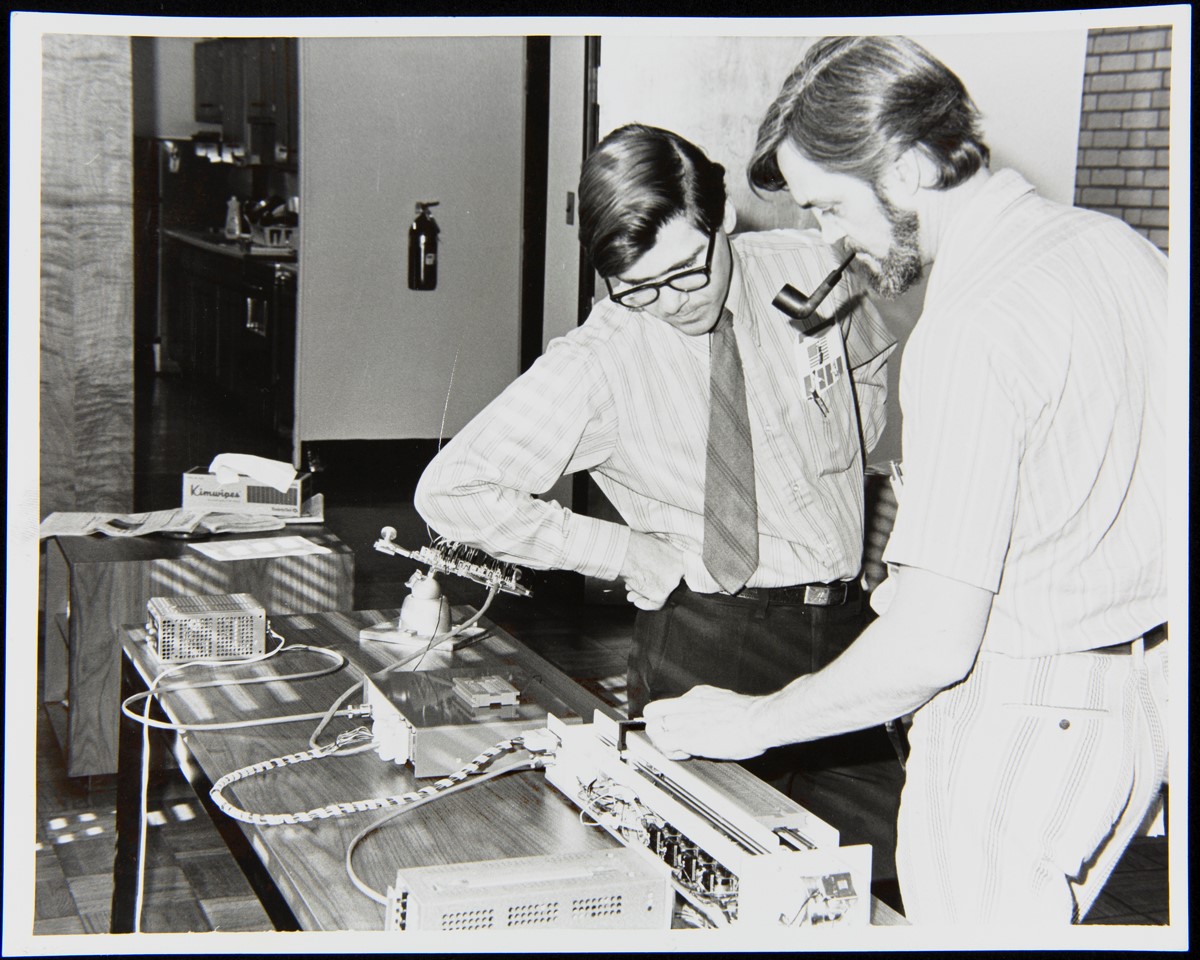 Wesley Clark (left) and Bob Arnzen (right) with the "TOWTMTEWP" computer, circa 1972.

Wesley Clark
Wesley Clark's contributions to the history of computing began much earlier, in 1952, when he launched his career at the MIT Lincoln Laboratory. There, he worked as part of the Project Whirlwind team—the first real time digital computer, created as a flight simulator for the US Navy. At the Lincoln Lab, he also helped create the first fully transistorized computer, the TX-0, and was chief architect for the TX-2.

Throughout his career, Clark demonstrated an interest in helping to advance the interface capabilities between human and machine, while also dabbling in early artificial intelligence. In 2017, The Henry Ford acquired another one of Clark's inventions called "The Only Working Turing Machine There Ever Was Probably" (aka the "TOWTMTEWP")—a delightfully quirky machine that was meant to demonstrate basic computing theory for Clark's students.

Whether it was the “actual first” or not, it is undeniable that the LINC represents a philosophical shift as one of the world’s first “user friendly” interactive minicomputers with consolidated interfaces that took up a small footprint. Addressing the “first” argument, Clark once said: "What excited us was not just the idea of a personal computer. It was the promise of a new departure from what everyone else seemed to think computers were all about."