Our 1949 Mercury by George Barris, King of Kustomizers 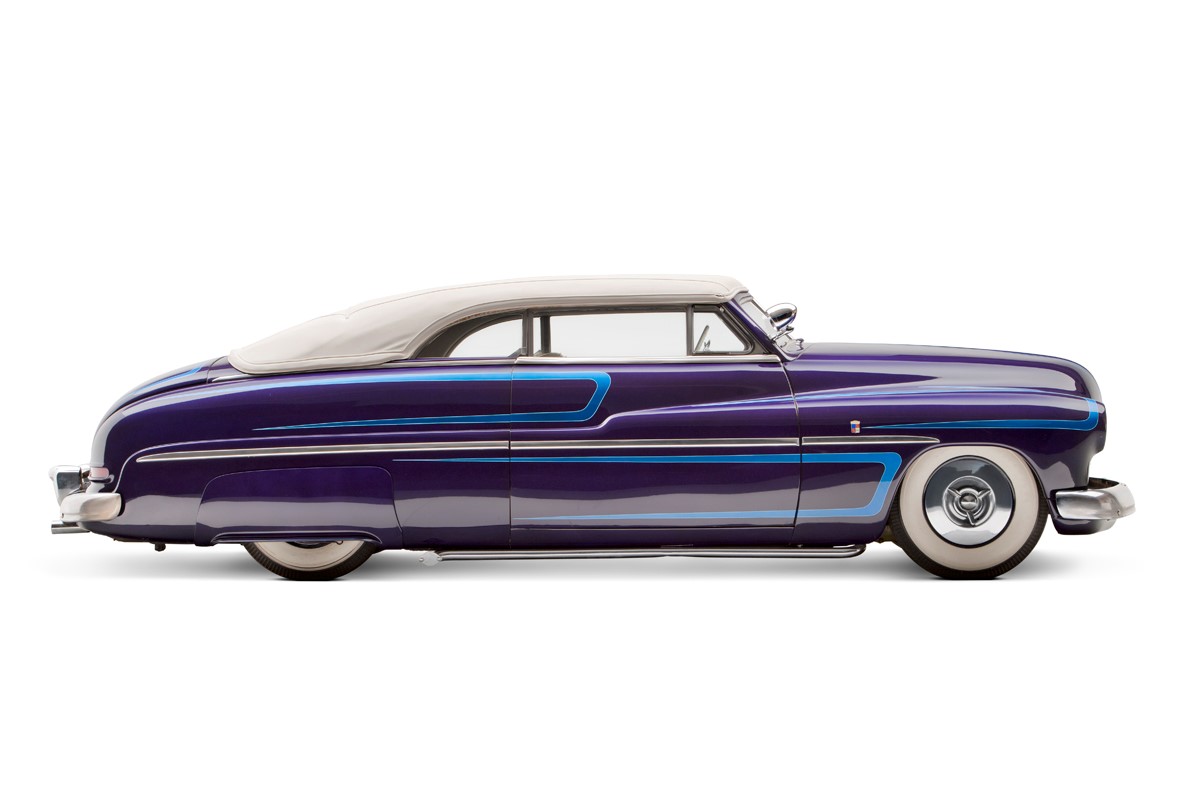 Few names loom as large in the world of custom cars as that of George Barris. Mr. Barris, who passed away last November, will forever be associated with the many television and movie cars built by his Los Angeles shop – none more famous than the 1966 Batmobile, adapted from the 1955 Lincoln Futura concept car. But these high-profile cars were just one part of his work. Before Hollywood came knocking, George and his brother Sam had already built a reputation for their imaginative work with other cars, particularly the 1949-1951 Mercury models so loved by first-generation customizers. Indeed, just months before George Barris’s death, several Barris Mercurys were featured at the 2015 Pebble Beach Concours d’Elegance.

We are fortunate to have a Barris Mercury custom – or “kustom,” as Barris invariably spelled it – in the collections of The Henry Ford. Our 1949 Mercury features a chopped windshield; a padded, removable Carson top; frenched headlights and taillights; dechromed surfaces; and prominent “Barris” crests on the front fenders. For a Barris job of the 1950s, the modifications are mild, but sometimes less is more. The color is a deep metalflake purple, with lavender scallops. The scheme continues in the interior, upholstered in purple and white. In the “anything goes” spirit of the custom car hobby, there’s even a little Chevrolet in our Merc – the grille is out of a 1957 Corvette. 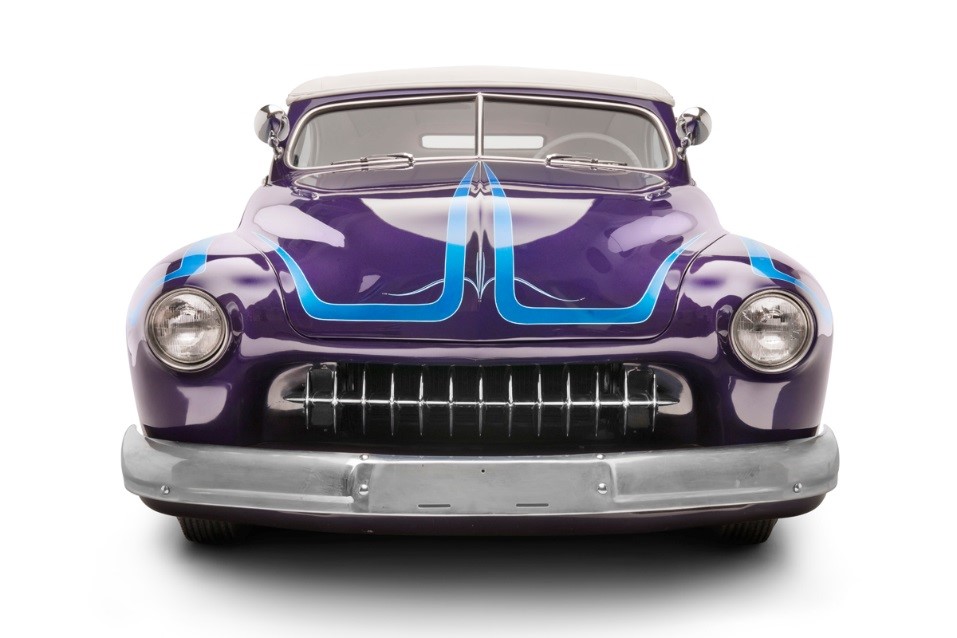 Our Barris ’49 Mercury isn’t all Blue Oval. There’s a bit of Bow Tie in that grille.

The 1949-1951 Mercurys, in stock form, were styled a bit behind the times. Their fenders and small windows looked dated next to other postwar cars – especially alongside their sister 1949 Fords. But those old lines appealed to southern California customizers. Lower the roof and suspension, and you turned a staid sedan into a head-turning – almost intimidating – street machine. Mercury customizers were also fond of removing chrome (famously excessive on production cars of that era), substituting parts from other cars, and applying deep, dark paints to the dramatic bodies. Radical or outlandish modifications hadn’t yet caught on in the field. Customizers essentially tweaked their cars to bring out a natural beauty that they already saw.

Our Mercury, then, is a classic example of these influential custom cars. It’s the perfect symbol for the customizer’s craft in Driving America, and a fitting tribute to one of the best-known “kustomizers” in the business.