Quinceañera: A Rite of Passage

A 15th birthday is very special for many young women in Hispanic culture. Quinceañera, Spanish for “15 years,” marks her passage from girlhood to womanhood. Both a religious and a social event, quinceañera emphasizes the importance of family and community in the life of a young woman. 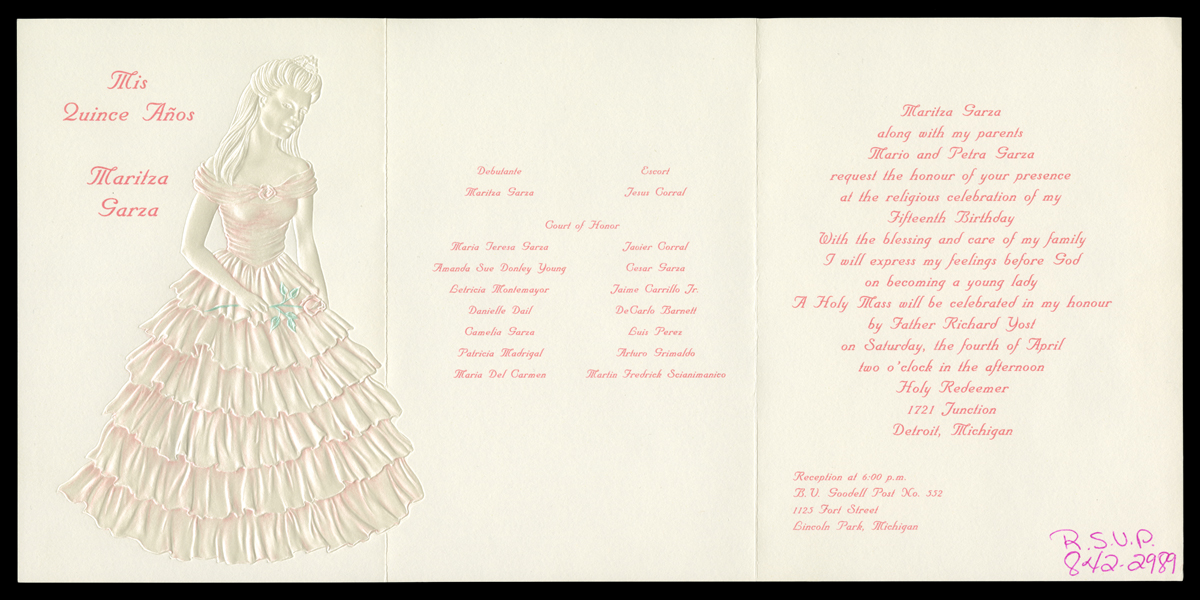 Historically, the quinceañera signified that a girl—having been taught skills like cooking, weaving, and childcare—was ready for marriage. The modern celebration is more likely to signal the beginning of formal dating. Today, the custom of quinceañera remains strongest in Mexico, where it likely originated. It is also celebrated not only in the United States, but also in Spanish-speaking countries in the Americas. 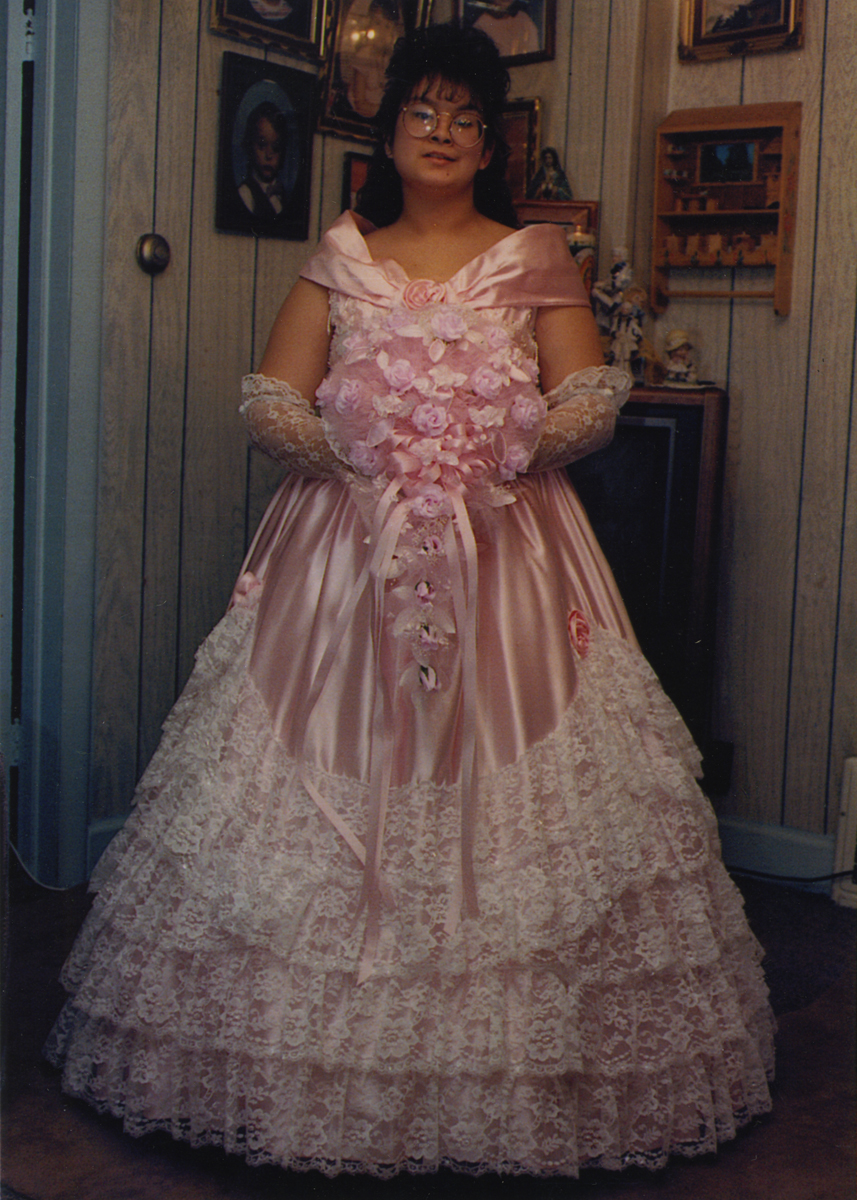 Maritza Garza in her formal quinceañera gown. She selected a dress in a traditional pastel color, pink, purchasing it at a local bridal shop in Detroit. / THF91665 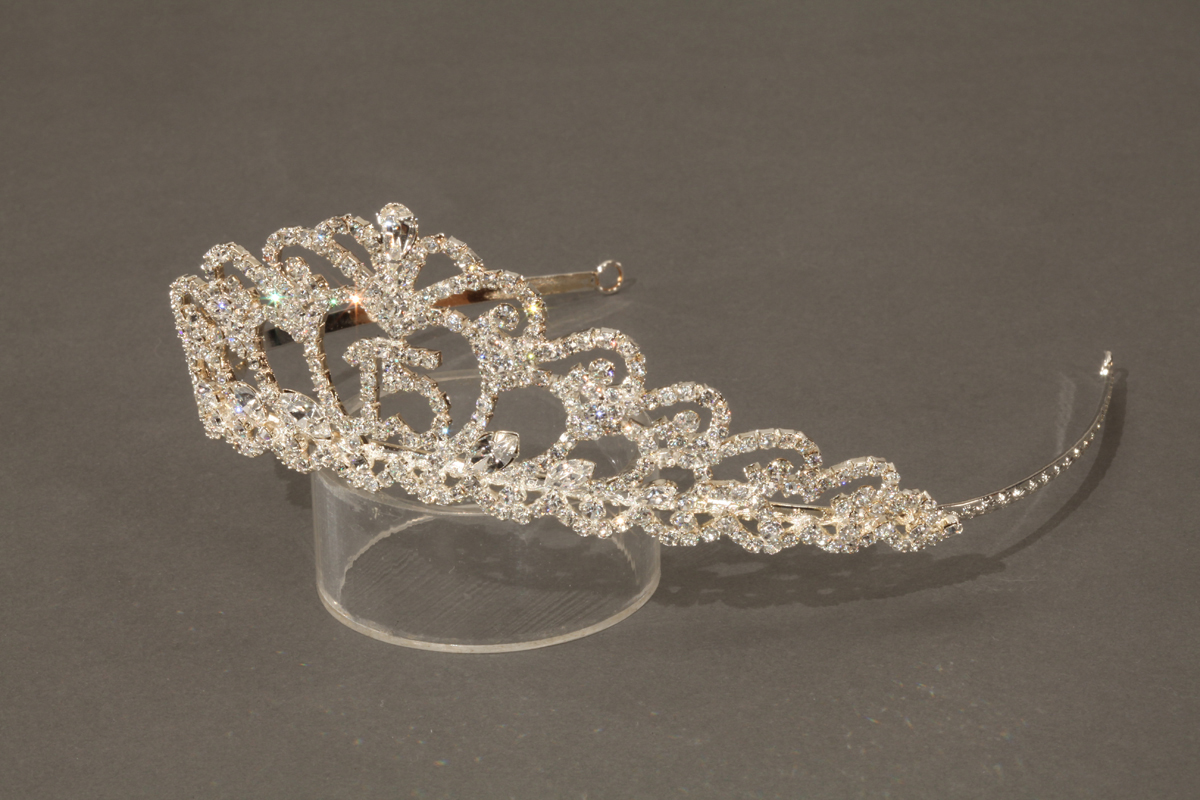 An occasion shared with family and friends, the celebration is as elaborate as the family’s wishes and budget allow. The honoree wears a formal gown, along with a tiara or other hair ornament. The oldest tradition was a white dress, with other conventional choices being light pink, blue, or yellow. Now, quinceañera dresses come in many shades—from pastels to darker hues. 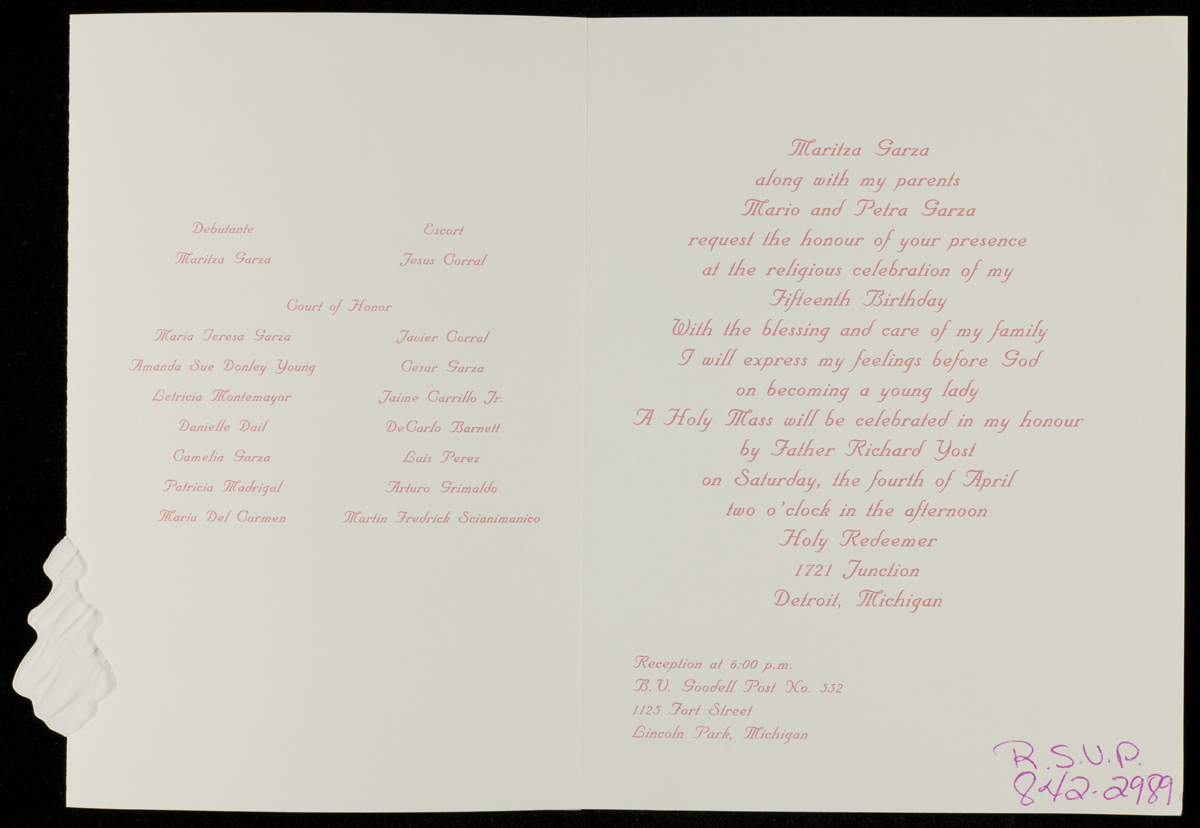 A “court” of family and friends help her celebrate her special day—the young women wear dresses that match and the young men don tuxedos. 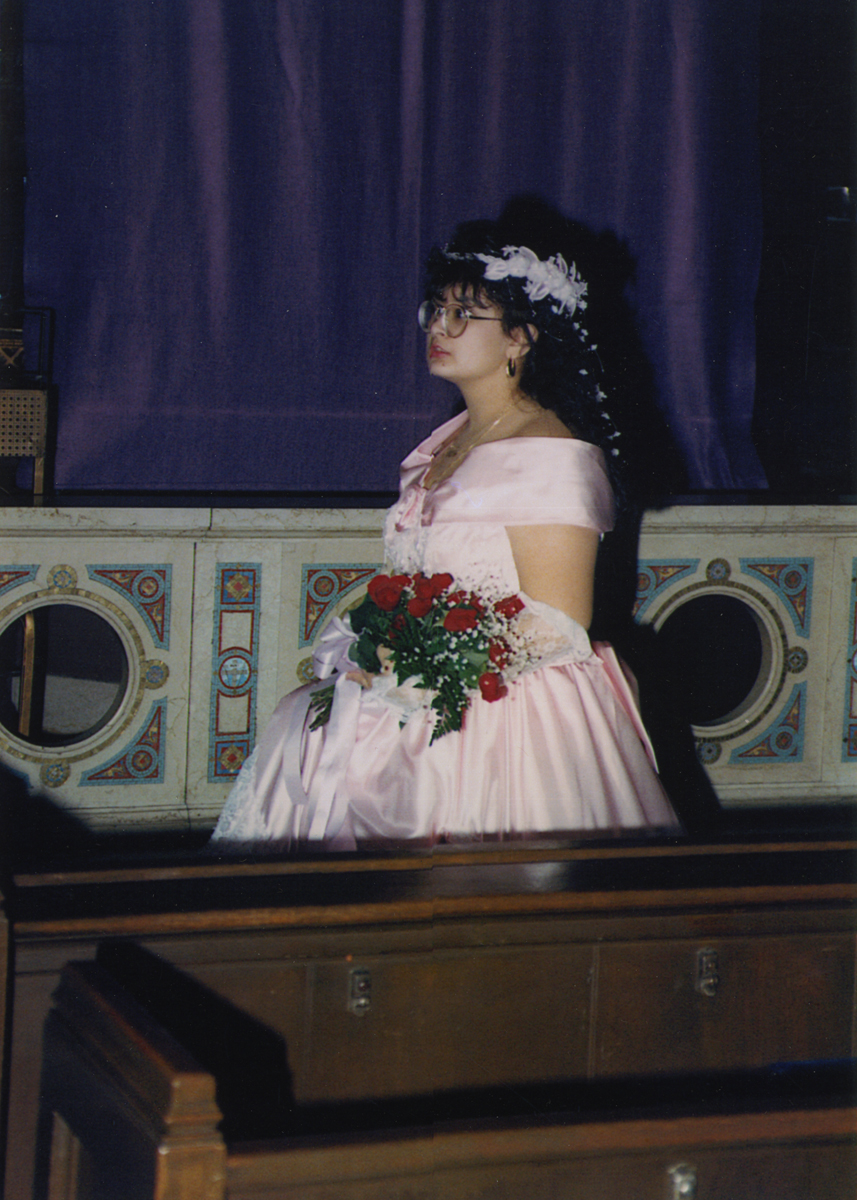 Maritza Garza during her quinceañera mass at Most Holy Redeemer Catholic Church in April 1992. Holy Redeemer is located in the heart of Detroit’s Mexicantown neighborhood. Here, masses have been offered in Spanish since 1960 for the Mexican American congregation. / THF91666

A quinceañera begins with a religious service at a Catholic church. Then comes a party with food and dancing. Dancing at the “quince” traditionally includes a choreographed waltz-type dance—one of the highlights of the evening. Toasts are often offered. Sometimes, the cutting of a fancy cake takes place. Symbolic ceremonies at this celebration may include swapping out the honoree’s flat shoes for high heels, slipped onto her feet by her father or parental figure. 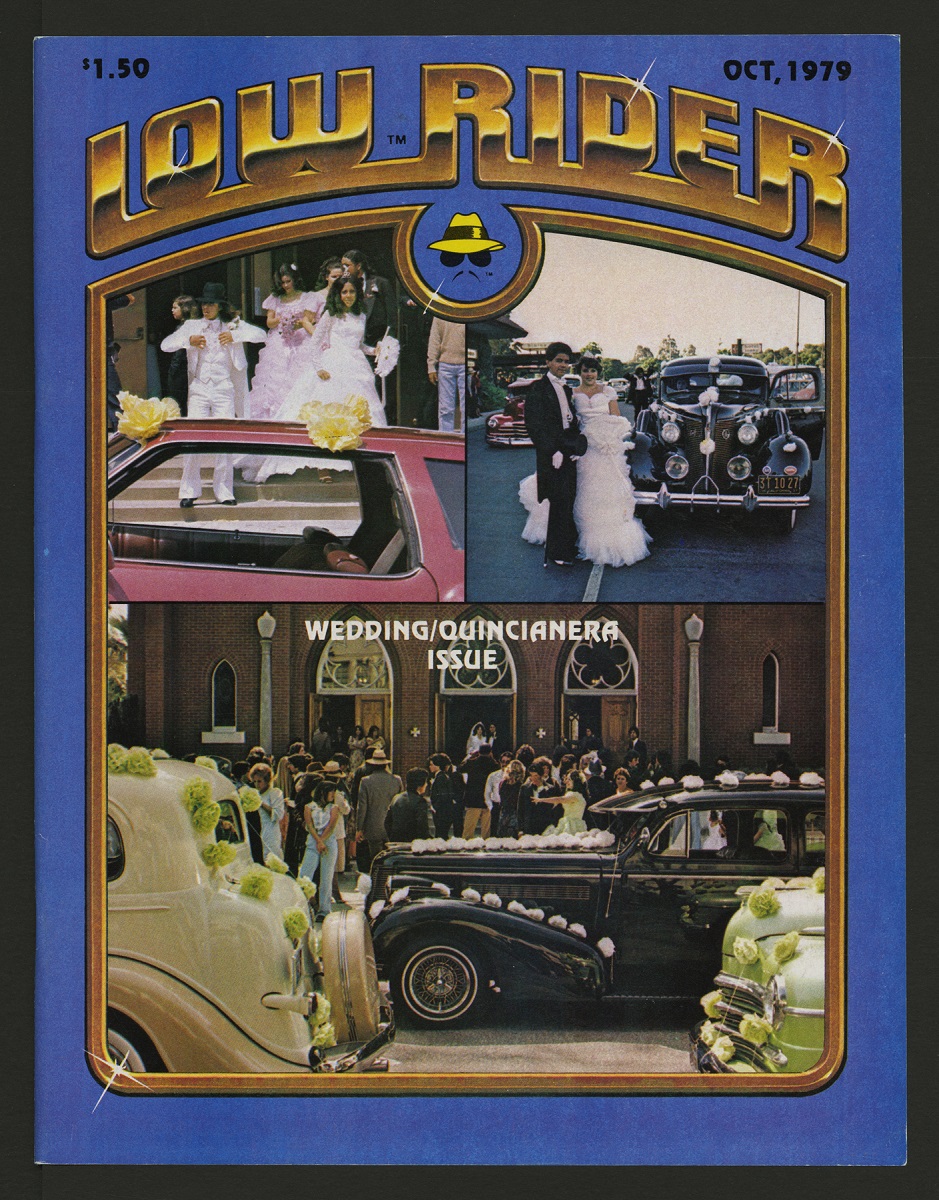 Quinceañera celebrations may also include a ride in a lowrider. Arising from Mexican American culture, lowriders are customized family-size cars with street-scraping suspensions and ornamental paint. / THF104135

Some girls choose to celebrate their 15th birthday in a less traditional way, perhaps with a trip abroad. Like other celebrations and rites of passage, quinceañera traditions continue to evolve.

Traditional or non-traditional, a quinceañera celebration makes a young woman feel special as she continues her journey to adulthood.