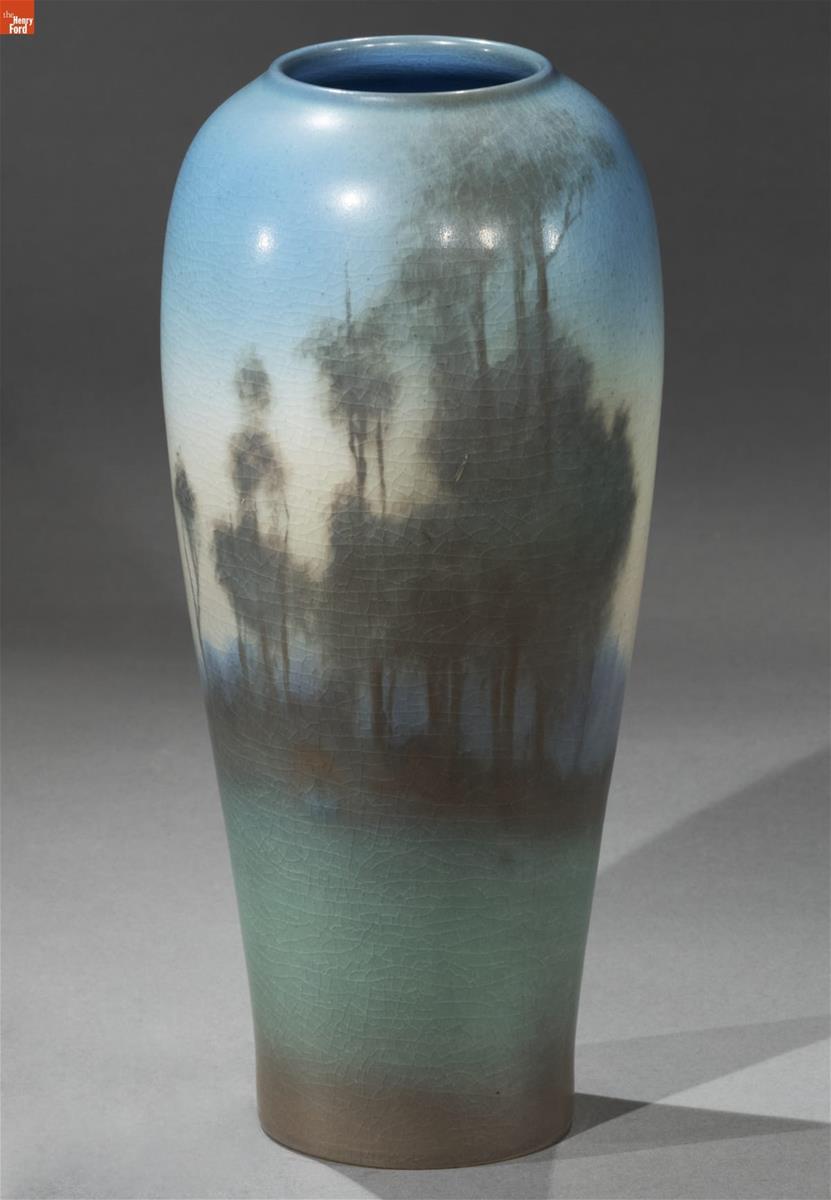 This Rookwood Pottery vase from our collection, on view in the Art Pottery of the 20th Century exhibit in Henry Ford Museum of American Innovation, can tell us an unexpected story about women’s work and craft in the late 19th and early 20th centuries.

During the late 19th century, ladies of high social standing in America were encouraged to broaden their interests beyond their homes. One of the most acceptable ways to do this was by taking up decorative china painting. Over time, these privileged women created associations with classes in china painting for women of all economic backgrounds. Probably the most important of these women was socialite Maria Longworth Nichols of Cincinnati, Ohio, who went beyond the accepted norm and established her own pottery that she called Rookwood. 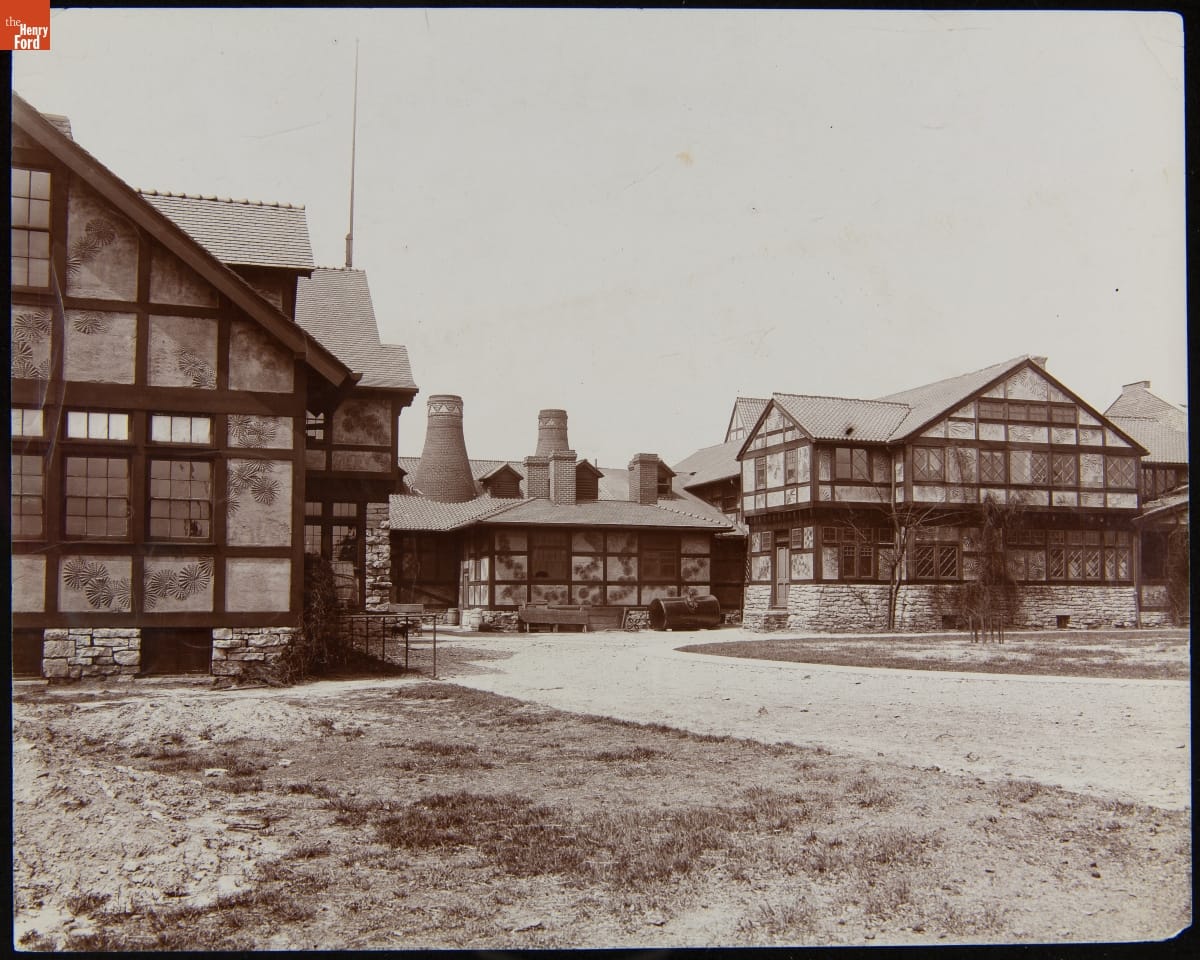 Beginning in 1880, Nichols hired talented young women—who would not have opportunities elsewhere—as well as men to create innovative ceramic wares in this novel commercial venture. At Rookwood, pioneering glazes and imagery made the Cincinnati-based company famous from coast to coast. One of the most significant innovations at Rookwood was its introduction of the “vellum” glaze in 1904. This signature glaze, seen on the vase at the top of this post, features a light-colored background where pictorial landscapes and flowers could appear almost like a painting.

Even before the development of the “vellum” glaze, competitors noticed Rookwood’s innovations and lured away some of their best potters and decorators. Also, over time, artists left Rookwood and started their own companies. They adopted Rookwood’s distinctive techniques, spreading the look of what was called “Art Pottery” around the United States. So, by the early decades of the 20th century, the pastime of ladies’ china painting evolved into a multi-million-dollar industry. Although Art Pottery flourished in the early 20th century, the arrival of the Great Depression and World War II all but extinguished Americans’ interest in decorative ceramics for the home.