Equality and Accessibility in Music: Music Not Impossible 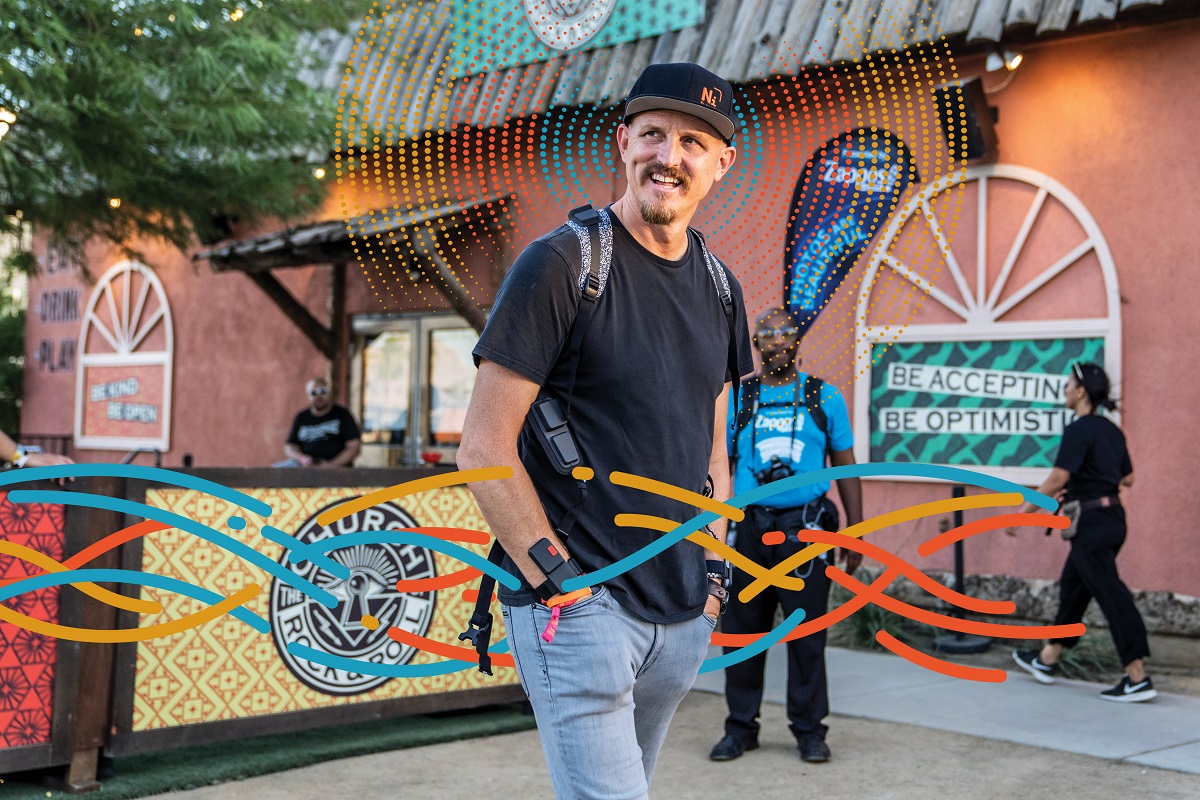 Film producer Mick Ebeling founded Not Impossible Labs to be a tech incubator with the mission of righting wrongs with innovation. Since then, his credo to “create technology for the sake of humanity” has resulted in developments like an invention allowing people who are paralyzed to communicate using only their eye movements and 3D-printed arms for Sudanese children who’ve lost limbs to war. So when Ebeling witnessed a concert for deaf listeners—where the music was turned up loud enough for the crowd to feel the vibrations—around the same time as a friend lost his sense of smell in a skateboarding accident, he had a revelation. “He didn’t fall on his nose—he fell on his head,” Ebeling said. “That means you don’t smell with your nose. You smell with your brain, which means you don’t hear with your ears, you do that with your brain too. So what if we went around and kind of subverted the classic way that people hear and we just took a new pathway to the brain?”

Thus was born the Music: Not Impossible project. Ebeling enlisted Daniel Belquer, a Brazilian music composer and technologist, to be the “mad scientist” shepherding the endeavor. Belquer was obsessed with vibration and tickled by the observation that skin could act as a substitute for the eardrum. “In terms of frequency range, the skin is much more limited than the ears,” said Belquer, “but the skin is better at perceiving texture.”

Belquer and Ebeling worked with engineers at Bresslergroup, Cinco Design, and Avnet, in close collaboration with members of the deaf community, to create the current version of a wearable device consisting of a “vibrotactile” vest, wrist straps, and ankle straps. The harness features 24 actuators linked to different instruments and sounds that distribute vibrations all over the body. The system is totally customizable and could, for example, have the drums vibrate the ankles, guitars stimulate the wrists, basslines rumble along the base of the spine, vocals tickle the chest, and so on.

Mick Ebeling and Daniel Belquer worked with leading engineers and members of the deaf community to create the current version of their wearable device, which consists of a “vibrotactile” vest, wrist straps, and ankle straps. / Photos by Cinco Design

“What we’re doing is transforming the audio into small packets of information that convey frequency amplitude in the range that our device can recognize,” Belquer said. “And then we send this through the air to the technology of the device. The wearables receive that information and drive the actuators across the skin, so you get a haptic [a term describing the perception of objects by touch] translation of the sound as it was in its source.”

As the team tested prototypes and held demo events, they also discovered the device has benefits for hearing listeners as well as deaf ones. “We can totally provide an experience that is both auditory and haptic,” said Belquer. “So with the vibration and the music, you hear it and you feel it and you get gestalt. This combined experience is more powerful than the individual parts. It’s like nothing you’ve ever felt.” 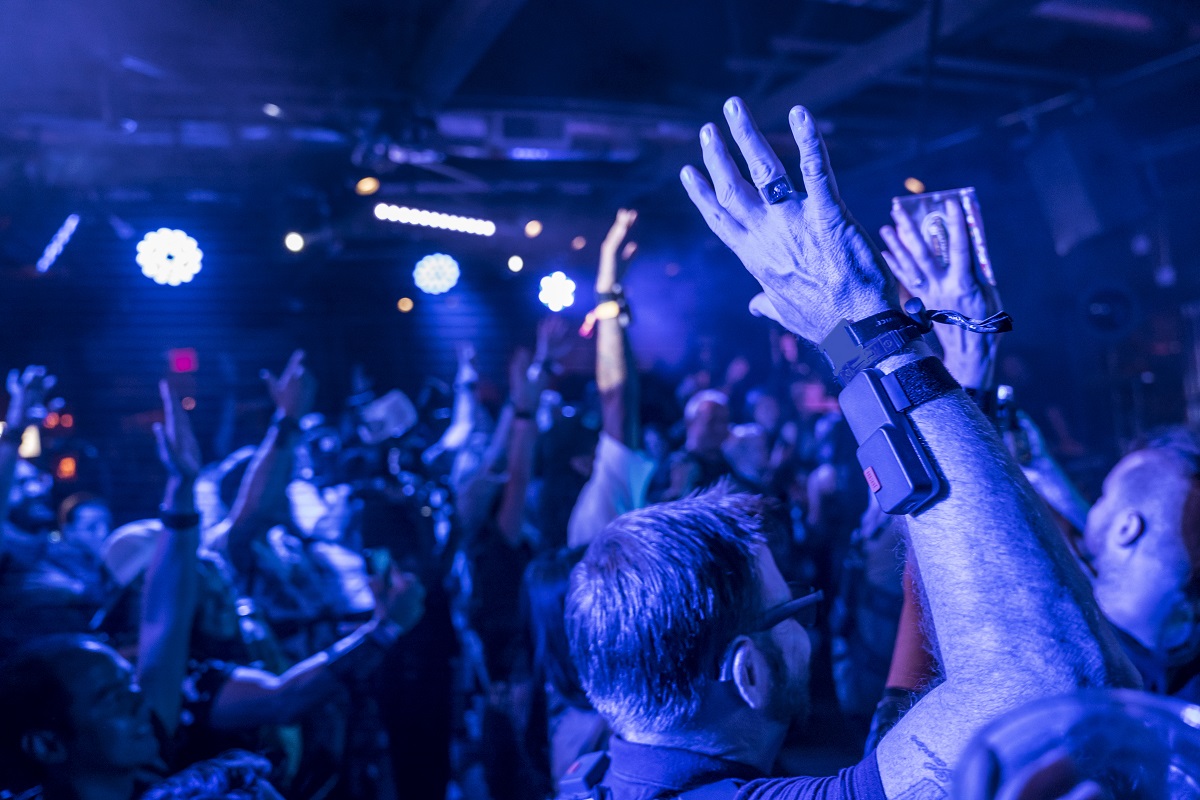 The project won silver in the Social Impact Design category at the 2020 Industrial Designers Society of America (IDSA) International Design Excellence Awards (IDEA), which are hosted at The Henry Ford. Here’s what Marc Greuther, vice president at The Henry Ford and an IDEA juror, had to say about the project: “I like to think of design as an essentially friction-reducing discipline, reducing chafing in the functional, aesthetic, or durability realms—of design building bridges, shortening the route between user and a known destination promised by a tool’s outcome, whether it’s a really good cup of coffee, a comfortable office chair, or an intuitive e-commerce interface. Music: Not Impossible grabbed my attention for going an order of magnitude further—for bridging unconnectable worlds, making sound and music accessible to the deaf. In his design checklist, Bill Stumpf said good design should ‘advance the arts of living and working.’ Music: Not Impossible fulfills that goal by creating an opening into a vast landscape—not by reducing friction but by removing a wall.”

“In the beginning, people would say this might be something like Morse code or Braille, that you have to go through an educational process in order to understand,” said Belquer. “But as an artist, I was always against a learning curve. You might not know or like a specific kind of music or style, but you can relate to what the emotional message of the content is. You don’t need to be trained in order to have the experience and be impacted by it.” 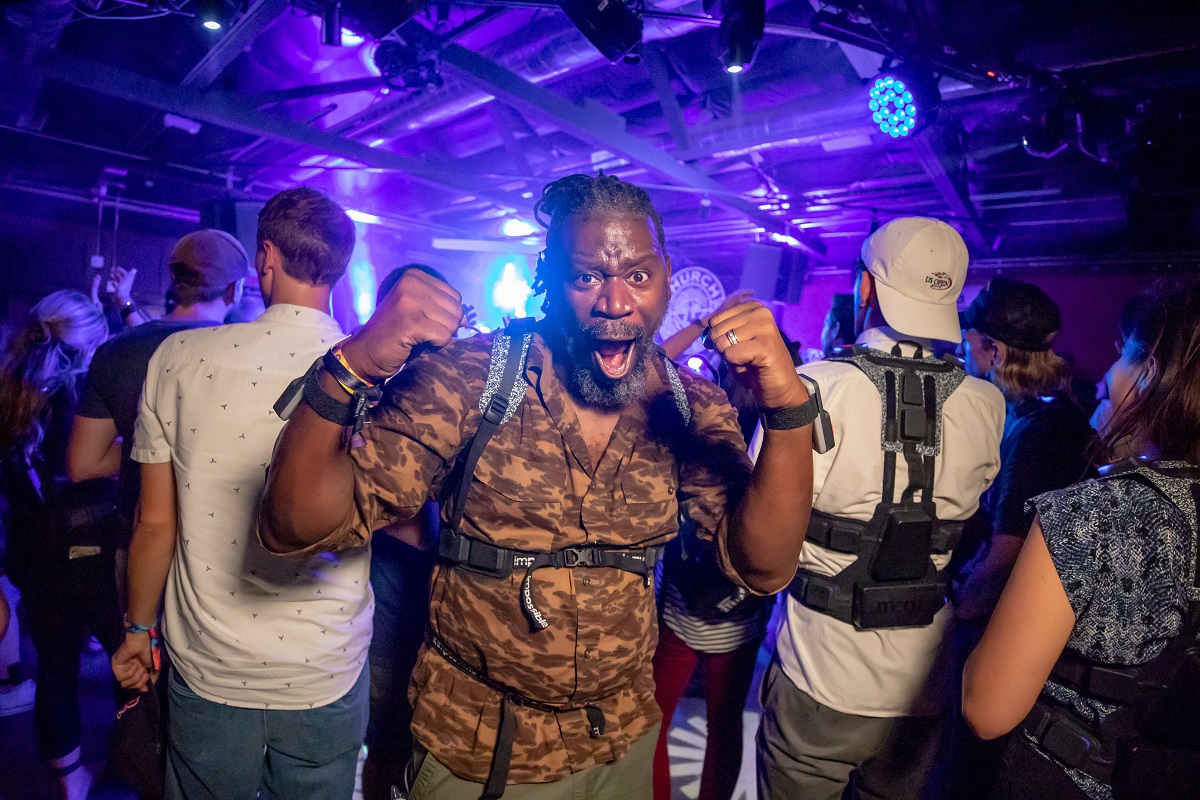 What may be most remarkable about the project is that it creates a shared experience among people who might not have had one otherwise. From what the Music: Not Impossible team has witnessed so far, wearing the device can be just as intense and euphoric for folks who can hear as those who can’t. “We’ve had maybe 3,000 demo participants at this point,” said Belquer, “and there’s this face we always see: Their eyes open wide and their mouth and jaw drops as they have this ‘wow!’ moment.” 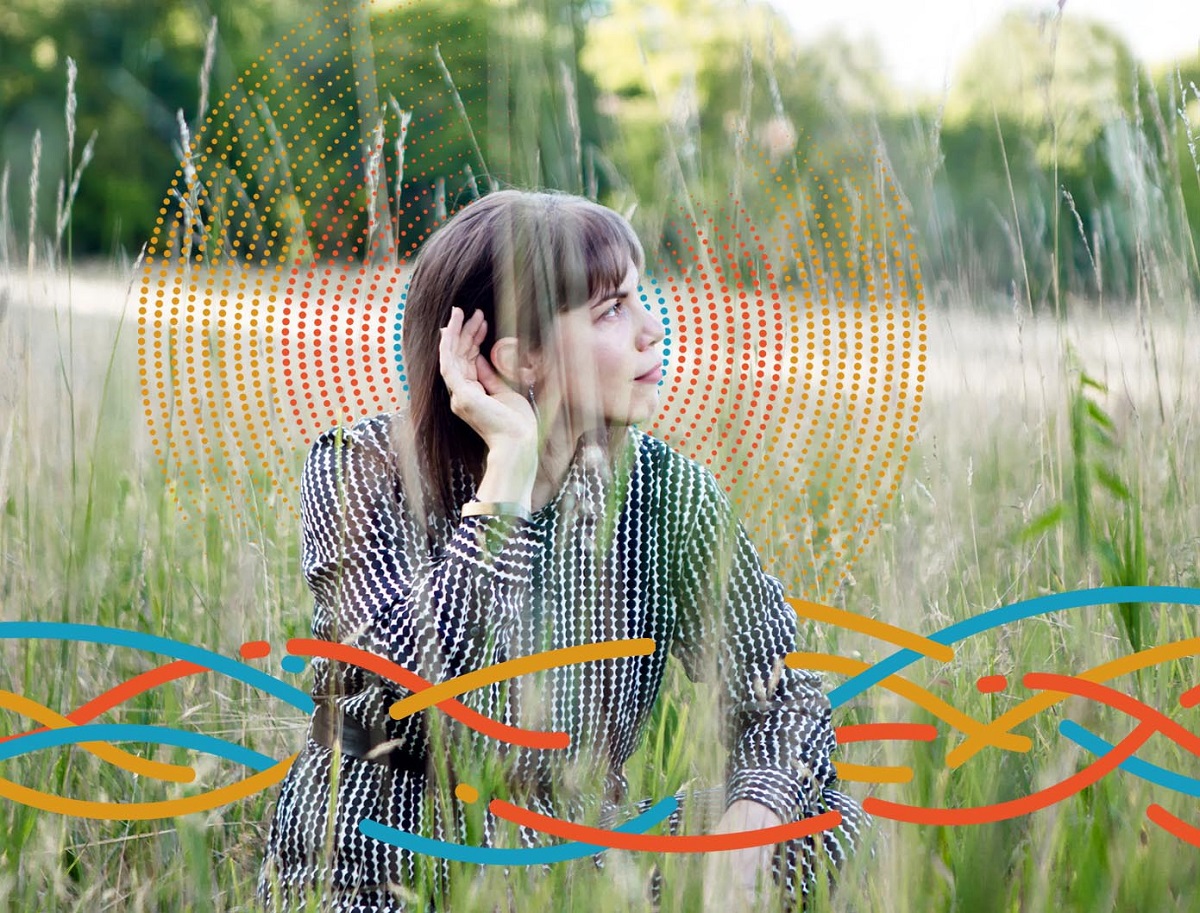 Lavender Suarez has made music as an experimental improviser for over a dozen years as C. Lavender and studied the philosophy of “deep listening” with composer Pauline Oliveros, which helped her understand the greater impact of sound in our daily lives. But it was seeing fellow artists and friends experience burnout from touring and stress that inspired her to launch her own sound healing practice in 2014.

“Many artists are uninsured, and I wanted to help them recognize the importance of acknowledging and tending to their health,” she said. “It felt like a natural progression to go into sound healing after many years of being a musician and studying psychology and art therapy in college.”

Suarez defines sound healing as “the therapeutic application of sound frequencies to the body and mind of a person with the intention of bringing them into a state of harmony and health.” Suarez received her certification as a sound healer from Jonathan Goldman, the leader of the Sound Healers Association. She recently published the book Transcendent Waves: How Listening Shapes Our Creative Lives (2020, Anthology Editions), which showcases how listening can help us tap into our creative practices. She also has presented sound healing workshops at institutions like New York’s Whitney Museum of American Art and Washington, D.C.’s Hirshhorn Museum. 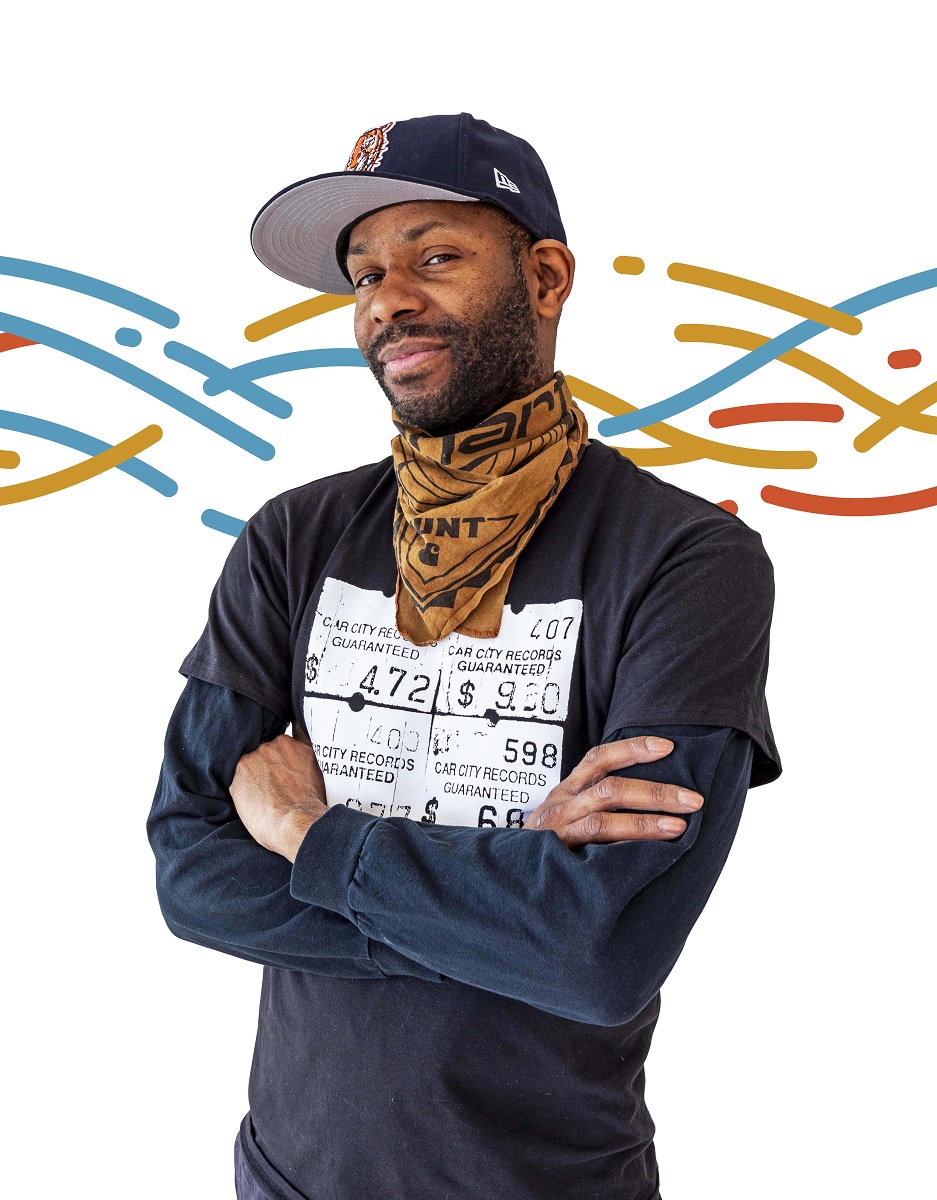 Waajeed has worn many hats in his musical career. Besides the stylish Borsalino he usually sports, he’s been the DJ for rap group Slum Village, half of R&B duo Platinum Pied Pipers, an acclaimed producer of hip-hop and house music, and proprietor of his own label, Dirt Tech Reck. But it’s his latest venture that feels closest to his heart: educator.

The 45-year-old Detroit native is now the director of the Underground Music Academy (UMA), a school set to launch in 2022 that will guide students through every step of tackling the music industry obstacle course. “You can learn how to make the music, put it out, publish it, own your company, and reap the benefits,” he said of his vision for UMA. “A one-stop shop.” 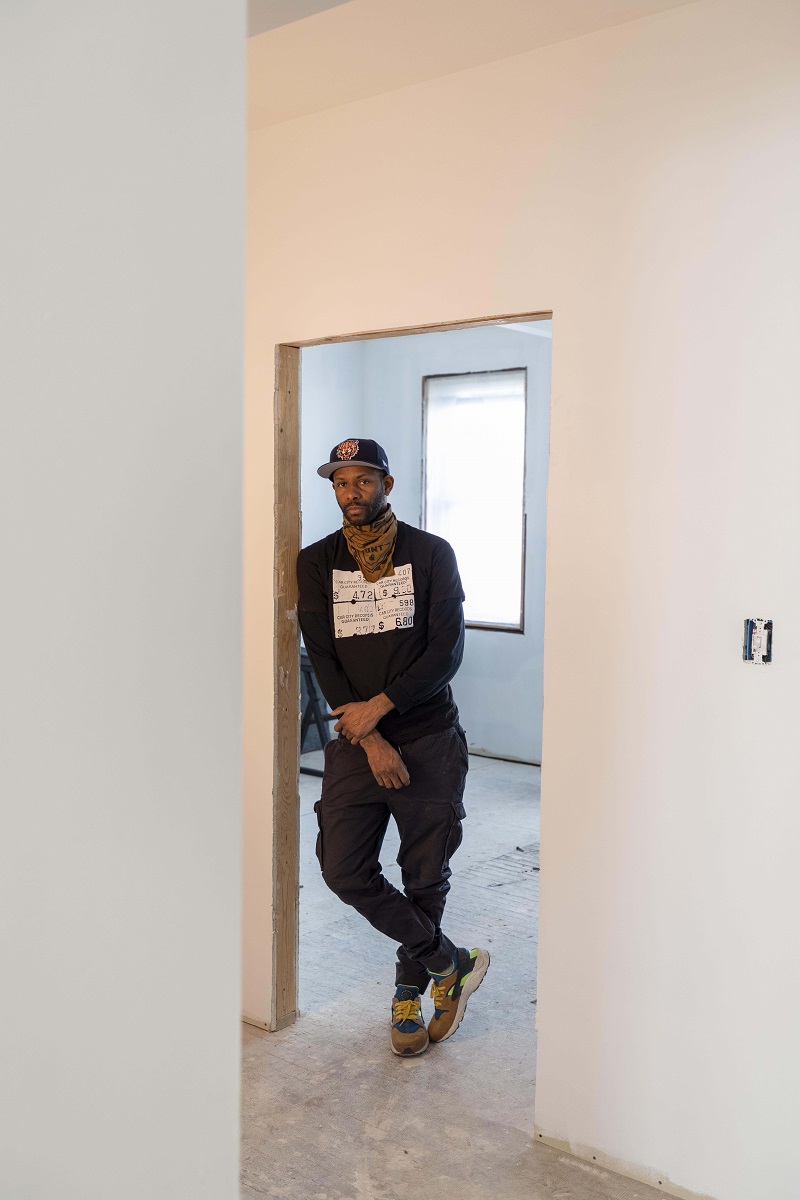 While Waajeed initially broke into music via hip-hop, UMA will, at least at first, focus on electronic dance music. Detroit is internationally renowned for techno, a form of electronic dance music first created in the Motor City in the mid-1980s by a group of young African American producers and DJs. But as the music exploded globally, particularly in Europe, techno became associated with a predominantly white audience. While Detroit’s pioneers were busy abroad introducing the music to foreign markets, the number of new, young Black practitioners at home kept dwindling.

UMA’s initial spark hit Waajeed a few years ago, when he was spending endless hours on planes and in airports, jetting to DJ gigs around the world. “On almost every flight I jumped on, I didn’t see a lot of people that looked like me, and it didn’t feel right,” he said. “All of this energy that’s being put into building Europe’s connection to our music and our past and our history, and it’s like, this needs to be happening in our own backyard. It was an awakening.” 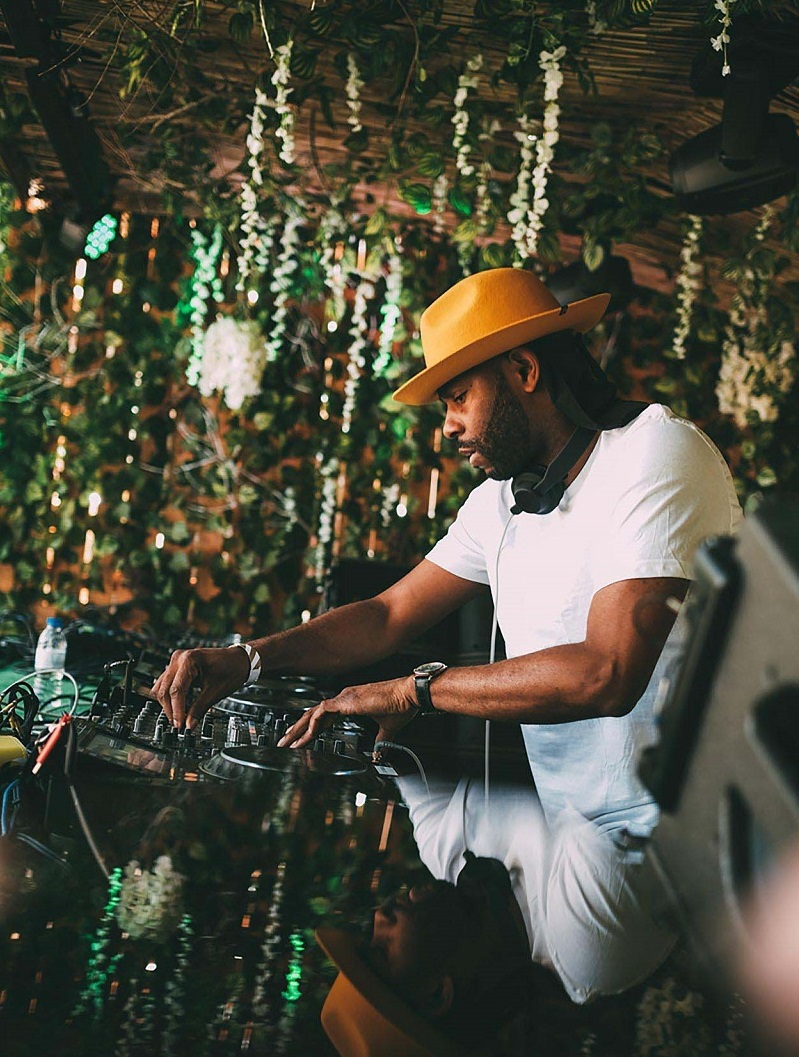 Waajeed spoke to Mike Banks, a founder of the fiercely independent techno collective Underground Resistance, about how best to communicate to younger Black listeners that this music, primarily associated with Germans and Brits for the last 30 years, is actually an African American art form. The genesis of UMA flowed from their discussions. Waajeed described Underground Resistance’s credo of self-determination and mentorship as “a moral and business code that’s been the landmark cornerstone for our community.”

Another huge inspiration came from older musicians like Amp Fiddler, a keyboardist for Parliament-Funkadelic whose home in Detroit’s Conant Gardens neighborhood was close to Waajeed’s high school, Pershing. Whenever Waajeed and his friends (like future hip-hop producer J Dilla) skipped class, they’d end up in Fiddler’s basement, where he taught the teens how to use instruments and recording gear. “It started with people like Amp,” Waajeed said, “taking these disobedient kids in the neighborhood and giving us a shot in his basement, to trust us to come down there and use what felt like million-dollar equipment at the time, teaching us how to use those drum machines and keyboards. Amp put us in the position to be great at music.” 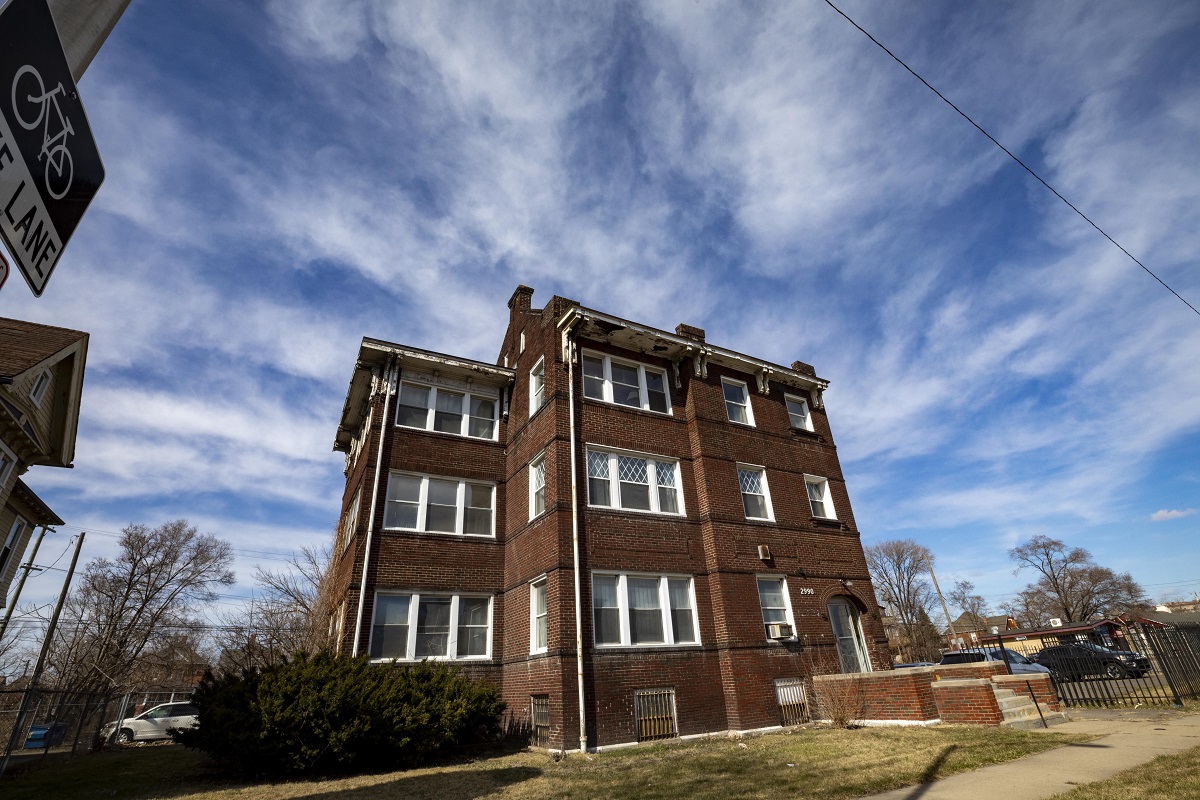 After years in the making, Waajeed is hoping to welcome students to the physical space for his Underground Music Academy in 2022. It will be located on Detroit’s East Grand Boulevard, near the internationally known Motown Museum. / Photo by Bill Bowen

Waajeed hopes UMA will institutionalize that same “each one teach one” tradition, not only with respect to music-making but also business and social acumen. “I heard stories about people who worked with Motown that would teach you what forks to use so you could sit down for a formal dinner, and that’s what I’m more interested in,” he said. “As much as being a beat maker is important, it’s just as important to be a person who is adamant about your business: knowing how to handle yourself the first time you go on tour, or how to set up publishing companies and bank accounts for those companies. That’s what we’re trying to do, to make that instruction more available so you have no excuses to fail.”

Until the physical space is ready to host students—scheduled for 2022, though the COVID-19 pandemic may alter that plan—UMA is concentrating on video tutorials that can be watched online, as well as fundraising, curriculum planning, and brainstorming about how best to reach the academy’s future pupils. 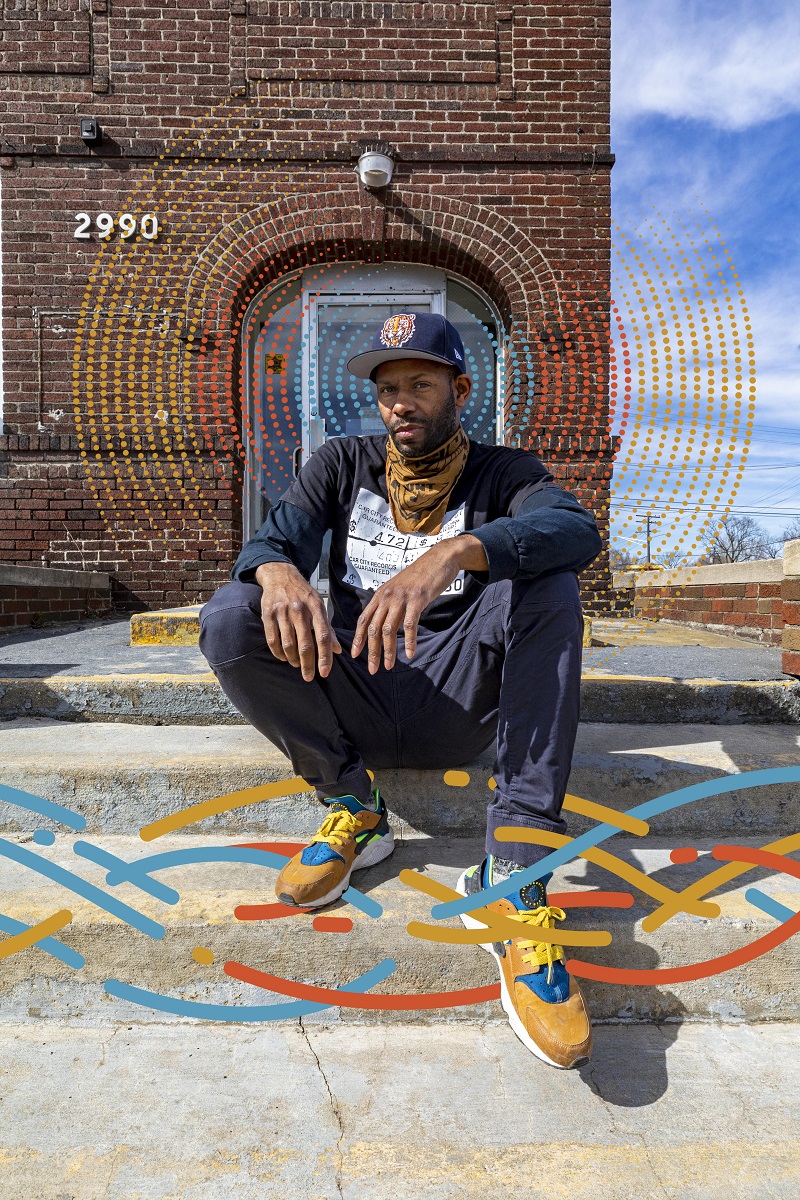 Waajeed sits on the steps of the future Underground Music Academy in Detroit. / Photo by Bill Bowen


Mike Rubin is a writer living in Brooklyn. This post was adapted from “Where Can Sound Take Us?,” an article in the June–December 2021 issue of The Henry Ford Magazine.