During the weekend of July 29th-30th, 2017, Maker Faire Detroit will return for its eighth year at The Henry Ford. From robotics to crafts, costume design to homebrewed carnival rides—hack-a-thons to soldering demonstrations—this family-friendly event promises to engage visitors with an immersive experience of ingenuity on overdrive. Hundreds of Makers (nearly one third of them new) will join us from around the globe this weekend, filling over 30-acres of space inside and outside of Henry Ford Museum of American Innovation.

Our Curator of Communications and Information Technology, Kristen Gallerneaux, has put together this list of a few of her most anticipated Makers for 2017. 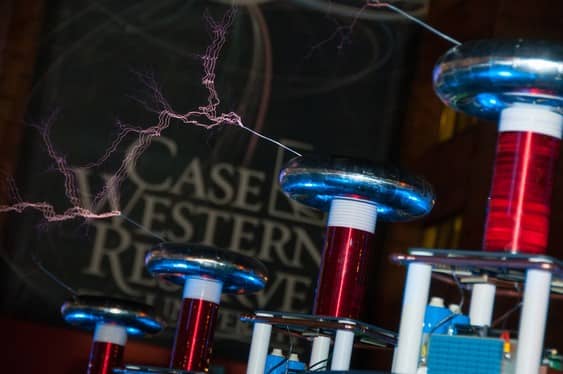 1. Musical Lightning, Times Four!
The Tesla Orchestra from Cleveland, Ohio are creators of “the world’s largest twin musical tesla coils.” For Maker Faire Detroit, they will demonstrate a quartet of mini coils capable of emitting three-foot lightning bolts—lightning that will be transformed into music before your eyes and ears. Each coil can play several notes – four coils put together brings the promise of Tesla harmonies! They will perform six times each day in Anderson Theatre. 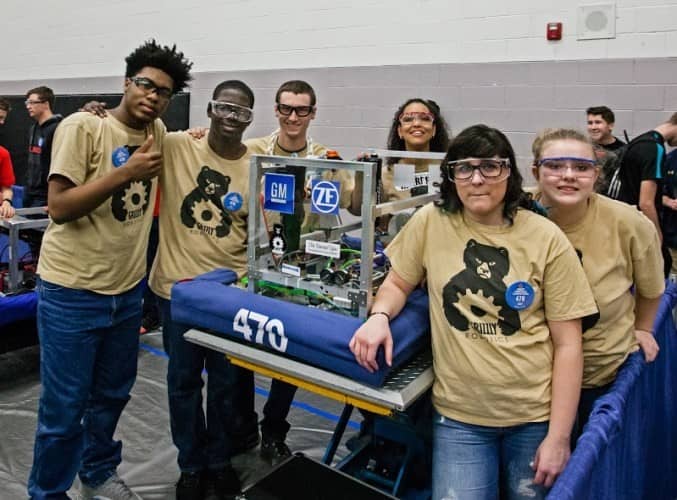 2. Robots!
In 1992, FIRST Robotics Competition had its inaugural event in a high school gymnasium with a total of 28 teams. Today, there are thousands of FIRST teams around the world. Founded by engineer Dean Kamen, FIRST gives high school students and their adult mentors the chance to collaborate and solve a problem: design and build a working industrial-sized robot. At Maker Faire Detroit, you can see robotics demonstrations by at least 15 competing FIRST teams from Michigan. Put it on your calendars: in April 2018, Detroit will host the FIRST Robotics Global Championship. 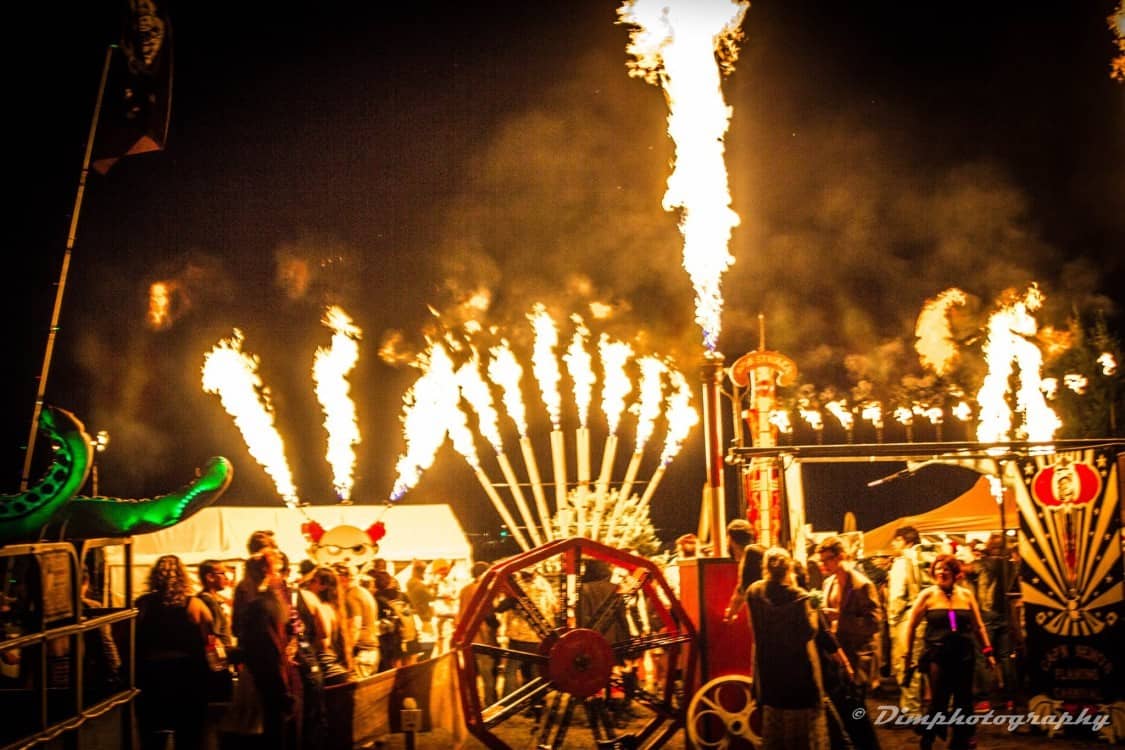 3. Flaming Carnival Games!
Capn Nemos Flaming Carnival join us from Chicago. This group of artists, Makers and performers has been making the scene with their large-scale interactive projects: Hudor, the fire-breathing dragon boat, and a Halloween Parade that took over the streets of Chicago. This weekend, Nemos will present a selection of their midway carnival experiences including Ping Pong of Doom, High Striker, Zap!, and a “flaming popcorn machine.”

4. Drawing!
Camp Pencil Point will host workshops about the ins and outs of drawing comics during Maker Faire weekend. Along with human camp counselors, other inhabitants of the Pencil Point staff such as Drew the Draw-topus will make appearances. Seating is limited, but the workshops will repeat every hour. Bring your pencils! 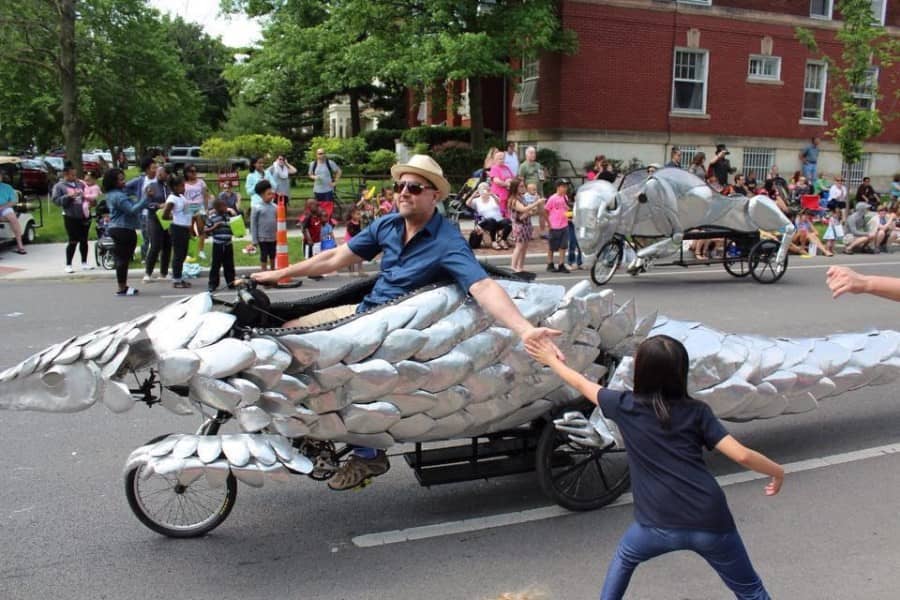 5. Bikes Shaped like Animals!
Fabricator Juan Martinez and author Dave Eggers will bring a small herd of their metal creatures to Maker Faire. The 826michigan project, “The Spirit of the Animals is in the Wheels” is made up of a group of rideable metal animals built onto bicycle frames. A bear, a bison, and a 19-foot scaly mammal known as a pangolin will roam the grounds all weekend. Underneath these graceful creations, these Makers also bring a message—to raise awareness of the transportation challenges that Detroit-area children face when commuting to and from school every day. 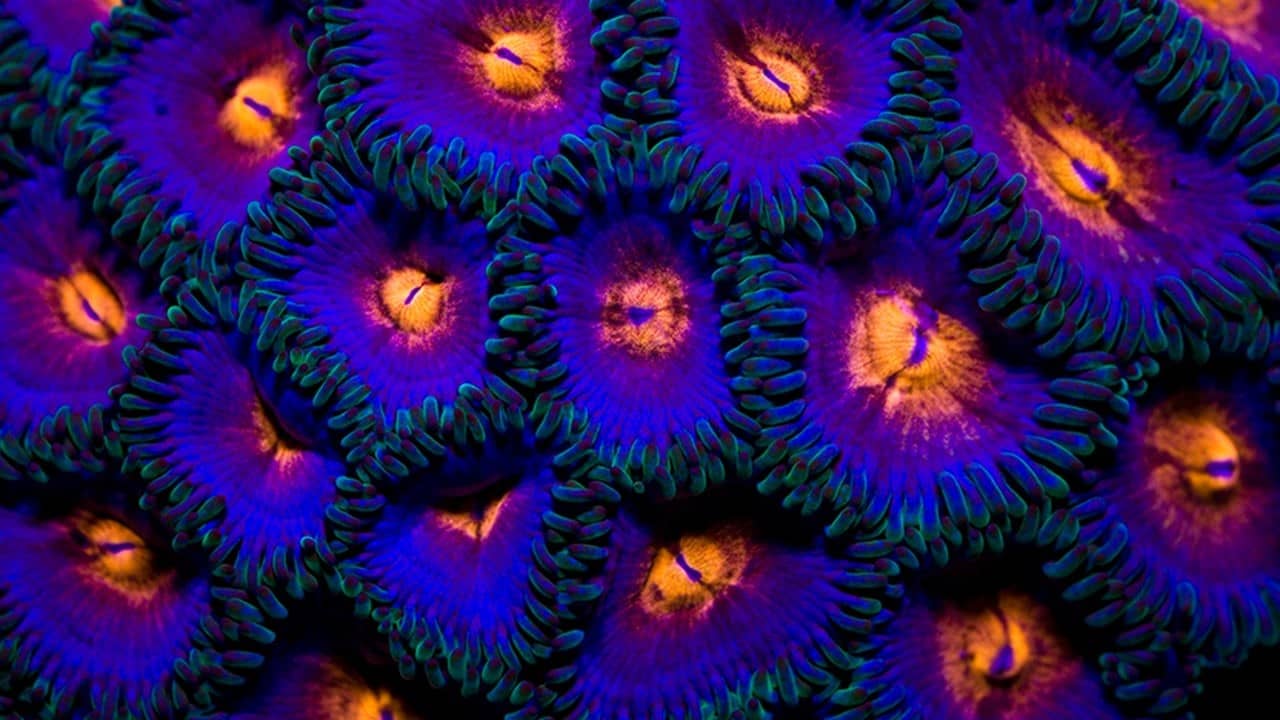 6. Fluorescent Coral!
Coral Morphologic was founded in 2007 by marine biologist Colin Foord and musician Jared McKay. Each member brings innovative skills in science and art to create lush and mesmerizing media experiences about the world’s endangered coral reefs. Coral Morphologic act as the preservationists, educators, and philosophers for Miami’s unique aquaculture. A 4K projection of a documentary about the group’s work will show three times per day in the Giant Screen Experience.

7. Inflatable Alien Fruit!
Wild Aesthetic is the creation of local interdisciplinary artist Sean Hages. His huge inflatable “alien fruit” sculpture will fill part of the museum’s plaza. What else is there to say? It’s a big, colorful, wonderful sculpture with otherworldly tentacles! 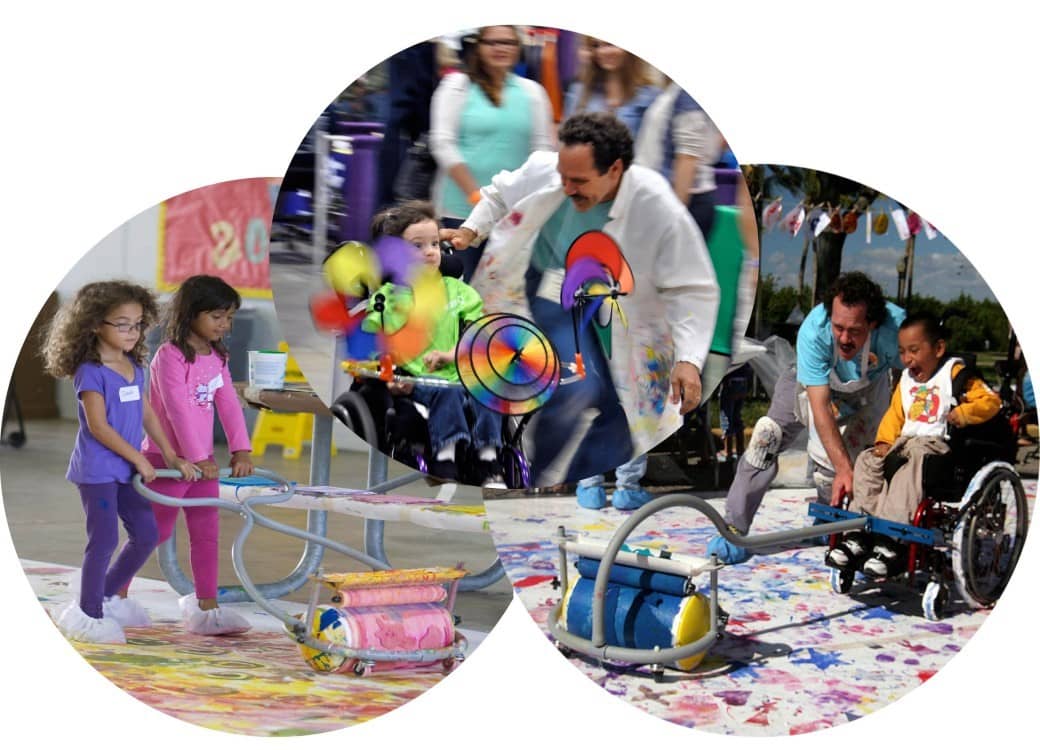 8. Art is for Everyone!
Zot Artz was a favorite at last year’s Maker Faire, and we are happy to have them return in 2017. Since 1990, Dwayne Szot has been using his talents as an artist and engineer to create adaptive art tools for children who use wheelchairs. Zot Artz will be onsite with an interactive demonstration, showing the creative ways that assistive devices can be transformed to paint, draw, and stamp out colorful art. 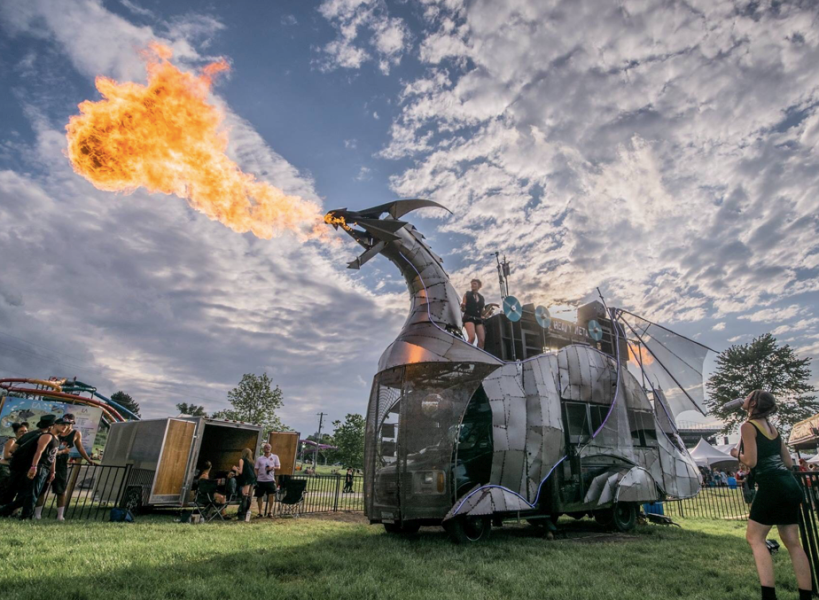 9. Fire Breathing Dragons!
It will probably be difficult to walk the grounds of Maker Faire and miss seeing a 30-foot-long, 19-foot-tal metal dragon built on top of a GM mini bus. Heavy Meta breathes fire out of her animatronic mouth and shoots fireballs from her tail. This mutant art car dragon will be commuting over the Canadian border from Toronto, and was created by an eclectic group of Makers including high school interns, professional metalworkers, and engineers. 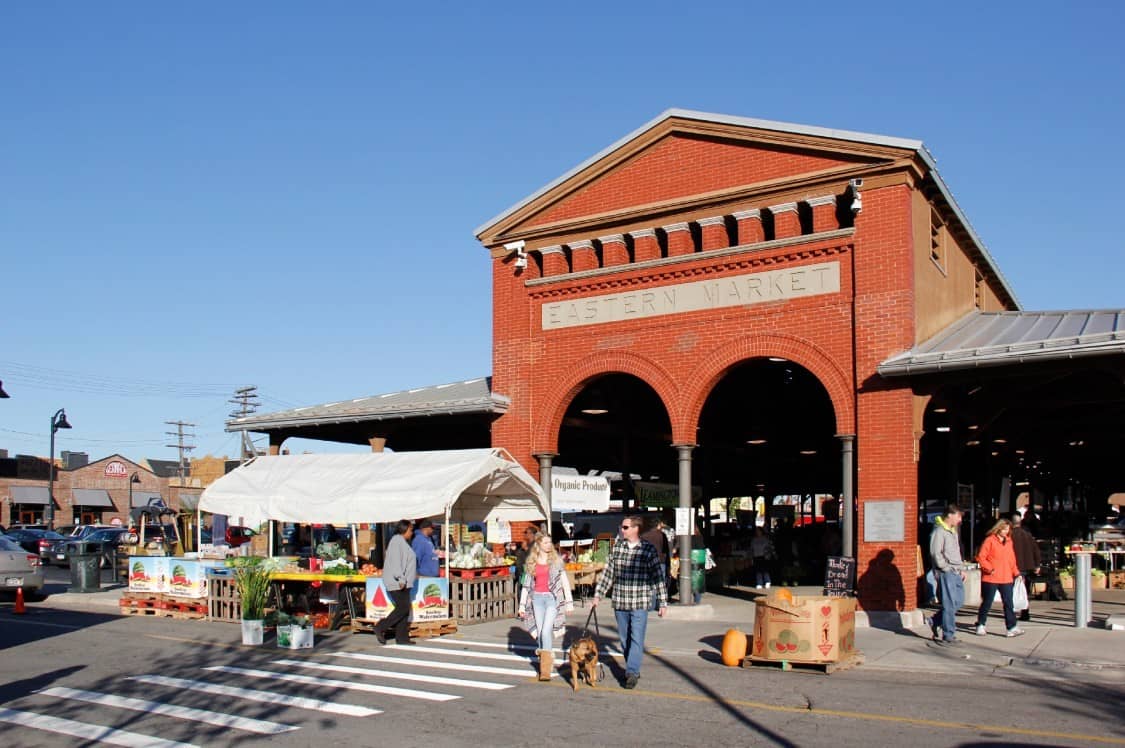 10. Speaker Program!
A packed schedule of interesting talks has been programmed for The Henry Ford Museum of American Innovation’s Drive In-Theatre. On Saturday, Caleb Kraft, Senior Editor at Make: magazine will talk about open source projects and the Maker community. On Sunday, young “hackschooler” Ben Hodsdon will share experiences about using Makerspaces and alternative learning outlets to hack a skilled education. Two panel discussions about food sustainability and Detroit’s agricultural renaissance will also take place on Sunday: Eastern Market: Innovation in Food Sourcing, and Farming in the City: Plants and Animals. Dr. Carleton Gholz of The Detroit Sound Conservancy will also join us to speak about the importance of Detroit’s sonic heritage and innovative models for its preservation. 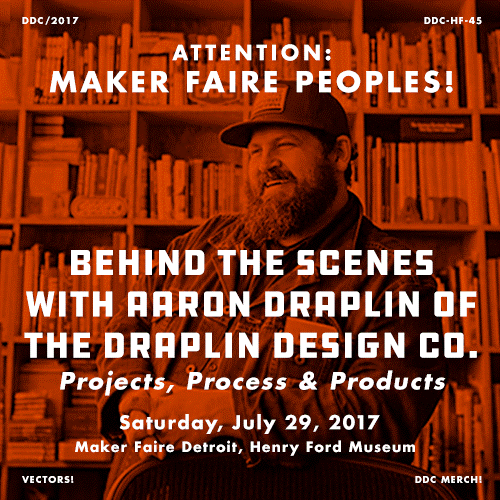 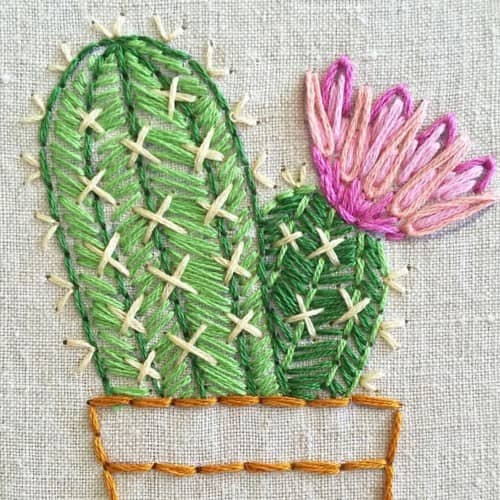 Bonus Points!
Inside the museum, the immersive design and typography exhibit, House Industries: A Type of Learning will be open for viewing. This exhibit is sure to be a hit with the Maker community, and admission is free with a Maker Faire ticket. Guests of House Industries will hold special programming inside this exhibit over the weekend.

On Saturday, Aaron Draplin of Draplin Design Co. and the popular Field Notes Brand “will take guests on a spirited walk through a wild array of projects and products—both big and small—from the front lines of graphic design.” Demonstrations at: 11-11:30am, 1:30-2pm, 4:30-5pm.

On Sunday, Jenny Hart of Sublime Stitching encourages guests to stop by and pick up an embroidery hoop. Jenny will lead guests through the process of stitching House Industries fonts during her 30-minute embroidery sessions. Demonstrations at: 11-11:30am, 1:30-2pm, 4:30-5pm.