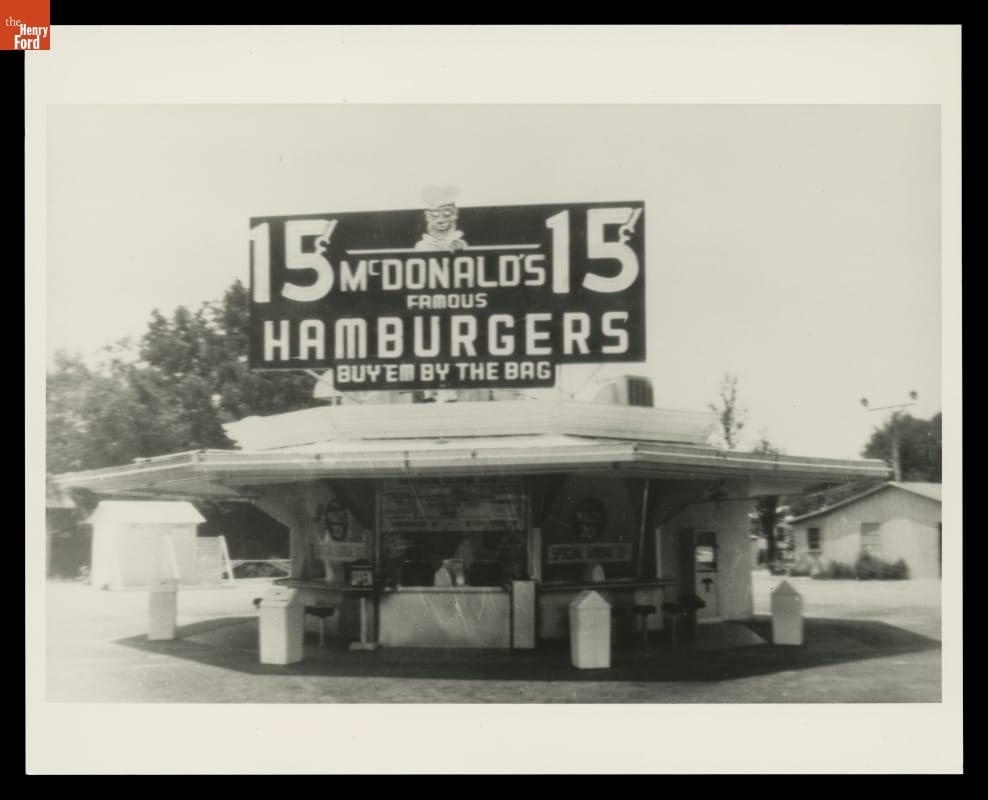 An early McDonald’s after the menu change and before the iconic Golden Arch redesign. THF125822

The first real McDonald’s was created by Richard (“Dick”) and Maurice (“Mac”) McDonald in San Bernardino, California, on May 15, 1940. Located on Route 66 and based upon a food stand opened by their father a few years earlier, Dick and Mac’s “McDonald’s Bar-B-Que” was typical of car-hop type drive-in restaurants of its day.

The big shift from a joint selling barbecue ribs, beef, and pork sandwiches on china plates to the McDonald’s we know today occurred in 1948. Dick and Mac were tired of trying to keep capable cooks and reliable carhops on staff. And the teenagers were driving them crazy—hanging out, breaking the china, and keeping other customers away. So they closed their restaurant, fired the carhops, and a few months later, introduced a whole new “Speedee Service System.” This radical new concept featured a limited menu, walk-up service, an assembly-line system of food production, and drastically reduced prices. Five years later, milkshake machine salesman Ray Kroc recognized a “golden” concept when he saw one. He franchised the concept with their name across the country, especially in the new suburban neighborhoods across the Midwest. 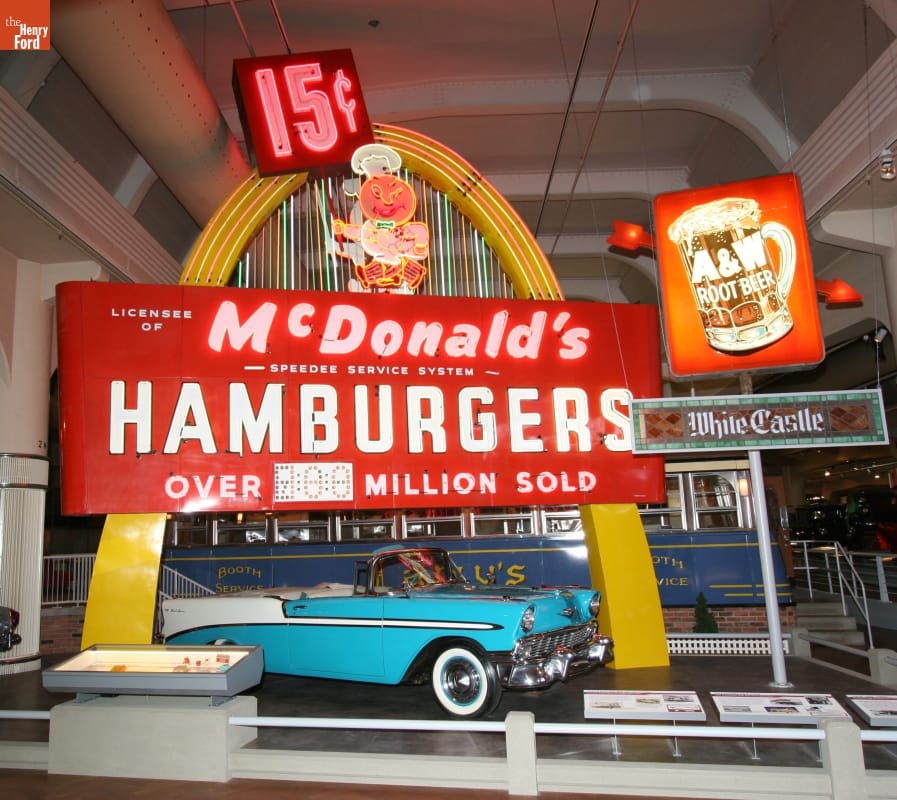 Neon signs like this one, with a single “golden” arch and the logo of Speedee, the hamburger-headed chef, flashed in front of early McDonald’s franchises. The instantly recognizable design was drawn by Richard McDonald in 1952, first applied to a McDonald's restaurant in 1953, and then co-opted by Ray Kroc when he began franchising the restaurants in 1954. It became the corporate logo in 1963, after Kroc bought out the McDonald brothers in 1961. This particular sign lit up Michigan’s second McDonald’s, located in Madison Heights.

The McDonald’s innovative Speedee Service System, reduced-price menu, and recognizable Golden Arches set the standard for numerous other fast food establishments to come. During the 1970s, Happy Meals raised the bar again. McDonald’s continues to be at the forefront of new trends in the fast food industry.