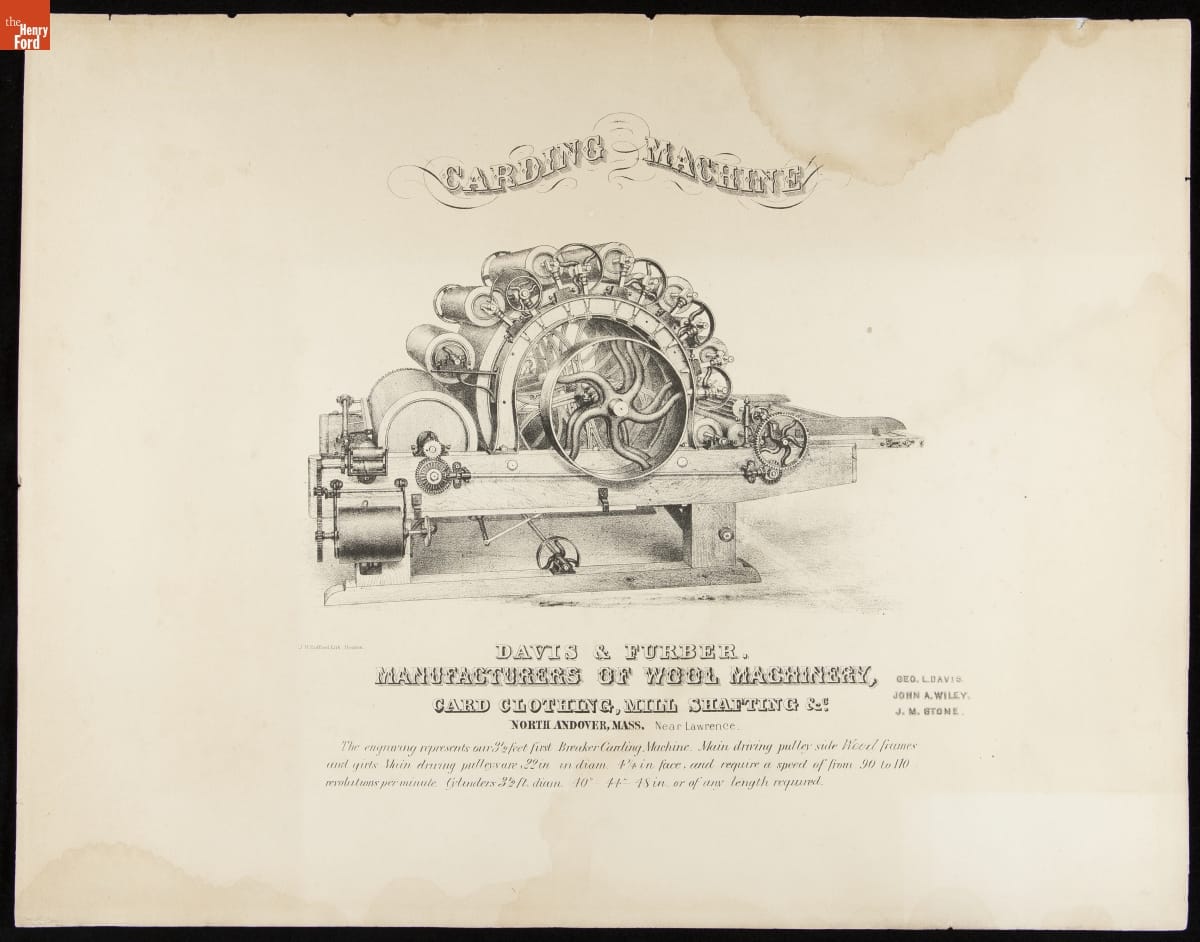 Few pieces of textile technology had as great an impact for as long a time as the wool carding machine. The wool industry was much slower to mechanize than the cotton textile industry, for several reasons: the longer time it took to perfect wool processing machines; the fact that the machines were not engineered to work together for efficient production; and the conviction by potential entrepreneurs that it was impossible to compete with fine British imports and, as a result, wool processing did not offer the same potential for profit as cotton textiles. The slow mechanization of the wool industry both reinforced and encouraged the already strong tradition of home production of wool through the 19th century. 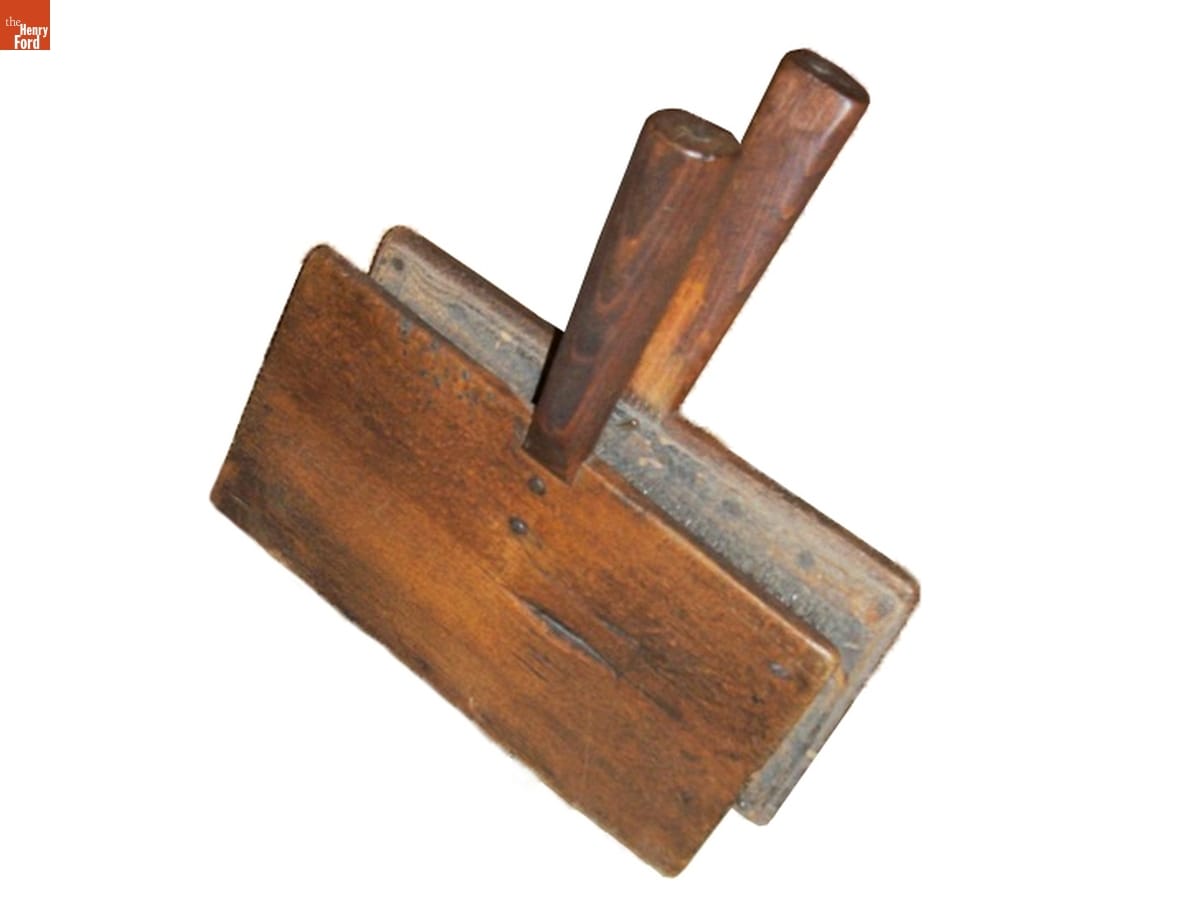 Despite—and partially because of—the slow mechanization of the wool industry, carding machines thrived. The first machines to be perfected in the wool production process, carding machines accomplished the one step that was most significant—and most tedious—in preparing wool before spinning. Mechanized carding machines not only sped up the time and removed the tedium of hand-carding, but they also produced a better combed roll of wool for spinning—improving both spinning time and the ultimate quality of the spun yarn.

The carding machine, introduced in America during the 1790s, was based upon technology and know-how brought by immigrant British machinists. It was adopted quickly in America. By 1810, there were 1,776 new carding machines in the US, duplicating the action of hand cards. 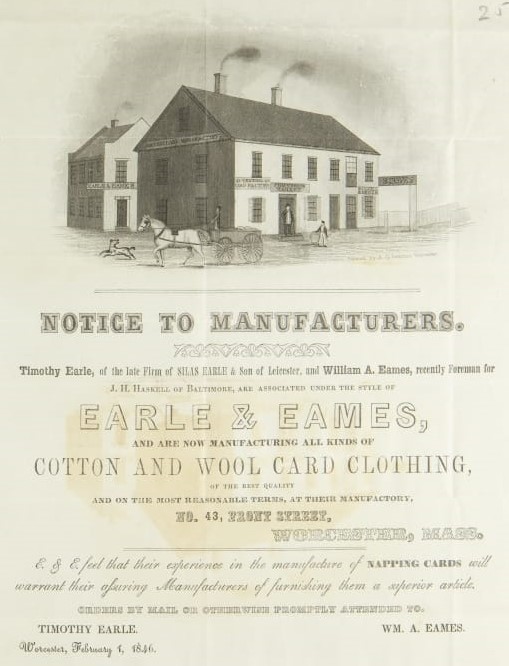 In the typical carding mill, sheared wool was first sent through a picker to remove dirt and separate hard bunches of wool. The teeth on the rotating cylinder of the mechanical picker replaced the previous similar hand process of opening the wool fibers, cleaning out the dirt, burrs, and other impurities, then fluffing the wool. 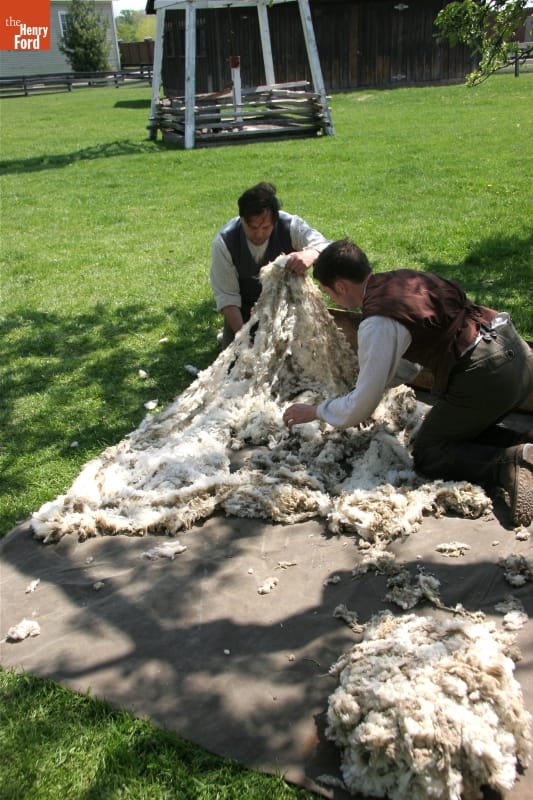 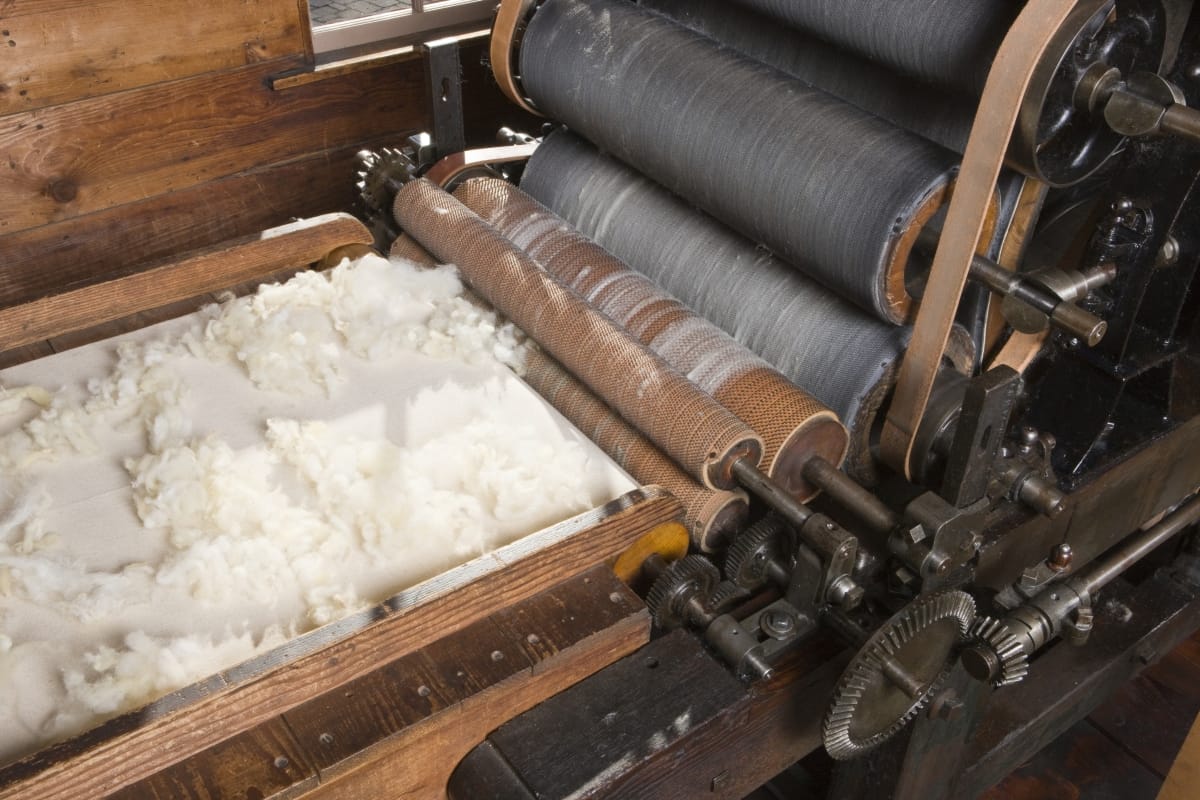 After picking, wool is fed into the carding machine. / THF91532 (Photographed by John Sobczak)

Like the picker, the carding machine also transferred an earlier hand process into a more efficient rotary operation. Using several toothed leather strips (called card clothing) fixed on a series of revolving cylinders, it opened and blended the wool into a series of uniform sheets of fiber, shaping these sheets of fiber into loose, fluffy rolls called rovings. The cylinders were arranged so the ends of the teeth were nearly in contact, allowing for the continuous shaping of each roving, ready for spinning. Each roving, produced across the width of the carding machine, had a common length of 24 inches—ideal for hand spinning. It was longer, narrower, and ultimately sturdier, than those formed with hand cards. 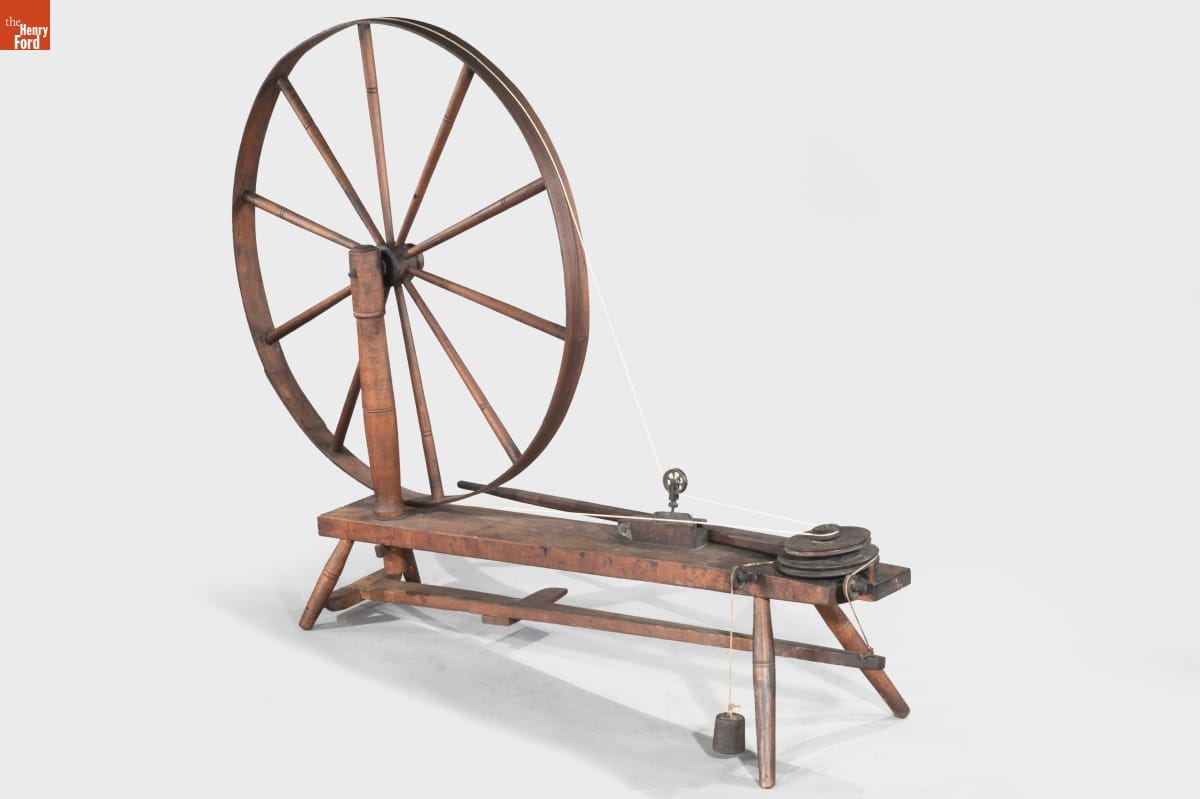 Carding machines produced loose rolls of wool fiber, called rovings, ready to be spun into yarn on wool wheels like this one. / THF175844