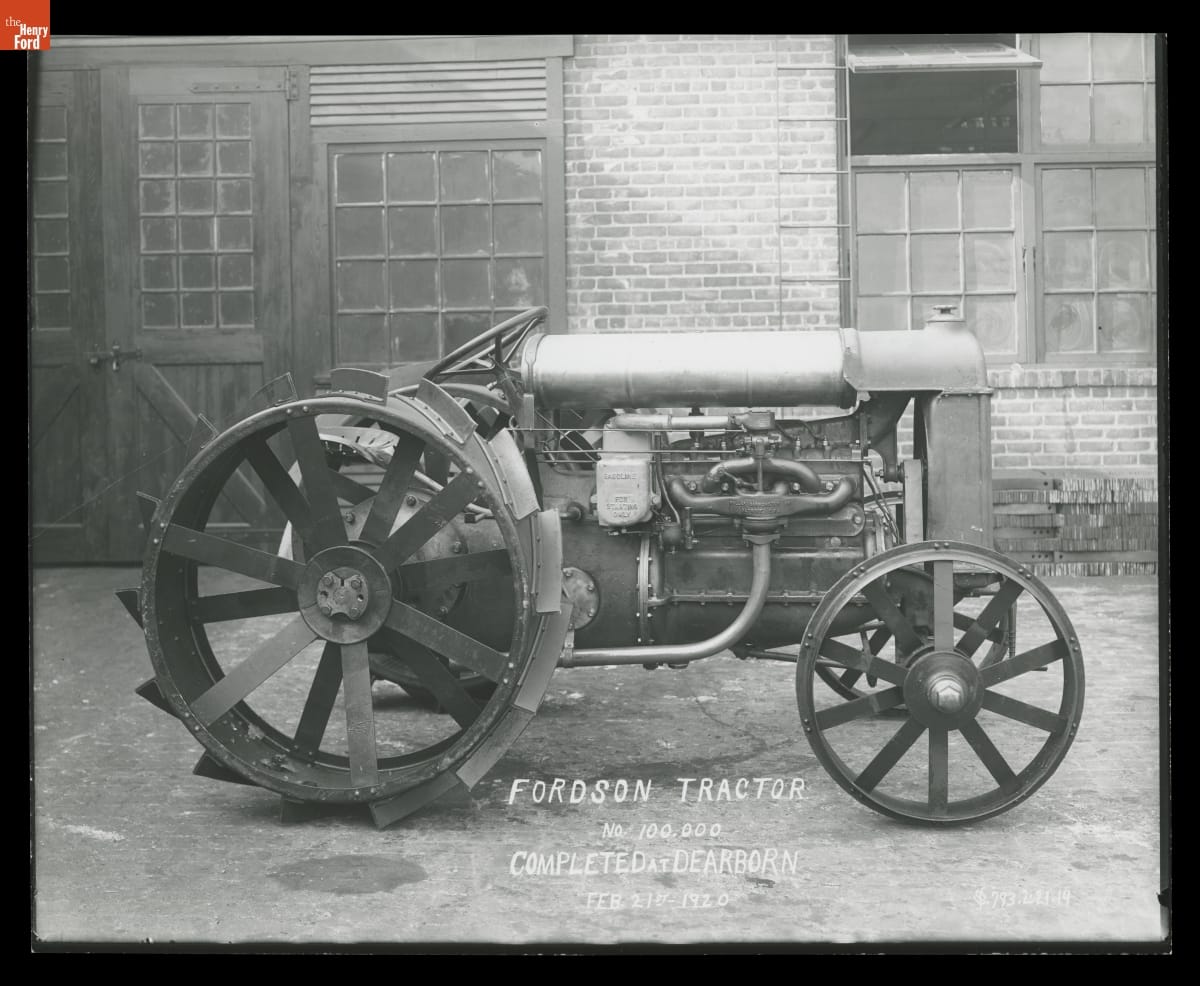 Henry Ford & Son organized on July 27, 1917, to make Fordson tractors. David L. Lewis, author of The Public Image of Henry Ford: An American Folk Hero and His Company, explains that the first 7,000 went to England to support British food production during the Great War (World War I). Distribution to U.S. customers began early in 1918.

Aggressive advertising got the public’s attention, and the tractor’s price—$750—made it a reasonable investment. It quickly became a bestseller. Just three years after its debut, on February 21, 1920, the 100,000th Fordson rolled off the assembly line in Dearborn, Michigan.

In November 2020, a full century after the photographic print above marking the tractor’s milestone manufacturing moment was taken, it became The Henry Ford’s 100,000th artifact to be digitized.

You can find out more about our digitization program and celebration of reaching 100,000 digitized artifacts on our blog here, and can explore more artifacts related to Fordson tractors in our Digital Collections here.


This post was adapted from an article first published in the January–May 2021 issue of The Henry Ford Magazine.