Celebrating Ninety: Collecting in the 1970s 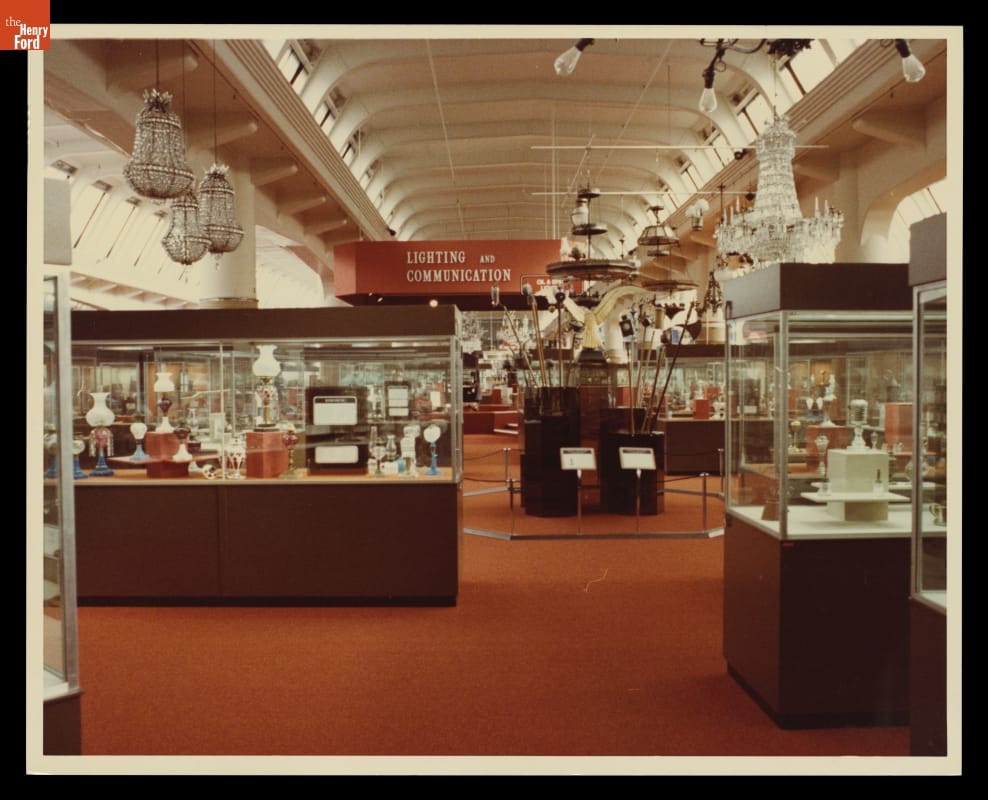 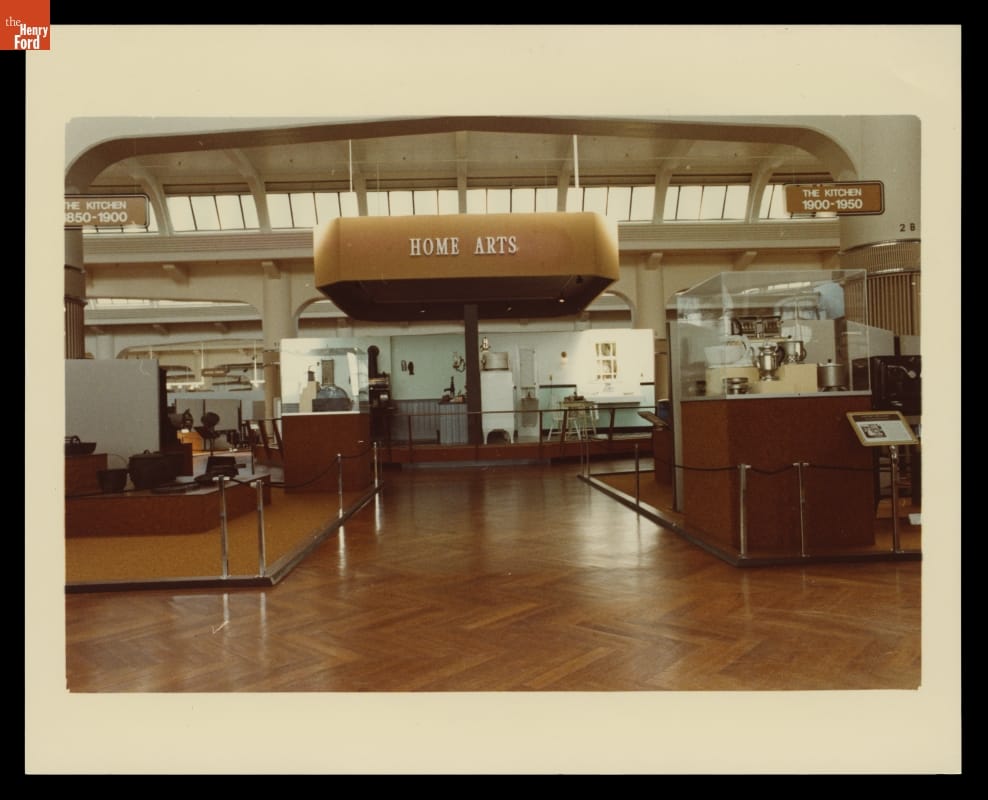 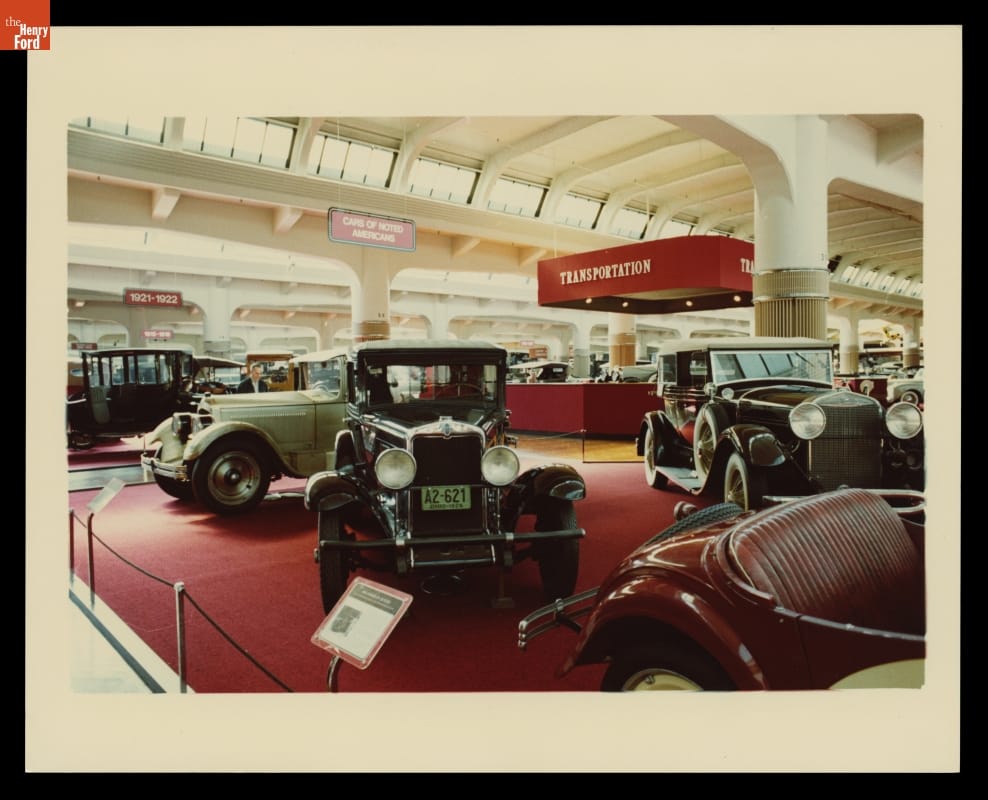 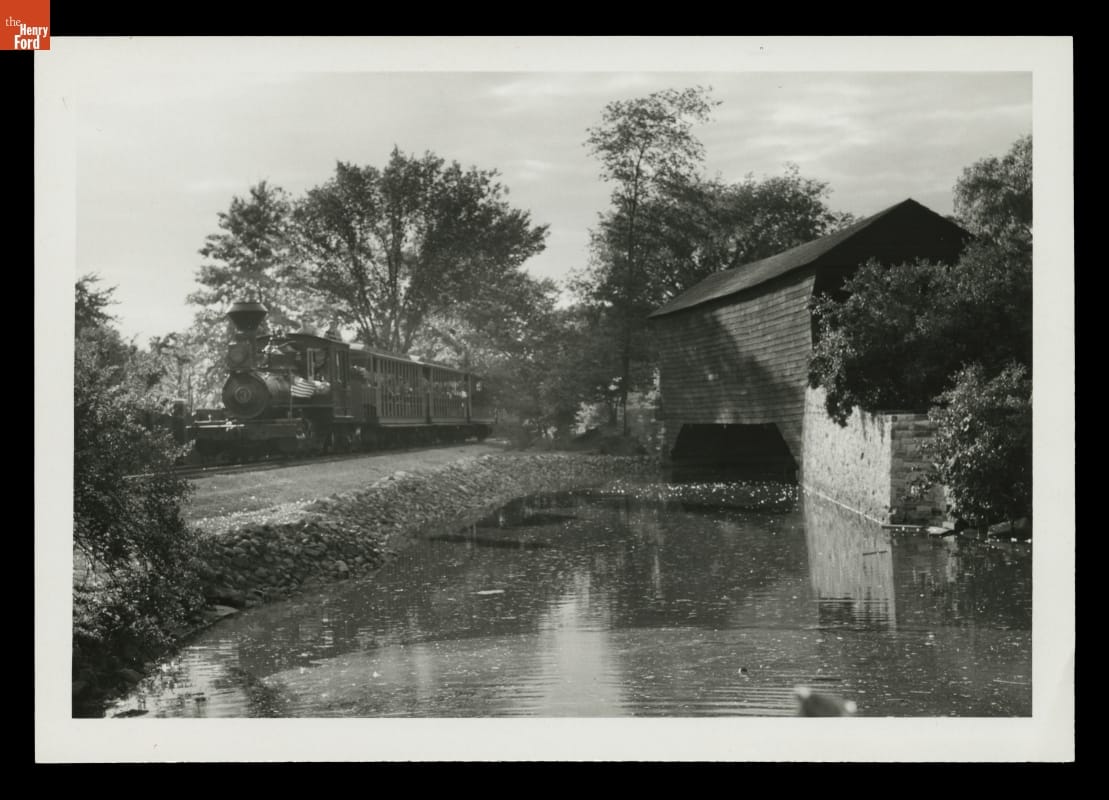 With an unmatched treasury of America’s past already at their fingertips, the staff at Henry Ford Museum continued Henry Ford’s vision as they began to add to the collection. 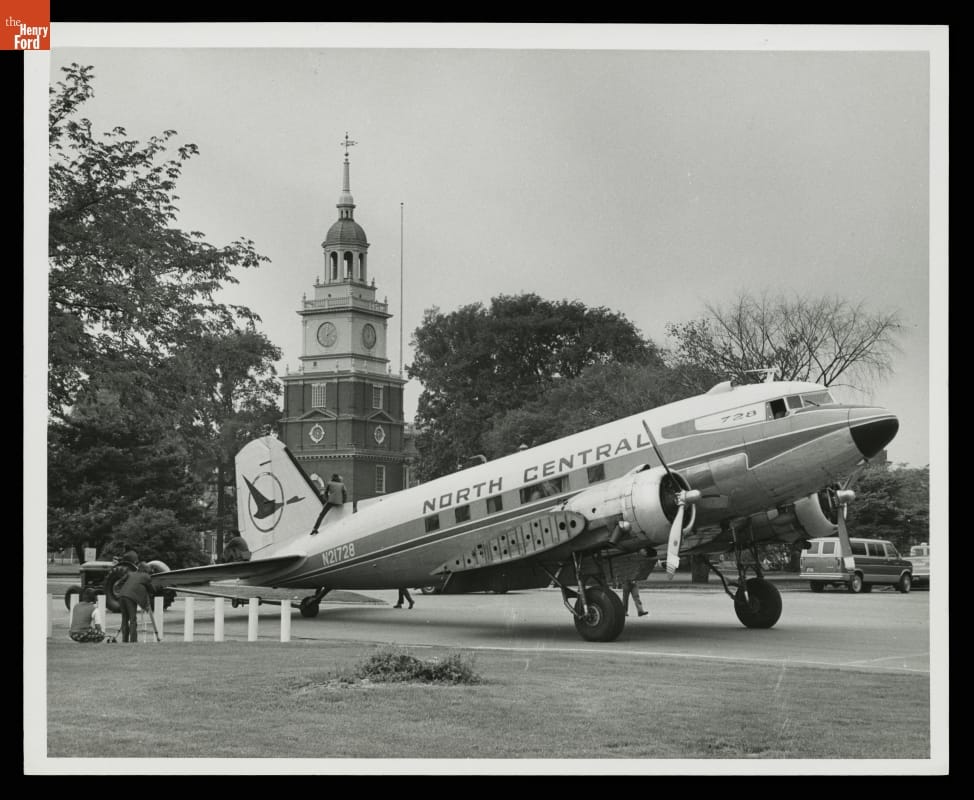 In 1974, North Central Airlines (known today as our partner Delta after a series of mergers) donated a 1939 DC-3 Douglas airplane that, at the time of its donation, had flown more than 85,000 hours, more than any other plane. In 1978, the Ford Motor Company donated the limousine President and Mrs. John F. Kennedy rode in when he was assassinated in Dallas in 1963. The car, leased by the government from Ford Motor Company, was extensively rebuilt and then used by four presidents after Kennedy. The Ford Motor Company donation stipulated that the car could not be displayed until the Kennedy children reached adulthood. 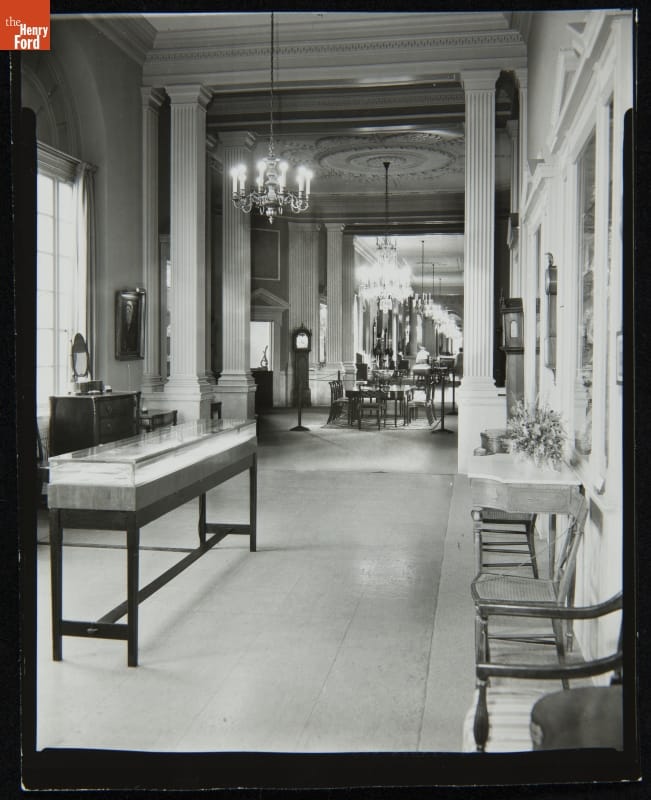 In the 1970s, museum staff began to place more emphasis on collection decorative and fine arts, such as furniture and paintings. The museum’s research library began to acquire engravings, rare books, and documents associated with the early history of the country, such as an original Paul Revere engraving of the Boston Massacre and a copy of the famous “Stamp Act,” published in London in 1761. In the early 1970s, the museum purchased an extraordinary collection of 19th century quilts made my Susan McCord, an Indiana farmwife. 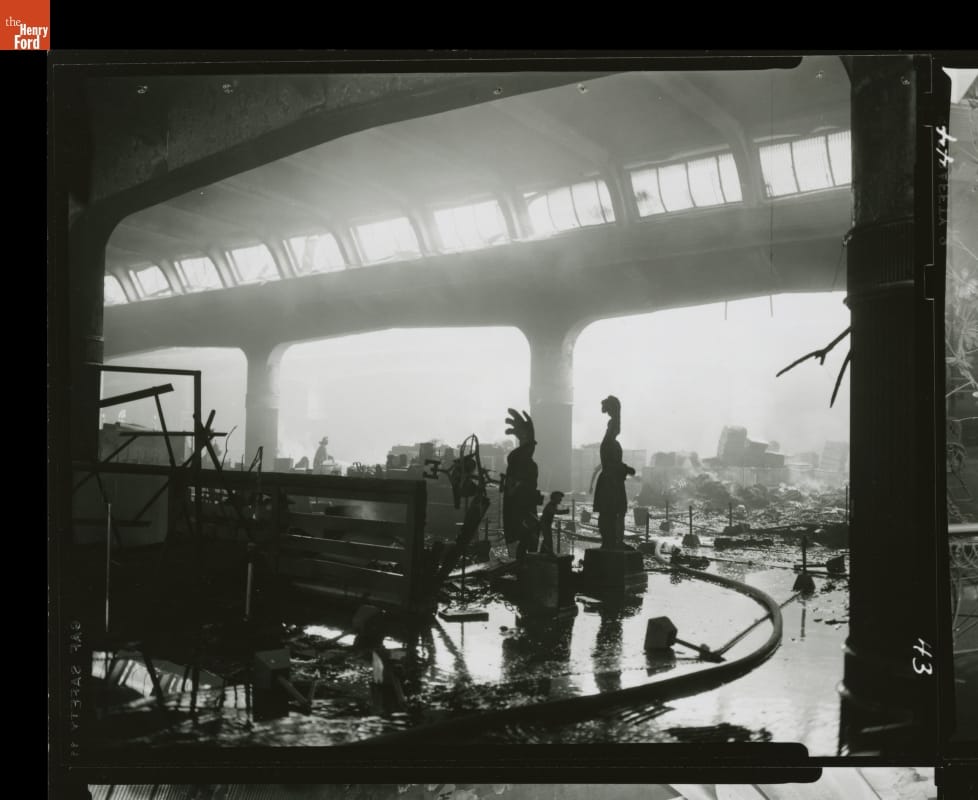 As the museum staff worked to make significant improvements to the museum experience, they faced another challenge. In August 1970, as more than 1,000 visitors toured the exhibits, a fire broke out in the museum. It was one of the worst fires to ever hit an American museum, destroying hundreds of artifacts, including major portions of the textile collections. Though the museum reopened to the public in just two days, it was a full year before the building was completely repaired. 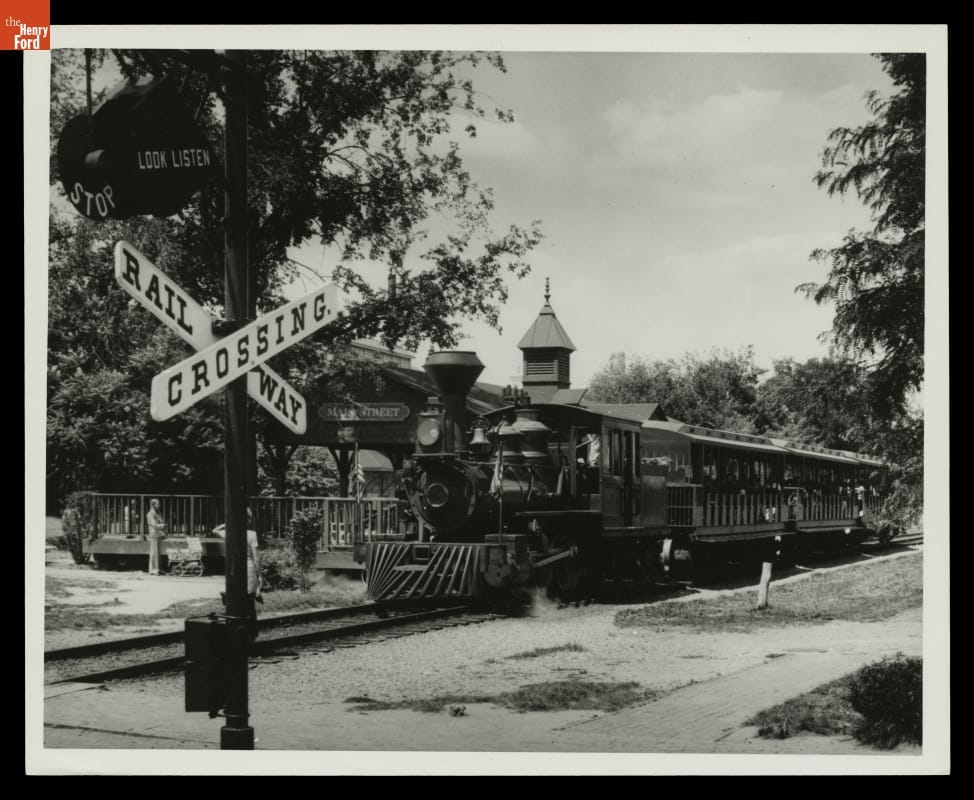 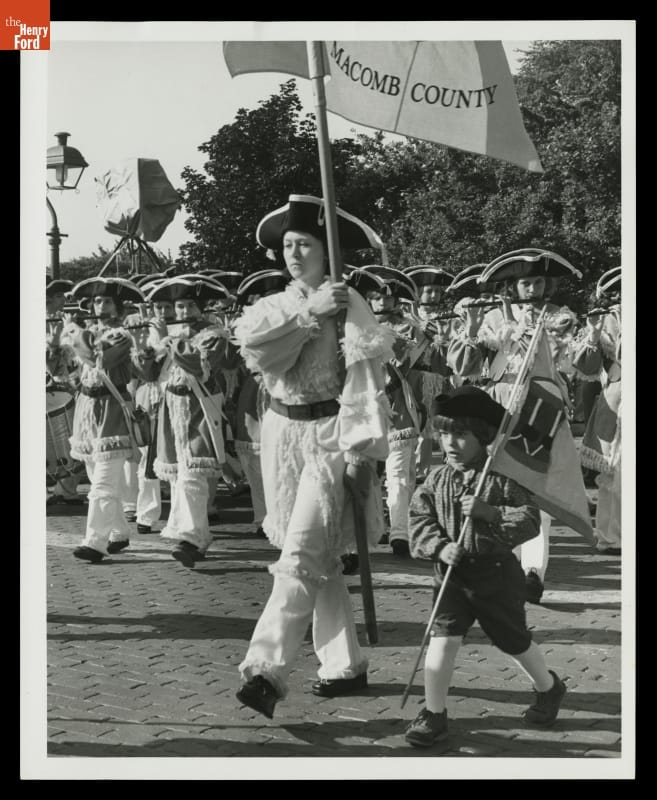 This decade witnessed a flurry of planning and construction, with a steady stream of improvements designed to broaden the appeal and educational impact of Henry Ford Museum and Greenfield Village. (Attendance at historic sites was climbing during the early 1970s as the nation moved toward the bicentennial of its founding.) The expansion was intended to attract new audiences and set the institution on a path to self-sufficiency. In Greenfield Village, the most dramatic changes were the new railroad and period amusement park. The railroad line, completed in 1972, circled the village perimeter. Visitors rode in open cars, pulled by a steam locomotive. The train quickly became a visitor favorite. 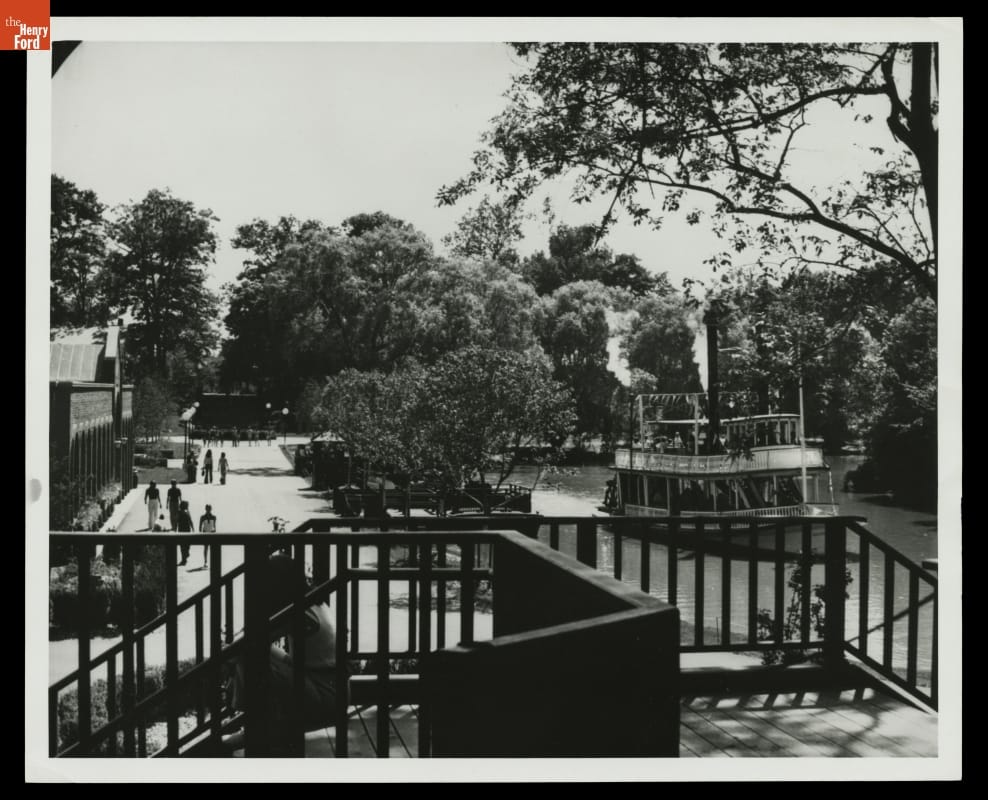 Suwanee Park, located alongside the Suwanee Lagoon, opened in 1974 as a recreation of a turn-of-20th amusement park. The complex was designed to be a “focal point fun,” offering a “nostalgic look at how American amused themselves in bygone days.” The centerpiece of the new amusement park complex was a restored, fully operational, 1913 Herschell-Spillman Carousel.

Additions Made to the Collections: 1970s 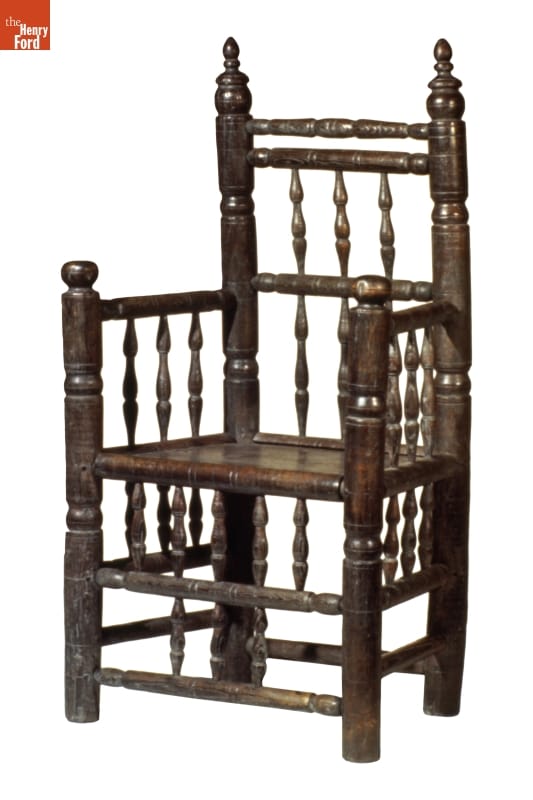 “Brewster” Chair, 1969 In 1970, the Museum purchased what was believed to be a rare and remarkable 17th century armchair. In 1977, a story broke about a woodworker who attempted to demonstrate his skill by making a similar chair that would fool the experts. Analysis proved the Museum's chair was the woodworker's modern fake. Today we use this chair as a teaching tool in understanding traditional craft techniques. - Charles Sable, Curator of Decorative Arts 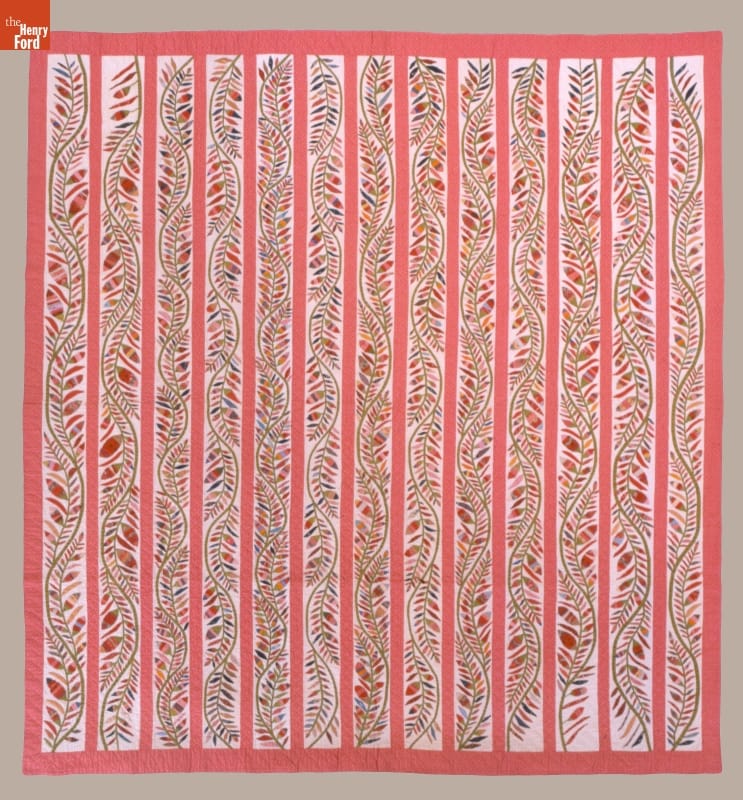 Susan McCord Vine Quilt In 1970, a fire in Henry Ford Museum destroyed many objects on exhibit and in storage--including much of the quilt collection. Curators soon began to fill the void. An exceptional acquisition in 1972 brought ten quilts made by Indiana farmwife Susan McCord--an ordinary woman with an extraordinary sense of color and design. This distinctive vine pattern is a McCord original, made by sewing together fabric scraps to create over 300 leaves for each of the thirteen panels. McCord’s quilts remain among the most significant in the museum’s collection. - Jeanine Head Miller, Curator of Domestic Life 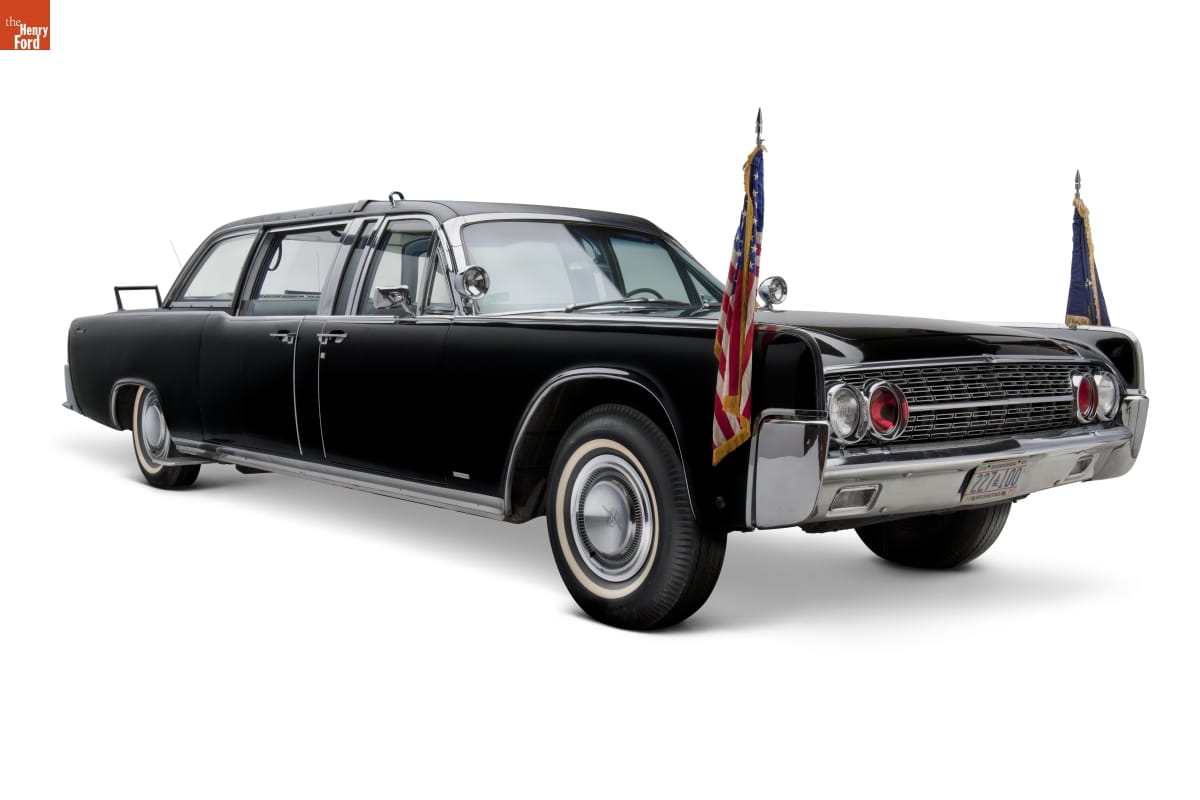 1961 Lincoln Continental Presidential Limousine For years, the White House leased Lincoln parade limousines from Ford Motor Company. When the leases ended, Ford Motor reclaimed the cars and generously gifted them to The Henry Ford. This arrangement enabled our unmatched collection of presidential vehicles. None is more significant than the 1961 Continental that carried President Kennedy through Dallas in November 1963. Following the assassination, the open car was rebuilt with a permanent roof, armor plating, and other protective features and put back into service. The Henry Ford acquired the limo in 1978 and first exhibited it -- alongside its 1939 and 1950 Lincoln predecessors -- in 1981. - Matt Anderson, Curator of Transportation 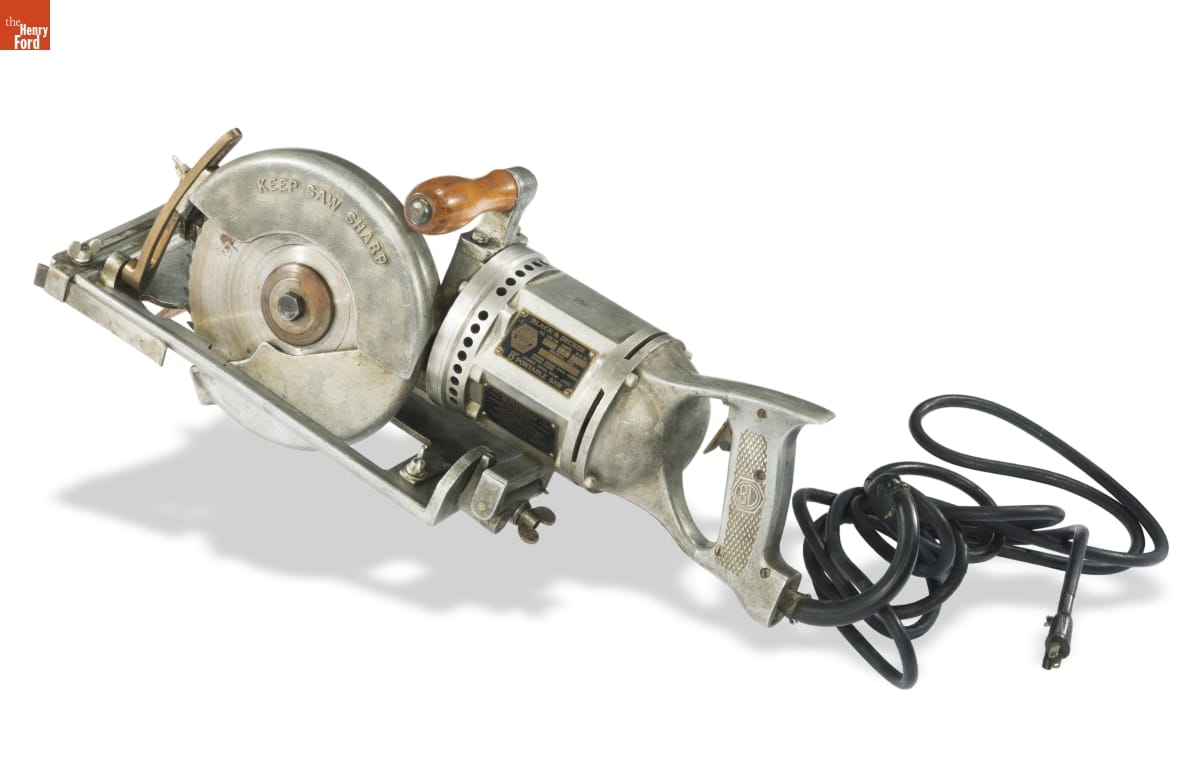 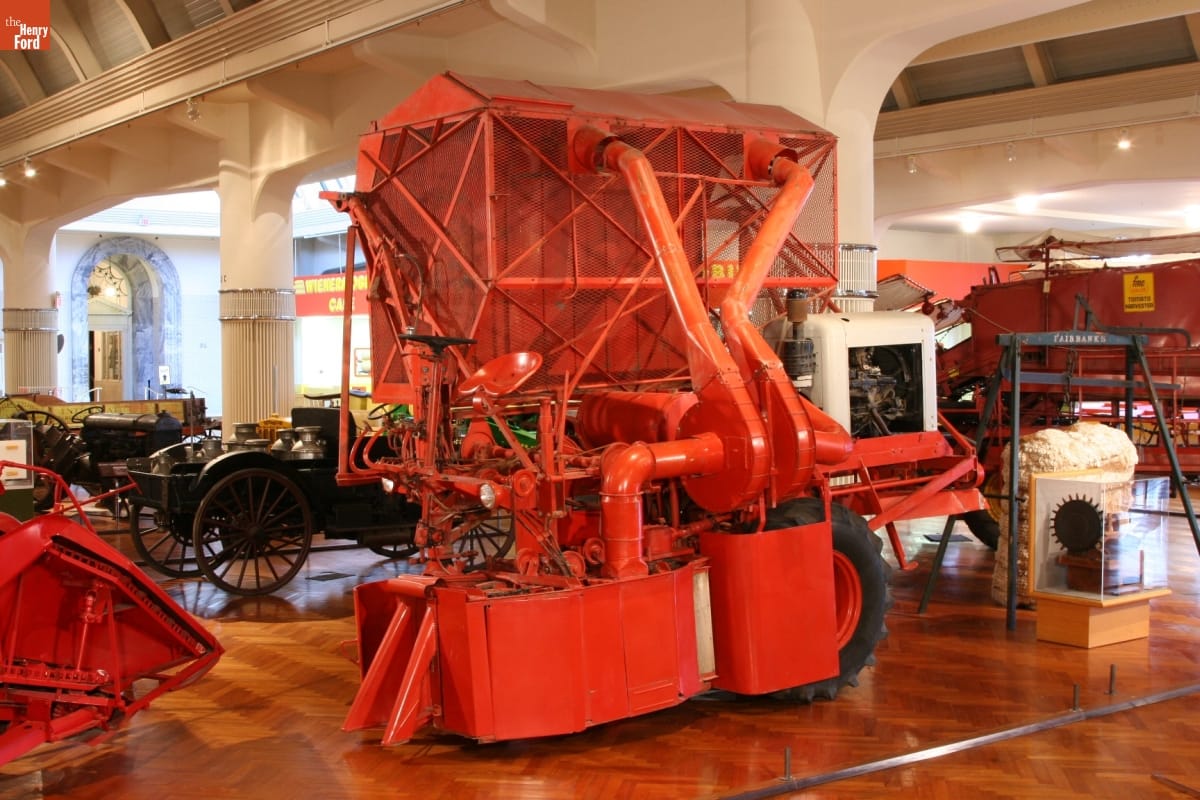 Self-Propelled Cotton Picker, 1950  John Rust invented a wet-spindle system for mechanically picking cotton in 1928. By 1933 his machine picked five bales per day (2,500 lbs). Peter Cousins, Curator of Agriculture, wanted one of Rust’s machines, and Allan Jones agreed to donate his 1950 picker, named "Grandma," in 1975. Twenty years of life intervened before the picker arrived at The Henry Ford in January 1995. -Debra Reid, Curator of Agriculture and the Environment