February 20, 2019 THF 90
In 1927, Greenfield Village was “born,” as Henry Ford began to acquire buildings and move them to Dearborn for his historical village. The first building Ford bought was the Clinton Inn (now Eagle Tavern), which came from the village of Clinton, Mich., about 45 miles west. 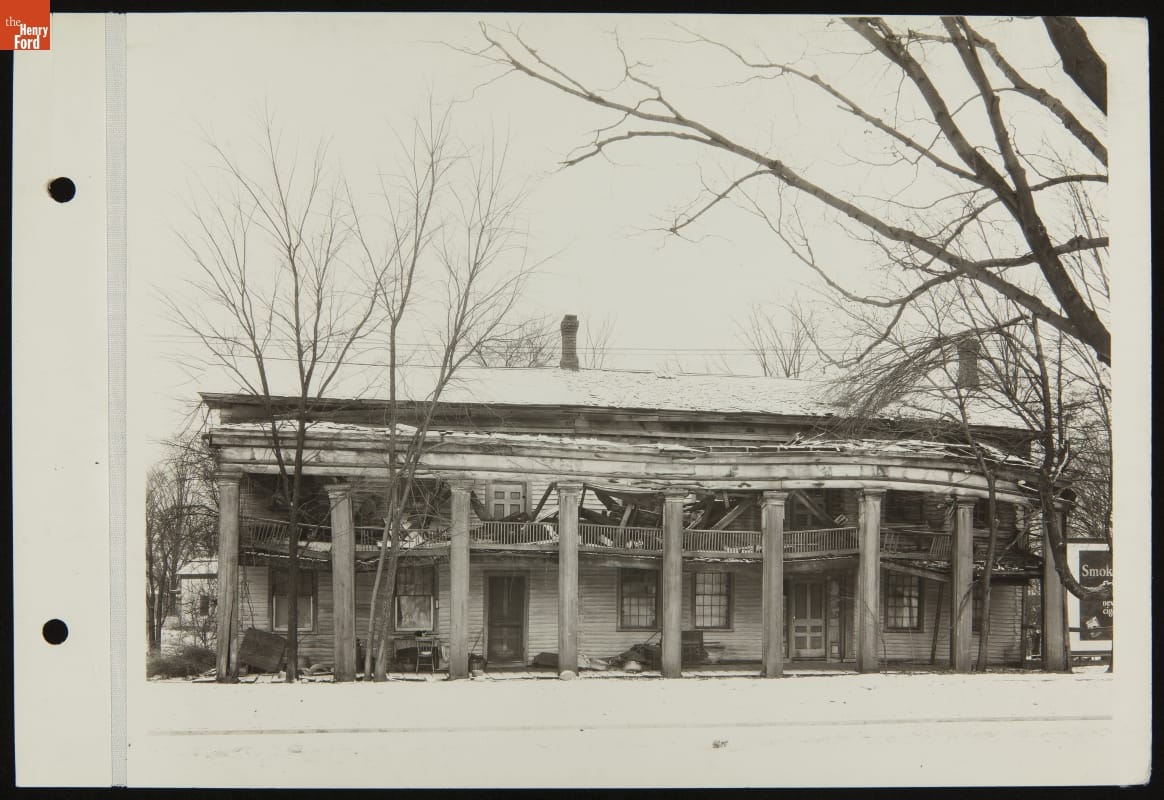 The dilapidated 1831 stagecoach inn had stood on the Chicago Road in Clinton for almost 100 years. Ella Smith, its owner, still lived in the badly deteriorated building. As Henry Ford’s agents stood inside the crumbling structure, they worried it might collapse. One of Ford’s assistants observed, “There was only one man in 4,000 that would consider it anything but a pile of junk.” Yet, Henry Ford’s vision and resources assured that this early 1830s inn--built when Michigan was still a territory--survived. 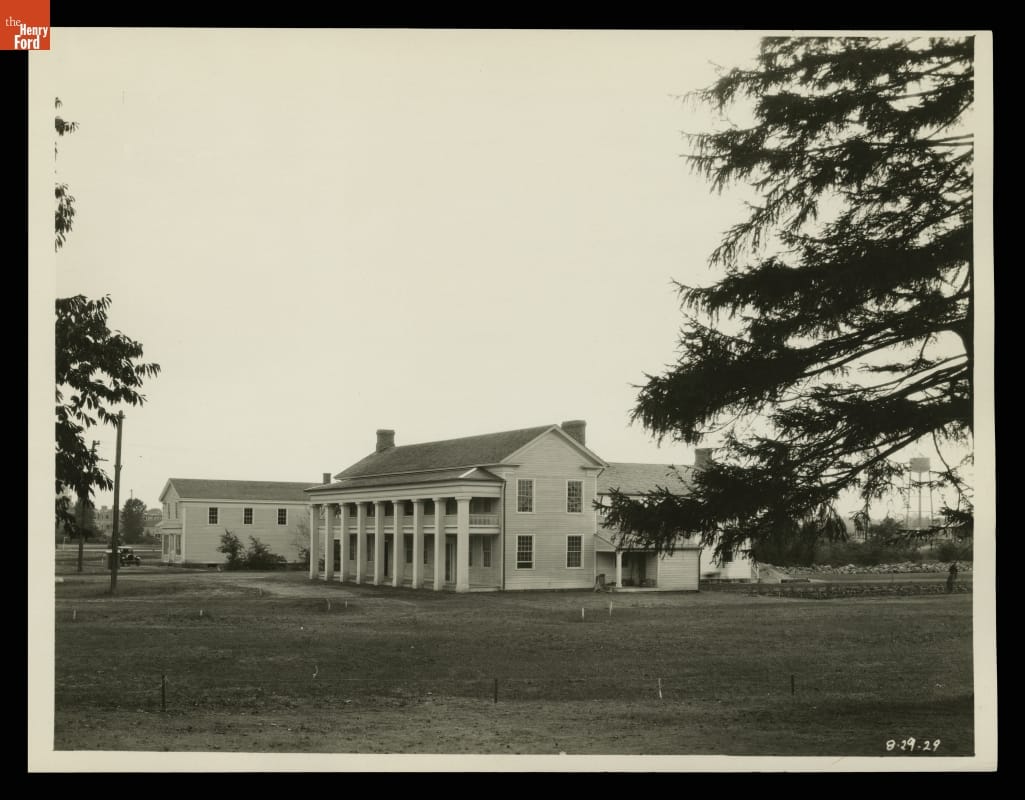 By summer 1929, the inn stood--restored--on the village green, as Greenfield Village continued to take shape around it.

You can find more Eagle Tavern artifacts in our digital collections.