The Henry Ford acquires a poster portfolio as a way to document one of the largest protest movements in U.S. history

About half of the Signal-Return solidarity posters acquired by The Henry Ford.

“Justice Can’t Wait,” “Make Good Trouble,” “No Justice No Peace.” These are just a few of the messages that appear in a collection of letterpress posters recently acquired from Signal-Return printshop by The Henry Ford. In the history of well-designed posters, brevity of words and a strong visual impact work together to communicate messages at a glance. Boldly capitalized, imprinted in flat black ink on brown or white chipboard by the embossing strike of a printing press—these posters are meant to generate a feeling of urgency.

In early June 2020, Detroit’s nonprofit letterpress organization Signal-Return responded to the civil unrest sparked by the deaths of George Floyd, Breonna Taylor, Ahmaud Arbery, and others by producing free protest posters. The project was undertaken in solidarity with the principles behind the Black Lives Matter movement, with the intent that the posters would be carried by supporters in protests.

The remainder of the Signal-Return solidarity posters acquired by The Henry Ford.

Using social media to spread the word about their project, Signal-Return offered to create small batches of custom posters for the metro Detroit community, free of charge. As stated in their announcement, “The printing press has been, since its invention, a powerful tool of protest and an agent of change. Let us provide posters to aid in this effort.” Each recipient was asked to submit a concise five-word message through an online form. A few days later, the posters were ready for pickup “social distance style” across the roped-off front entry of the printshop. Many of these posters were visible throughout Detroit in the summer of 2020 at protests and taped to store windows, streetlight poles and freeway overpasses. 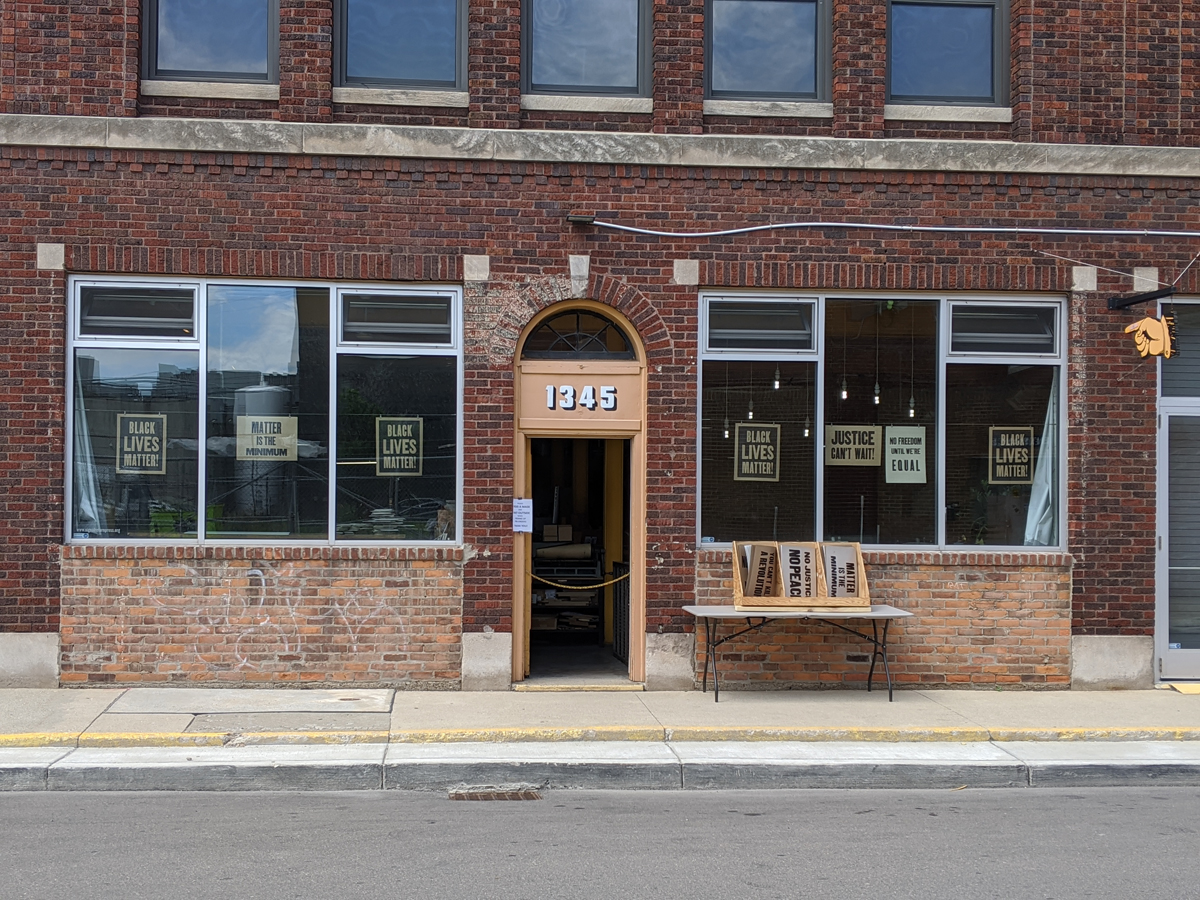 By September 2020, Signal-Return’s director, Lynne Avadenka, counted a total of 168 individual requests. Some requests repeated popular protest language of the day, while others were entirely unique and personal. Thanks to Signal-Return’s donation, The Henry Ford has acquired a portfolio of 44 examples as a way to document one of the largest protest movements in the history of the United States. The method by which they were acquired—called “rapid response collecting” by museum professionals—allows museums to collect stories of current events and major moments in history as they unfold.


Kristen Gallerneaux is Curator of Communications and Information Technology at The Henry Ford. This story was originally published in the January–May 2021 issue of The Henry Ford Magazine, available on Issuu.