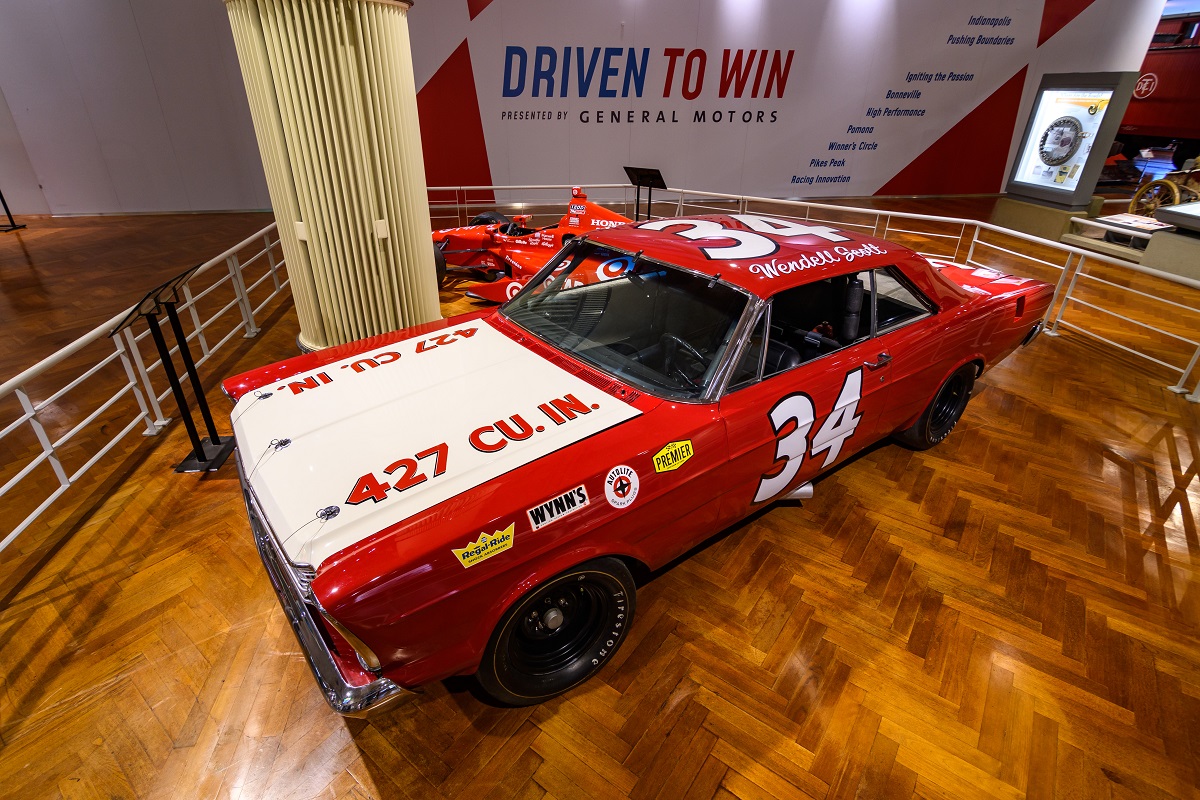 Stock car racing is a difficult business. Budgets and schedules are tight, travel is grueling, and competition is intense. Imagine facing all of these obstacles together with the insidious challenge of racism. Wendell Scott, the first African American driver to compete full-time in NASCAR’s top-level Cup Series, overcame all of this and more in his winning and inspiring career. 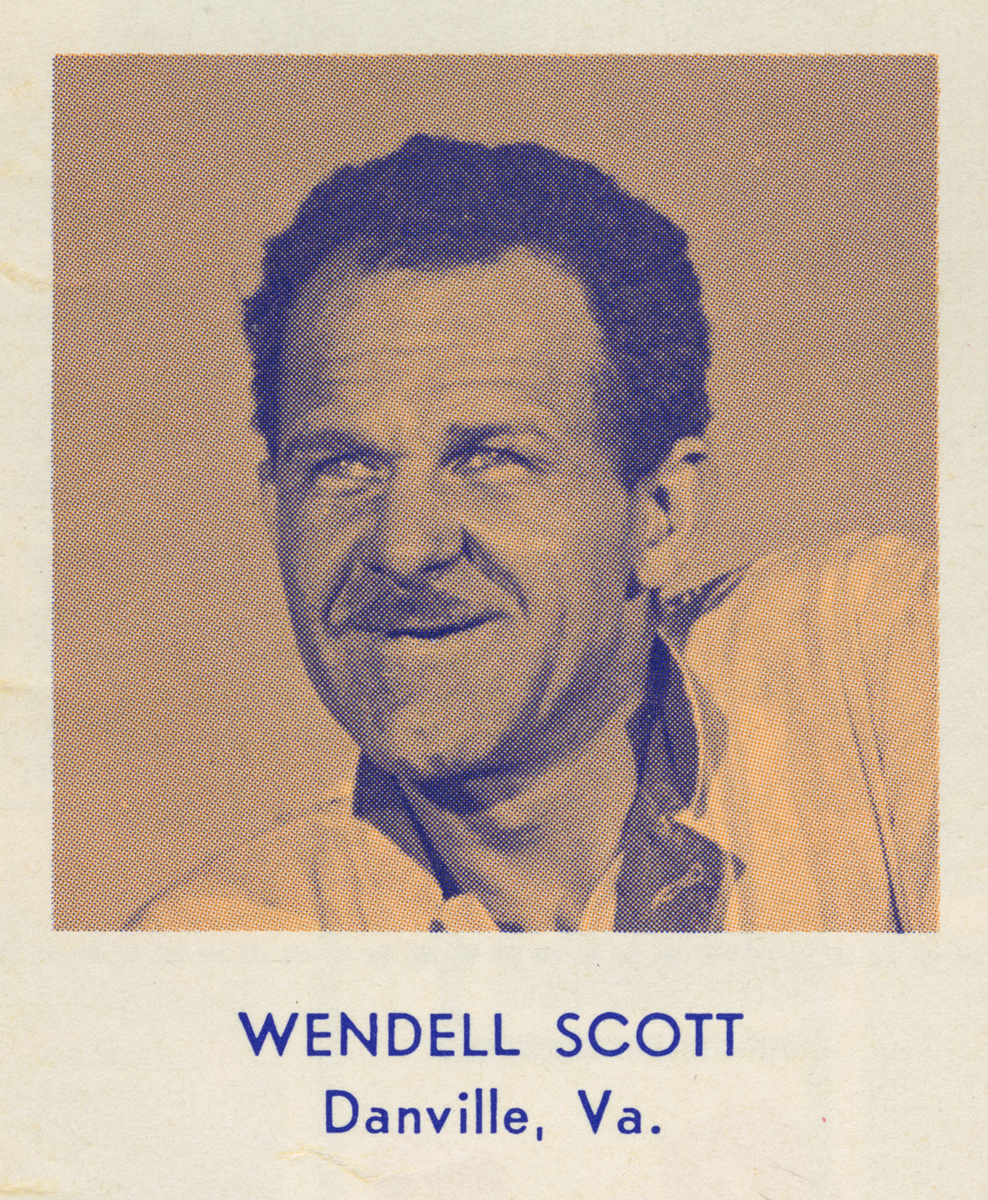 Born in Danville, Virginia, in 1921, Scott served in the motor pool during World War II, developing skills as a mechanic that would serve him well throughout his motorsport career. He started racing in 1947, quickly earning wins on local stock car tracks. Intrigued by the new National Association for Stock Car Auto Racing (NASCAR), formed in 1948, Scott traveled to several NASCAR-sanctioned events intent on competing. But each time, officials turned him away, stating that Black drivers weren’t allowed.

Undaunted, Scott continued to sharpen his skills in other stock car series. He endured slurs and taunts from crowds, and harassment on and off the track from other drivers, but he persevered. Of necessity, Scott was his own driver, mechanic, and team owner. Gradually, some white drivers came to respect Scott’s abilities and dedication to the sport. Through persistence and endurance, Scott obtained a NASCAR competition license and made his Cup Series debut in 1961. He started in 23 races and earned five top-five finishes in his inaugural season. On December 1, 1963, with his victory in a 100-mile race at Speedway Park in Jacksonville, Florida, Wendell Scott became the first Black driver to win a Cup Series event. 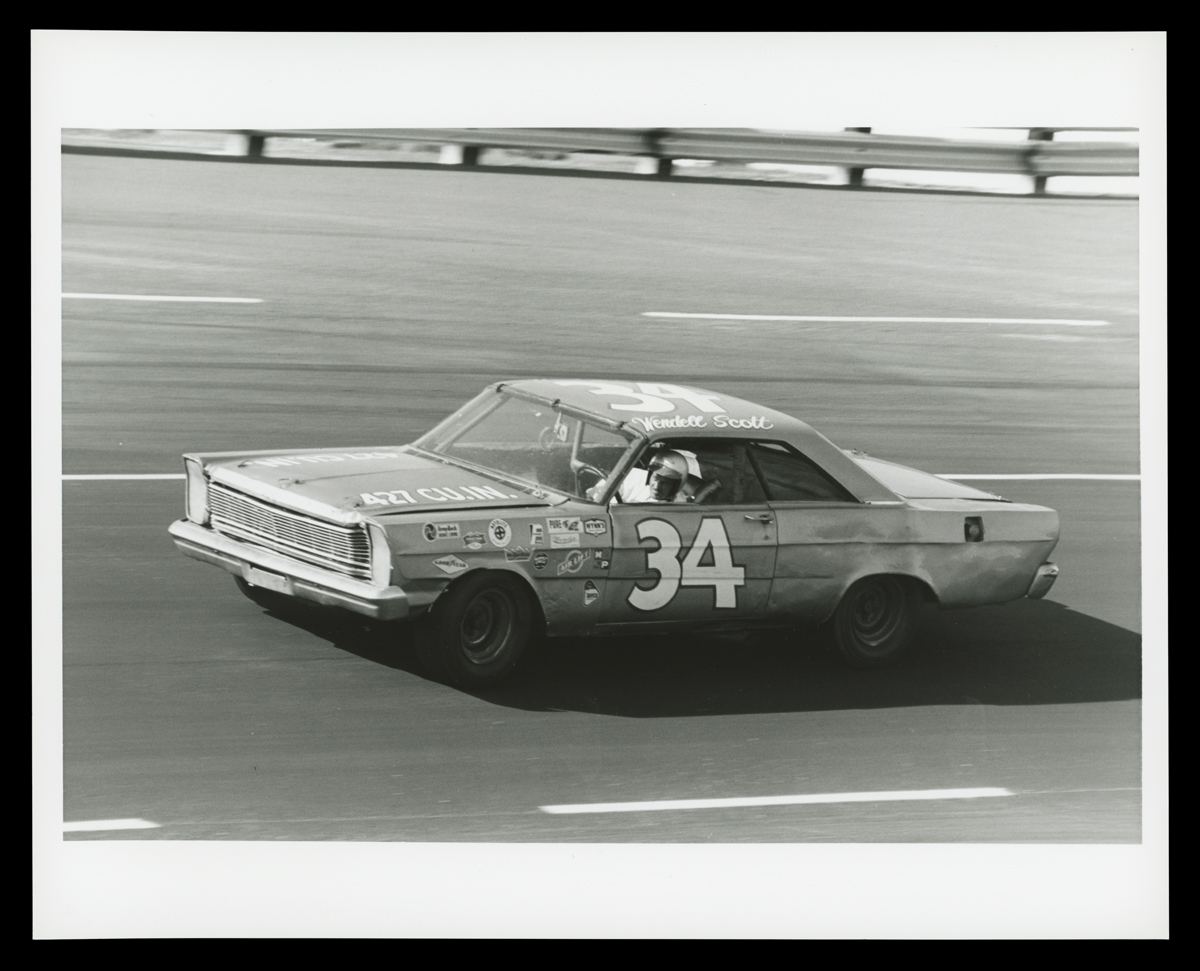 But that win did not come easy—even after the checkered flag fell. The track was rough, many drivers made multiple pit stops, and no one was sure just how many laps some cars had completed, or who truly had the lead. Initially, driver Buck Baker was credited with the victory. Baker went to Victory Lane, posed for photos, addressed the press, and headed home. Wendell Scott was certain that he had won and, as was his right, immediately requested a formal review. After two hours, officials determined that Scott was, in fact, the true winner. Scott received the $1,000 cash prize, but by that time the ceremony, the trophy, and the press were long gone. (The Jacksonville Stock Car Racing Hall of Fame presented Scott’s widow and children with a replica of the missing trophy in 2010—nearly 50 years later.)

Throughout his career, Scott never had the support of a major sponsor. He stretched his limited dollars by using second-hand cars and equipment. During the 1967–68 seasons, he ran a 1966 Ford Galaxie he acquired from the Holman-Moody racing team. That Galaxie was one of 18 delivered from Ford Motor Company to Holman-Moody for the 1965–66 NASCAR seasons. During the 1966 season, Cale Yarborough piloted the Galaxie under #27. Scott campaigned the car under his own #34, notably driving it at the 1968 Daytona 500 where he finished seventeenth. 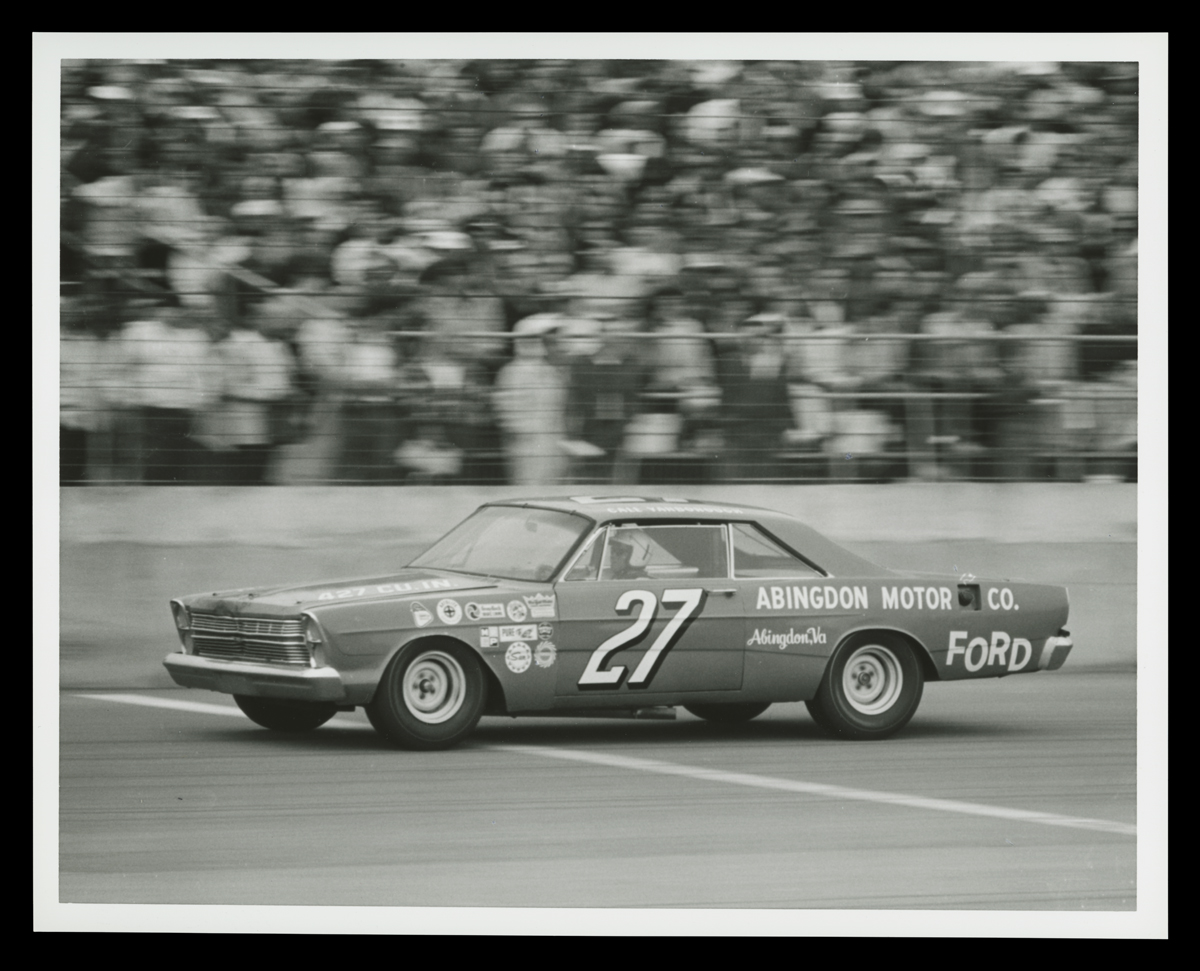 Wendell Scott’s Cup Series career spanned 13 years. He made 495 starts and earned 147 top-ten finishes. He might have raced longer if not for a serious crash at Talladega Superspeedway in 1973. Scott’s injuries put him in the hospital for several weeks and persuaded him to retire from competitive driving. Scott passed away from cancer in 1990, but not before seeing his life story inspire the 1977 Richard Pryor film Greased Lightning.

Scott’s 1966 Ford Galaxie is on loan to The Henry Ford courtesy of Hajek Motorsports, which previously loaned the car to the NASCAR Hall of Fame in Charlotte, North Carolina. We are proud to exhibit it, and to share the story of a pioneering driver who overcame almost every conceivable challenge in his hall-of-fame career.