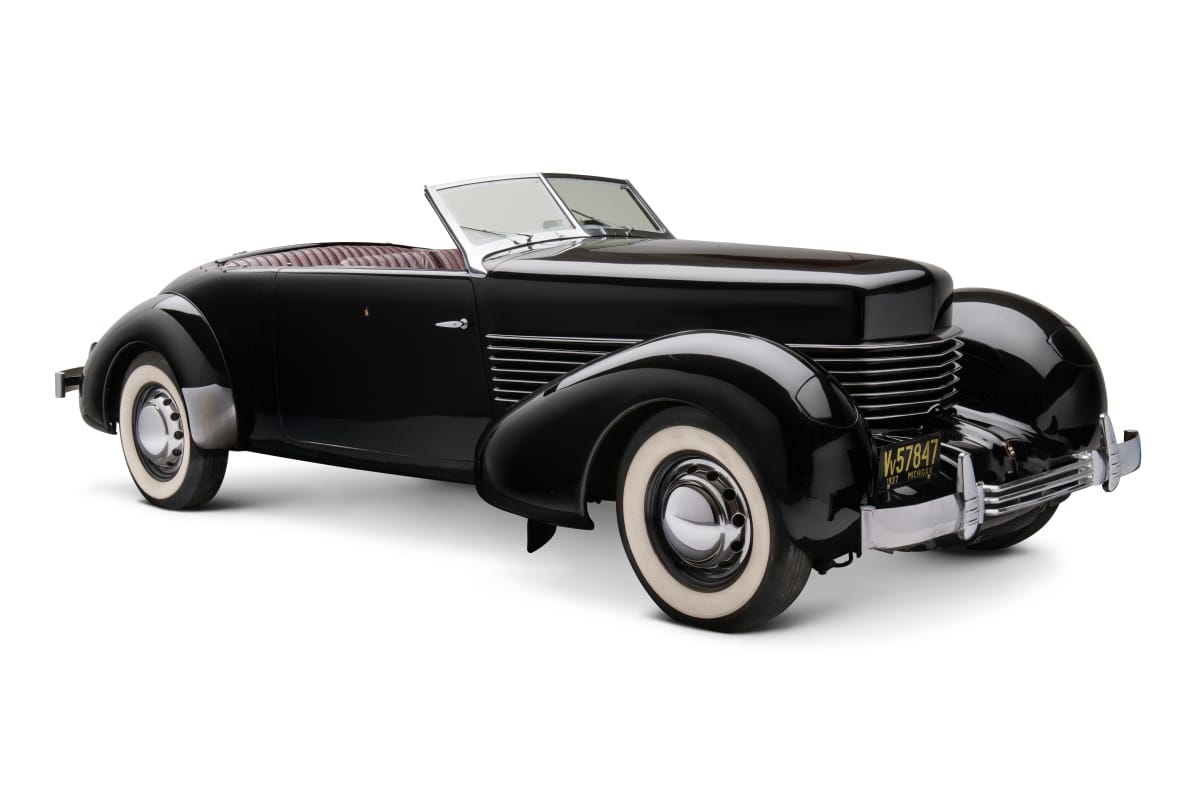 Although it wasn’t the most expensive car of its day, the 1937 Cord was pricey. But its Depression-era buyers were well-off and didn’t mind a stylish car that attracted attention. The Cord’s swooping fenders, sweeping horizontal radiator grille, and hidden headlights were unlike anything else on American highways. And although it wasn’t the first, the Cord was the only front-wheel-drive production car available in America for the next three decades. 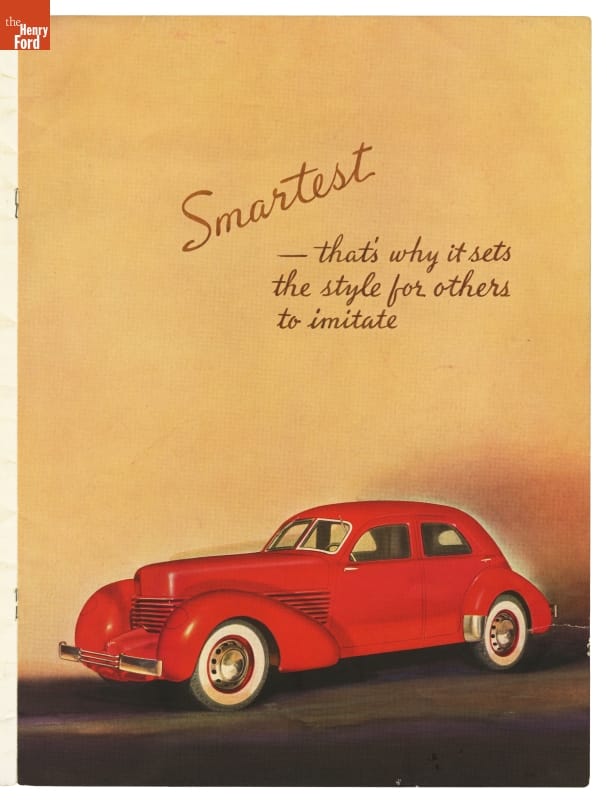 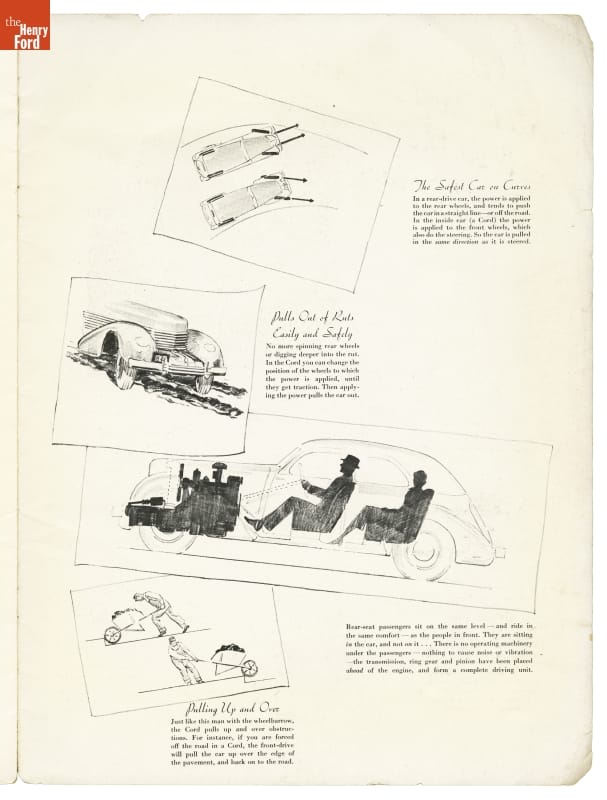 The company’s definition of luxury included not only the Cord’s styling but also its comfort, its ease of driving and parking, and the advantages of front-wheel drive. THF83513 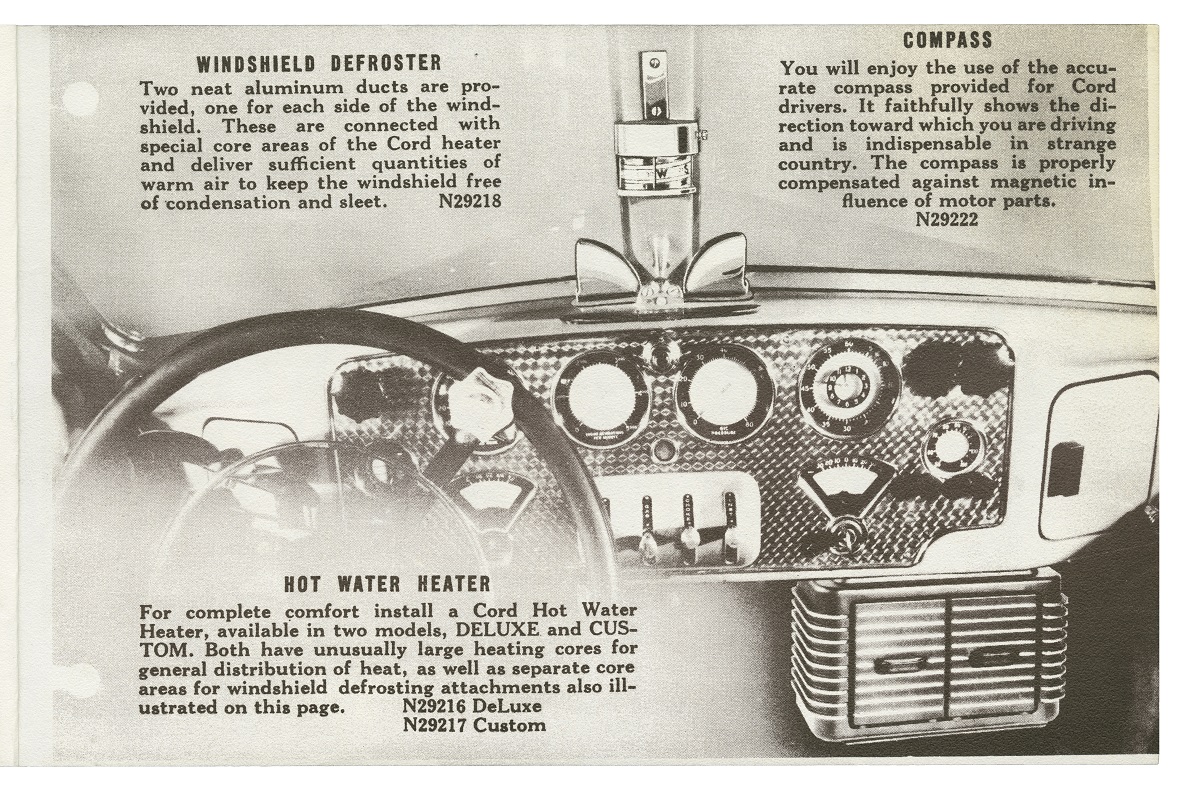 Customers who wanted even more luxurious touches could buy accessories from the dealer. The Cord Approved Accessories catalog for 1937 included some items now considered basics, such as a heater, a windshield defroster, and a compass. Image (THF86243) taken from copy of catalog.