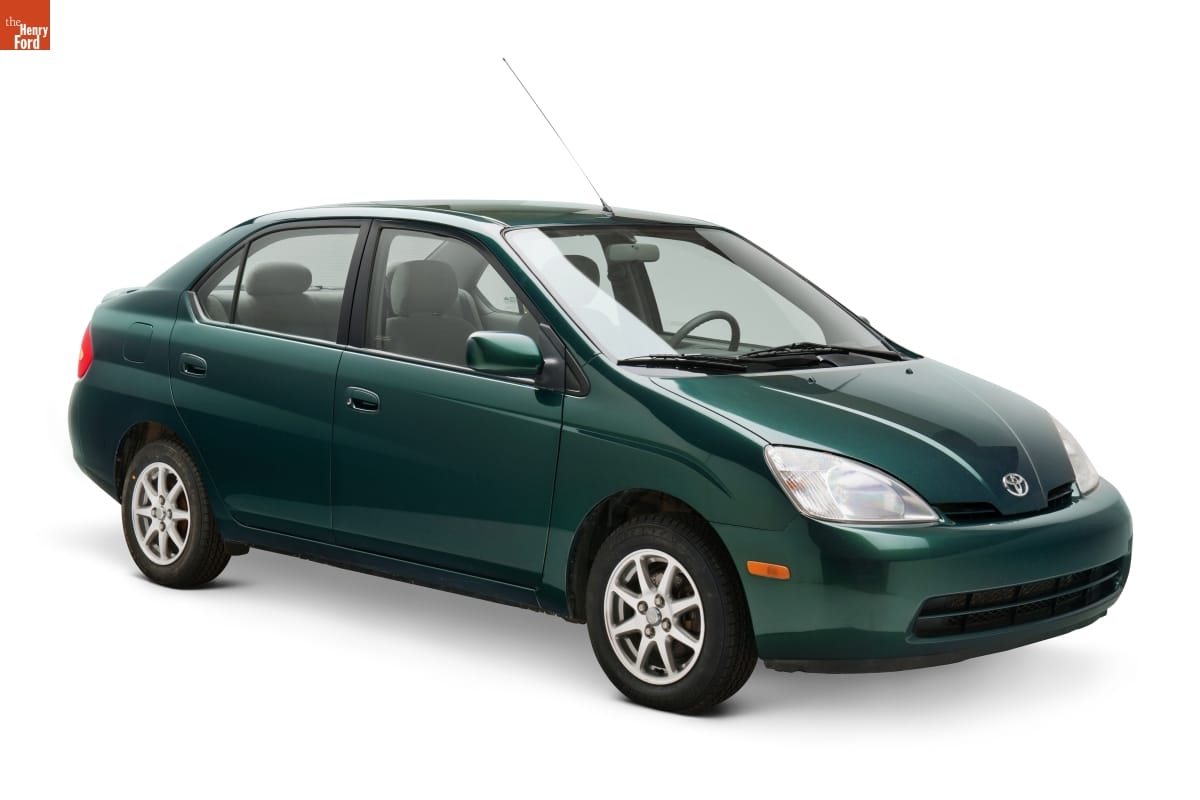 In the early 21st century, the threat of global warming and the end of cheap gas worried many drivers. Among drivers’ options was buying a gasoline-electric hybrid such as this Prius. The hybrid concept was over 100 years old, but new technologies made it practical. Hybrids cost more but reduce fuel consumption, which leads to lower emissions. 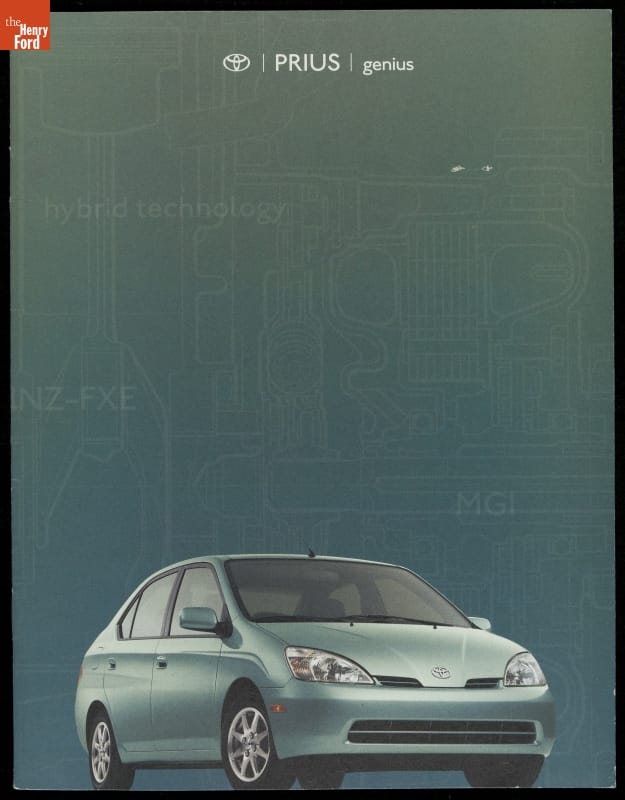 Toyota introduced the Prius in Japan in 1997 and then worldwide in 2000. The price was steep for a compact, but tax credits offset some of the cost, and drivers got a little environmental peace of mind in the deal, too. THF206198 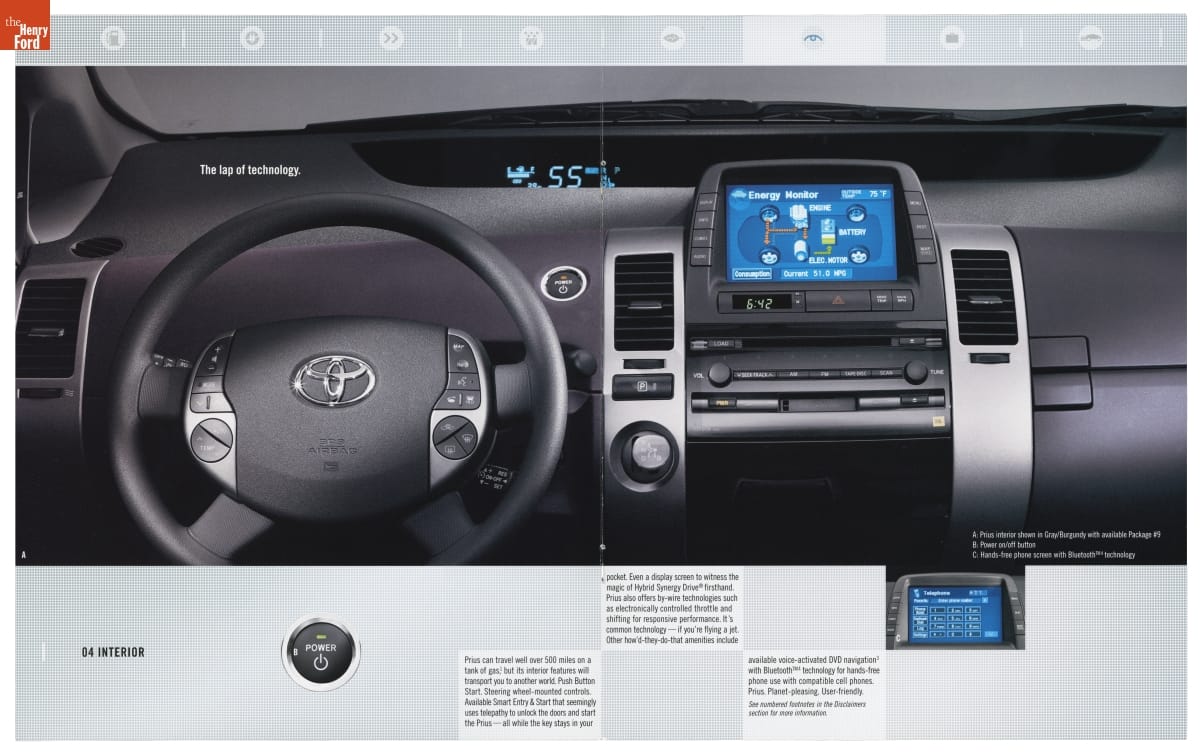 One of the selling points of modern hybrid cars is that computers do all the work. But many owners like monitoring the car’s operation on the in-dash screen and enjoy minimizing fuel usage. This image shows the dashboard of a 2004 Prius. THF101127 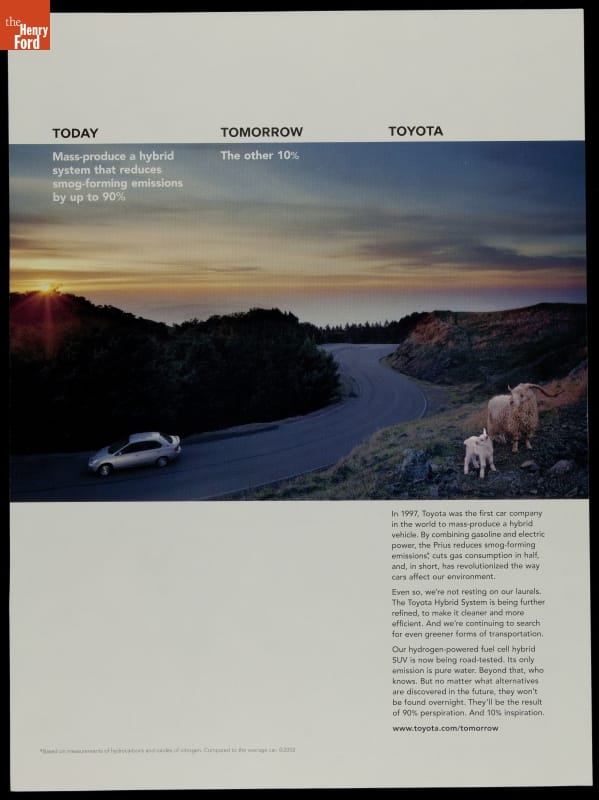 Toyota pointed to the Prius as proof of its commitment to the environment. This 2001 advertisement highlighted the company’s efforts to refine its hybrid system in a continued “search for even greener forms of transportation.” THF205087