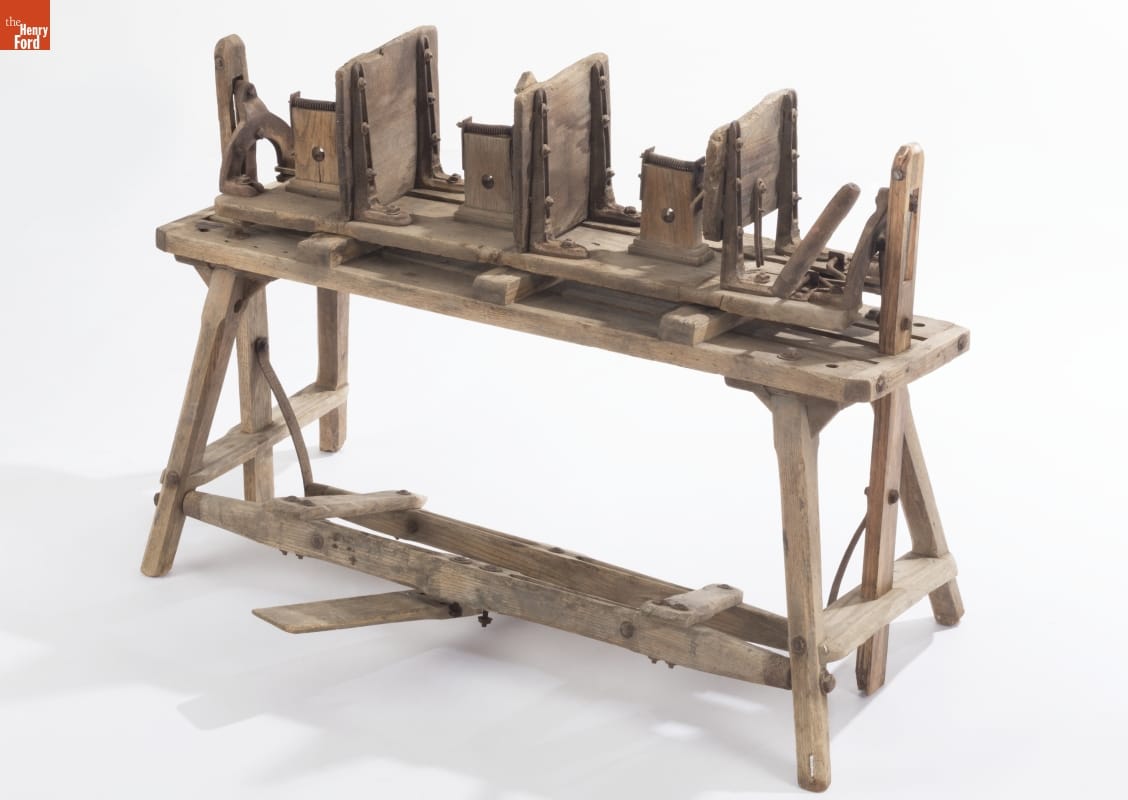 A closer look at an unassuming machine in The Henry Ford’s collection reveals personal stories and reminds us of the far-reaching impacts of what we eat and where we live.

After the Civil War, urban populations swelled. Until this time, farm families had kept flocks of chickens and gathered eggs for their own consumption, but with increased demand for eggs in growing cities, egg farming grew into a specialized industry. Some families expanded egg production at existing farms, and other entrepreneurs established large-scale egg farms near cities and on railroad lines. Networks developed for shipping eggs from farms to buyers – whether wholesalers, retailers, or individuals operating eating establishments.

While farmers who sold eggs directly to customers carried their products to market in different ways, sellers who shipped eggs to buyers standardized their containers to ensure a consistent product. The standard egg case became an essential and enduring part of the egg industry. 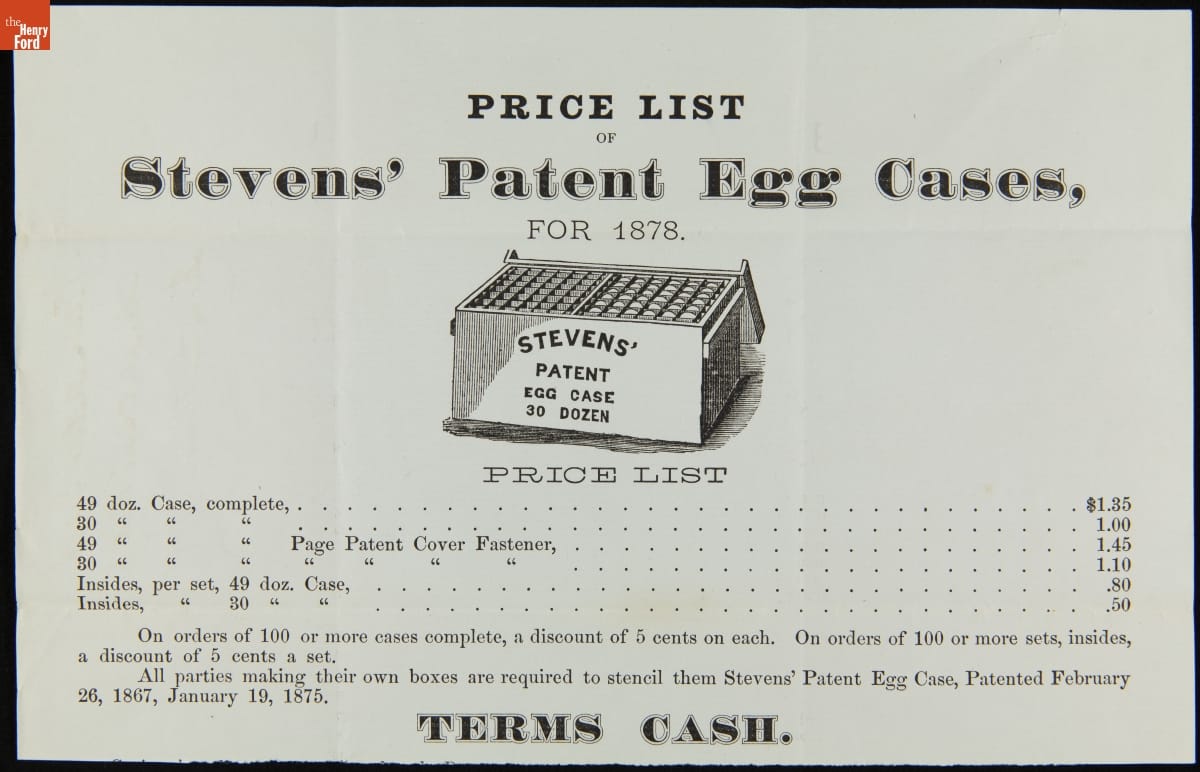 Egg producers initially used different sizes and types of containers to pack eggs for market. As the egg industry developed, standardized cases that held thirty dozen (360) eggs – like this version first patented by J.L. and G.W. Stevens in 1867 – became the norm. THF277733

Egg distributors settled on a lightweight wooden box to hold 30 dozen (360) eggs. The standard case had two compartments that held a total of twelve “flats” – pressed paper trays that held 30 eggs each and provided padding between layers. Retailers who purchased wholesale cases of eggs typically repackaged them for sale by the dozen (though customers interested in larger quantities could – and still can – buy flats of 30 eggs). 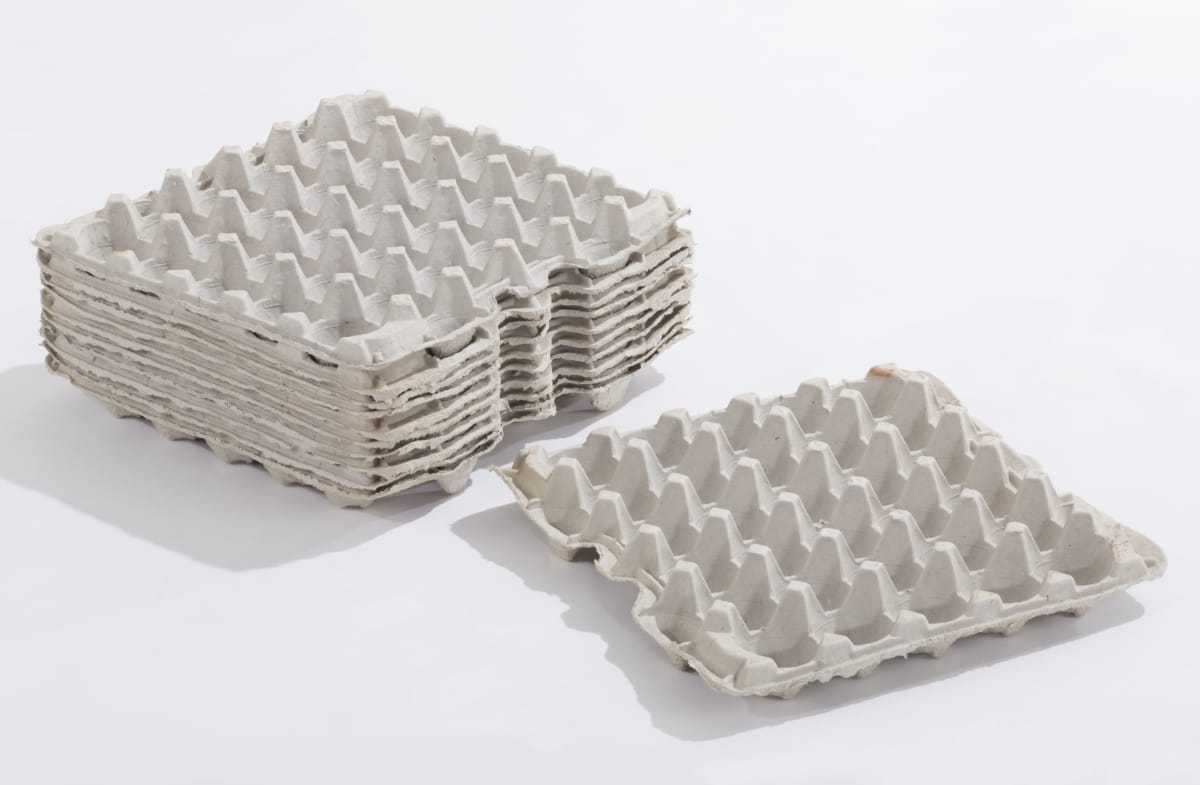 Some egg shippers purchased premade egg cases from dedicated manufacturers. Others made their own. Enter James K. Ashley, who invented a machine to help people build egg cases to standard specifications. Ashley, a Civil War veteran, first patented his egg case maker in 1896 and received additional patents for improvements to the machine in 1902 and 1925. 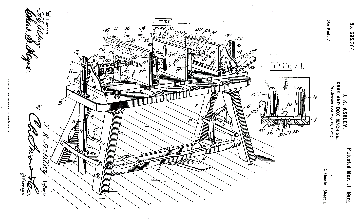 Ashley’s machine, which he marketed as the Champion Egg Case Maker, featured three vises, which held two of the sides and the interior divider of the egg case steady. Using a treadle, the operator could rotate them, making it easy to nail together the remaining sides, bottom, and top to complete a standard egg case, ready to be stenciled with the seller’s name and filled with flats of eggs for shipment.

Ashley’s first customer was William Frederick Priebe, who, along with his brother-in-law Fred Simater, operated one of the country’s largest poultry and egg shipping businesses. As James Ashley continued to manufacture his egg case machines (first in Illinois, then in Kentucky) in the early twentieth century, William Priebe found rising success as the big business of egg shipping grew ever bigger. 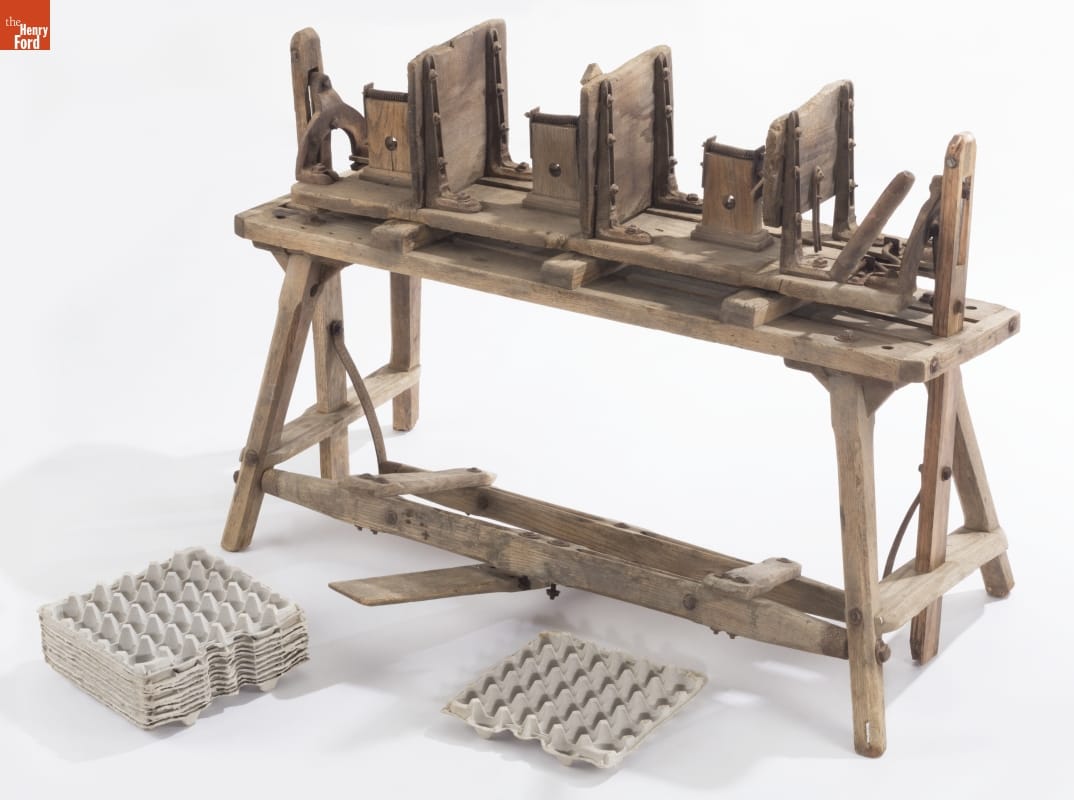 One of James K. Ashley’s Champion Egg Case Makers, now in the collections of The Henry Ford. THF169525

James Ashley received some acclaim for his invention. Ashley’s Champion Egg Case Maker earned a medal (and, reputedly, the high praise of judges) at the St. Louis World's Exposition in 1904. And in 1908, The Egg Reporter – an egg trade publication that Ashley advertised in for more than a decade – described him as “the pioneer in the egg case machine business” (“Pioneer in His Line,” The Egg Reporter, Vol. 14, No. 6, p 77).

While the machine in the The Henry Ford’s collection no longer manufactures egg cases, it still has purpose – as a keeper of personal stories and a reminder of the complex ways agricultural systems respond to changes in where we live and what we eat.

Saige Jedele is Associate Curator, Digital Content, and Debra A. Reid is Curator of Agriculture and the Environment at The Henry Ford. For more information about James K. Ashley and his Champion Egg Case Maker, see Reid’s related article in Midwest Open Air Museums Magazine, Spring 2018.