A Crash Course on the Acquisition Process at The Henry Ford

“Donation - Crash Test Dog” isn’t the type of subject line you typically see on an email. Yet just after Thanksgiving in 2019, that’s exactly what landed in the Benson Ford Research Center’s email queue. Sleepypod, makers of safety-conscious pet carriers and other related pet products, wanted to know if The Henry Ford would be interested in the donation of MAX2, one of the early crash test dogs they had designed to simulate a live pet in a series of crash tests used to demonstrate the increased safety of Sleepypod pet carriers. For the curator’s consideration, Sleepypod provided photos of MAX2, as well as a brief history of how and why he was developed. 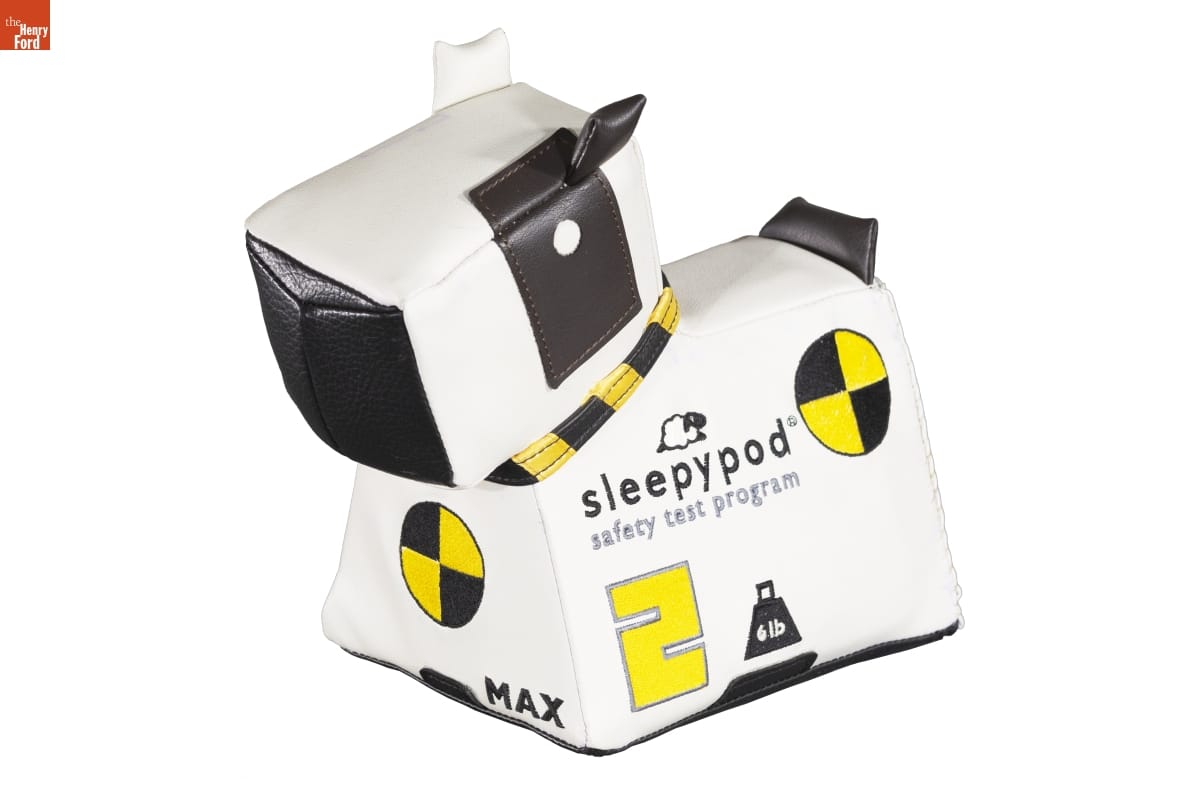 The offer went off to Curator of Transportation Matt Anderson. Intrigued, Matt wanted to follow up on a few questions with the folks at Sleepypod. Of first concern: would Sleepypod be able to hold on to MAX2 until the new year? With just over a month left in 2019, there would be very little time to get MAX2 on site, develop a comprehensive write-up, present it to The Henry Ford’s Collections Committee for approval, and get a deed of gift sent off to—and returned by—Sleepypod. Thankfully, Sleepypod was happy to hold onto MAX2 for us.

Matt was also interested in knowing if the donation would include one of Sleepypod’s pet carriers, and if there was any associated press or marketing material they would be willing to include. Collecting these additional items would help us tell a more complete story about the company and their innovation. Sleepypod responded that not only would they be happy to offer MAX2 with a carrier and marketing material, they would also be interested in donating CLEO 1.0, their first crash test cat. Matt eagerly accepted their offer. 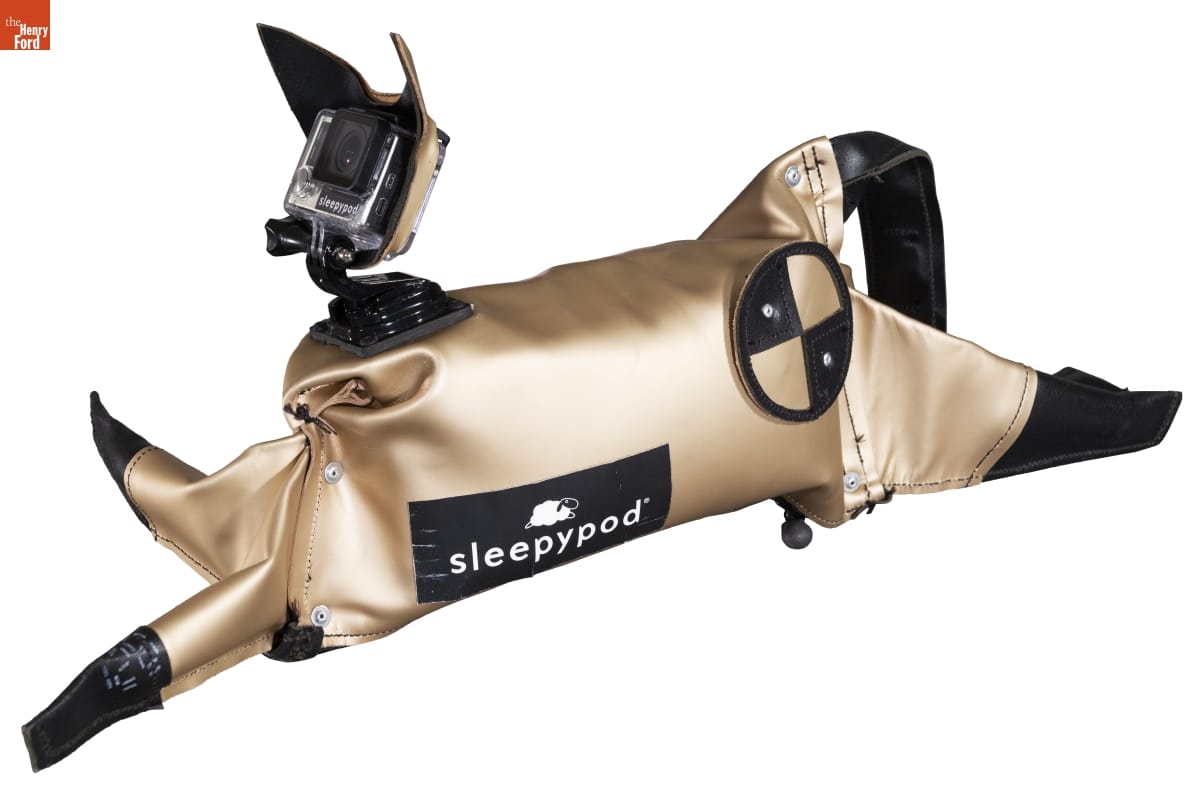 In January 2020, MAX2 and CLEO made it to their new home at The Henry Ford, by way of arrival at our relatively new Main Storage Building (MSB). In previous years, objects would arrive at the curatorial offices in the Benson Ford Research Center, where they would be deposited in a small holding room until formally approved and accessioned; they would then be taken elsewhere for storage. MSB, however, is equipped with two rooms dedicated to new acquisitions—one where objects can be examined by our conservation staff to make sure they do not pose a risk to other objects (via issues like insect infestations), and another where “clean” objects can be stored on compacting shelving until they are accessioned and assigned a permanent location, typically within the same building. Utilizing MSB in this way not only helps us keep better track of pending acquisitions, but also saves time and effort on behalf of our Collections Management team, as they have less distance to move objects after they have been accessioned.

Matt began prepping MAX2, CLEO, the carrier, and associated material for presentation to Collections Committee, the group responsible for approving all additions to the collections of The Henry Ford. In order to make his case for adding these crash pets to the collection—after all, “adorableness” is in the eye of the beholder, and not an adequate justification for acquisition—Matt pulled together information on Sleepypod’s history, the development of MAX2 and CLEO, and the historical significance of a pet carrier designed with safety in a moving car in mind (an advancement that shows the next evolution of transportation safety, now that human lives have benefited from crash test technology). All of this was distilled into a short write-up, intended to give the committee a broad overview of the potential acquisition and the rationale behind suggesting it. 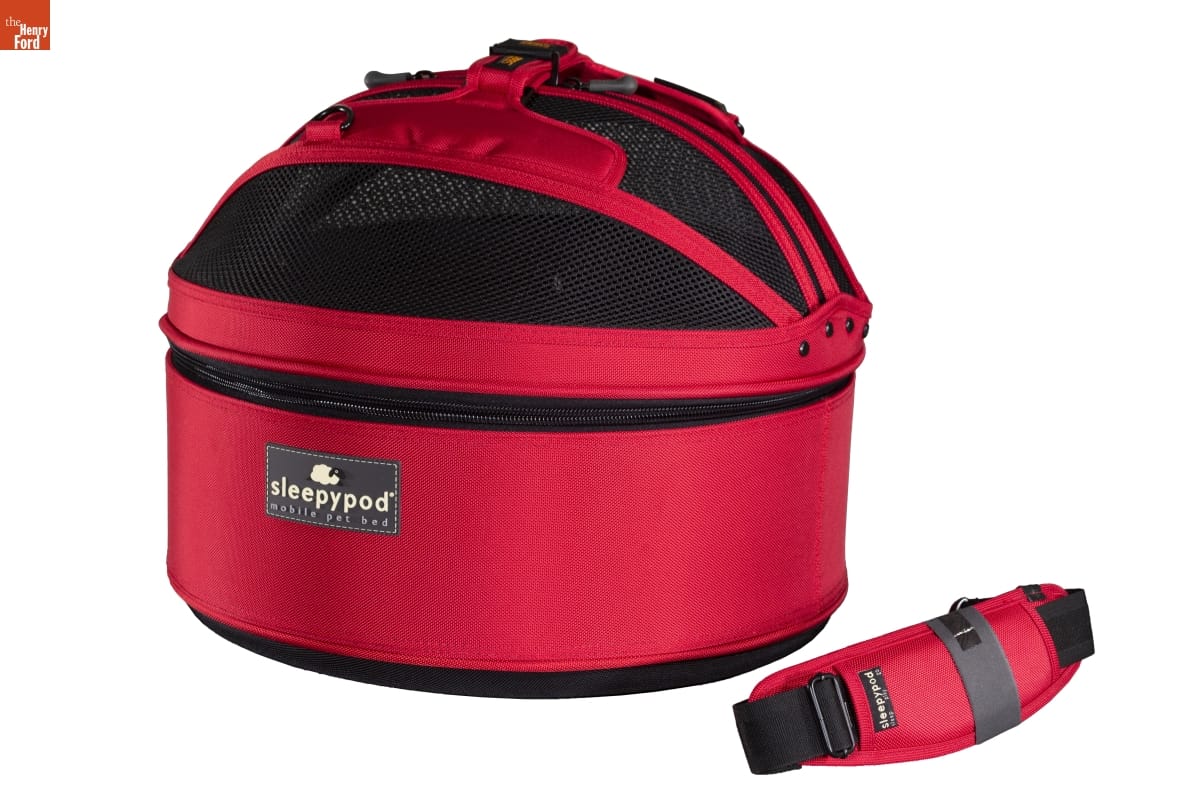 Collections Committee—likely won over by a combination of Matt’s thorough and engaging write-up, and the surprise guest appearance of MAX2 and CLEO as meeting attendees—approved adding MAX2, CLEO, the Sleepypod carrier, and the associated marketing material to the collection. The group of items was assigned an accession number—2020.31, denoting that it was the 31st accession group brought into the collection in 2020—and the registrars assigned each of the 3D objects a number within that group: 2020.31.1 for the Sleepypod pet carrier, 2020.31.2 for MAX2, and 2020.31.3 for CLEO. The photography studio photographed MAX2, CLEO, and the carrier, so that the objects would be ready to go up on our Digital Collections page, which provides photos and information for over 100,000 items (and growing) in The Henry Ford’s collection.

After the Collections Committee meeting, there was one final step to officially transfer ownership of MAX2 and CLEO to The Henry Ford: completion of deed of gift paperwork. Generated by the Registrar office for all donations that become part of the collection, the deed of gift serves as a legal document that formally transfers ownership of an object to The Henry Ford. It also provides an opportunity for donors to indicate how they would like to be credited if the object is ever exhibited, published, or otherwise presented to the public. Once this paperwork is completed by a donor and returned to The Henry Ford, the acquisition process comes to an end. 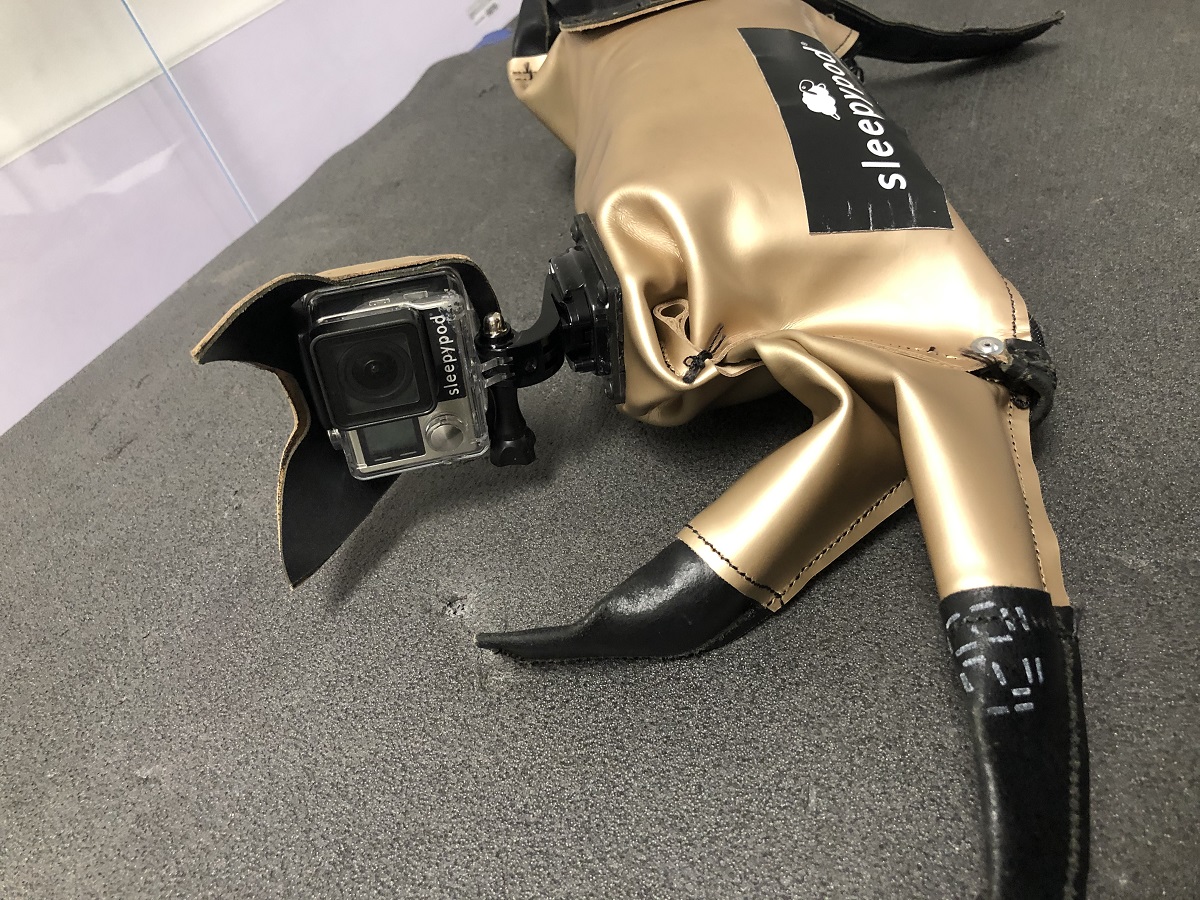 CLEO relaxing, waiting to be moved to her new home by her new owners / Photo courtesy Sophia Kloc

Although MAX2 and CLEO are certainly unique objects, the process by which they came to be part of The Henry Ford’s collection is the same one that every object must take. Although some acquisition offers (like the Sleepypod donation) result in a quick turnaround, others require more thought and research; while the process itself remains the same, the timeline is unique from object to object.

Without the wide variety of offers that The Henry Ford receives, our collection would not be what it is today. Sometimes the most interesting items we acquire are ones we would not have thought to look for, had someone not sought us out with an opportunity. Although we cannot accept everything—over 90 years of collecting means that many things are already represented in the collection, and other items just may not be a good fit for one reason or another—we always take the time to review the offers we are sent, never knowing when the next exciting acquisition may appear.

If you, too, are interested in providing an addition to the collections of The Henry Ford, information on how to start the process can be found here.

collections care, philanthropy, cars, by Rachel Yerke, #Behind The Scenes @ The Henry Ford